Lego games, who doesn’t enjoy these charming, hilarious, and addictive titles? At Pocket Tactics, we certainly do, especially when they’re set in a galaxy far, far away. However, the beauty of this series of games is that it takes many famous IPs, blocks them up, adds some unique hilarity, and sets you off on a different yet familiar adventure.

There are many Lego games out there, but we’ve built many bridges and travelled far and wide, to bring you the best of the bunch on Switch and mobile. No need to thank us, everything is awesome when you work as a team, right? Anyway, prepare yourselves to visit dinosaurs, planets, and be the villain you secretly want to be – it’s good to be bad.

If the block life isn’t for you, we understand. Just mosey on over to our list of the best Disney games to let it go with some magic. Or, you could check out our picks for the best open-world games, games like The Witcher 3, and games like Dark Souls if you’re after a grand adventure that takes you to different lands.

Without further ado, here’s our picks for the best Lego games on Switch and mobile.

The best Lego games on Switch and mobile 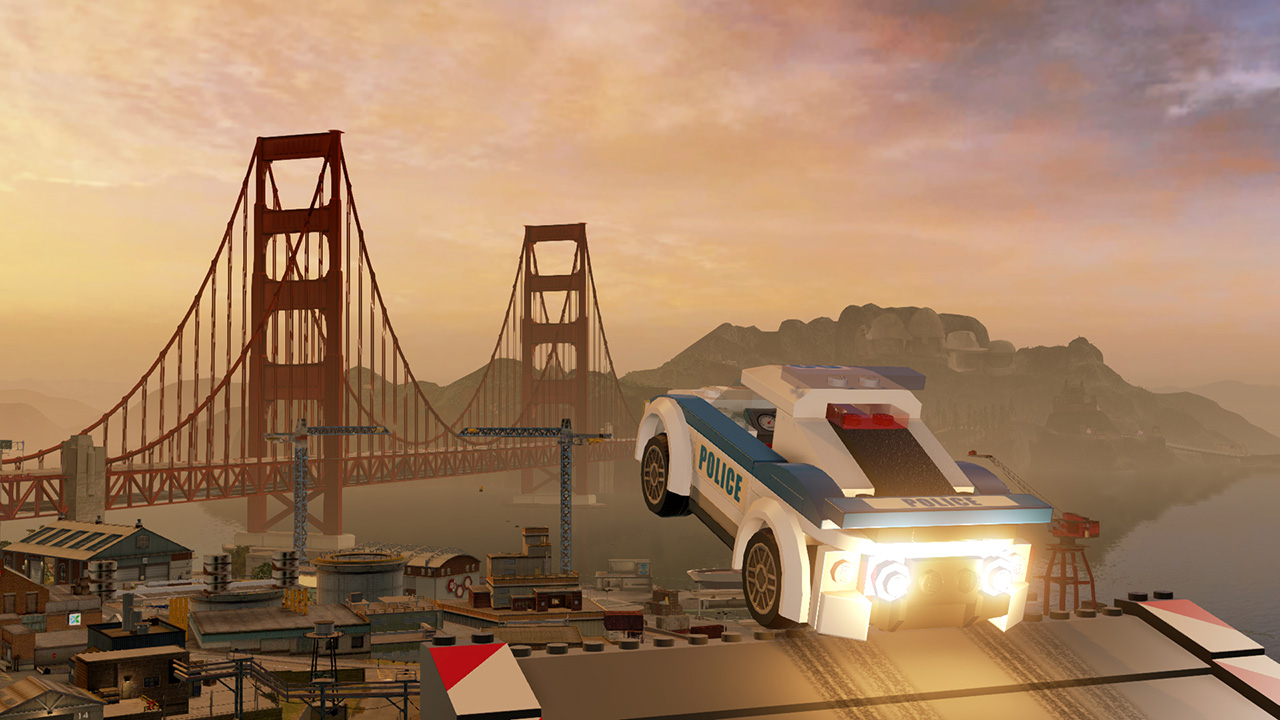 It’s time for GTL – Grand Theft Lego – except, instead of playing as a criminal, you take on the role of Chase, an undercover cop that wants to make the world better by blocking up one criminal at a time. Honestly, this is a fantastic Lego game, and it offers something a bit different given it’s not based on a famous IP. Rather, it’s a fresh idea that puts you in a fantastic open world – even if it looks like a bit of wasteland with all the buildings you demolish. 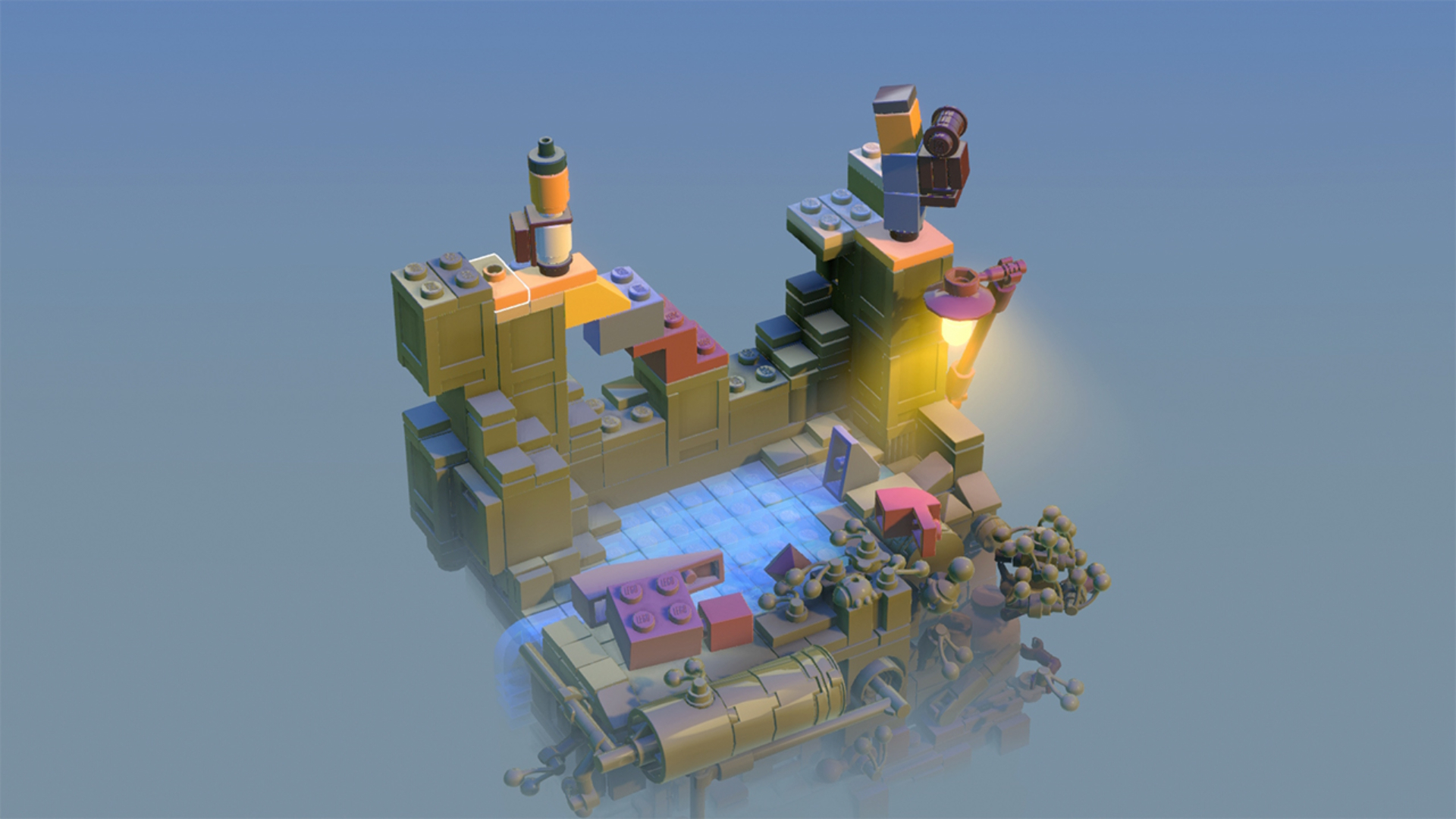 Wow, what a chill game. This is the type of title you play to forget your worries and relax. However, while it gives this vibe, there’s a deeper meaning to Lego Builder’s Journey if you look for it. At its heart, this puzzle game is a coming of age story, but it’s done in a way that encourages creativity, all with a soundtrack that brings the experience together seamlessly.

Lego Builder’s Journey is available through Apple Arcade, and is also on Nintendo Switch – whichever platform you choose, just know that you’re in for a fantastic time with one of the more unique Lego games. 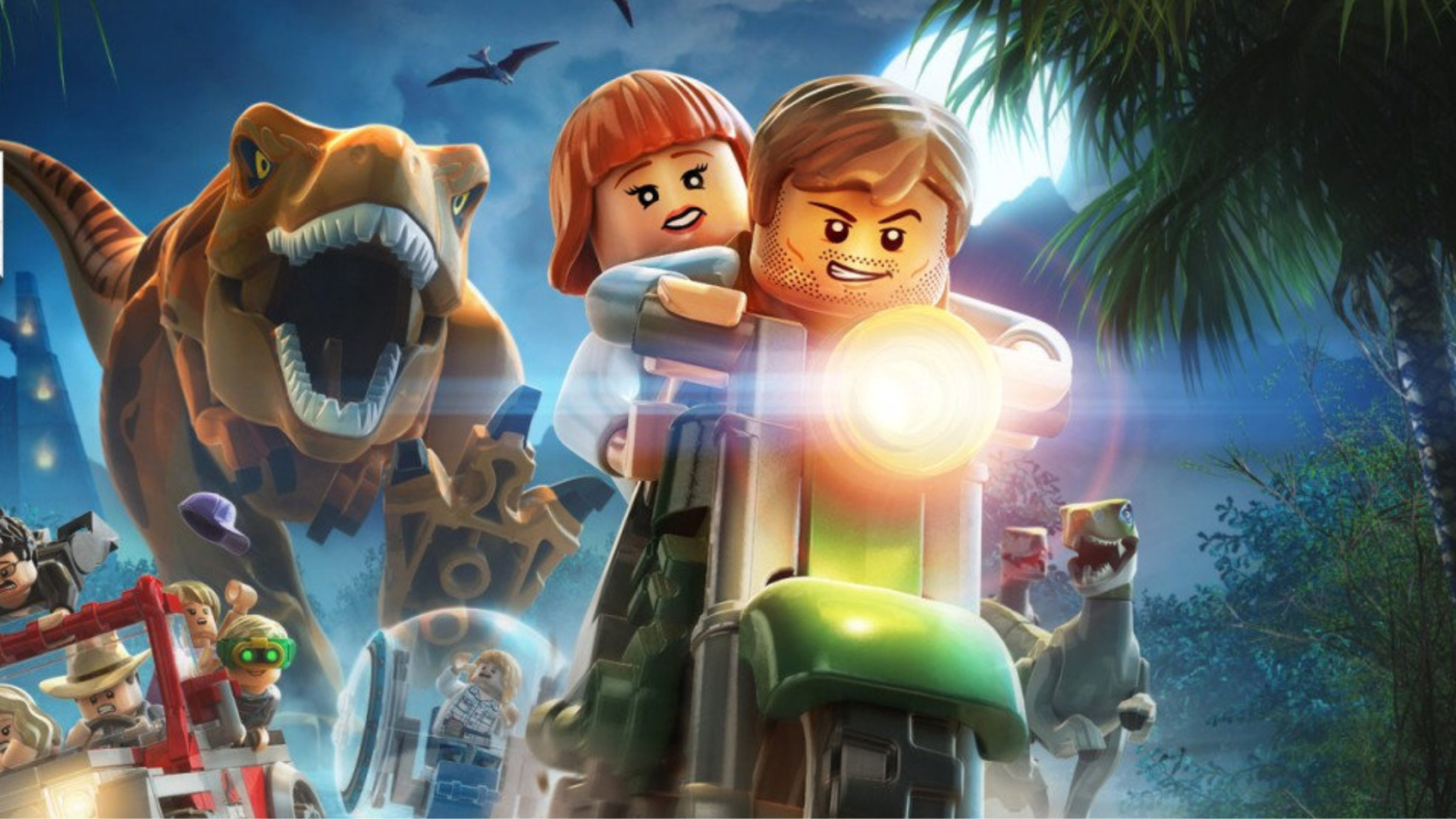 Lego dinosaurs. I don’t feel like I need to say anything else, to be honest. As with every other Lego game like this in existence, there’s an abundance of characters for you to collect, and best of all, Lego: Jurassic World lets you play as dinosaurs, and that’s so much more appealing than playing as Chris Pratt.

Lego Jurassic World follows the plot of the movie, with a few changes to make room for the traditional charm that we all love about these titles. Then there are all the collectables for you to find. Honestly, there’s so much content here that it’s a dino lover’s dream. We also happen to have a Lego Jurassic World dinosaurs list, so you know which beasties you can use. 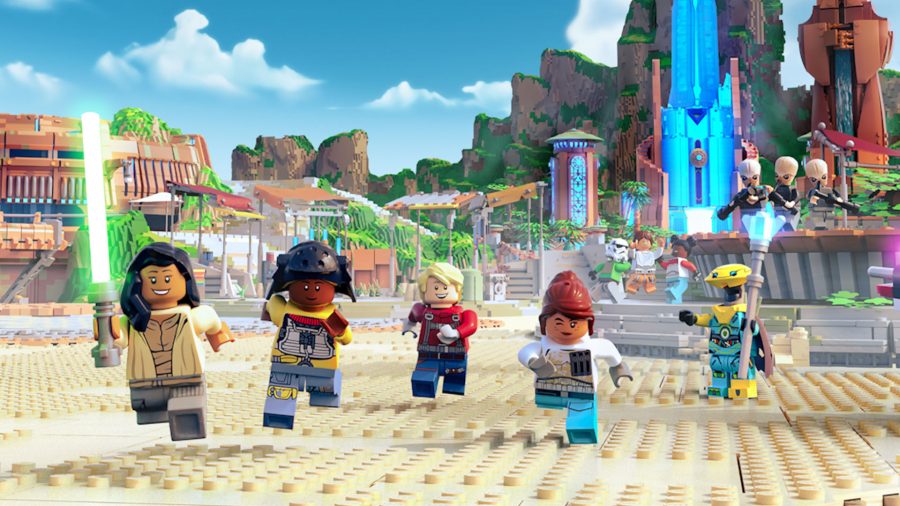 WILSON! Oh, wait, wrong galaxy. Right, just picture this, you’re travelling through unknown space, minding your own business, then bam, everything turns to black, and you wake up on a strange beach. Sure, it could be worse – at least you can work on your tan while you try to understand what’s going on.

Soon enough, you become part of a civilisation, and that’s where the fun begins. After creating your character and working through a tutorial, you have complete freedom. You can explore luscious blocky landscapes, for friendships, go on adventures, and make a life for yourself here – or try to find a way off the planet.

If you’re still not convinced, our enlightening Lego Star Wars: Castaways review explains how fun this journey is, and it might just make you realise things you never knew about yourself. 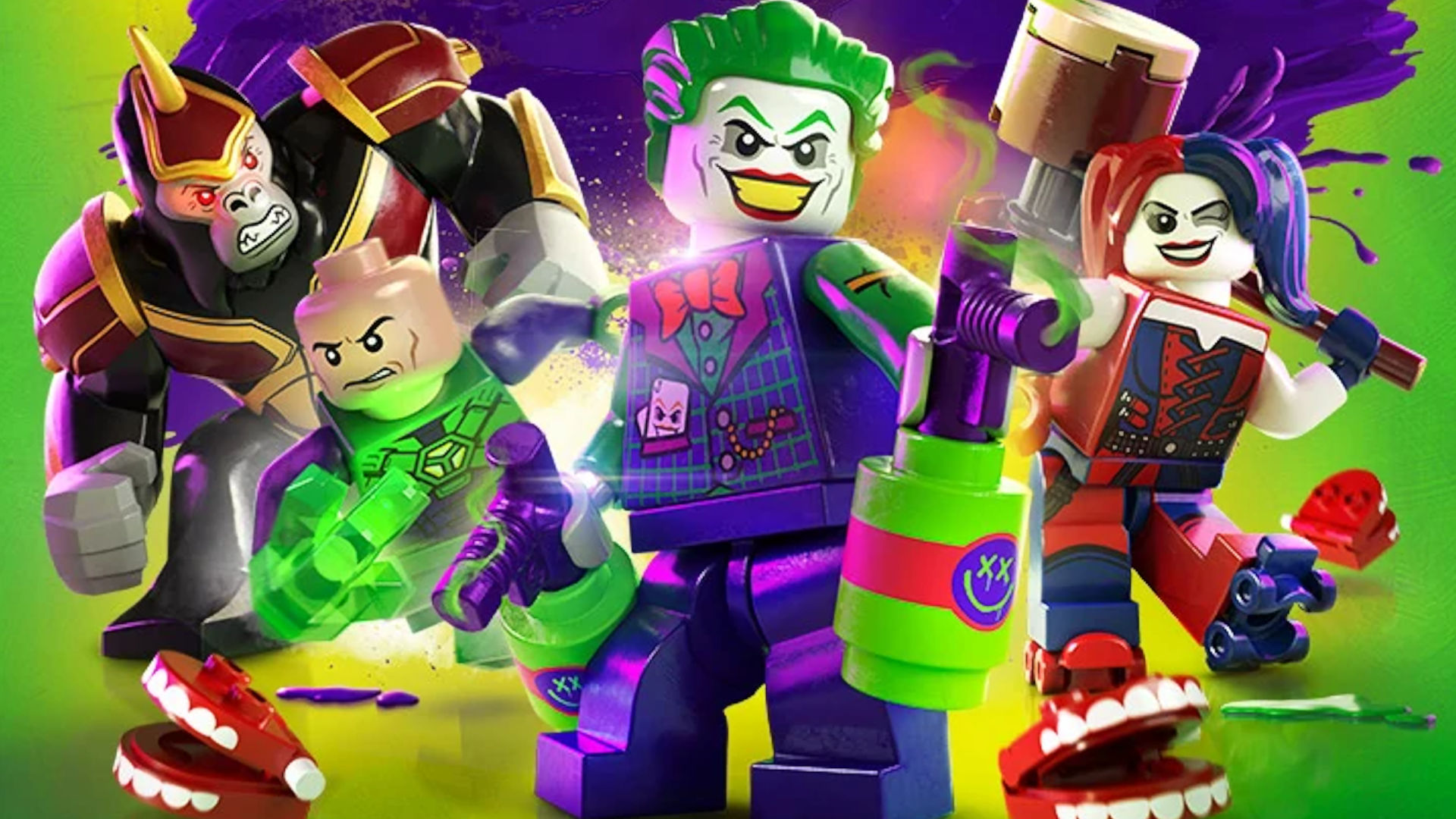 Oh, how it’s good to be bad. We all know that the villains have more fun, and Lego DC Super-Villains proves that in the best way, even when performing heroics and banding together to stop an even greater evil, the way in which this hilarious cast goes about their business is a joy.

I’m unashamed to admit how much I love Harley Quinn, so anything that has her in it to the extent DC Super-Villains does is a winner in my book. However, that doesn’t mean I don’t appreciate the rest of the characters – who doesn’t want to play as the delightful, albeit psychotic, Mr J. If you’re more of a goody goody (how boring), you can also play as a range of heroes such as Batman, Superman, and Wonder Woman.

The story really is fantastic, it’s full of comedic value, and on the whole, DC Super-Villains is the second-best Lego game in my book – please reach the end of the list to discover the best one, and no, it isn’t up for debate. We also have a Lego DC Super-Villains codes guide should you be after more villains to run amok with. 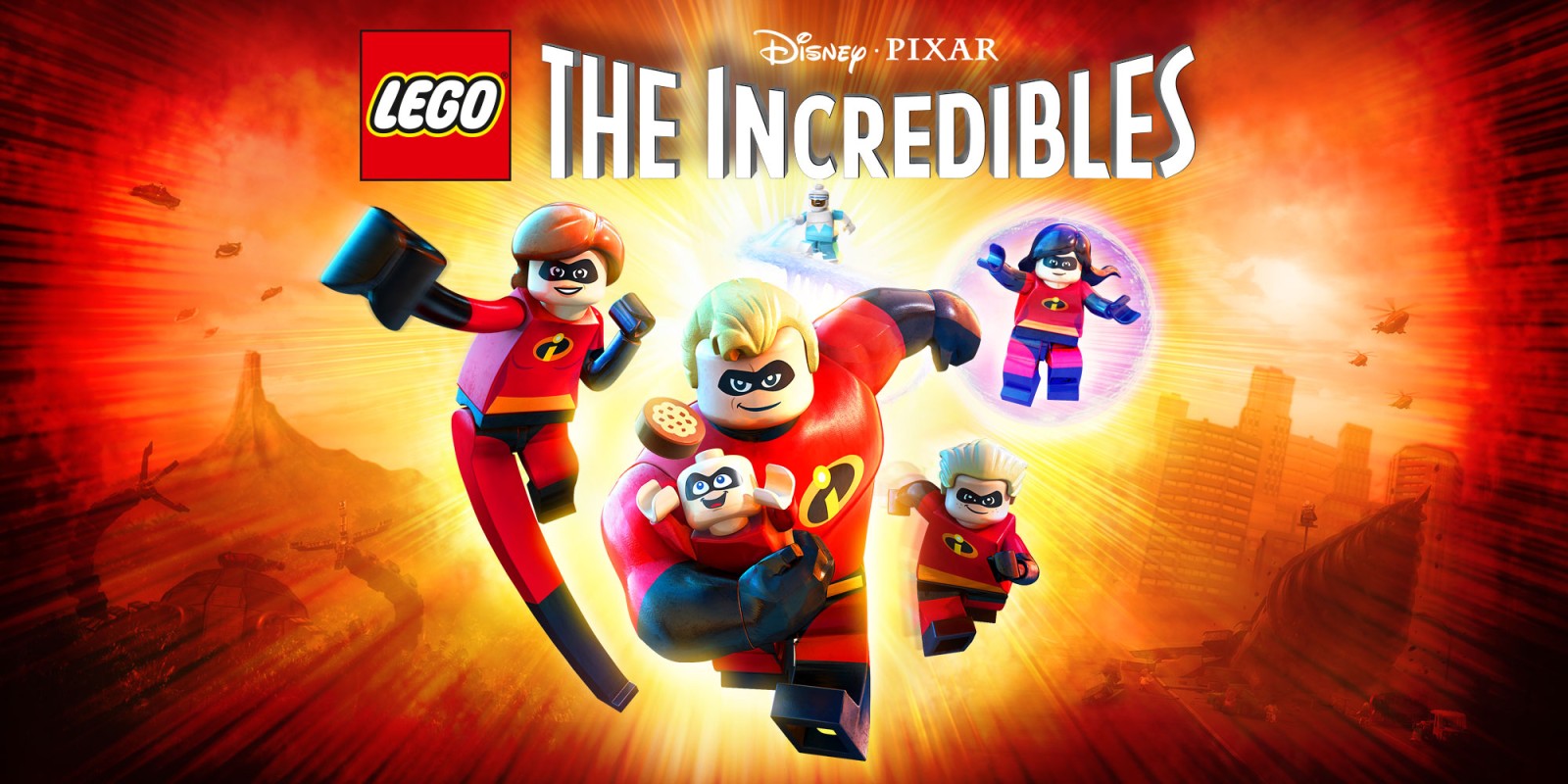 Who doesn’t love The Incredibles? For the longest time, we all asked for a sequel, it might have taken 14 years, but in 2018, the superhero family made a triumphant return. Better yet, it’s not just the second movie that saw release, as the family dashed their way onto the small screen, in an all-new blocky glory, courtesy of TT Games and its beloved Lego series.

Lego The Incredibles is one of the best Lego games out there, and is a must-own if you’re a fan of blocks, heroes, comedy, and a charismatic family. The game features both movies, and TT Games capture the crucial points of each film perfectly, while seamlessly blending it with the hilarity we expect from Lego games. There are many characters to collect, an open world to explore, and well-designed levels that beg you to replay them. 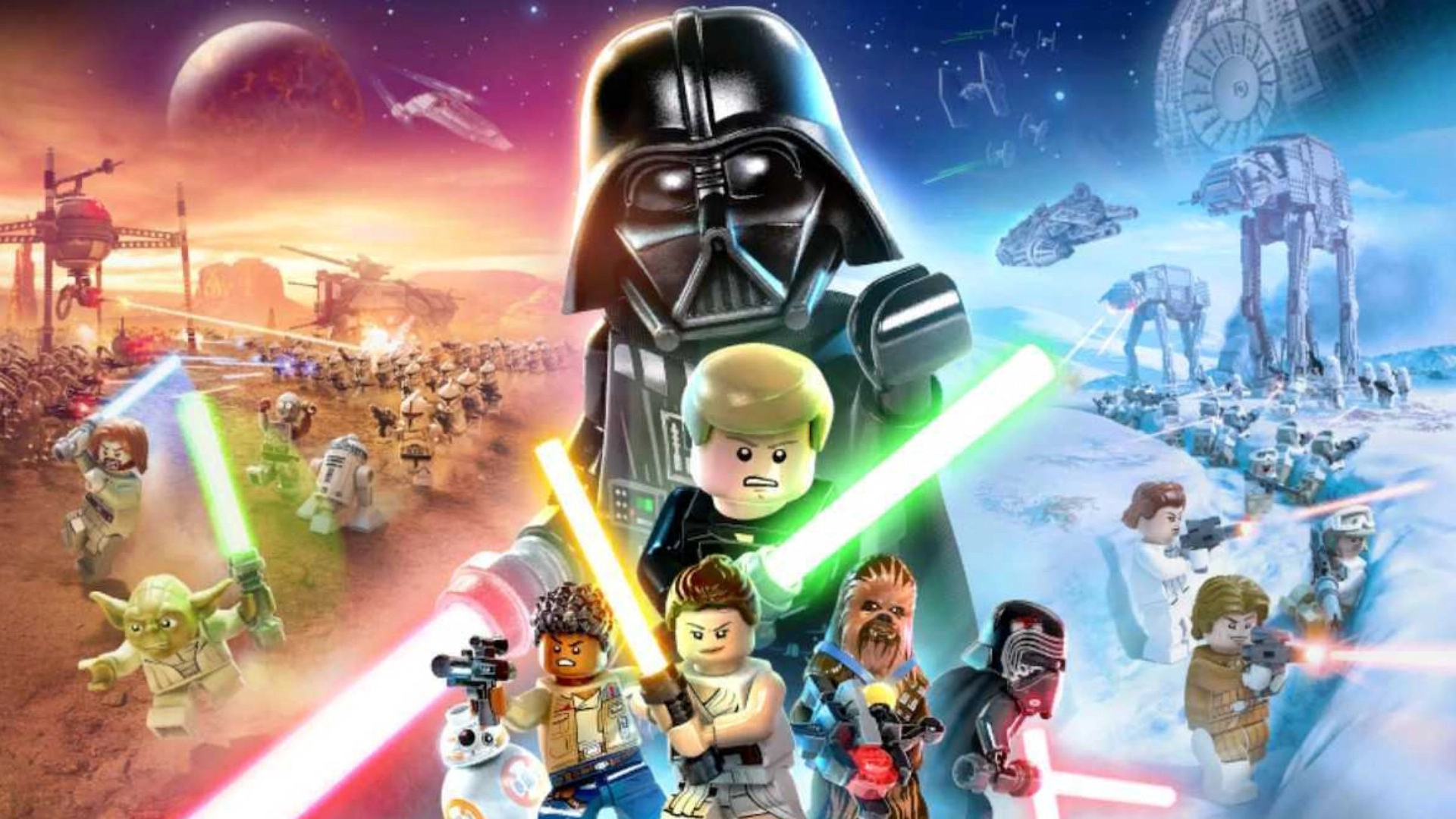 Mesa think this is the best game set in a galaxy far, far away, and you should really play it okieday. Seriously, this is the definitive way to experience Lego Star Wars, as The Skywalker Saga features all nine of the mainline movies, each of which has plentiful content, ranging from primary missions to side quests, races, space battles, and, of course, collecting characters, minikits, and more.

Everything about the game is spot on, TT Games breathed new life into the series, and it’s about time, given entries in recent years are a bit stale – this isn’t to say they aren’t fun, but freshening things up is certainly a good thing.

There you have it, the best Lego games on Switch and mobile, we hope you have a blocky good time. Of course, if you truly want to prove that you’re a survivor, you should face the hordes in our picks for the best zombie games on mobile.