The survival genre is a hard one to pin down, with a lot of different interpretations and plenty of different options. Some are more methodical, some a bit more… deadly, but no matter how you get your thrills, you’ve got plenty to choose from with your Nintendo Switch.

Get gruesome with your gaming with plenty of zombie-survival choices, there are a wealth of great Resident Evil titles all on one platform. Or, if you’re after something slightly more relaxing, Minecraft and a few titles like it offer a different spin on the survival genre and a wide breadth of options at your disposal.

There are even fantastic ports of modern survival classics, with Dying Light and Ark Survival Evolved bringing some further flavour to the survival options on Switch. So, whatever it is you’re looking for in a survival game, let us help you with our guide to the best Switch survival games.

Here is our guide to the best Switch survival games: 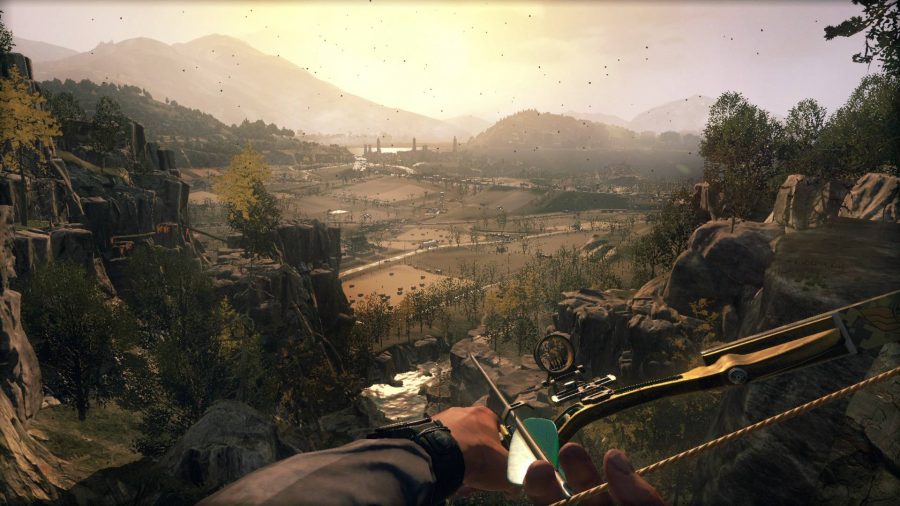 One of the more recent entries on this list, Dying Light: Platinum Edition brings the open-world survival smash to the Nintendo Switch with all four major DLC included, as well as some platform-exclusive features.

You can enjoy HD rumble and motion controls, all with both local and online co-op included. This frantic zombie survival game brings a lot of energy to the genre with parkour elements on top of great gunplay, and the Nintendo Switch port runs fantastically as well.

For our full thoughts, be sure to read our Dying Light: Platinum Edition review. 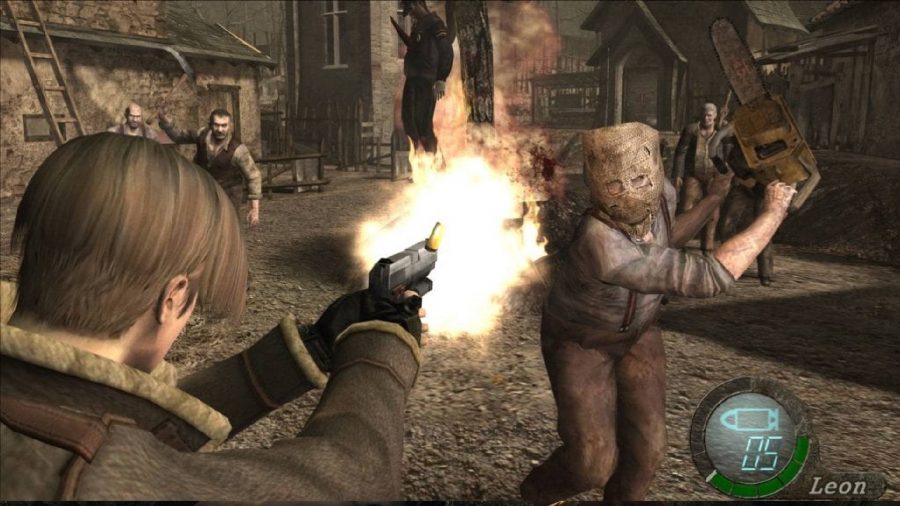 The horror classic has been ported to just about every platform under the sun, we’re surprised it isn’t included on most smart fridges, but that’s because it’s an unmissable survival-action title that still holds up today.

Leon Kennedy is on a mission to save the president’s daughter in a remote European village. Things quickly go awry, and Leon finds himself battling the forces of evil again with a new strain of zombie that’s out for his blood. Truly one of the best games in the genre by a country mile, if you haven’t played it by now you’re missing out. And if you have, maybe it’s time for another run! 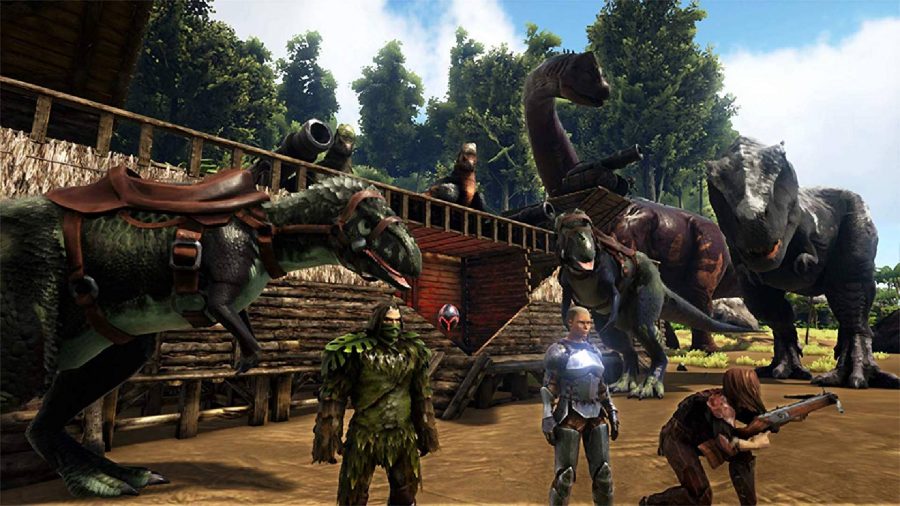 This open-world survival title adds the one thing that makes any game better, dinosaurs. You’re tasked with building a base, crafting fire, and sourcing weapons, but also have the ability to tame and feed dinosaurs.

Exploring the Ark is a blast, and while it still has a lot of survival elements, this is a slightly more silly entry that isn’t afraid to have some fun. To be honest, it would be great if the Switch version ran better, but if you don’t own another console this could still be the best way to play the game for you. 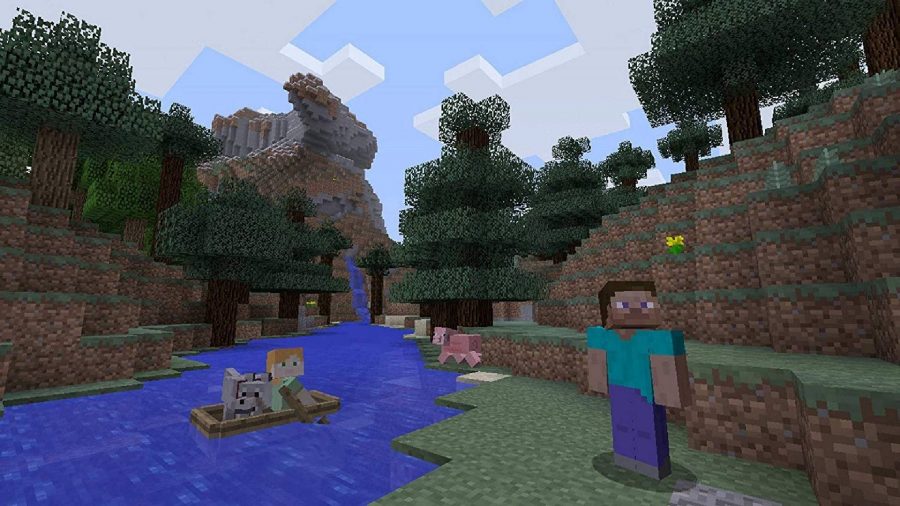 One of the biggest games on the planet, Minecraft is successful for a reason, and remains a fun game to play, whether you want to build a life-size recreation of Disneyland or want to spend a night cowering while hiding from creepers.

Your first night in Minecraft is always a scary one, as you scramble to gather enough resources while fighting off enemy mobs, and it’s quite some time before you’re completely safe. It’s hard to imagine anyone hasn’t played Minecraft, but just in case you need persuading, this is still a fantastic survival game that lets you build the world of your dreams.

If you do get stuck into Minecraft, let us help you with our Minecraft diamonds guide or our Minecraft houses guide to build the very best real estate you can. 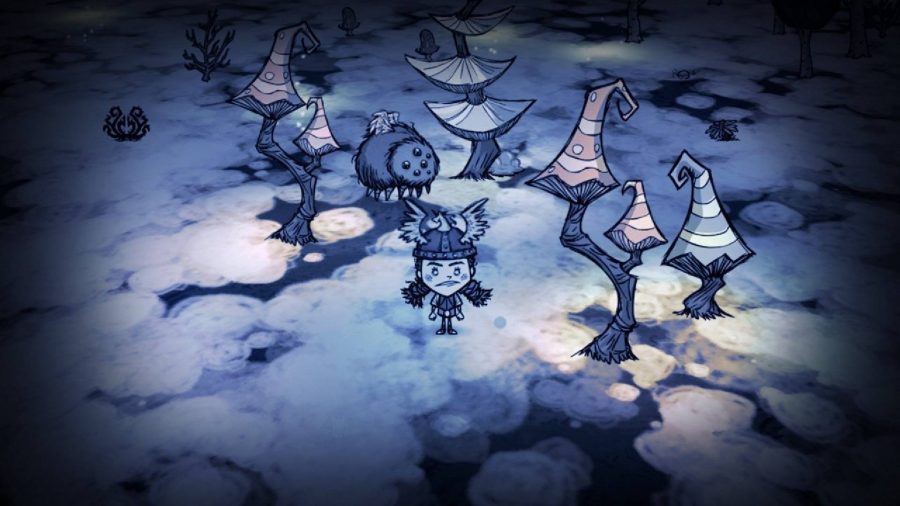 One of the crueller entries in this list, and a game where the main goal is all in the name. Try and survive the night by crafting light sources, or developing your science skills to build bigger and better contraptions to keep the beasts at bay.

You can grow crops and tame animals, though don’t expect the game to guide you too much… See how long you can last on any run and try your best to stay alive. But above all else, Don’t Starve. 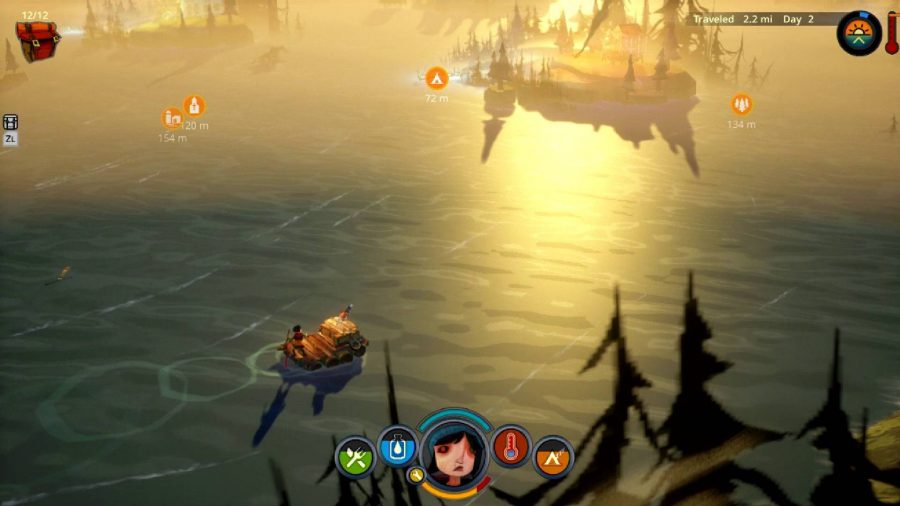 The Flame In The Flood

Playing as a woman called Scout, you set off on a post-apocalyptic adventure with your dog, trying to survive as you travel down an unruly river. This rogue-like title throws a lot of deadly things at you, with enemies in each and every corner, meanwhile you need to manage your tiny inventory and try to craft the tools you need to survive. It’s also presented with a gorgeous painterly art style that adds a certain amount of emotion to a heartfelt tale of hope and survival. 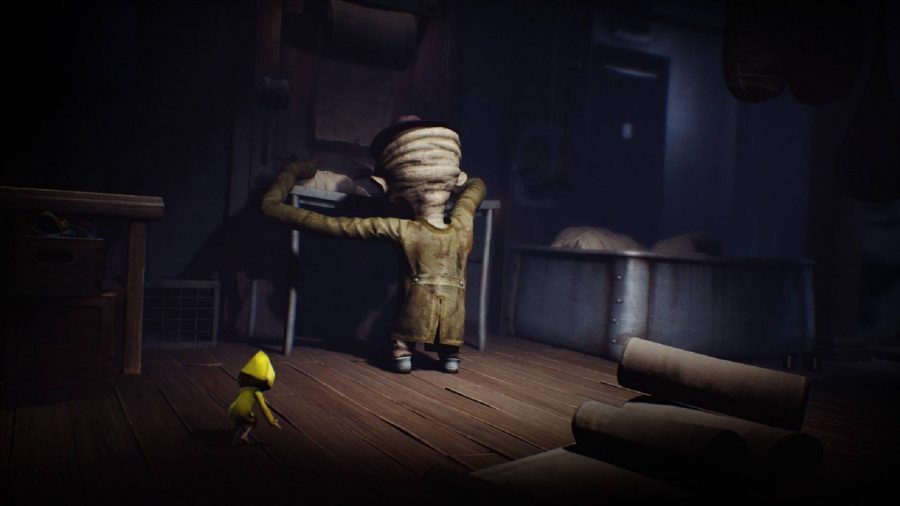 This survival horror entry has a dark story with a moody atmosphere and some unsettling, unforgettable moments throughout. Playing as a child trying to escape a mysterious facility, you adventure through 2D side-scrolling levels filled with enemies trying to grab you and throw you back into the cage you escaped from.

It’s got a grotesque, almost claymation style that’s reminiscent of The Nightmare Before Christmas, or if Wallace & Gromit was designed to scar children for life. It’s a short game, but a standout one, and there’s always the sequel if you need even more.

Nintendo Switch owners looking for another fix, but perhaps a slightly less stressful one, be sure to check out our best Switch simulation games guide.