January 24, 2022 We’ve updated this guide with info on which Android devices support Fortnite at 90fps.

Epic finally released Fortnite, the world’s biggest battle royale shooter, on Google Play in 2020, ending a Mexican stand-off that lasted around two years. Now, it’s reverted back to the status quo, as Google has booted Fortnite off Google Play after Epic broke its terms and conditions. You can read more about it on our Fortnite v Apple feature.

The Fortnite Android situation has always been a bit messy, to say the least. The world’s biggest battle royale shooter actually arrived on mobile all the way back in 2018, with the iOS version landing in April and Android a few months later in August. There was a problem though. Rather than just head on over to Google Play and download it, like you could on iOS via the App Store, you had to actually grab Fortnite directly from the official website.

And now we come full circle, with Fortnite no longer available on Google Play. So, we’ve updated this guide with the myriad of different ways you can still play Fortnite on Android.

here’s how to get fortnite on android: 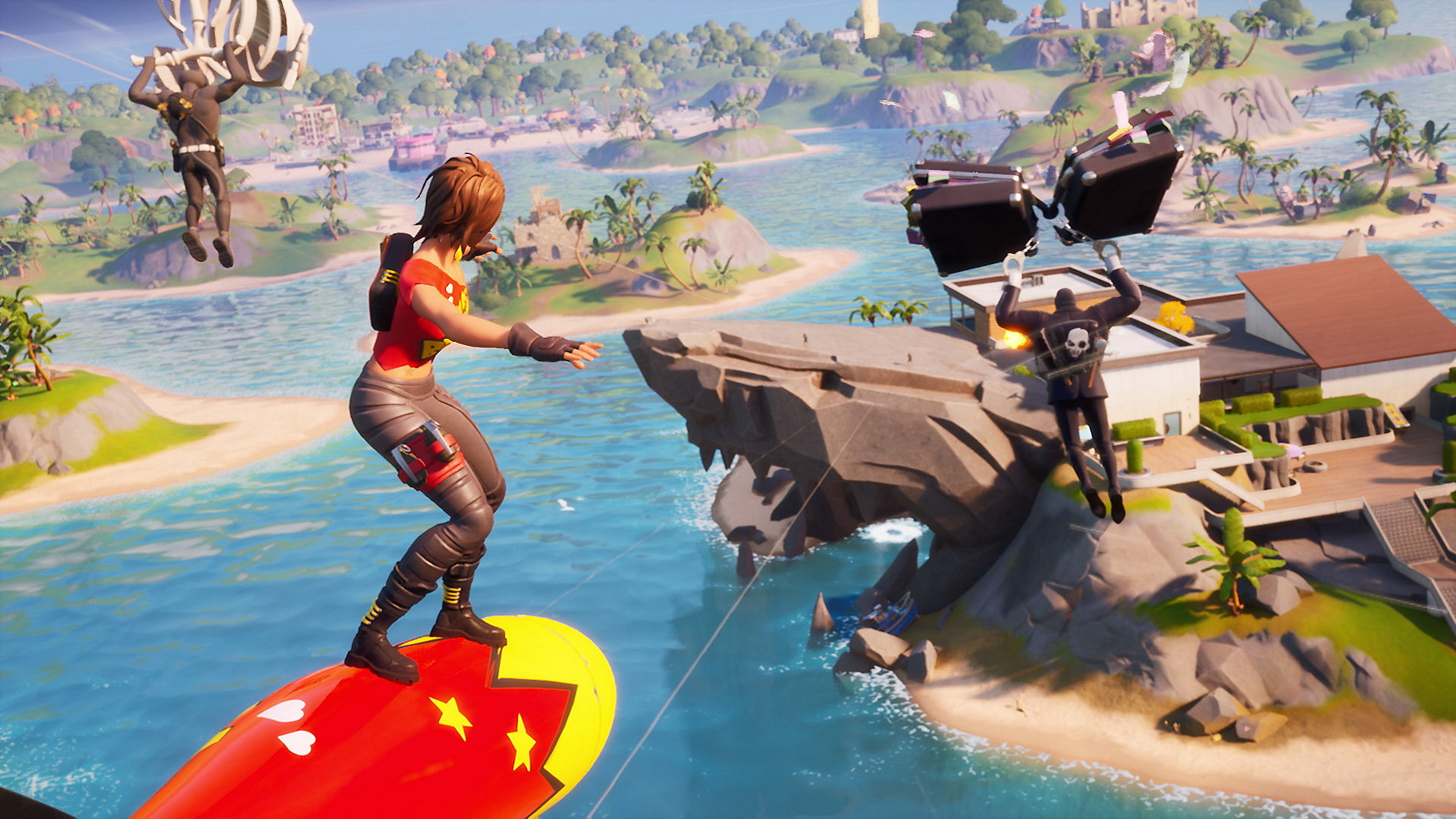 Get Fortnite on Android

Fortnite is no longer available to download on Google Play, so you, once again, have to download it directly from the official Epic site.

If you own a Samsung device, you can also grab Fortnite via the Galaxy Store.

If you’d rather not download Fortnite via the Epic site or Samsung Galaxy Store, you can grab the APK directly from our trusted source, APKPure.

Why, yes you can stream Fortnite on Android via a wide range of apps. Given that there’s no real difference between Fortnite on mobile and PC, the only real need to do this is if your phone isn’t powerful enough to support 60fps play.

In fact, you don’t even really need a PC, as you can use GeForce Now to play games that you own on PC from Nvidia’s servers.

Here are a list of streaming services you can use to play the PC version of Fortnite on your Android:

Now, we’ll answer a bunch of questions you may have regarding playing Fortnite on Android.

Fortnite Android: Does it support crossplay?

Yes, once you’ve signed into your Epic Games account within Fortnite on your Android device, you can play with your friends no matter the platform you’re each playing on. All of your progress between platforms is persistent, which includes your statistics, purchased content, and more.

Fortnite Android: Can I use a controller?

Indeed you can. You can play Fortnite with your favourite Bluetooth controllers on Android, allowing you to keep up the pace with your friends on console.

Fortnite Android: Can I play with a mouse and keyboard?

Sadly, there’s no official support for this right now, and we thoroughly recommend not trying it as Epic is likely to just kick you from the match.

Fortnite Android 60fps: Can I play Fortnite on Android in 60fps?

Fortnite Android: CAN I PLAY FORTNITE ON ANDROID IN 90FPS?

Yes, you can indeed play Fortnite on Android at 90fps, provided that you own one of these devices:

If you are looking for some other games like Fortnite, check out our list of the best mobile multiplayer games. We also have great lists for both the best Android games, and the best iOS games!