A cutscene for the upcoming Genshin Impact Moonlight Merriment event has leaked, and eagle-eyed fans have spotted a new character called Yelan, who is an exact lookalike for Fu Hua, a character from Genshin’s sister game, Honkai Impact 3rd. But who is she?

Genshin Impact Yelan isn’t the first Honkai Impact character to grace the popular RPG. Yae Sakura from Honkai appeared as Genshin Impact’s Yae Miko, and Raiden Mei from Honkai transformed into Genshin Impact’s Raiden Shogun. It’s no surprise, then, that Genshin Impact’s Fu Hua, a big fan favourite from Honkai, will burst into Genshin in the future. In this guide, we aim to answer all of your pressing Yelan/Fu Hua questions, including her release date, banner, build, and skills – we’ll update as new info comes out, so be sure to check back.

If you’re a big Genshin nerd and want to keep on top of other new characters, check out our guide for Genshin Impact’s next banner. We also have a handy Genshin Impact tier list, and a Genshin Impact codes list for those of you who need a couple of extra primogems.

At the moment, we’re not sure when you’ll be able to play as Yelan in Genshin Impact, though of course Fu Hua is available in Honkai Impact 3rd right now. We do know that the leaked cutscene she appeared in was for the Moonchase Festival, which will take place in Liyue Harbor sometime soon – so we can only hope she will become available in Genshin Impact 2.2. 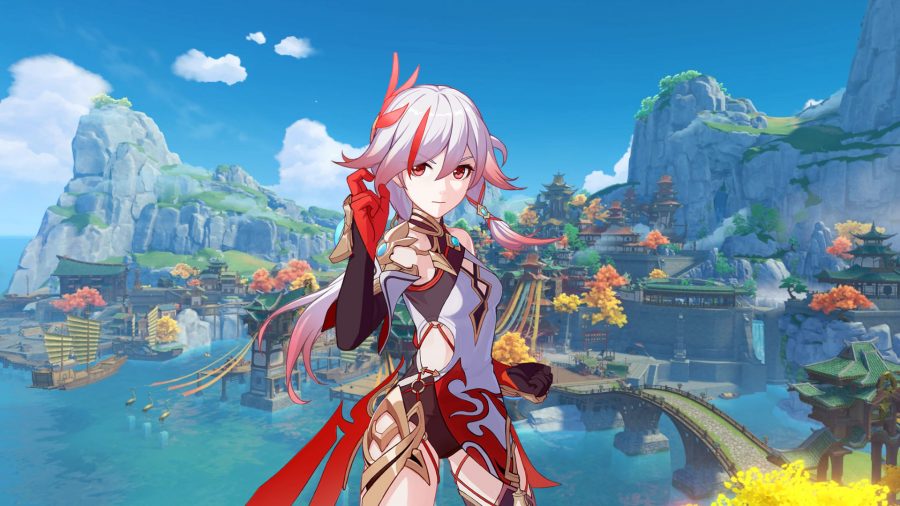 Who is Genshin Impact’s Yelan?

We also don’t know much about who Genshin Impact’s Yelan is, aside from the fact that she seems to be strongly linked to the Moonchase Festival. She appears to be wielding a polearm in the cutscene, and her clothes, stance, and fighting style have led fans to believe she may be a part of the Guhua clan, though, of course, as this is a leak, all of this information is subject to change.

Who is Fu Hua in Honkai Impact?

In Honkai Impact 3rd, Fu Hua is a previous member of the Fire Moth organization in the last civilization. She’s one of the few survivors who faced off against the Final Herrscher. She later became the guardian of Shenzhou, earning the title of The Sage and devoting her life to eliminating the Houki. Fu Hua’s age is classified, but she is said to be over 50,000 years old, despite looking 17 in appearance.

And that’s all we know about Genshin Impact’s Fu Hua or Yelan at the moment. Make sure you keep this page bookmarked, as we will update it with any further information we receive on the upcoming character. While you wait, why not check out our list of the best mobile RPGs to find something new to play?