Way back in the Genshin Impact 1.5 livestream, we got our first glimpse of a mysterious, pink-haired fox lady, and fans everywhere went wild. Later revealed as Yae Miko, this stunning kitsune has become a staple on many players’ whislists, and an important figure in the Traveler’s ever-turbulent journey.

As the Guuji of the Grand Narukami Shrine and owner of Yae Publishing House, Genshin Impact’s Yae Miko‘s elegant and beautiful appearance belies an intelligent and cunning personality fitting of her kitsune heritage. She has nestled herself deeply into the lore of Teyvat and Inazuma, and we can’t wait to take this lovely fox lady out for a spin.

If you want to keep up to date with upcoming characters, check out our Genshin Impact next banner and Genshin Impact update guides. We’ve also got a handy list of Genshin Impact codes to keep your wallet lined with freemos, and a Genshin Impact event guide so you can keep track of what’s happening in Teyvat.

Yae Miko wields an electro vision and a catalyst. She is capable of providing both constant damage off-field and high burst damage on-field. 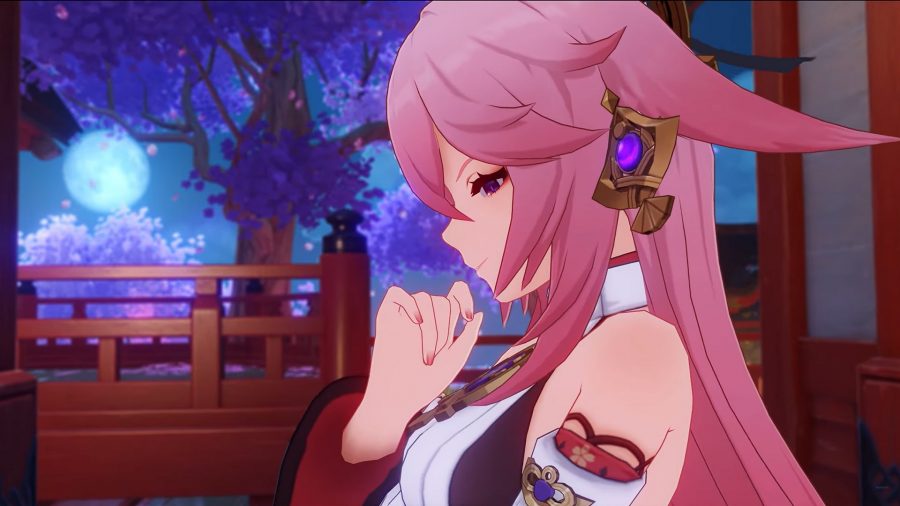 Alongside Yae Miko, Mihoyo has released her signature, five-star catalyst called ‘Kagura’s Verity’, which is available on the weapon banner running concurrently with our favourite fox lady.

We predict that the Skyward Atlas and Lost Prayer to Sacred Winds catalysts will be suitable replacements if you can’t get your hands on Kagura’s Verity.

We recommend you give Yae Miko two items from the Thundering Fury set and two from the Gladiator’s Finale set. 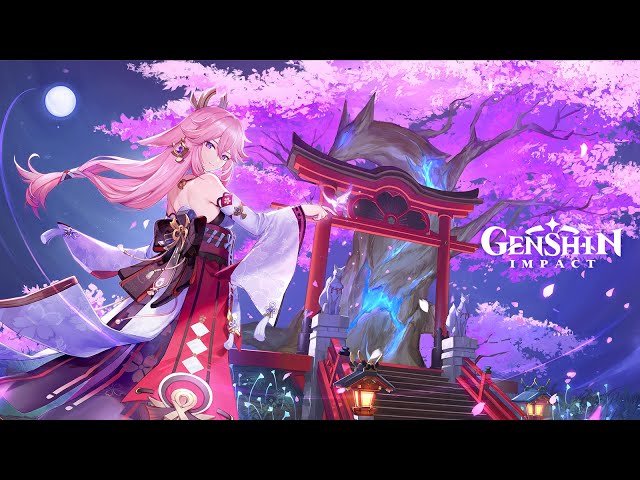 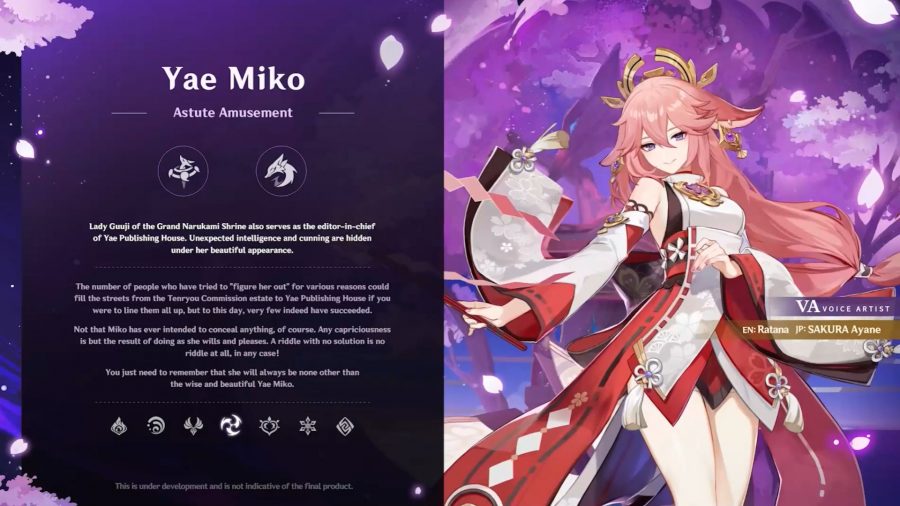 You can level up Yae’s constellations after receiving her as a duplicate when making a wish. Here’s every bonus you receive when activating them.

Dragonheir’s false fins can be farmed from level 30+ bathysmal vishaps, the new boss on Enkanomiya, and sea ganoderma can be found around the shores of Inzauma. You can purchase handguards from the Stardust Exchanged, or they’re dropped by Nobushi (the samurai of Inazuma).

The Japanese voice actor for Genshin Impact’s Yae Miko is Sakura Ayane, whereas her English voice actor is Ratana.

That’s all we know about Genshin Impact’s Yae Miko as of now. Make sure you keep this page bookmarked, as we will update it with any further information we receive on the Genshin Impact character.