The cast of Genshin Impact playable characters is ever-expanding, and we’re always excited to catch a glimpse of a new face or name. One of these mysterious names is Yelan, a gorgeous blue-haired lady of luck – who just might shoot an arrow through your heart.

Genshin Impact’s Yelan is nearly here! This gorgeous, bow-wielding, hydro character is coming in the version 2.7 update, and her eagerly anticipated arrival is bound to make a splash. Here’s everything we know so far, including the Genshin Impact Yelan release date, her skills, and more.

In the Genshin Impact update 2.7 livestream, Hoyoverse confirmed that the Yelan release date is officially May 31, 2022. Yelan’s banner is called Discerner of Enigmas, and takes place in the first phase of 2.7. As Hoyoverse has stated that 2.7 will run for six weeks, we estimate that her banner will end around June 21.

You can find out more about the current and next Genshin Impact banners right here on Pocket Tactics. 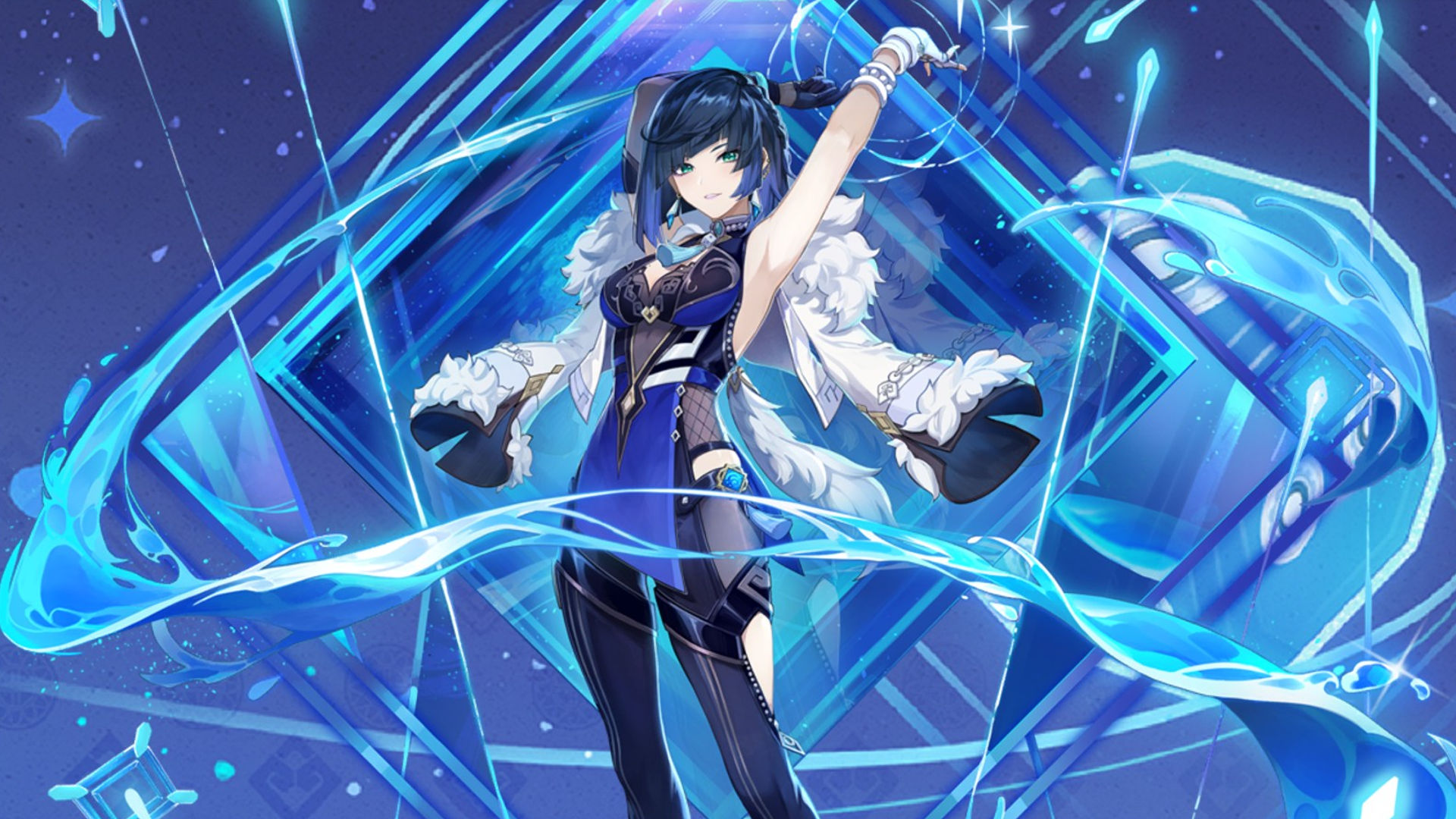 Who is Genshin Impact’s Yelan?

Genshin Impact’s Yelan is a mysterious woman who claims to work for the Ministry of Civil Affaris, but is classed as a ‘non-entity’ on their list. She runs a teahouse in Liyue, and is loved by all of her patrons due to her top-notch social skills. However, she’s known to have many different faces, and relies on acting to blend seamlessly into different social settings.

She is an avid traveller, and has been across all the seven nations of Teyvat – and she’s even spent some time in the Abyss. We’ll be able to find out more about this gorgeous, mysterious lady in the upcoming Story Quest, Umbrabilis Orchis Chapter: Act I, where some exciting secrets will be unveiled.

We’re unsure of the best Yelan build at the moment as we’ve not had the chance to get our paws on her, but we do know that she’s a bow wielder with a hydro vision, and that she’ll likely excel in a main DPS role.

Hoyoverse also announces that we’ll be getting a new five star weapon banner in version 2.7 featuring a bow called Aqua Simulacra, which we presume is tailor-made for Yelan, so that likely will be the Yelan’s best weapon.

We’ll be sure to update this guide as soon as we know more!

And that’s all we know about the elusive character that is Genshin Impact’s Yelan at the moment. In the meantime, head over to our list of the best games like Genshin Impact to find something fresh to play.