As any Kingdom Hearts fan will tell you, the series timeline is murky – both chronologically, and in terms of release dates. With so many games spread across multiple regions, versions, packages, consoles, and more, it can be difficult to know where to begin, or which order to play them in. But don’t be afraid, future keyblade master, we’re here to help. With our list of all the Kingdom Hearts games, you can get the gist of where each title falls in the series, what role they play in the overall plot, and which order is best to play them in.

Of course, even playing all the Kingdom Hearts games in order isn’t guaranteed to give you all the answers you seek – we’ve played them all multiple times and still miss things in the lore. But hey, we think skipping the odd title isn’t going to ruin your fun, so feel free to use this as more of a guide to work out which games you want to dip your toes into. Smacking heartless with a giant key and swinging from the trees with Tarzan is just as enjoyable without the context.

If you want more help on your Kingdom Hearts adventure, be sure to check out our guides to all the Kingdom Hearts characters and Kingdom Hearts keyblades. You can also head over to our list of the best Switch adventure games to embark on a fresh journey today.

Here are each of the Kingdom Hearts games in order of release. Keep in mind that the release timeline is not the same as the chronological one lore-wise, so we’ll get into which order you should play them in later. 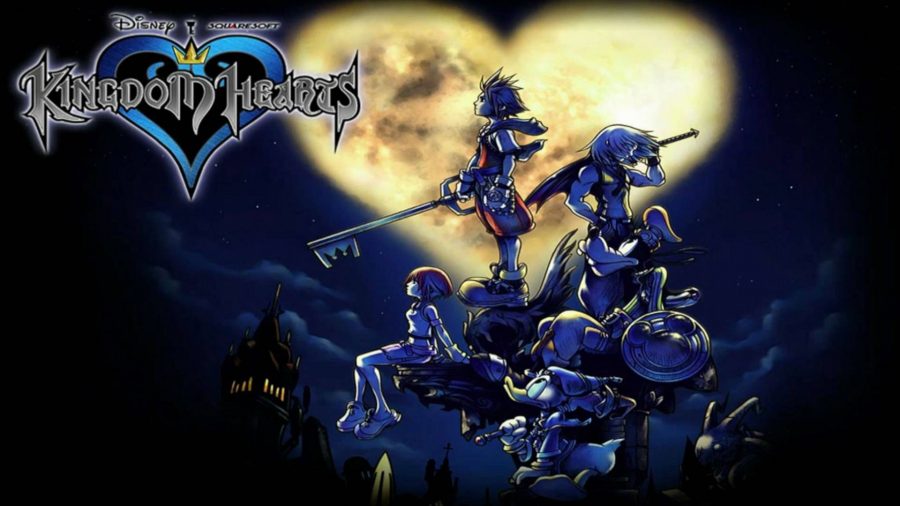 Originally released on the PS2 back in 2002, Kingdom Hearts is where it all began. Introducing you to the main trio of original Kingdom Hearts characters, Sora, Riku, and Kairi, and plunging you into the magical worlds of some of your favourite Disney movies, the first game establishes the lore of the heartless and the keyblades. Venture out on your first journey as Sora, alongside Donald and Goofy, as you attempt to reunite with your friends, while also saving each of the worlds you visit from the malevolent presence of the Darkness.

First released on GameBoy Advance in 2004, Chain of Memories is a direct sequel to the first game, taking place in Castle Oblivion, where you’re introduced to (and face off against) the mysterious Organization XIII. It bridges the gap between Kingdom Hearts and Kingdom Hearts II, while also employing a unique mixture of RPG and card game mechanics, where every attack, spell, and party member is tied to a deck of cards you must rotate strategically in order to win. 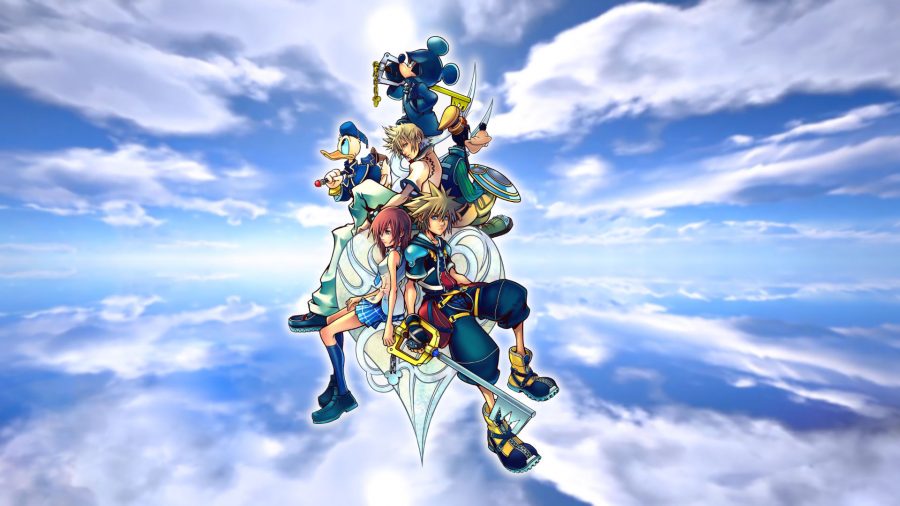 Delving further into the concept of the heart, Square released Kingdom Hearts 2 on PS2 in 2005 and it takes place after the events of Chain of Memories. You begin the story with Roxas, Sora’s Nobody who’s experiencing some weird glitches and anomalies in his life, before diving into another adventure with Sora, Donald, and Goofy, as they travel across multiple worlds. This time, you’re not only fighting the Heartless – you’re also facing off against the Unversed, and the ominous Organization XIII.

Originally released as ‘Kingdom Hearts Coded’, as an episodic mobile game in Japan, Kingdom Hearts Re:Coded was later turned into a Nintendo DS game for global release. It’s an action role-playing puzzle game set after the events of Kingdom Hearts II, revolving around two secret messages you find in Jiminy Cricket’s journal, written by an unknown person. After the journal is digitised for further analysis, these messages become corrupted, resulting in King Mickey and his friends making a digital Sora to send into the journal in order to repair and decipher it. 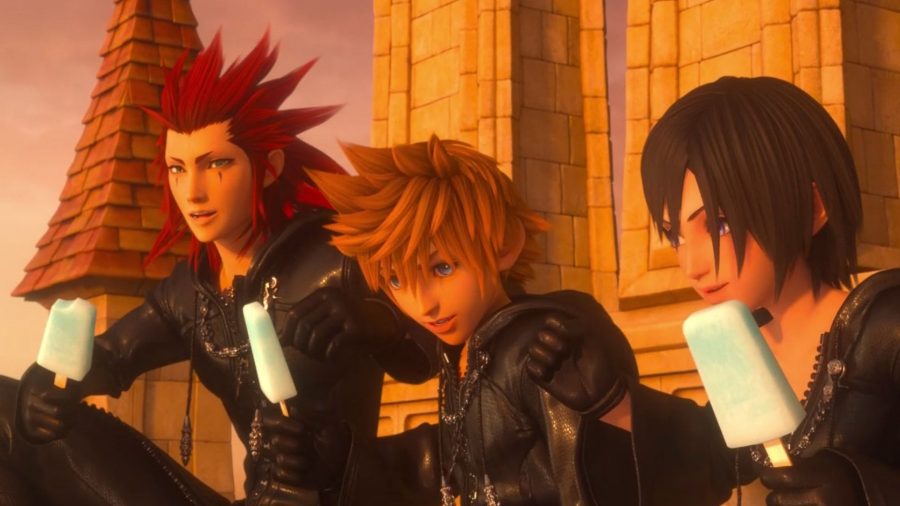 Set primarily between Kingdom Hearts and Kingdom Hearts II, Square originally released Kingdom Hearts 358/2 on Nintendo DS, and focuses on Roxas’ time in the Organization. As the newly born Nobody of Sora, Roxas joins Organization XIII as its thirteenth member, and is highly valued for his ability to wield the keyblade. You join him on his daily life in the Organization, completing missions around familiar Disney worlds and befriending Axel and Xion as he attempts to piece together his identity. The gameplay is similar to the previous mainline entries, but features a mission system in place of an open map. It also introduces a unique mechanic called the panel system, where you can customise the character’s levels, items, equipment, and abilities.

A prequel set ten years before the start of the first Kingdom Hearts game, Birth By Sleep follows the intertwining stories of Terra, Aqua, and Ventus – three aspiring Keyblade Masters training under Master Eraqus. Released on PSP in 2010, it features ARPG and hack and slash gameplay, where you travel through multiple Disney worlds, both familiar and new, and go over the story from the three different perspectives of our feisty young keyblade wielders. 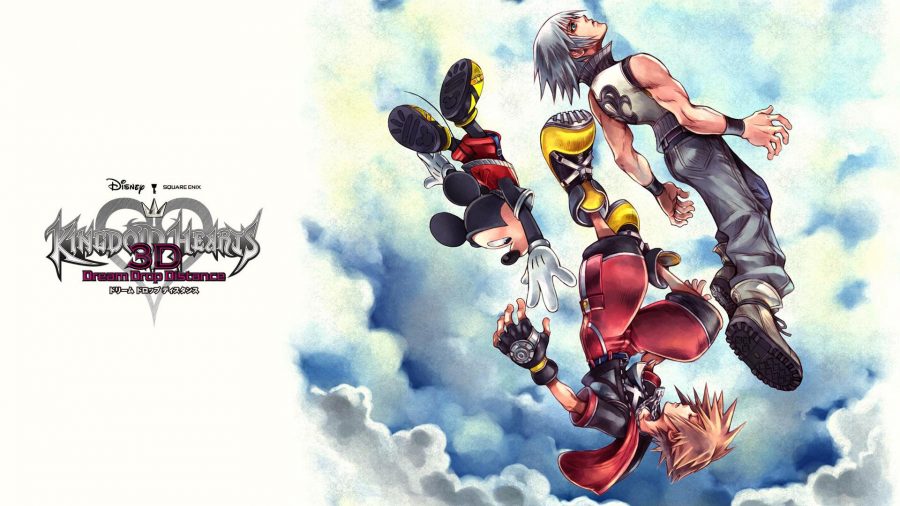 Predominantly set after the events of Kingdom Hearts II and Re:Coded, Square released Dream Drop Distance on the Nintendo 3DS in 2012. It follows Sora and Riku as they undergo the Mark of Mastery exam at Master Yen Sid’s request, to refine their control of the keyblade in preparation for Master Xenahort’s return.

Throughout the game, you take control of both Sora and Riku, switching between them through the ‘Drop’ system as you travel through time and explore multiple sleeping worlds. Featuring the same ARPG, hack and slash combat from the previous games, Dream Drop Distance adds new features such as flowmotion, where you hop between walls and parkour around maps, and Dream Eaters, a Pokémon-style pet system where you raise animal companions, play with them, and have them fight alongside you.

Kingdom Hearts X started as a Japanese web browser game, and later developed into a mobile game called Kingdom Hearts Unchained X. After this, Square released it globally as a mobile game under the title Kingdom Hearts Union X, which was then continued in Union X Dark Road. Set in Daybreak Town, the game takes place before the legendary Keyblade War, and follows the stories of the Master of Masters, the Foretellers, and the Dandelions. With a 2D art style, story missions, multiple worlds, and turn-based card combat, these games develop on much of the complex lore that acts as a foundation for the world of Kingdom Hearts.

You can download Kingdom Hearts Union X Dark Road from Google Play or the App Store, but it’s mostly offline these days and predominantly consists of cutscenes. 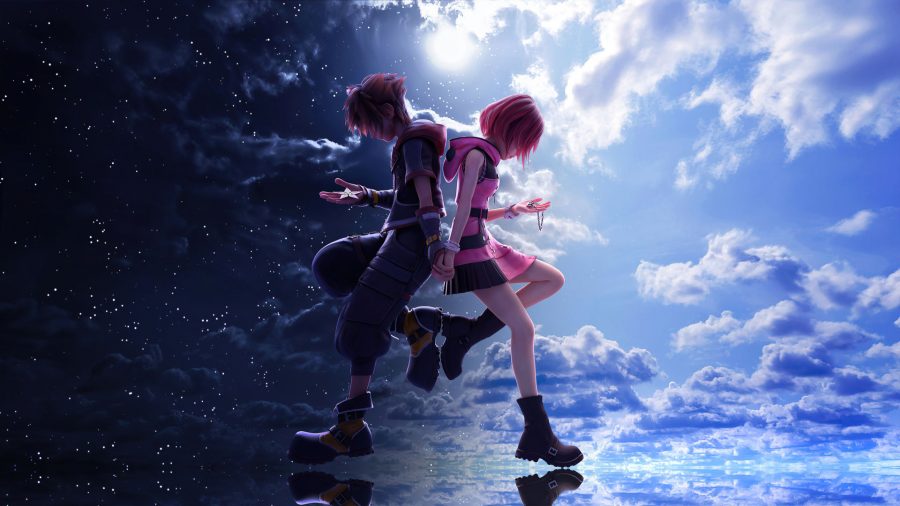 Kingdom Hearts III and Re Mind

Square Enix first released Kingdom Hearts III in 2019 on PlayStation and Xbox, 14 years after the first main instalment of the series. It picks up the story where Dream Drop Distance left off. Our favourite half-pint heroes, Sora, Donald, and Goofy make their return, joined by Riku, King Mickey, and a whole host of other familiar faces, as they seek out the seven guardians of light and attempt to thwart Xenahort’s plans to initiate another Keyblade War.

Expanding on the combat of Kingdom Hearts II and borrowing elements from Dream Drop Distance, Kingdom Hearts III sees you once again travelling around multiple Disney and Pixar-themed worlds, slashing through Heartless and the Unversed and helping those in need. With some pretty jazzy reaction commands, new attacks, keyblades, and fresh worlds to explore, it plunges you into a vibrant, new adventure that maintains the spirit of its predecessors.

A bit of an outlier in the series so far, Kingdom Hearts Melody of Memory is a rhythm action game that came to the Switch in 2020. Zip through the familiar sounds and scenes of the series so far, as Kairi reflects on the events that lead up to this point. Bash buttons to the beat, and bonk some baddies on the head as you bop to those tunes. It acts almost as an abridged summary of the events of the Kingdom Hearts games to date, with access to 21 playable characters, 47 worlds, 33 black holes, and heaps of music.

If you want to know more, check out our Kingdom Hearts Melody of Memory review. 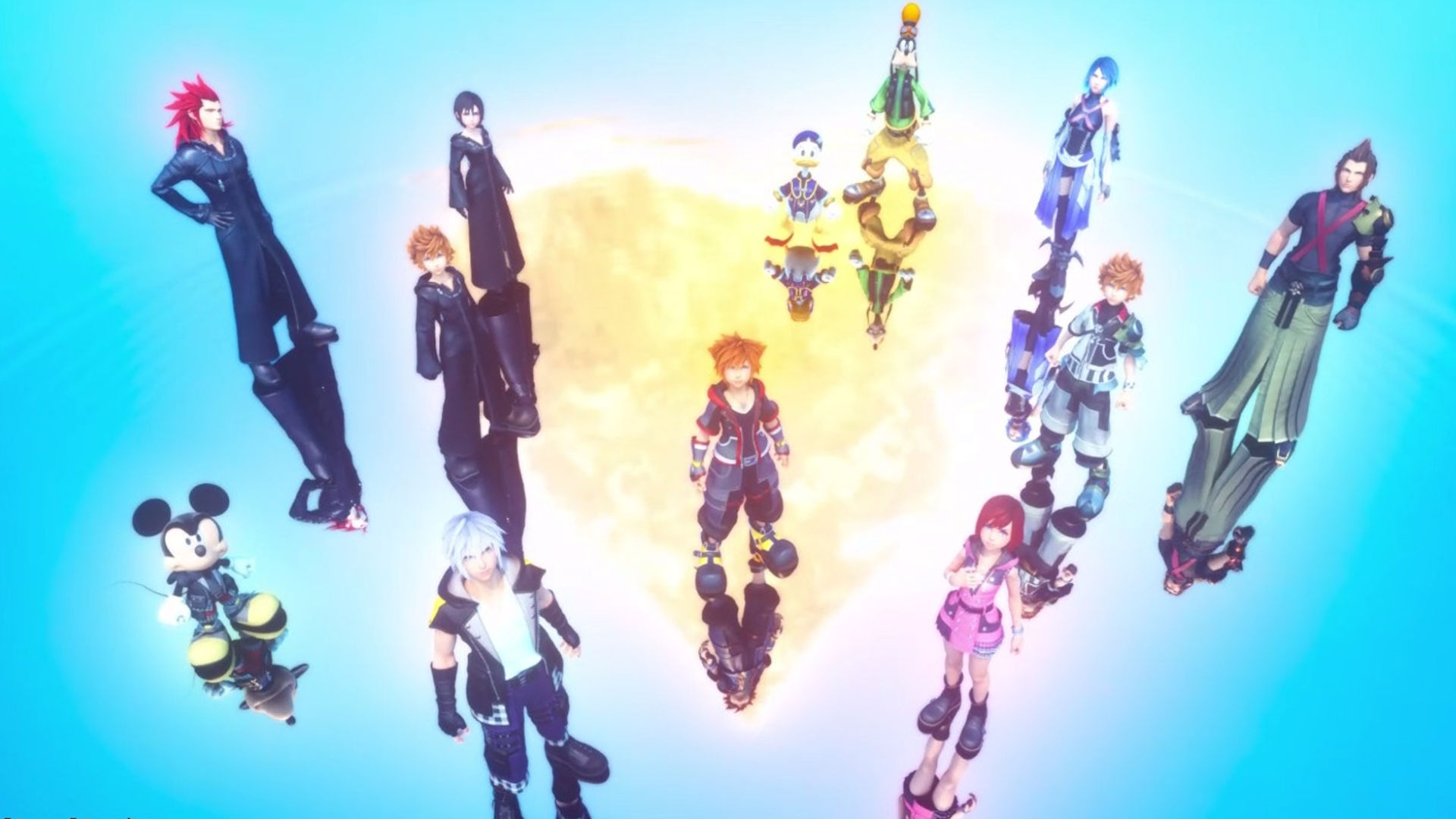 With so many games spread across so many consoles, Square Enix released compilation collections in the lead up to Kingdom Hearts III, which allow you to get up to date with the story so far, even if you can’t get your hands on the originals.

Released on Switch as a Cloud version, the Integrum Masterpiece includes the following games:

Naturally, it’s great to see a collection that brings the bulk of the series together on Switch. However, remember it’s a Cloud version, and therefore not without its problems – without a strong internet connection (and, sometimes, even with a strong internet connection), it’s prone to performance issues and disconnections from the server. Before diving into a purchase, be sure to check out our Kingdom Hearts Cloud version Switch review. 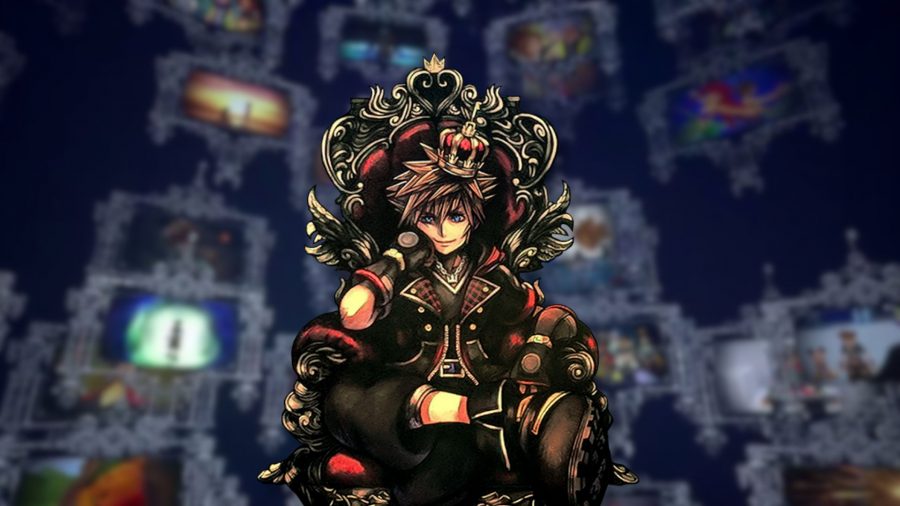 Whew! That’s a lot of games. But which is the right order to play them in? Well, if we follow the timeline of the series so far, here’s the best way to get the full story. Of course, if you don’t have access to a Nintendo DS, you’ll need to skip playing 358/2 Days and Re:Coded, and just watch the cinematics released with the HD Remixes instead.

And that’s it for our guide to all of the Kingdom Hearts games and what order you should play them in. Needless to say, this series has a whole heap of content to get through, but if you’re looking for a journey you can take on the go, be sure to check out our list of the best mobile adventure games to find a fresh world to explore.