Kingdom Hearts is a huge series, with heaps of world-building, lore, and loads of characters. As you progress through your exciting journey, you bump into plenty of friendly (and not-so friendly) faces, both familiar and brand new. But, with the notoriously complex plot present across all games, it can be pretty tough to get your head around what’s going on, and who stands for what.

With our Kingdom Hearts characters guide, we’ll take you on a tour of all the quirky individuals you encounter along the way, from original characters, to those you’ll likely recognise from iconic Disney properties and other Square Enix games. We also take a look at their personalities, and the types of roles they play, so you can keep on top of this wildly lore-rich universe.

Kingdom Hearts may feature plenty of familiar faces from other franchises, but it also has a host of brilliant original characters that stand at the core of its world and massively complex lore. 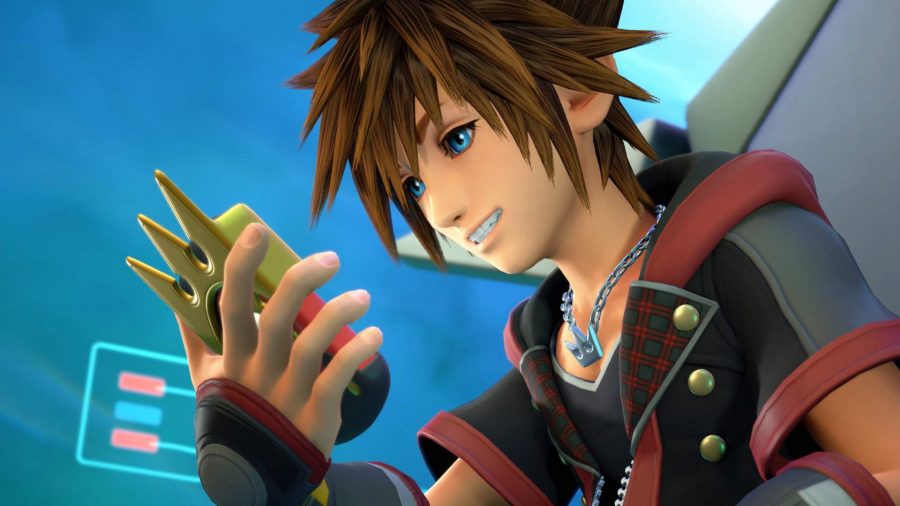 Sora – the main protagonist of the Kingdom Hearts series, and the sole playable character in the first game, Sora is a bright, optimistic young man. He lives on Destiny Islands with his closest friends, Riku and Kairi, but is torn away when his home is engulfed in darkness. He finds himself in possession of a weapon of light, called the Keyblade, and embarks on a journey with Donald and Goofy to protect other worlds from the heartless, hoping to find his friends and Mickey in the process. 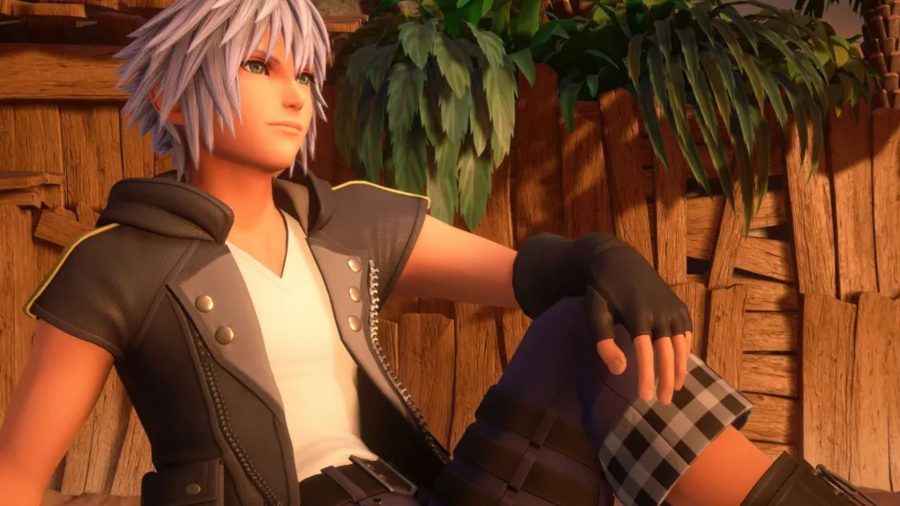 Riku – a cool, calm, and collected young man who often comes across as fearless and competitive, Riku is Sora’s childhood friend and rival. Despite being good natured and having a deep love and desire to protect his friends, his heart is open to darkness, and he fights a long, arduous battle within himself, especially after being manipulated by Maleficent and spending time in Castle Oblivion. However, he eventually redeems himself, and gains the power to wield his own keyblade. 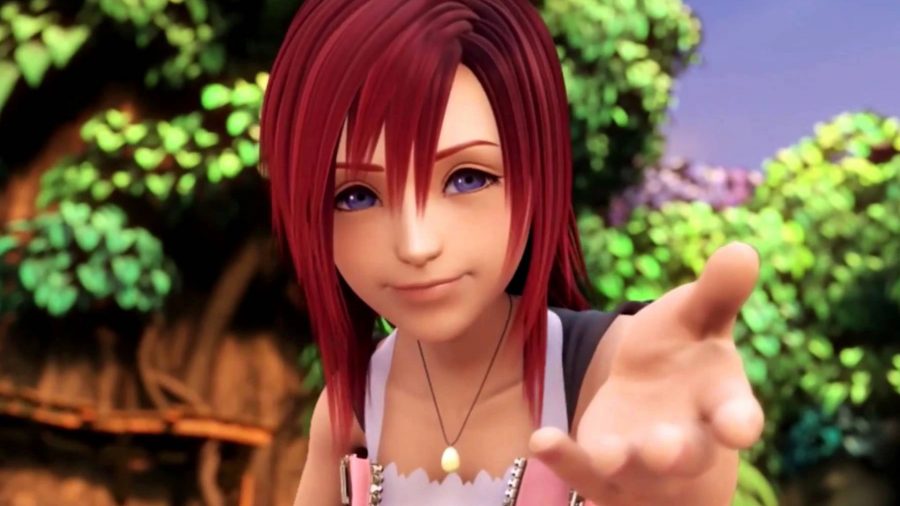 Kairi – born in Radiant Gardens, Kairi moved to Destiny Islands when she was young, becoming very close to Riku and Sora. She’s caring, kind-hearted, brave, and is said to have a heart filled with pure light, despite every heart containing darkness. Kairi is strong-willed and sometimes stubborn, and doesn’t hesitate to put herself in harm’s way to protect her friends. Near the end of Kingdom Hearts II, she gains a keyblade of her own, and begins to study under Aqua. 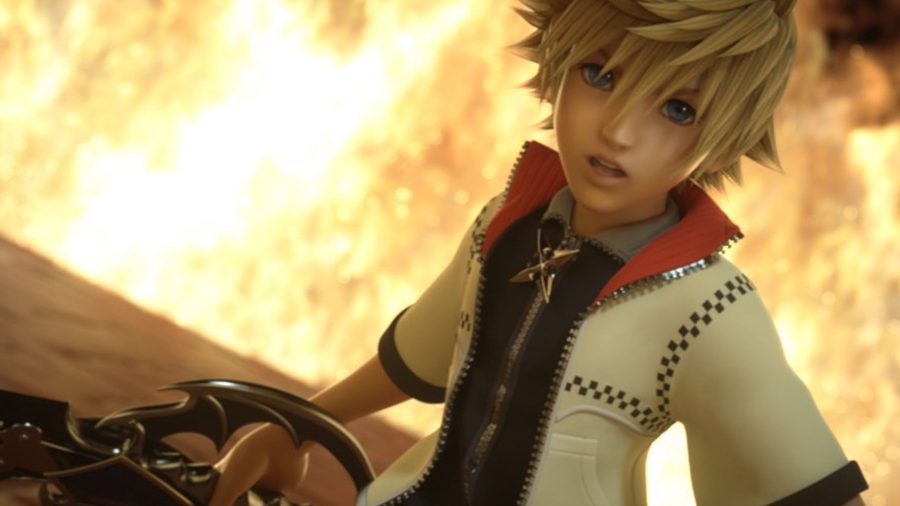 Roxas – Roxas is Sora’s nobody – the shell that remains after a person of strong heart loses themselves to the Darkness. He was born after Sora released his heart to save Kairi, and soon became a member of Organization XIII, as the main playable character in 358/2 Days. Unlike other nobodies, when Sora’s heart is restored, Roxas continues to exist, mostly oblivious to Sora’s existence. He can be short-tempered and fiery, and is fiercely rebellious, which leads him to bordering the line of minor antagonist at times. He wields a keyblade, but longs to be a normal kid – as shown in the prologue to Kingdom Hearts II, when he’s spending time with Hayner, Pence, and Olette. While in the Organization, he makes close friends with Axel and Xion. 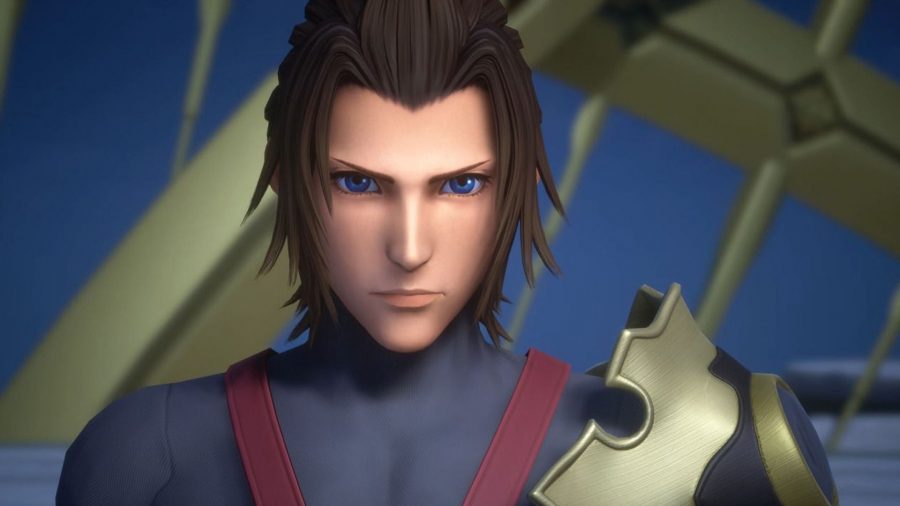 Terra – one of the main protagonists of Birth By Sleep, Terra was an apprentice under Master Eraqus at the Land of Departure. He’s a close friend of Aqua and Ventus, and his main mission in life is to become a Keyblade Master. Despite his calm exterior, he’s passionate and driven, and would do anything to protect his friends. However, like Riku, he’s constantly tempted by the darkness in his heart, and sometimes struggles to stay on the right path. 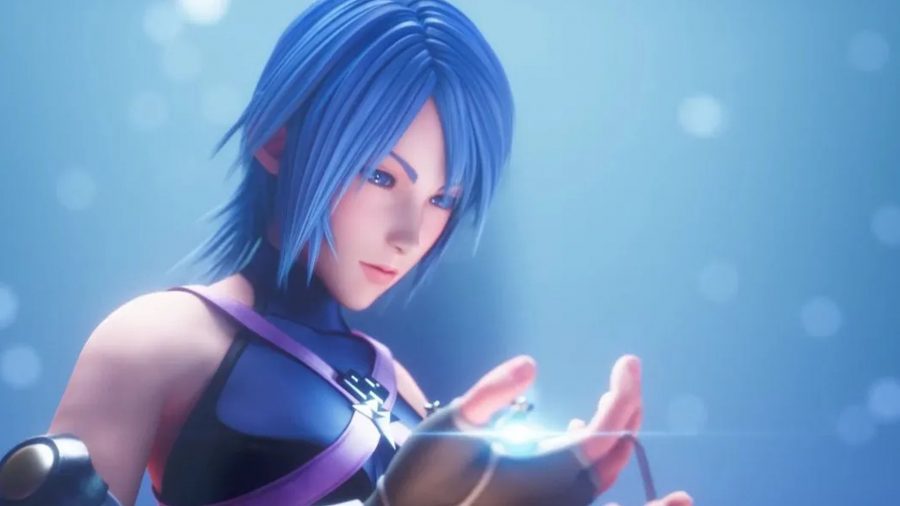 Aqua – like Terra, Aqua is one of the main protagonists of Birth By Sleep, and was one of Master Eraqus’ apprentices, striving to become a Keyblade Master – a title which she manages to earn. She’s motherly and protective of her closest friends, Terra and Ventus, often making them good luck charms, and is shown to be serious, responsible, and strong willed, as well as exceptionally kind. 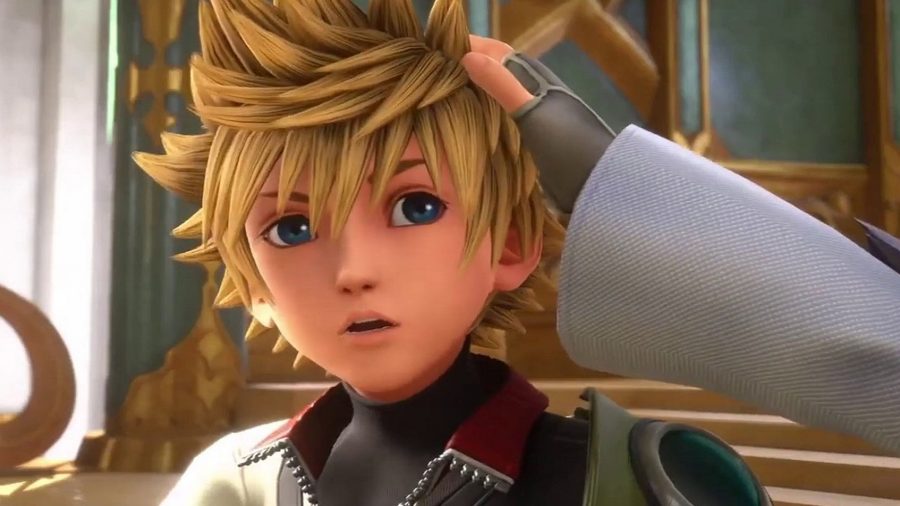 Ventus – the youngest of the three protagonists of Birth By Sleep, Ventus is very similar to Sora and Roxas. He was an apprentice to both Master Eraqus and Master Xenahort. He’s a cheerful young man, who shows himself to be cheerful and curious, but can also be stubborn and short-tempered. He’s brave and willing to fight for his friends no matter what, even if it results in the loss of his heart. 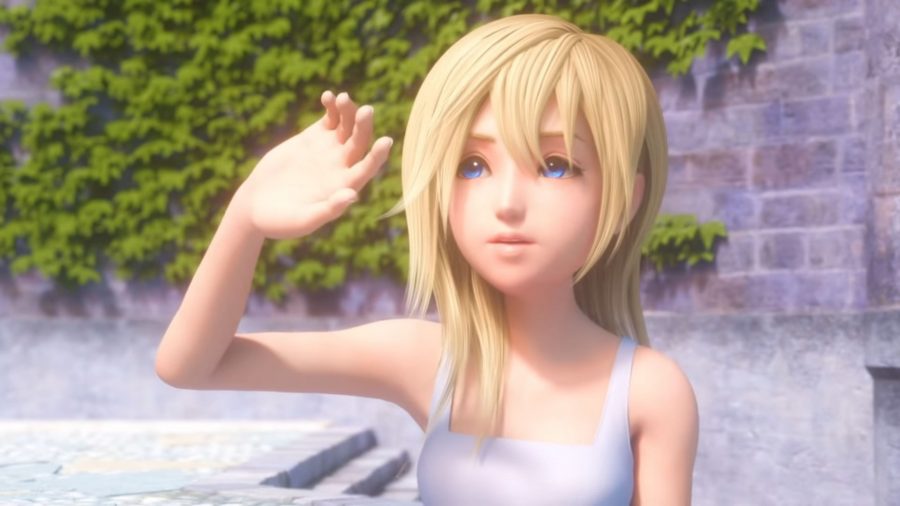 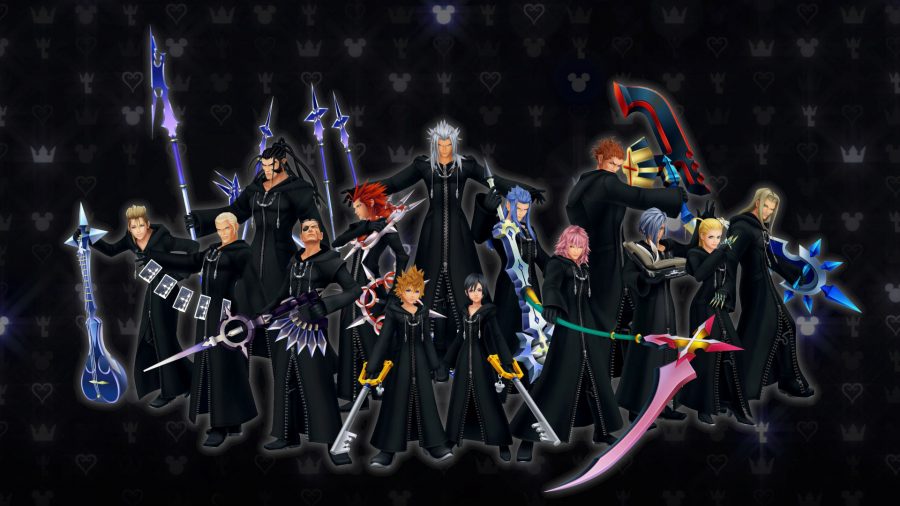 Kingdom Hearts’ Organization XIII is a group of Nobodies led by Xemnas, seeking to reclaim their hearts and become whole again. However, it’s later revealed that Xehanort had ulterior motives for them. They feature prominently in 358/2 Days, and later appear as boss battles in Kingdom Hearts II and Kingdom Hearts III. 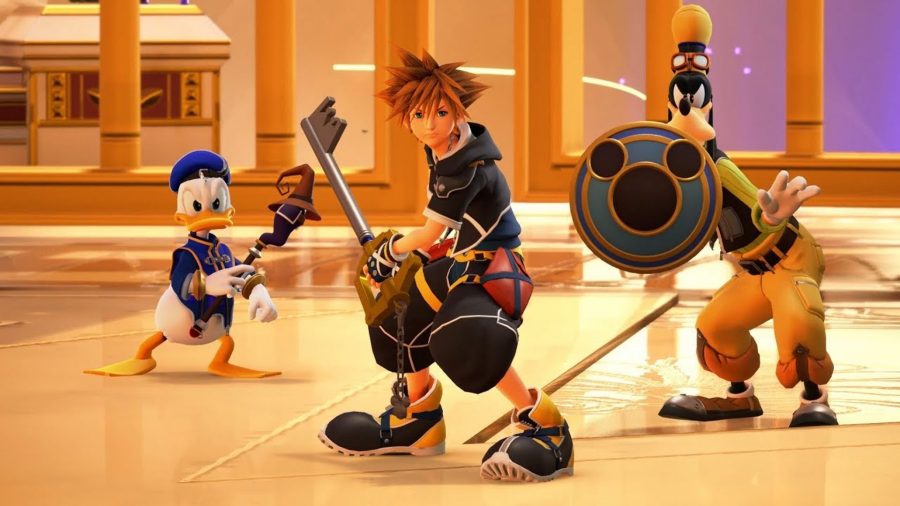 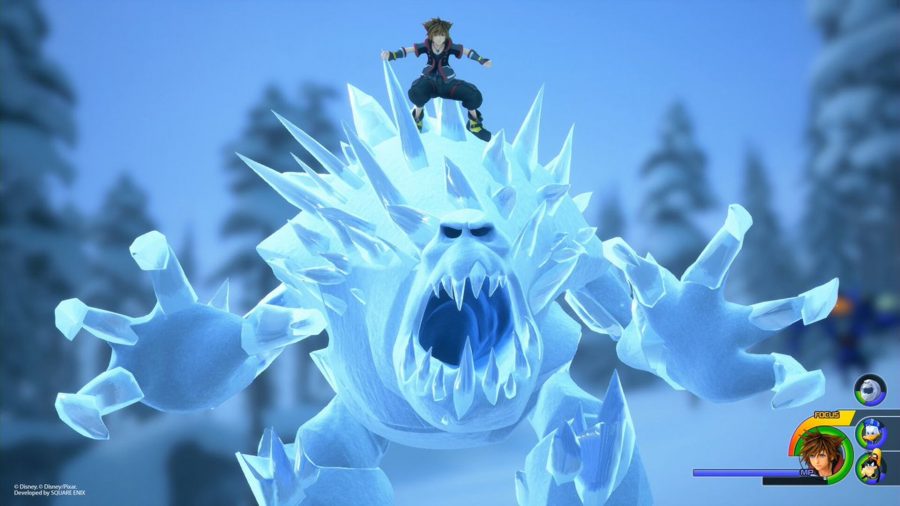 As well as the usual team you grow accustomed to throughout your adventure, as you travel around different levels, you sometimes gain the ability to add unique characters to your party, dependant on which world you’re in. They’re AI controlled, so you can’t actually play as them, but they join you on your adventure and fight alongside you in battle, showing off a range of fun, themed moves. Here are all the special party members you can encounter, and the worlds and films they come from. 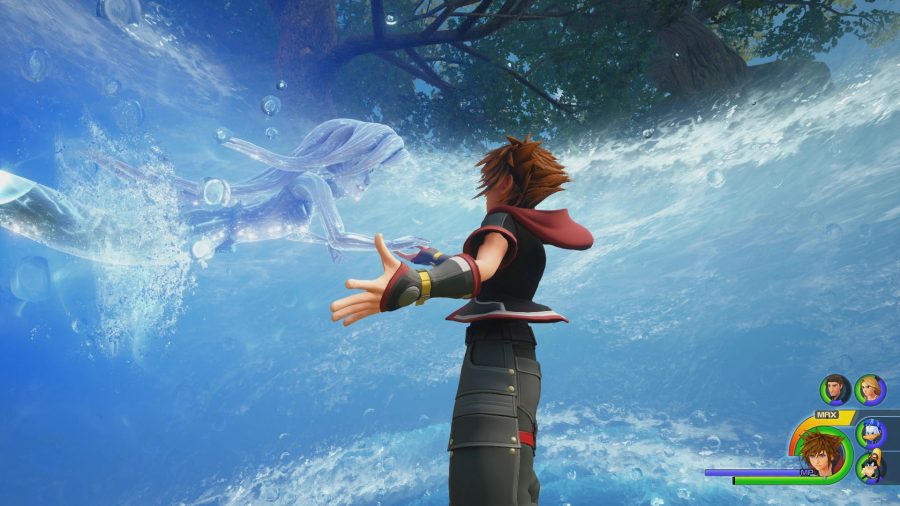 In addition to party members, you also gain summons throughout your journey. A summon is a special character that you can magically call to your aid in battle. You obtain them in different ways across the games.

In Kingdom Hearts I, you obtain summons by finding special stones called Summon Gems in the different worlds you visit. Take the gems to the Fairy Godmother at Merlin’s house in Traverse Town to restore their spirit forms and unlock them as summons.

In Chain of Memories, summons appear as cards instead of characters to fit in with the battle style of the game. You obtain them during your ascent through Castle Oblivion.

In Kingdom Hearts II, summons come from special Summon Charms you find on your journey. You can immediately use them without having to unlock them.

Kingdom Hearts III summons are also referred to as Links, which come from Heartbinders. Heartbinders enhance your gift for connecting with others, allowing you to summon friends from other worlds. 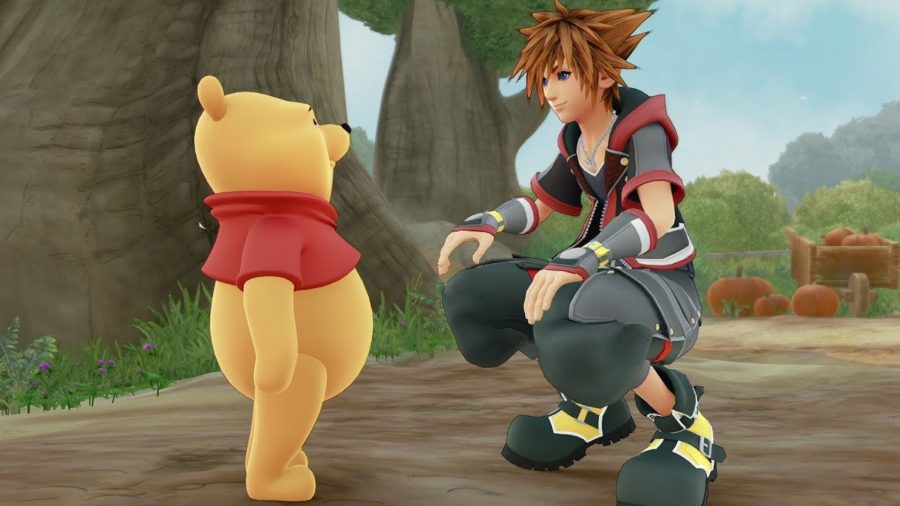 There are multiple Disney characters that appear throughout the Kingdom Hearts series, playing a variety of roles. From Queen Minnie (King Mickey’s wife), to the 101 dalmations you need to find scattered around the worlds of the first Kingdom Hearts, to the recurring Winnie the Pooh gang you visit through the book in Merlin’s study as you gather its pages in both I and II, they all aid in expanding the intertwined worlds of our favourite Disney films. 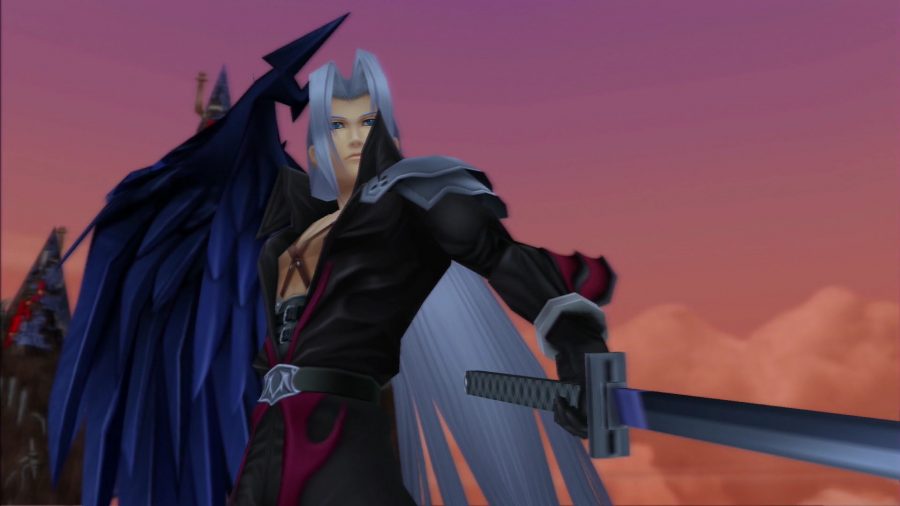 Naturally, as Kingdom Hearts is published by Square Enix, you also get to rub shoulders with some iconic Square characters. Many come from the beloved Final Fantasy universe, as you encounter many Moogles, battle Cloud in Olympus Coliseum, go toe to toe with the formidable Sephiroth in a boss battle, and face off against Heartless versions of Shiva, Ramuh, Ifrit, and Leviathan. We also get some cameos from World Ends With You during Dream Drop Distance, including Neku, Yoshiya, Shiki, and more. Keep an eye out for familiar faces!

And that’s it for our Kingdom Hearts characters guide. We hope this helps you wrap your head around this wonderful but complex series. If you need a break from the dizzying amounts of exposition and lore you’ve just exposed yourself to, head over to our list of the best Switch games to find something new to play.