Rocket Leader Sierra puts forward a pretty big challenge in Pokémon Go. Not to mention, she often switches around her line up, just like her fellow Leaders. Well, if you’re looking for the best Pokémon to use to ensure you can take Sierra down, search no further! We’ve put together a list of the best counters to use against her, to give you that necessary edge in battle.

With so many options and such a tough battle ahead, it can be tough to know which Pokémon to pick as you face off against a tough leader like Sierra. That’s where we come in! Check out this Pokémon Go Sierra guide to work out which Pokémon have the best chance of beating the master this month.

If you find this useful and want to be the very best, take a look at our Pokémon Go Cliff, Pokemon Go Arlo, and Pokémon Go level 50 guides. You can also head over to our Pokémon Go events or Pokémon Go codes lists to see what freebies you can snag!

WHAT ARE THE BEST POKÉMON GO SIERRA COUNTERS FOR SNEASEL?

Currently, Sierra always uses Shadow Sneasel as her first Pokémon. Sneasel uses dark and ice moves, is weak to fire, rock, bug, steel, and fairy moves, and is double weak to fighting – so it’s best to use a fighting type as a counter!

WHAT ARE THE BEST POKÉMON GO SIERRA COUNTERS FOR GLISCOR?

Sierra can also summon Gliscor, who can use bug, flying, ground, or dark moves. As a result, its counters are limited. It is, however, double weak to ice and weak to water, which is why we advise using a strong ice-type Pokémon to counter.

WHAT ARE THE BEST POKÉMON GO SIERRA COUNTERS FOR GRANBULL?

Sierra’s Granbull can have a variety of dark, fairy, and fighting moves, but doesn’t have any double weaknesses. It is weak to poison and steel moves though, so we recommend these Pokémon to counter it.

WHAT ARE THE BEST POKÉMON GO SIERRA COUNTERS FOR AMPHAROS?

Luckily, Sierra’s Ampharos isn’t as tough as it looks! Using mostly electric, dragon, and fighting moves, it’s only weak to ground, but doesn’t put up too much of a fight as long as you pick the right counter. 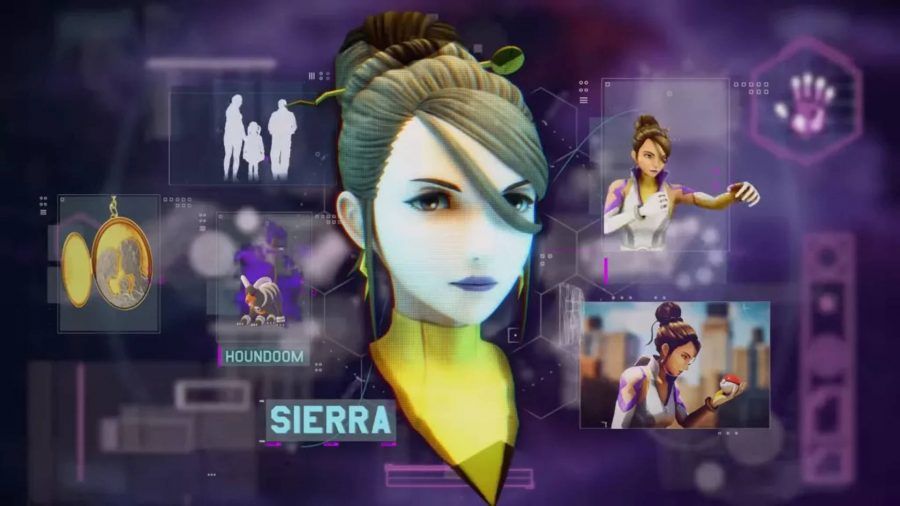 WHAT ARE THE BEST POKÉMON GO SIERRA COUNTERS FOR HOUNDOOM?

Sierra’s Houndoom only uses dark and fire moves, and is weak to water, fighting, rock, and ground types, so you’ve got quite a few options!

WHAT ARE THE BEST POKÉMON GO SIERRA COUNTERS FOR KINGDRA?

If you encounter Sierra’s Kingdra, it can use water, dragon, and ice moves. Funnily enough, it is weak to both fairy and dragon moves, but be careful with dragon type counters if Kingdra is using dragon moves!

WHAT ARE THE BEST POKÉMON GO SIERRA COUNTERS FOR DRAPION?

Sierra’s Drapion uses dark, poison, and ice types, and is only weak to ground-type Pokémon, so keep that in mind when picking a strong counter.

WHAT REWARDS DO I GET FOR BEATING SIERRA?

When you defeat Sierra, or any other Team Go Rocket Leader, you are granted some well-deserved rewards. You will always get 1,000 Stardust and a random selection of two of the following items:

If you want to test your skills in Pokémon Go, head over to the App Store or Google Play to join for free today! Or, if you’re already a Pokémon master and want a fresh experience, why not check out our list of the best games like Pokémon Go for something new to play?