Pokémon Legends: Arceus is a shining gem in the Pokémon franchise, full of great features, fun escapades, and more fresh mechanics than we’ve seen in the series for a long time. But, with so much to take in, it can feel a little overwhelming.

In our Pokémon Legends: Arceus tips and tricks guide, we’ll help you go from beginner to ultimate Pokémon master in no time. With info on how to evolve Pokémon, mass release them, and heaps of pointers to help you out on your adventures, we aim to aid you in becoming the very best, like no one ever was, as you travel across the land, searching far and wide.

How do I evolve Pokémon in Pokémon Legends: Arceus?

Evolving your critters is a little different in Pokémon Legends: Arceus. Unlike other titles, where evolutions happen automatically when certain criteria are met, you have to do it manually, or you can leave the Pokémon in its pre-evolution state, if you prefer. The game notifies you when your pal is ready to evolve, then all you have to do is follow these simple steps.

How can I mass release Pokémon in Pokémon Legends: Arceus?

First, you need to unlock the ability to mass release in Pokémon Legends: Arceus. All you need to do is catch enough critters to fill some pastures – about five should do. After that, you can talk to Marie outside the pasture, who tells you that you’ve been catching a lot of ‘mons lately, offering you the option to mass release.

Here’s how to mass release in Pokémon Legends: Arceus.

And there we go – you’ve released your excess Pokés back into the wild. Releasing a large number of them simultaneously gives you more grit items, so it’s worth waiting until you’ve got a few you want to let go of. 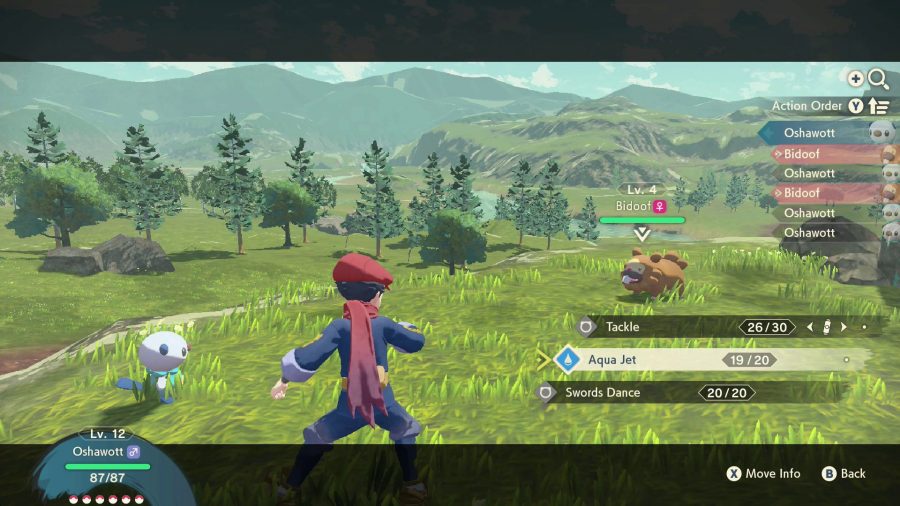 Get the swing of battle styles

Pokémon Legends: Arceus introduces a new way of fighting through its battle styles. You now have a choice between using a strong attack, which hits harder but can take up more than one move, or an agile attack, which inflicts less damage but allows you to attack more often. It may take you a little while to get used to these, so be sure to check out our Pokémon Legends: Arceus battle styles guide for a helping hand.

Make friends with your ‘mons

Gathering items by tossing one of your Pokémon at it not only helps you fill up on useful materials, it also increases your friendship level with said ‘mon. Plus, you never know when you’re going to need that handful of berries as a distraction, or those spoiled apricorns and caster ferns to make sticky globs while out in the field.

While gathering is great, your inventory space is limited in Pokémon Legends: Arceus, and is pretty pricey to upgrade. Therefore, it’s a good idea to pay frequent visits to craft benches in order to condense your materials, making some handy items in the process. 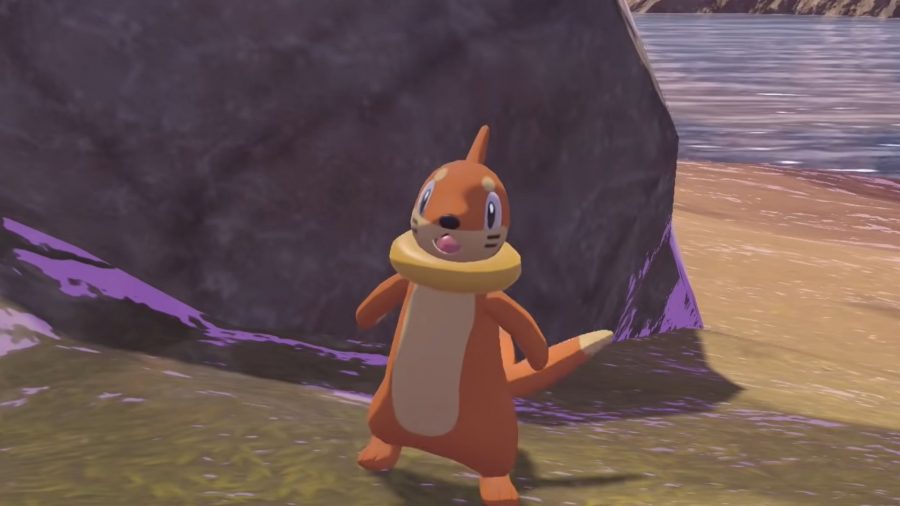 These critters pack a punch

Just about any Pokémon in Legends: Arceus can knock you on your booty if you don’t take them seriously, whether it’s a Buizel bashing your shins while you’re exploring the wild, or a huge alpha knocking you about like a ragdoll. More than one ‘mon can be dragged into a battle against your solo partner if they’re too close, as well. So it’s always a good idea to keep your bag fully stocked with healing items, and don’t be afraid to run away if things get prickly.

Don’t try to juggle too many (Poké)balls at once…

Unlike other games in the Pokémon series, Pokémon Legends: Arceus doesn’t require you to battle every ‘mon you want to catch. You can often sneak up on a critter and lob a ball at it, catching it without having to engage. But, keep in mind that if they spot you, they can become too agitated to be caught right off the bat.

Therefore, it’s best to keep aware of your surroundings. Sneak about, using grass as cover, and aim to approach Pokémon from behind, only throwing your Pokéballs when their backs are turned. This increases your chance of snagging them without stressing them out. If you can’t get behind them without a struggle, you can always throw a berry over their head to get them to turn away, and toss a ball while they’re distracted.

It’s also a good idea to have a play around with different types of Pokéballs. Some travel further, while others are better for close-range use. You’ll get used to it pretty quick with a couple of tries. You can cancel a Pokéball throw by hitting B or Y.

If you end up in a battle, just follow the usual rules – wear the critter down until they’re weak enough to be caught. Using the move False Swipe is always a great shout when they’re getting low, as it will never make a Pokémon with more than one HP faint. You can also use status effects like sleep or paralysis in your favour. 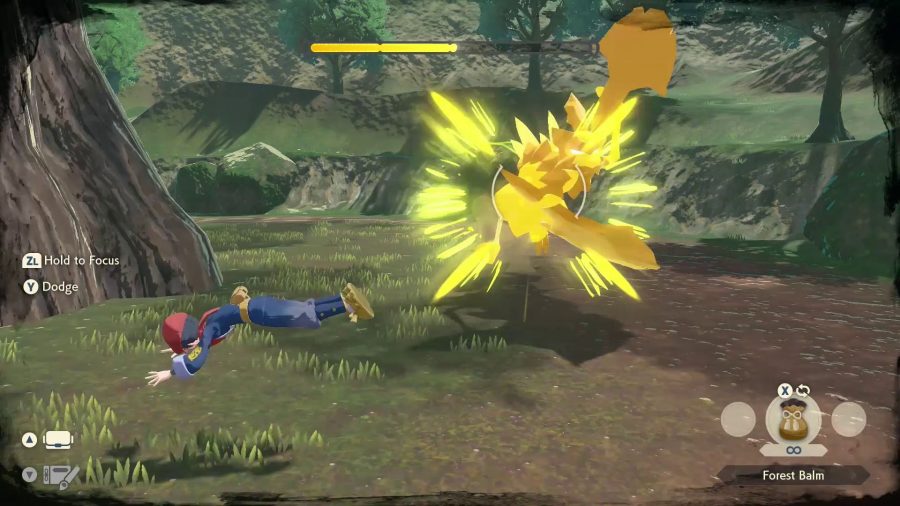 … And keep your eye on the (Poké)ball

You’ve probably had a few escapees by now, but don’t worry – that’s normal. These critters like to bust out of those balls at the drop of a hat, so it’s bound to happen now and then. Rather than the usual rocking animation used in previous Pokémon titles, Pokémon Legends: Arceus goes a slightly different route. Keep an eye on how high the Pokéball bounces off the ground as the critter struggles. The smaller the jump, the higher the chance that you’ve got this one in the bag. However, if it leaps high into the air and lets out a bunch of angry steam, you likely need to try again.

This mechanic becomes really important when you’re trying to catch special ‘mons like Pokémon Legends: Arceus shiny Pokémon, or Pokémon Legends: Arceus alphas. When they break out of their spherical prison, you get a brief window where you can sneak in another throw before they start moving, which makes a big difference when facing off against a rare critter. So stay prepared, keep your eyes on the ball, and pounce if you need to – and absolutely do not walk away until you know you’ve got it snagged.

Keep in mind that catching alpha Pokémon is always worth it where possible, as they give more Pokédollars. More cash is always a bonus, as it can be pretty hard to come by.

Fill out your Pokédex, but don’t stress

Filling out your Pokédex is great, and of course, you wanna catch ‘em all. But focusing on rushing your Pokédex to level ten can hinder your experience. We find that carrying on through the game is just as effective, as you steadily complete sections as you go along – research points naturally roll in as you progress. This is also a lot more fun than just grinding!

However, it’s still great to investigate all research possibilities. Unlike previous Pokémon titles, catching a ‘mon isn’t enough. There are heaps of ways to research Pokémon – defeat ‘em, capture ‘em, keep ‘em in your team, and have ‘em use different moves, as all of this contributes to your research level. 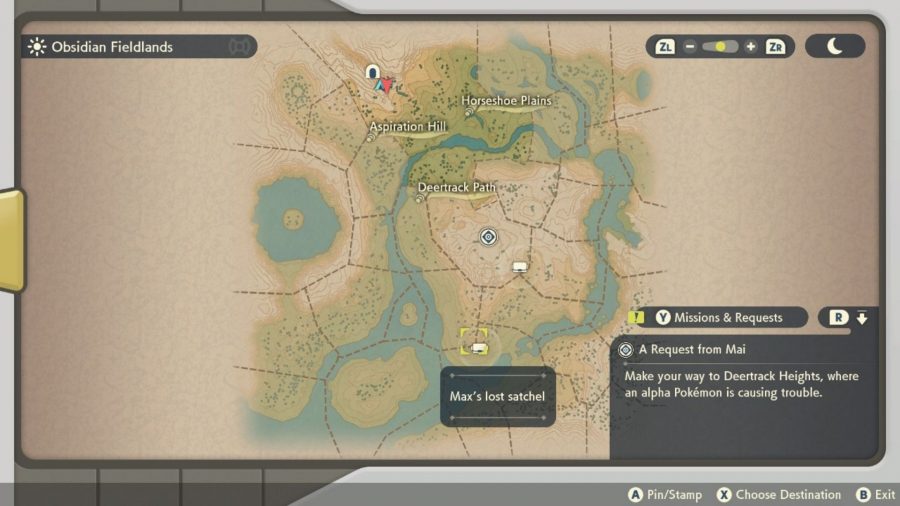 While Pokémon Legends: Arceus doesn’t have the usual multiplayer elements seen in its predecessors, it does have a unique, Dark Souls-like mechanic. When another player falls while out in the field, they leave behind a satchel filled with items.

These satchels are marked on the map, and finding them both returns the items to the player and earns you some handy merit points, which you can use to purchase rare items. To find out more, check out our Pokémon Legends: Arceus merit points guide.

Keep an eye out for outbreaks and time-space distortions

As you’re exploring, you’ll be notified of world events. These take the form of mass outbreaks or time-space distortions.

On the other hand, time-space distortions allow you to catch Pokémon that wouldn’t otherwise spawn in the Hisui region. It’s also a great chance to gather shards, which can be crafted into star pieces to earn Pokédollars fast. Our Pokémon Legends: Arceus shards guide goes into more detail about time-space distortions and how to make use of your shards. 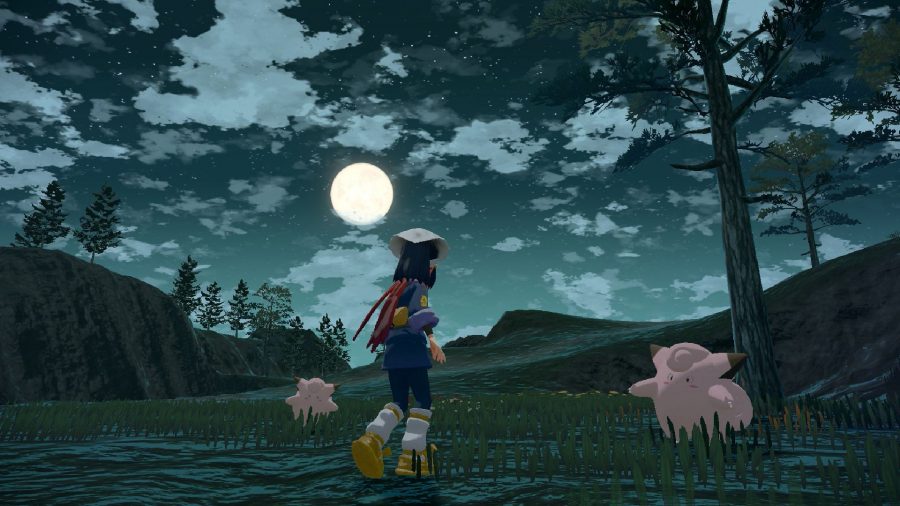 First and foremost, our biggest tip is to have fun. Enjoy your adventure in Pokémon Legends: Arceus, as it is truly unlike any other. We certainly have!

If you want more adventures on the go, take a look at our list of the best Switch RPGs to find something new to play today.