In Pokémon Unite, there are many cute and powerful creatures to choose from, one of these is a fluffy little friend named Greedent. Strangely, despite being minimally spooky, this fat-cheeked monster arrived in Unite alongside the Halloween update on October 20, and takes on the role of defender.

If you’re thinking about picking up Pokémon Unite’s Greedent with your hard-earned Aeos coins or gems, we’re here to help. This handy guide includes our recommended build, a list of all of its moves, and the best held and battle items for the adorable little critter.

What is the Pokémon Unite Greedent release date? 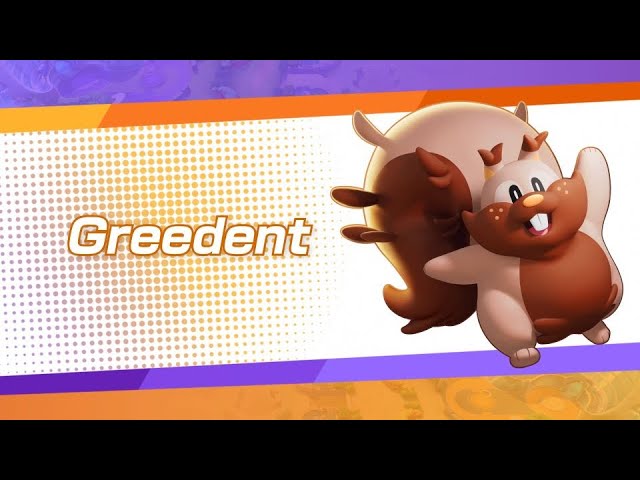 What is the Pokémon Unite’s Greedent moveset?

Learn more about each of Greedent’s moves and find out which attack we recommend you pick up.

You get to use both of these moves eventually, so it doesn’t matter too much what you pick. We prefer to go for tackle first, so that you can take down enemies quickly and pick up a bit of extra experience.

At level five you get to choose between a buff or a hindrance. As Greedent is a defender in Pokémon Unite, it makes more sense to pick up a move that helps it out with this role. Go with stuff cheeks for some heals in a pinch, or even a shield if you’re at full health.

Now that you’re at level seven, you have another choice to make. As Greedent excels as a tank, we recommend that you grab belch, as you can slow down enemies, deal a little bit of damage, and even heal if you’ve managed to pick up a berry along the way.

Here’s everything you need to know about Greedent’s unite move. 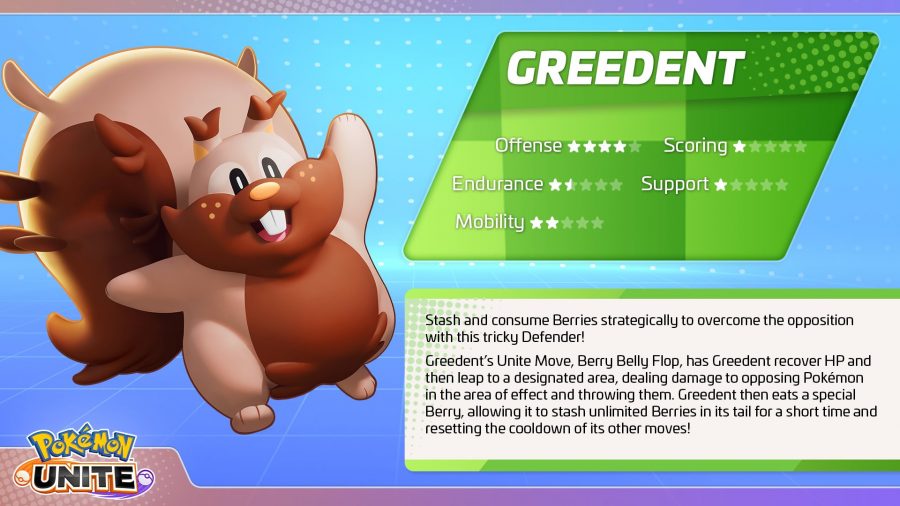 What are the best held items for Pokémon Unite’s Greedent?

You can use three held items in Pokémon Unite, here are a few that play into Greedent’s strengths.

What is the best battle item for Pokémon Unite’s Greedent?

You’re only allowed one battle item, but luckily, this is an easy pick for a good Greedent build.