Pokémon Unite is upon us. It’s free, it’s got lots of fan-favourite Pokémon, and it’s a MOBA, so you can be assured of some intense, addictive battles. One fan-favourite to play with is the ghostly speedster that is Gengar. A master of surprise, Gengar is one of the hardest monsters to play with, so you best be clued up on everything this sneaky Pokémon has to offer.

In our Pokémon Unite Gengar build guide, we’ve put together all the info you need on how to play Gengar in Pokémon Unite, including the shadow monster’s best moves, battle items, and held items to help you prepare to cause devastation in the battle arena. Gengar isn’t immediately available at the start of Pokémon Unite, it will cost you 10,000 Aeos coins to purchase the Gengar Unite license.

What are Pokémon Unite Gengar’s moves?

At the beginning of each battle, Pokémon Unite’s Gengar will need to focus on levelling up to unlock some of those Pokémon-destroying abilities. There’s a lot to choose from and you’ll want to keep scoping out how each battle goes to decide how best to take it on. As we’ve alluded to already, Gengar is all about the sneak and surprise. Whilst new moves will keep building towards those incredible combos, you’ll also want to make sure you’re utilising the area, hiding in foliage, and popping out when the time is right. 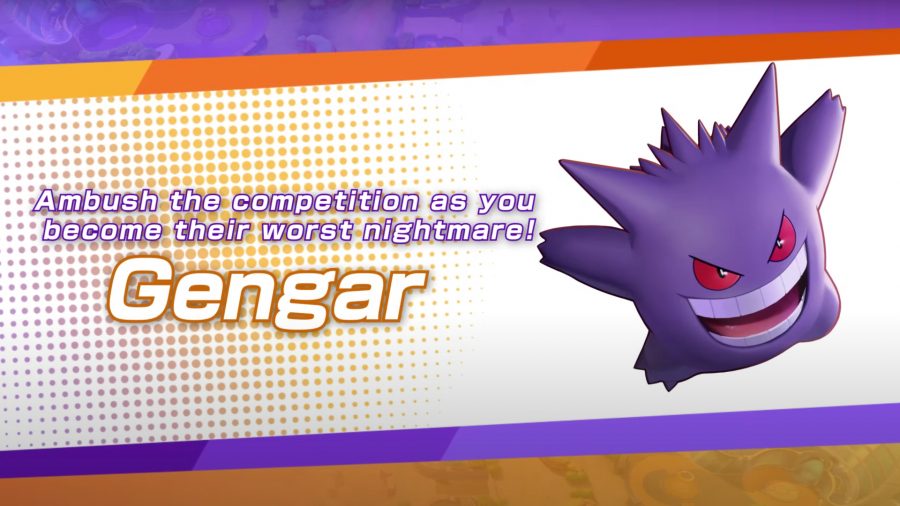 Gengar in the early game is all about displacing and damaging the opposing team. You’ll have to decide between the two options below when you start, but once you hit level three, you can add the second move to your arsenal. Will-o-wisp is great for dealing damage from range and lick pulls opposing Pokémon towards you, taking them away from their teammates.

We’d recommend will-o-wisp to begin with as it continues to deal damage by burning the opposing Pokémon, and it can be great for farming those initial points to get you levelled up from your Gastly state.

At level five, Gengar can choose one of two moves, both of which are AOE. The chosen attack will replace lick. Shadow ball is great for decreasing movement speed and special defence of your opponents. Sludge bomb is another move, like will-o-wisp, that continues to devastate after impact by poisoning opponents with sludge.

At this point, you’re really getting levelled up, evolving into Haunter and learning a new move. Again, you can pick one of two. Dream eater will send your opponents to sleep whilst you cause damage and restore HP. Hex, though, is leading us up to those sneaky, creepy moves that Gengar possesses with the ability to disappear and reappear, dealing damage on impact. We recommend Hex, as it will also get you out of tricky situations, freeing up a space in your battle items as you won’t need the eject button like many of the other players. 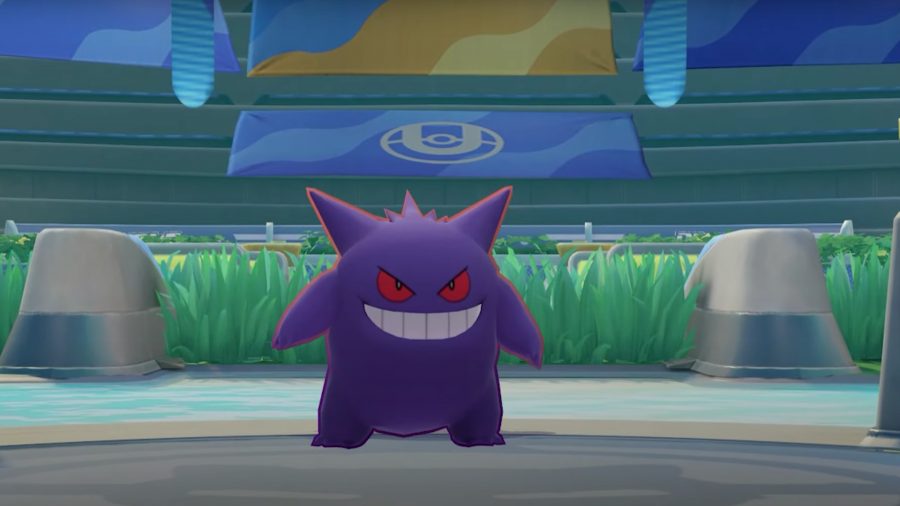 Gengar’s Unite move brings everything together, unleashing the potential for some catastrophic combo moves. Phantom ambush is the perfect move for a shadow Pokémon like Gengar. You completely disappear, emerging with the ability to unleash damage and decrease the movement of the opposing Pokémon. They won’t see you coming, but they will see the respawn timer.

What is the best build for Pokémon Unite’s Gengar?

We’re focusing on the element of surprise with this Pokémon Unite Gengar build. But, in order to get to that point, you’ll need those early level attack moves to get the mid to late game abilities unlocked. It’s all situation-based though, so while we think this is a great example of a build, you might think different.

What are the best held items for Pokémon Unite’s Gengar?

The below options will really help bolster the moves of Pokémon Unite’s Gengar. You can only choose three, but we think these are some of the best options to suit this speedster. 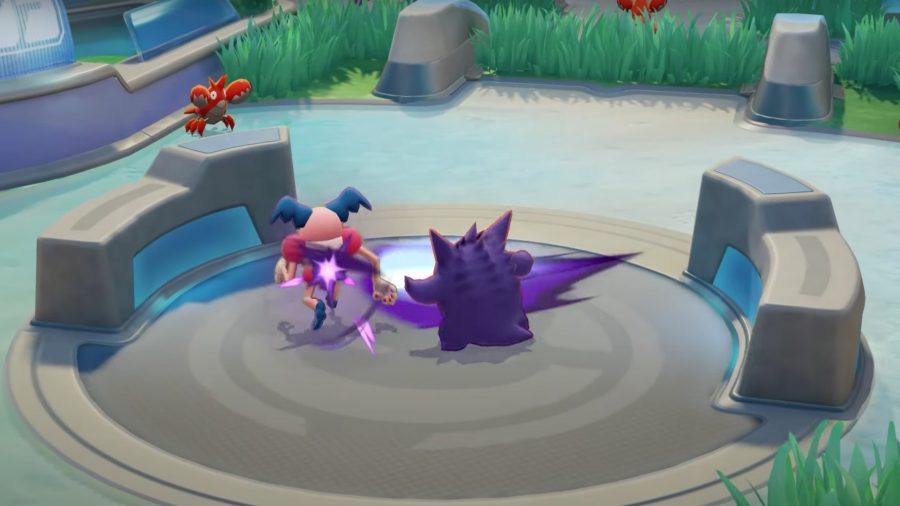 What is the best battle item for Pokémon Unite’s Gengar?

You can choose one battle item per match. For Gengar, we recommend you choose one of the following. 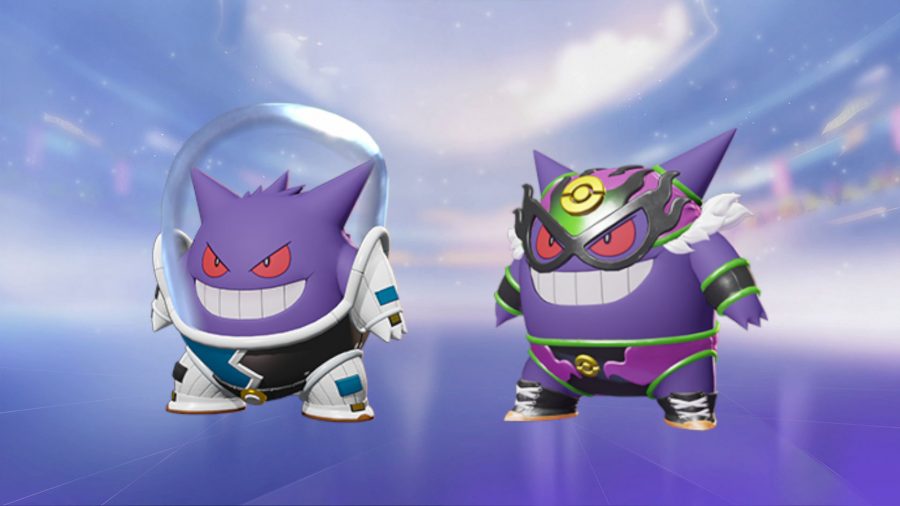 What are Pokémon Unite Gengar’s skins?

At the moment, Pokémon Unite Gengar only has two skins.