Pokémon Unite’s Cramorant is all about those ranged attacks. When playing with this fierce Pokémon, you can expect it to spit out prey at opponents, swoop in to deal out damage, and take opportunities to self-heal. It’s a tricky little Pokémon to play with, but the payoff, once you’ve figured it out, is something special.

If you like playing as Cramorant, you might like to have a read of our Pokémon Unite Cinderace or Pokémon Unite Gardevoir guides too. In our Pokémon Unite Cramorant guide though, we’ll provide you with everything you need to know about this peculiar bird’s moveset, best held items and battle items to equip, and how to put together the best build.

If you’re looking to work out which Pokémon is best for you in the battle arena, we recommend checking out our Pokémon Unite tier list. If you’re eager to get in-depth with some of the choices out there, we’ve got the guides for that, from Pokémon Unite’s Blastoise to Pokémon Unite’s Greedent.

What is Pokemon Unite Cramorant’s moveset?

Before we delve into the details on Pokémon Unite Cramorant’s moveset, you’ll first need to make sure you’ve acquired this Pokémon. To do that, you’ll need to head to the in-game store and pick up Cramorant’s Unite license for 8,000 Aeos coins or 460 gems. 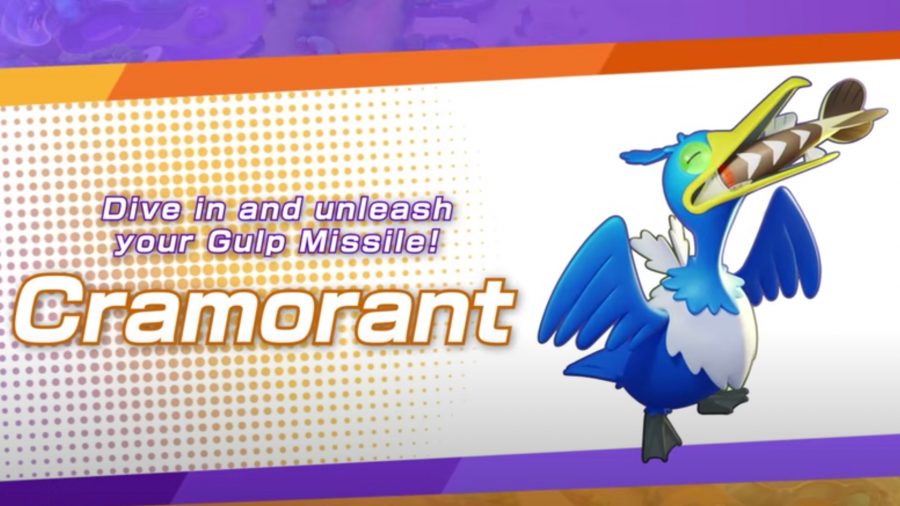 For Cramorant’s early game, you unlock one move at level one and another at level three. We recommend you pick whirlpool first to increase damage and build your experience up to get to those higher levels faster.

At level four, you can pick between two options. For this, we recommend focusing on air slash to keep distance and play into Cramorant’s strength with ranged attacks. 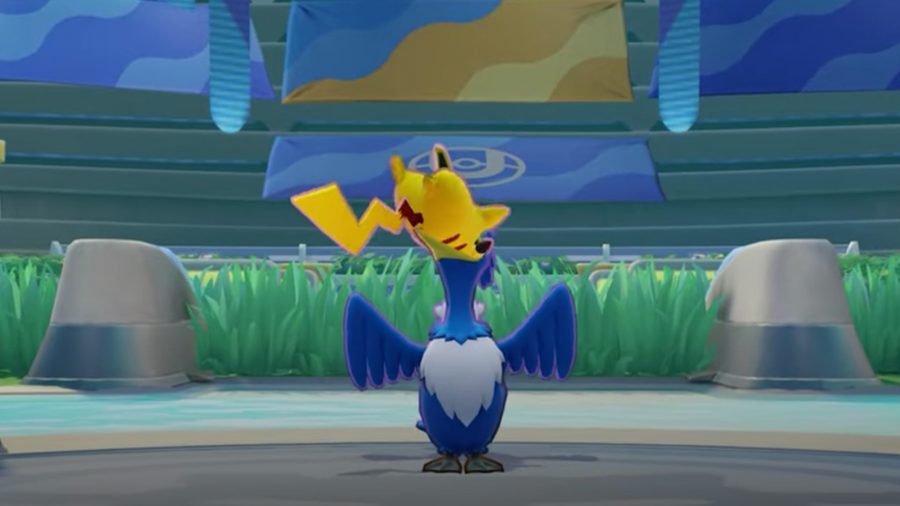 At level six, you once again have a choice to make between the below abilities. We suggest you pick dive at this point, as it partners well with air slash, meaning you can bide your time and dive in before unleashing air slash when you’re in range for maximum damage.

Finally, at level nine, Cramorant unlocks its Unite move, gatling gulp missiles. This move is most effective when used on opposing Pokémon that are grouped together. For example, when the opposing team are trying to score those late-game goals.

All the critters in Pokémon Unite either specialise in attack or special attack, which dictates what items are effective for them, and what enemies they are weak or strong against. Cramorant is a special attack Pokémon.

What are the best held items for Pokémon Unite’s Cramorant?

For each battle, you have the option to choose three held items to take with you into the arena. There’s a few to choose from but we suggest picking from the list below. 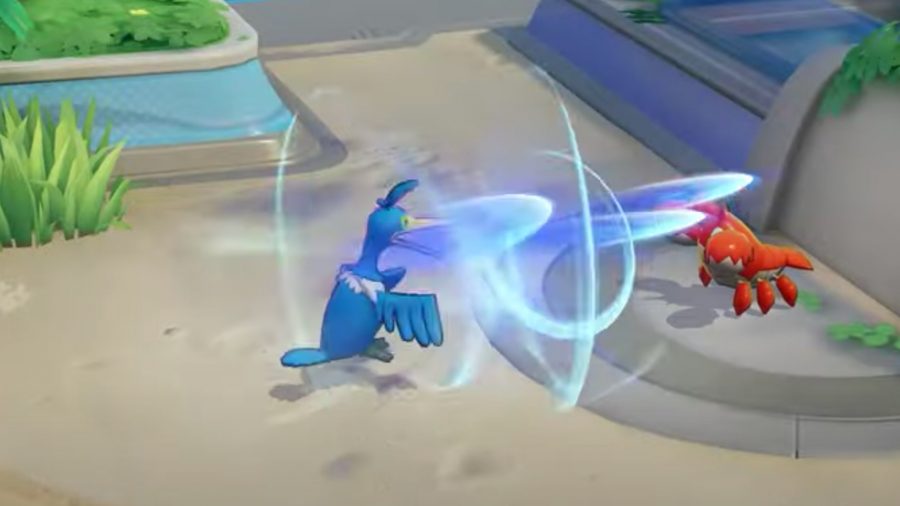 What is the best battle item for Pokémon Unite’s Cramorant?

And finally, you can take one battle item Pokémon Unite battle item with you and we recommend choosing from the two below.