Venusaur is a legend of the Pokémon world and fires up its attack power once again in Pokémon Unite. You run through the evolution line from Bulbasaur to Ivysaur to Venusaur in each battle. If you like playing as Pokémon Unite’s Pikachu, Pokémon Unite’s Gardevoir, or Pokémon Unite’s Cinderace, we have a feeling you’ll like Venusaur as well.

In this Pokémon Unite Venusaur build guide, we put together a list of all of Venusaur’s moves, including the ones we recommend using if you’re looking for the ultimate build. We’ve also outlined some of the best battle items and held items that will boost the right kind of stats for Venusaur in the battle arena.

What is Pokemon Unite Venusaur’s moveset?

Venusaur is all about dealing out damage from range and as such, he’s a great choice for any players who want to take on the top or bottle lane of the arena. Venusaur is not one of your five starter Pokémon in Pokémon Unite and so you’ll need to make sure you first buy its Unite license from the in-game store for 8,000 Aeos coins or 460 gems. 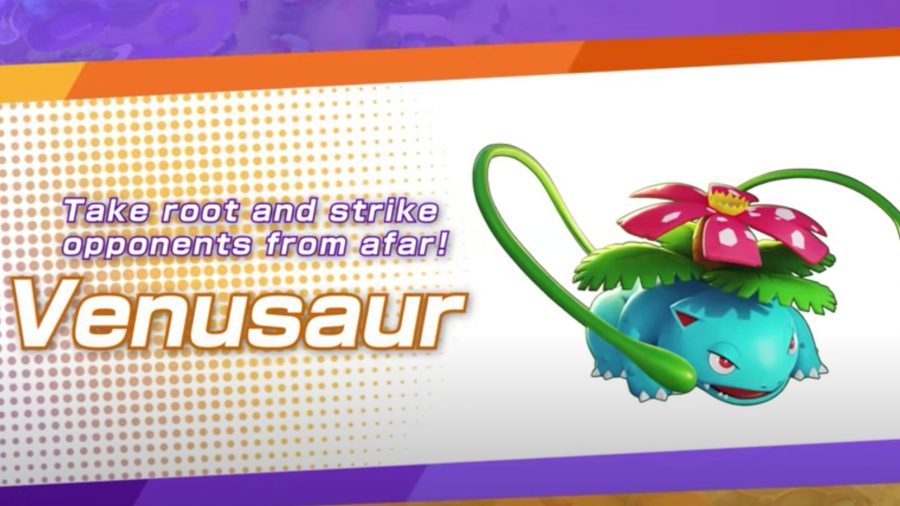 You unlock both of Pokémon Unite Venusaur’s early game abilities by level three but at level one, you need to prioritise one over the other. For this, we’d choose razor leaf as you’ll need to start dealing out the damage and get yourself levelled up quickly.

At level five, you evolve into Ivysaur and with that, you need to pick one of the two abilities below to unlock. Giga drain is a great pick here because the healing power it provides will protect Venusaur in the arena for longer. 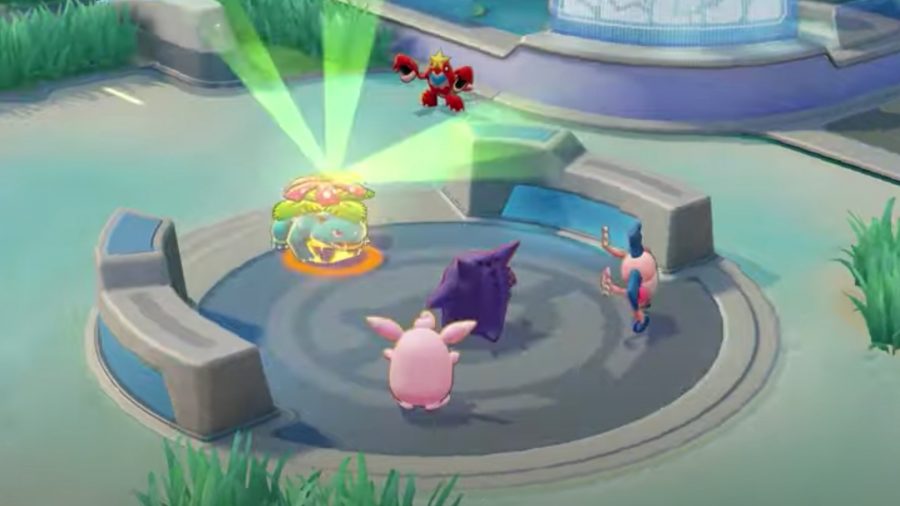 At level seven, you need to make a choice between two once again. Petal dance is the ability we recommend unlocking due to the damage it deals over time, as well as upping Venusaur’s movement to increase the AoE.

Finally, at level nine, you evolve to Venusaur and unlock its Unite move, verdant anger. This move is great for ranged damage and very impactful in groups. It takes out multiple opposing Pokémon which is vital in the end game.

What are the best held items for Pokémon Unite’s Venusaur?

Before the start of each battle, you can select three held items to take with you into the arena and boost your stats. We recommend picking from the list below. 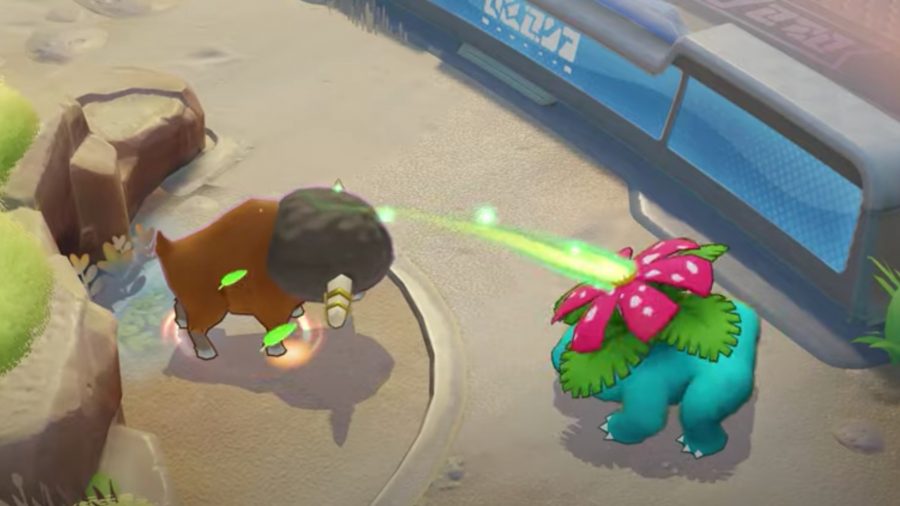 What is the best battle item for Pokémon Unite’s Venusaur?

You’ll also get to pick one battle item for Venusaur and we’d suggest one of the below is best suited to Venusaur’s state of play.