Pokémon Unite’s Alolan Ninetales is a frosty, fox-like attacker with great utility. Though it’s a little squishy, making smart use of buffs and farming to evolve in the early stage of the game will set you up for some nasty combos – especially when you learn how to capitalise on your freeze abilities.

In our Pokémon Ninetales guide, we will take an in-depth look at all of this fluffy critter’s build, moves, the best held and battle items to up your game, and the best approach to ensure your victory. Ninetales evolves from Vulpix and can scale up very quickly, meaning when you get to know your kit well, you can become a real force to be reckoned with.

What are Pokémon Unite Ninetales’ moves?

Ninetales has a very useful kit that can allow you to take on an all-rounder role, despite being an attacker champ. Its damage is very good, but you will also be able to offer some pretty great buffs to your allies, while also freezing your enemies in place to secure kills. Make sure to always keep your distance, and poke your way to success. Also, if possible, team up with a defender to give you a barrier of protection so you can freeze from afar.

You will start as Alolan Vulpix, but won’t stay that way for too long. It’s important that you farm early game to get your evolution quickly, you should pick the top lane, as it’s best for this due to the multiple spawns and access to the Bouffalant boost. One downside to Ninetales is the reliance on set up for your main combo – unlike Pikachu, you need to put some work into freezing opponents, which can push you to overstay your welcome and leave you open to attacks. But, as you practice with your kit, this will become second nature.

With MOBAs, it’s always important to maintain flexibility based on each match, your opponents, and your team. But these are what we think will generally give you the best shot for scoring yourself a victory. 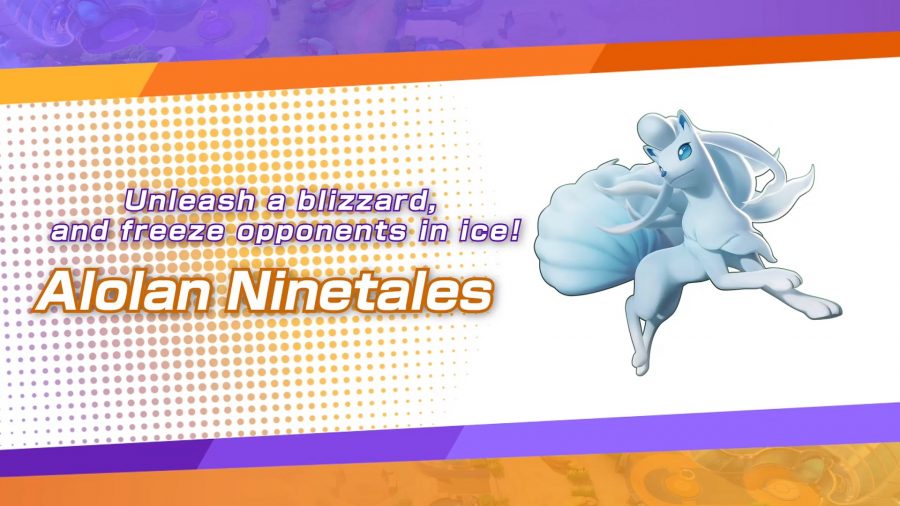 Early in the game, you must focus on levelling until you evolve. You will get better at later levels as you learn more skills, so avoid engaging in team fights at the beginning. Farm as many wild Pokémon as you can.

Powder snow slows your enemy, and can be very useful to prevent wild Pokémon from running into enemy territory, or slowing an opponent so you can make your escape. Icy wind has an area of effect and once again slows your enemy, so combining these moves is a handy trick.

We recommend you pick powder snow first, then icy wind. 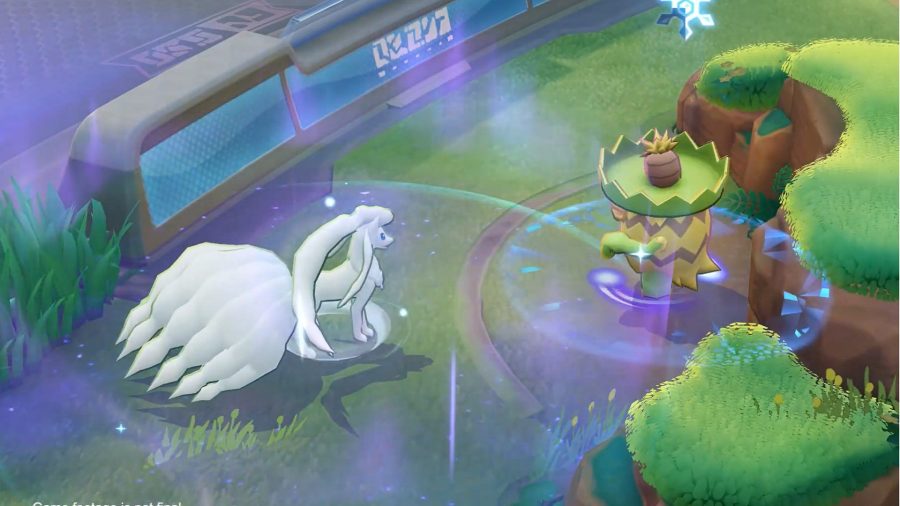 When you get to level four, you get to choose between two new moves that replace powder snow. Dazzling gleam, which stuns an enemy for a short time, or avalanche, which deals a nice chunk of damage to your opponent and creates an icy wall. With the strategic placement of your icy wall, you can either block enemies from pursuing you, or prevent them from escaping with low health.

It’s best to pick something that will synergise with your level six move and suit the needs of your team. If you’re looking to go for a more sustained damage build that can help your team with crowd control, go for dazzling gleam. However, if you want to aim for high burst damage, pick avalanche.

At level six, you will choose a replacement for icy wind. Aurora veil is a handy choice as it provides a buff to you and any nearby allies. It will reduce the damage you take, boost your attacks, and increase your movement speed. On the other hand, blizzard is a strong offensive move that deals great damage and shoves them back. This is brilliant when used in conjunction with avalanche, as with some set up you can render your enemy completely unable to attack or escape, leaving them in a critical state.

If you chose avalanche, we recommend you choose blizzard to create a strong offensive combo. If you chose dazzling gleam, then aurora veil is a good option.

Ninetales’ unite move, snow globe, comes in at level nine and is an extremely powerful finisher for any of your combos. Regardless of what moves you chose, aim to set up the enemy with your full kit, and freeze them if possible, then polish them off with this. 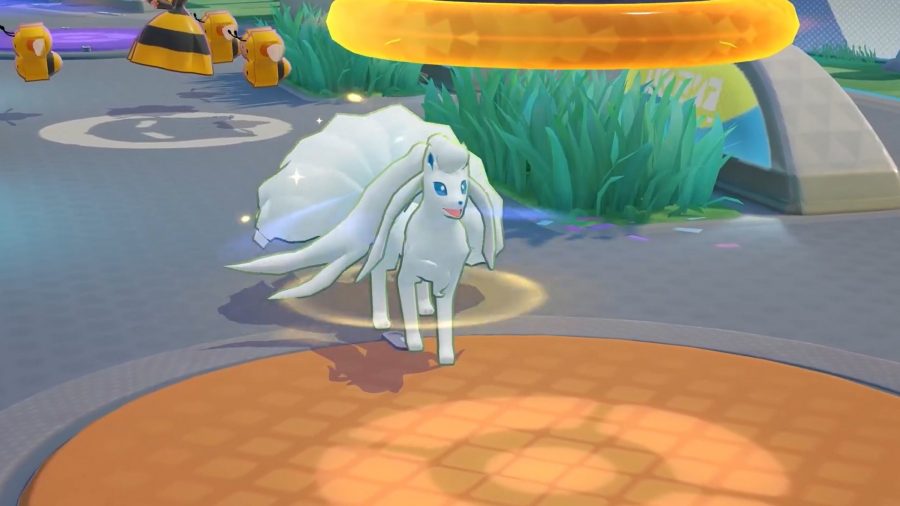 What are the best held items for Pokémon Unite’s Ninetales?

You can choose up to three held items per match. These are some of the best options, primarily focusing on boosting your special attack as much as possible.

What is the best battle item for Pokémon Unite’s Ninetales?

You can choose one battle item per match, for Nintales we recommend picking one of the following.

If you want to know more about the game, we have a super useful Pokémon Unite guide. Or you can check out our list of the best mobile MOBAs if you want to try something new.