The Witcher: Monster Slayer is upon us, and places you in the shoes of a Witcher, the slayer of beasts and mythical creatures. Of course, any fan of the series will be familiar with Geralt of Rivia. However, this game’s events unfold in a time before his existence, so don’t be expecting to meet the legendary Witcher.

Since you’re playing Monster Slayer, it’s safe to assume that you likely enjoy Pokémon Go, or might be keen on trying it out. So, why not take a look at our Pokémon Go codes list – there’s plenty of freebies for you to grab. We also have a Pokémon Go event guide, to keep you up to date on all the upcoming in-game events. If you’re struggling to defeat a particular adversary, we have Pokémon Go Arlo, Pokémon Go Sienna, and Pokémon Go Cliff guides to help you out.

Why you shouldn’t use The Witcher: Monster Slayer fake GPS

The Witcher: Monster Slayer is an augmented reality title, which involves you walking around, especially if you’re trying to complete some quests. So, we understand that it may be tempting to hack your GPS, meaning you don’t have to venture out of the house. Instead, all the beasts come to you.

However, we would argue that this is a bad idea. Yes, there are mods out there, but this game is very new, and who knows what potential damage they may cause. Oh, and the idea of this type of game is to get you to go outdoors and breathe that fresh air. Furthermore, there are features in place to help you reach any quest. 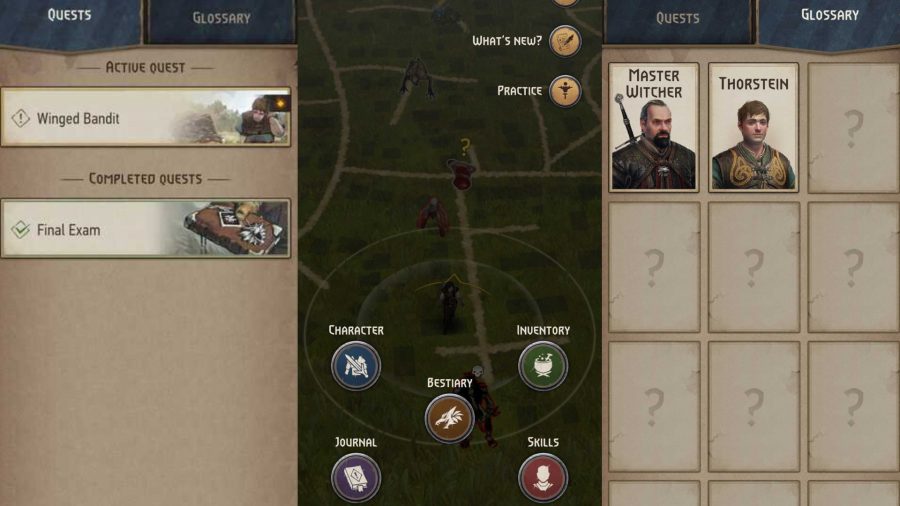 What if I can’t reach a quest in The Witcher: Monster Slayer?

Good question, and Spokko thought about this when designing the game, as you can relocate quests. Considering that The Witcher: Monster Slayer is location-based, there will be times when a mission is found in an impossible to reach area, be it for legal or safety reasons. And naturally, no one wants to miss out on a chance for adventure, and that’s where relocation comes in.

How do I relocate quests in The Witcher: Monster Slayer?

Relocating quests is fairly simple, just walk away from it. That’s right, if you’re near said quest, you can’t relocate, but after walking away, you’re given the option to move it, thus making the mission more accessible.

After doing this, click the arrow at the bottom of your screen. It opens up various options, including your journal. Open your journal, then select the quest you wish to relocate. Tada, your quest moves, and now you can – hopefully – reach it safely.

Of course, if the quest moves into another tricky spot, simply repeat the steps.