Sometimes it’s not the leading man who draws you in. Sometimes you find yourself falling to the dark side. While Cloud Strife is a worthy protagonist and rightly one of the most popular in the Final Fantasy franchise, it would be fair to say that Final Fantasy VII’s main antagonist, Sephiroth, is quite popular too. He might just be one of the most famous villains in the history of video games.

If you find yourself drawn to Final Fantasy VII like many others, you might want to check out our FFVII Sephiroth guide to learn all you need to know about Cloud’s foe. Including details about his boss fights and how you can overcome this formidable swordsman. Once upon a time, much like the protagonist, Final Fantasy 7’s Sephiroth was a SOLDIER and hailed as one of the most successful beings to come from the programme – at least until he began hating everyone and everything.

Should you be on a long and arduous journey that ends with facing Sephiroth, you might want to check out our FFVII Aerith, FFVII Tifa, and FFVII Cloud guides to equip your heroes with the means of surviving against dwindling odds. Or, if you’d like to go on a different adventure in Final Fantasy X, go and check out our FFX Lulu guide to learn how to equip her for battle, unless you play Final Fantasy X for the riveting experience that is blitzball. No, we didn’t write that with a straight face.

As a boss, there are three fights with Sephiroth during the final battle in Final Fantasy VII, and the last one is impossible to lose, so victory is on the horizon at this point. However, you need to actually get there before you can celebrate. 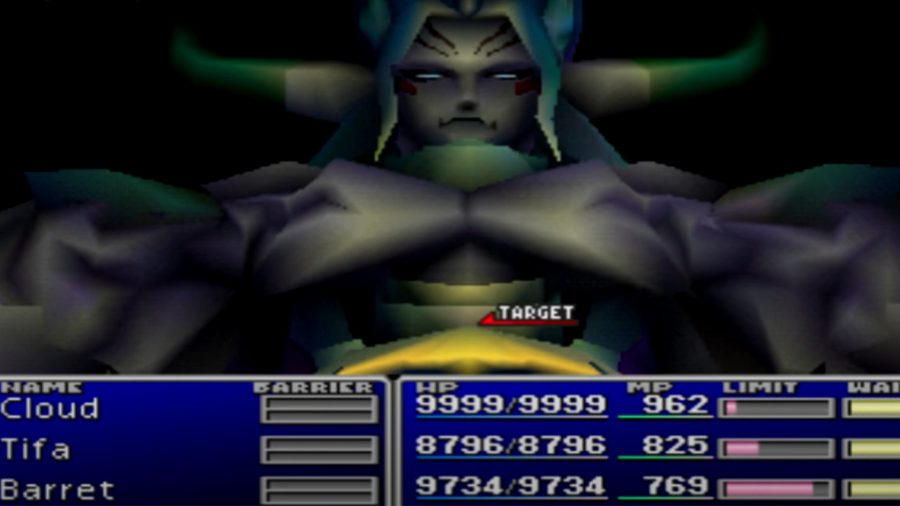 The first of Sephiroth’s forms in the final battle is Bizarro, one look at this hideous form, and you might want to run for the hills. Fortunately, we get our resident bad boy back in the following stages. Just grin and bear it with this one.

Okay, so there are three variations to this fight:

There are different pieces of criteria you must hit for each variation. It would be fair to say that the one-party scenario is the easiest given Bizarro Sephiroth has less health for all parts. However, that’s not to say the other options aren’t doable. Rather you might have to adopt different strategies to ensure success.

Moreover, an increased number of parties can increase the length of the fight due to needing to deal with sub-cores before having a chance at attacking the main core.

To get the one-party option:

To get the two-party option, you must also meet one of the following conditions:

Finally, the three-party option is only available should you fail to qualify for the other two. Or, more specifically, you must meet the following conditions:

There are two areas that you must destroy to end the battle, the body and core. However, Sephiroth also happens to have magic-induced limbs that specialise in a single element. Bear this in mind when choosing how to attack them, or they will absorb your spells while taking no damage.

To get rid of the limbs, we suggest calling in a couple of summons, namely the Bahamut summons. Soon enough, the limbs will be gone, leaving you with Sephiroth’s body and core to deal with.

Now then, when attacking the body, you’re likely to take some damage, so we suggest protecting yourself with a big guard, Cure 3, or regen. These spells will keep you in the fight and allow you to pummel the once-mighty SOLDIER.

Oh, a quick tip to help with the next fight, go to town on Sephiroth’s head. The more times you defeat in this battle, the more health Sephiroth loses in the next one. 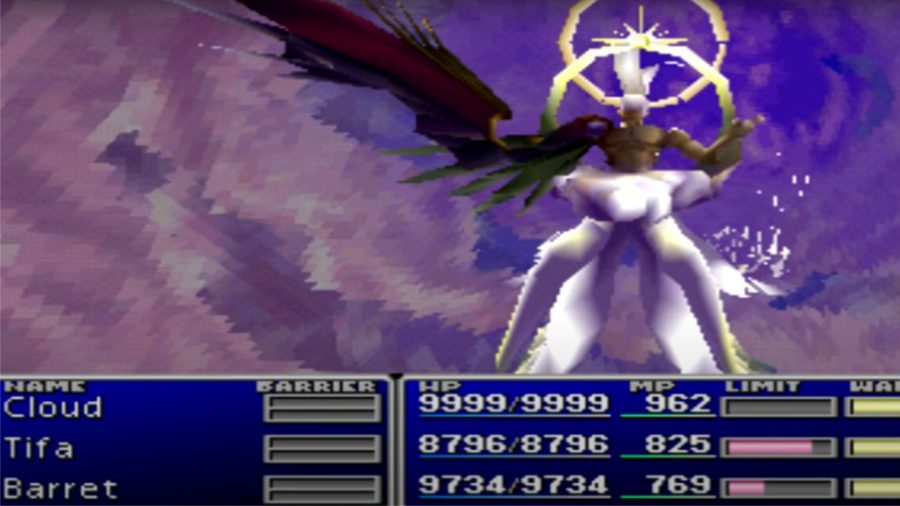 Technically, this is the final fight of Final Fantasy VII, as the subsequent encounter is a cinematic, plot-related sequence that you can’t lose. As the final fight, expect a great challenge, this is Sephiroth’s ultimate form, but hey, you didn’t come all this way to fall at the last hurdle.

By now, you should have mastered various materia, and we hope one of those is revive, because you’re going to need it, failing that, you best stock up on phoenix downs. It would help if you also stock up on elixirs and ribbons to not only heal your party but to cure them of the many status effects FFVII’s Safer Sephiroth inflicts.

Once again, you want to have big guard handy, or any alternative that offers you even a slither of protection. Of course, you also want to have some summons handy, though it’s best if you have Knights of the Round available for optimal damage against Sephiroth.

Do bear in mind that different criteria can affect the difficulty of this fight. For example, each level 99 party member you have adds an additional 30,000 HP to Sephiroth’s total health. 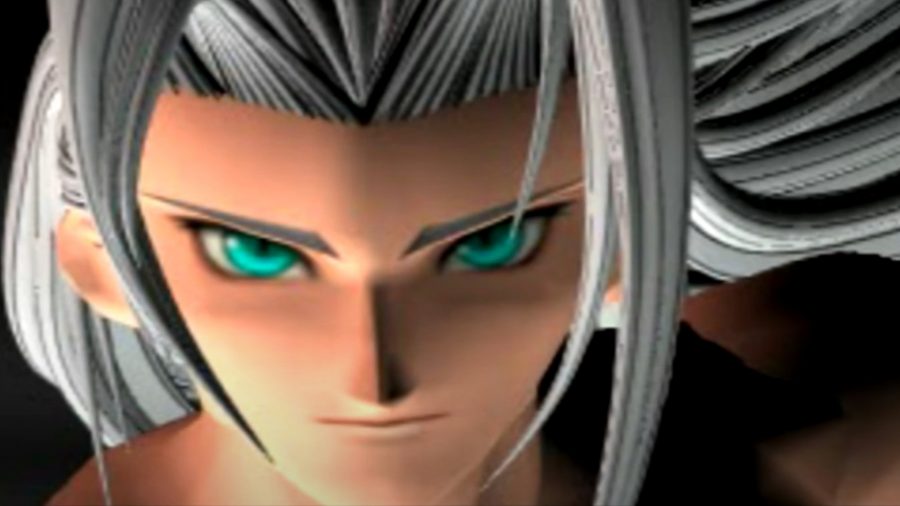 This is the final time Cloud crosses blades with his nemesis and given it’s mostly a cinematic experience, it’s impossible to lose this bout. So, after the hell Sephiroth has put you through on this adventure, you can treasure this moment. Take it all in, and enjoy the satisfaction that comes with finally topping this ex SOLDIER.

FFVII’s Sephiroth as a party member

At no point do you get to control Sephiroth. However, he temporarily joins your party as an AI-controlled member for a small portion of the game. Unsurprisingly, he’s incredibly powerful, he takes no damage, and all of his materia is at a master level.

There you have it, everything you need to know about Final Fantasy VII’s Sephiroth. Make sure you check out our picks for the best Switch RPGs if you’re after something different to play.