There’s much to do and see in Genshin Impact. Mihoyo’s open-world RPG is filled with expansive lands for you to explore, with each map featuring many quests – world or archon – to keep you busy. Thanks to the 2.0 update, you can access Inazuma, which brings with it even more quests – some are long, while others are quick, easy, and offer nice rewards.

In our battle of revenge Genshin Impact guide, we aim to provide details on where you can find the quest, and what steps you must take to complete it. Battle of revenge is a world quest found in Inazuma, so we recommend checking out our Genshin Impact Inazuma guide to familiarise yourself with the region – then you can serve that sweet, cold, dish of revenge.

Where do I find the battle of revenge Genshin Impact quest?

You receive the battle of revenge quest from a warrior known as Asakura in Inazuma City. It’s a relatively short quest that takes little time to complete. However, before he gives you this quest, you must first complete the commission known as “an art to be honed.” 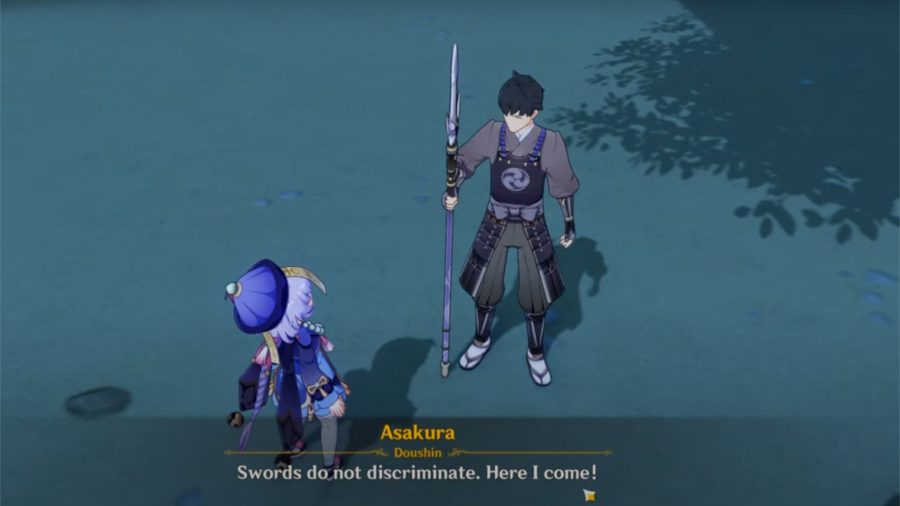 How do I complete the battle of revenge Genshin Impact quest?

To begin the quest, simply speak with Asakura in Tenshukaku in Inazuma City where he then tells you about his weapon, the one he lost to a group of Kairagi. This is where this short quest begins. You’re going to take on samurai and exact revenge for Asakura.

Next, as per the directions you get from Asakura, you find, and fight, a group of Kairagi, a type of samurai that wander the land in Inazuma, much like the Nobushi. There are two types of Kairagi – dancing thunder and fiery might. As the names may suggest, the former embraces the electro element, while the latter uses pyro. You should check out our Genshin Impact elements guide to learn more, including the reactions that the elements form together.

When facing these samurai, be wary of their dodges, slashes, and potential elemental reactions.

After you claim victory, it’s time to head to the Kairagi camp. Upon arrival, as you might expect, you find even more Kairagi, including the leader of this group. Just like before, you face off against these samurai, defeating all the leader’s subordinates – let’s hope this weapon is worth all the hassle.

Next, you need to return to Asakura to inform him that you have his weapon, and that the Kairagi are no more, serving a cold dish of revenge.

And that’s everything you need to know about the battle of revenge Genshin world quest. If you’re after something different to play, check out our picks for the best mobile RPGs, or the best mobile multiplayer games, right here.