Genshin Impact is a vast multi-platform open-world RPG featuring many different landscapes and playable maps. As such, there are plenty of quests – both archon and world – just waiting for you to find in this land. As part of the 2.0 update, Inazuma became available to explore, bringing many new characters with it, spread across several islands, all of which boast plenty of new quests for you to get stuck into.

Where do I find Genshin Impact’s sakura aborism quest?

Miyuki gives you this quest and is found just south of the Kujou Encampment in Kannazuka, Inazuma. However, she doesn’t come here until you complete the tatara tales world quest, which she gives you from her first location within the Kujou Encampment. Check out our Genshin Impact Shakkei Pavilion guide to learn more. 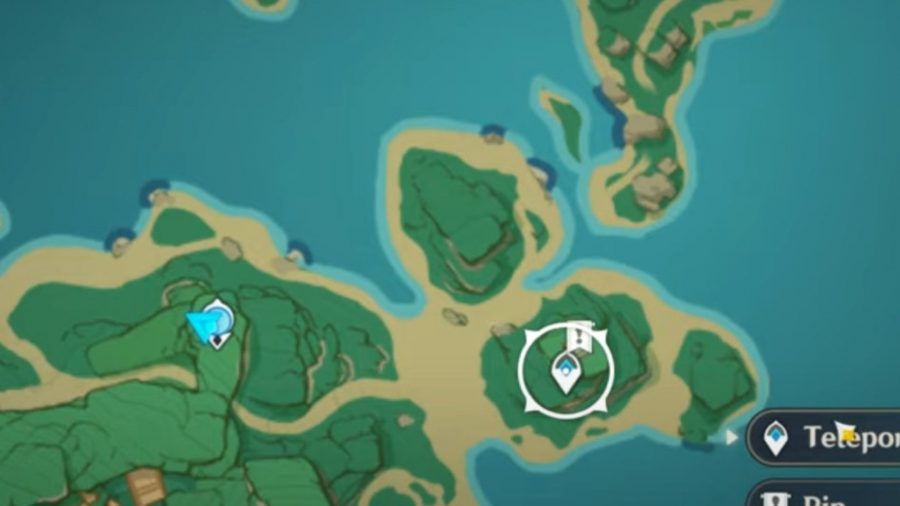 How do I complete Genshin Impact’s sakura aborism?

To begin the quest, you need to speak with Miyuki, who asks you to investigate a treasurer hoarder camp.

Naturally, the next step in the quest involves you finding this camp, and since it belongs to treasure hoarders, you know that you won’t receive a warm welcome for trespassing on their makeshift home.

Upon arrival and making your presence known, the thieves attack, so prepare yourself for a fight. Not that the treasure hoarders will cause too much of an issue, you face a lot worse when out exploring the world.

After the fight is over, there’s one member of the camp remaining, Hideaki. Interrogate him to see what he and his misfit friends know about the thunder sakura. Of course, it doesn’t take much for him to spill the beans, and when he does, your job here is done. Though the petty thief takes his chance to run away, perhaps you will see him again later.

Next, you must return to Miyuki and tell her of your discoveries. It turns out the pesky treasure hoarders have been causing havoc, and now it’s up to you to find the thunder sakuras and undo the damage done by the thieves.

There are five thunder sakuras for you to find, each needing a special touch to reverse the “juvenile antics” of the treasurer hoarders. But, of course, there are dangers to doing this due to the storms surrounding each thunder sakura, so don’t stand in one place for too long, less lightning strikes.

The five locations are as follows:

Upon reversing the damage to each sakura, you once again return to Miyuki to continue the quest. 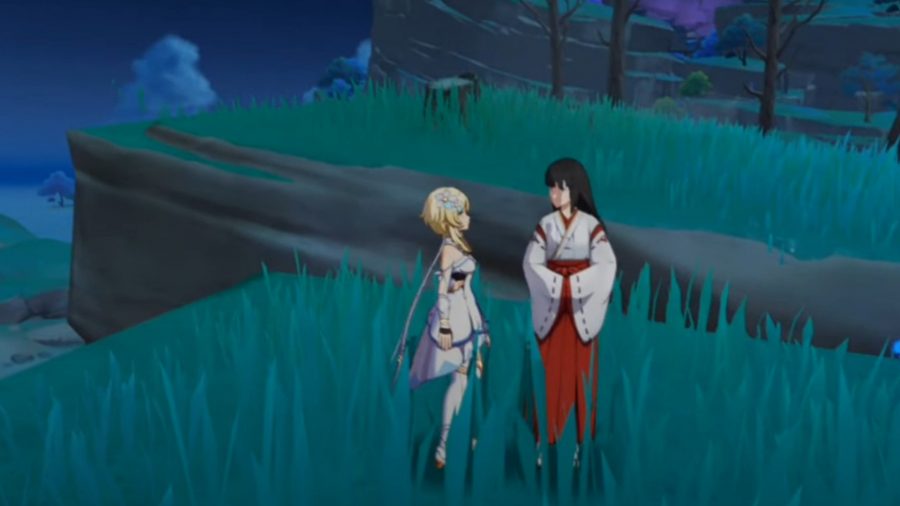 Returning to the treasure hoarder camp

Your quest takes you back to the treasure hoarder camp to reinvestigate. Of course, nothing is ever simple, and it’s not long before you come face to face with some attacking Fatui, who Hideaki brings to the camp – didn’t think you’d seen the last of him, did you?

There are three Fatui members to defeat:

After you defeat all three, it’s once again time to return to Miyuki, only for Hideaki to have found. You arrive just in time to see him awaken the slumbering monster, which, of course, leads to a boss fight. But not before Hideaki flees, and Miyuki gives chase.

It turns out the slumbering monster is an Electro Hypostasis, which you likely already have experience fighting. However, allow us to give a refresher on how to defeat this foe anyway.

If pyro is your element, you’re in luck as this means you can create overload reactions, which cause substantial damage to this boss. Moreover, if you’re capable of creating crystalized reactions, you may also get electro crystals, further boosting your defences against the incoming electric-based attacks. Check out our Genshin Impact element guide to learn more.

When the Electro Hypostasis reaches critical condition, it summons three prisms in a bid to defend itself. However, these are just as susceptible to pyro attacks and therefore cause little trouble.

Finally, speak to Miyuki one more time. There’s a marker on your map to lead you to her, and a very tired-looking Hideaki. Upon completing sakura aborism, Miyuki moves to her third and final location at the Grand Narukami Shrine.

And that is all we have on Genshin Impact’s sakura aborism world quests. If you’re after a new adventure, we recommend checking out our picks for the best Switch RPGs, and the best mobile RPGs, here.