Genshin Impact is a huge open-world RPG, with many gorgeous landscapes that are a joy to explore. But, of course, what would a role-playing title be without quests? A walking simulator with pretty surroundings – sounds nice, but that becomes dull after a while. As such, when exploring the world of Genshin Impact, there are many missions for you to tackle, be they archon or world quests. Furthermore, the release of Inazuma brings even more quests to the game.

Where do I find Genshin Impact’s sacrificial offering quest?

This world quest begins near Konda Village, in Inazuma. More specifically, you find it at an abandoned shrine northeast of the village.

After arriving at the abandoned shrine, you must interact with the large sky kitsune statue to the East of the shrine. This begins your investigation and starts the sacrificial offering quest. 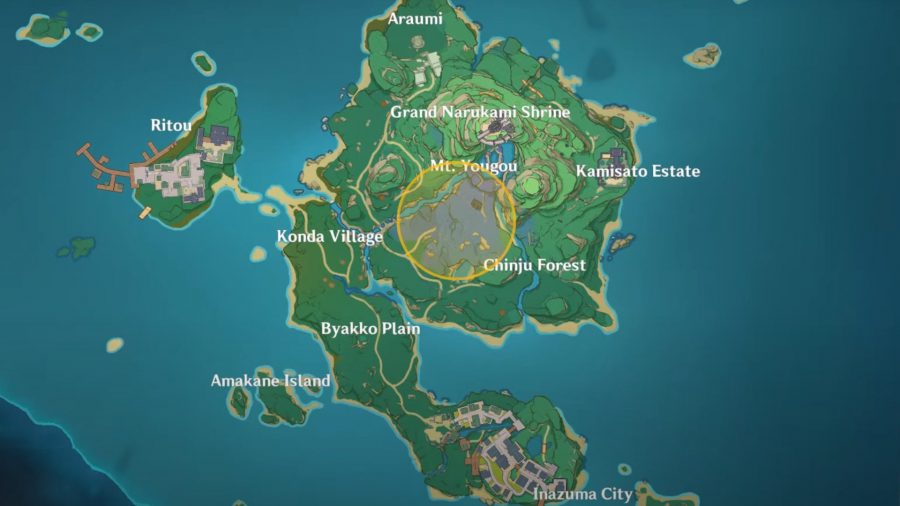 How do I complete Genshin Impact’s sacrificial offering?

First time at the abandoned shrine

You must first continue investigating the abandoned shrine, by speaking to the three shadows that are now present. Their locations are as follows:

Talking to all three shadows brings them to a stone platform with three kitsune statues. From here, they leave, but not before spawning three chests. Finally, upon investigating the platform, you receive the sacred sakura cleansing summary.

Following your initial investigation at the abandoned shrine, you then need to travel to the Grand Narukami Shrine.

While here, you must talk to shrine maiden Inagi Hotomi – there’s a marker on the map leading you to her – then she provides you with the memento lens, an item you use to see past events, or hidden things when in the presence of earth kitsune statuettes.

Return to the abandoned shrine

Now that you have the memento lens and can see things that the naked eye cannot, it’s time to continue your investigation at the abandoned shrine. First, equip the memento lens from your gadget bag. Then, upon observing the earth kitsune statues, you’ll witness several past events unfold – three of these feature important words for the next part of the quest.

The scenes are in the following locations:

After watching all the scenes, you’re able to progress with the mission. Next, you must stand in front of the sky kitsune statue and recite the words you heard when observing past events through the memento lens. Doing so rewards you with the ward – also known as the sacrificial offering.

The correct order for reciting the words are as follows: 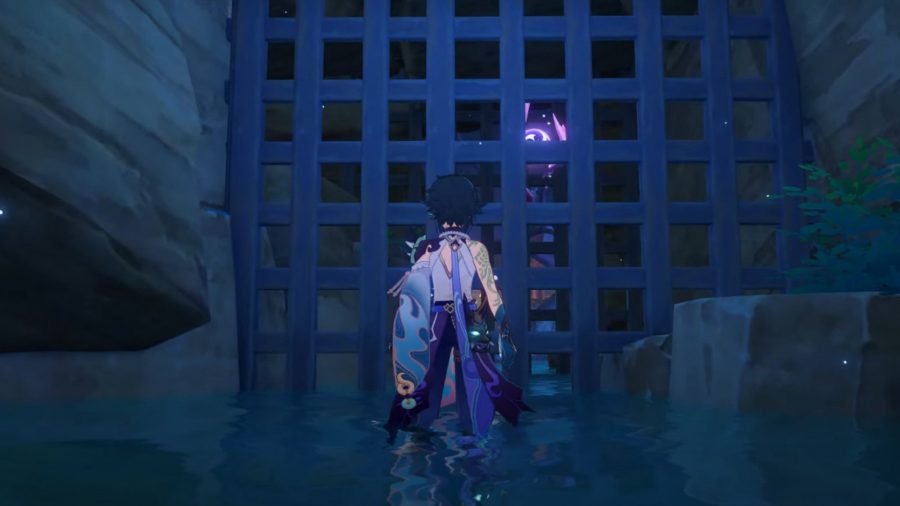 Upon finishing your investigation at the abandoned shrine, it’s time to find the barrier in a cave to the South of the Grand Narakumi Shrine, and to the North of a nearby small lake.

However, before heading here, we recommend you return to Kond Village. Once back here, go under the town’s well. From there, you can pick up the rust-work key, which you need to open one of the entrances to the cave.

After doing this, head over to the cave, and gain entry by unlocking the gate using the rust-work key.

How do I destroy the Genshin Impact barrier?

Upon entering the cave, place the ward on a small shrine, just in front of the torii gate. After doing this, you come face-to-face with a puzzle, and fortunately, it’s relatively easy to complete. It’s all about adjusting the electro lanterns you see around you – there are four overall. They all need to correspond with the petals of the glowing flower.

The central lantern needs adjusting to two, while the remaining ones all need changing to three. Do this, and the shrine activates – which brings a mini-boss with it.

On this occasion, the mini-boss is a samurai – also known as Ochimusha. You’ll have no problem dealing with this foe, and chances are you’ve been fighting them since coming to Inazuma.

After investigating caves, finding keys, and fighting a samurai, you’re able to complete the quest. Simply go and talk to Kazari, a shrine maiden near Konda Village. As sacrificial offering is part of a quest chain, you’re now able to progress onto the next part.

There you have it, that’s everything you need to know about the world quest, sacrificial offering. While you’re here, why not check out our Genshin Impact Araumi guide.