In Pokémon Unite, Absol is a speedster who can close the distance in an instant and deal massive amounts of burst damage. Absol makes for a strong mid-lane champion with good gank potential, and its high mobility offers a lot of potential for roaming and jungling. It is, however, a pretty tough champ to play, and can be a challenge for those of you who are new to MOBAs.

But never fear, we’re here to help. With this Pokémon Unite Absol guide, we will take an in-depth look at all of this feisty Pokémon’s abilities and utility in battle. You will find out about the best Pokémon Unite Absol build, including which moveset to choose, and what items you should pick in order to become an Absol-ute master in no time at all.

How to play Absol in Pokémon Unite and what are Absol’s moves?

Absol has a wide range of moves in Pokémon Unite, with a focus on high burst damage and mobility. This Pokémon greatly benefits from taking on an aggressive playstyle, and does well in coordinated team fights due to its quick leaping attacks and high critical damage. 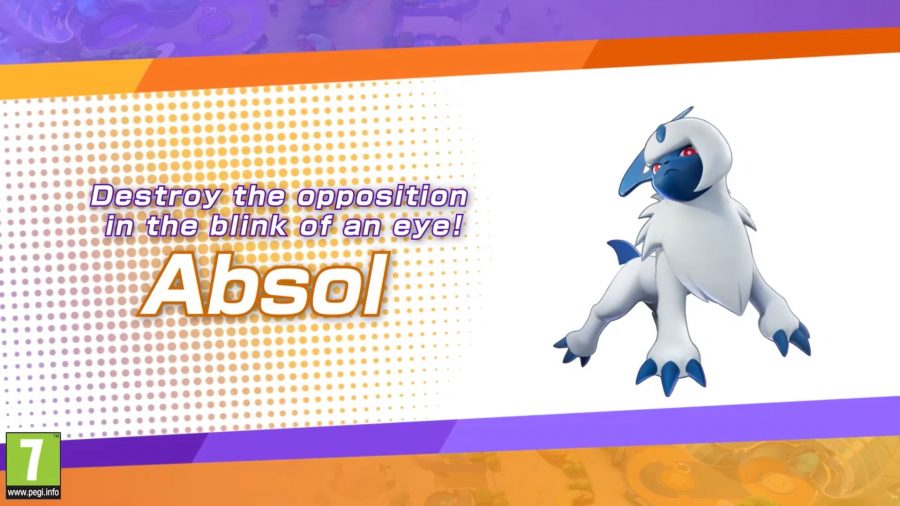 It can be tough to play as Absol in the early game, as your full potential will not be unleashed until you unlock the full kit. Therefore, it’s important to spend some time farming in the jungle at the beginning of a match in order to gain a good EXP and level advantage before you start trying to set up ganks for your team. Gaining an early advantage like this is key to using Absol effectively, and can help you become a powerful threat to your opponent. Also, remember that your dash moves can be used for more than offence – they can be a very handy escape route if you’ve gotten yourself in a sticky situation, so make the most of your mobility.

As always, it’s important to approach each match with a little flexibility. But when faced with choices between moves, this is what we think would stand the best chance of carrying you to victory.

As we mentioned above, it’s important to start your match in the jungle to gather some sweet EXP. You get access to both moves as you level up, but will have to pick which one you want to start with. Both moves will give you high damage from the offset, meaning you can clear out some wild enemies as soon as you hit the map.

Slash temporarily increases your critical hit rate and has a low cooldown, and should be used as frequently as possible. Feint is a great piece of kit when it comes to burst damage and helping you close the distance between you and your enemy. Be sure to make the most of the bushes around the map so you can hide from your enemies, and avoid trying to gank until you’ve got your level three move and, preferably, the orange Bouffalant buff from your jungling excursions.

We recommend you pick slash first, as its low cooldown will help you clear mobs faster, then pick up feint at level three. 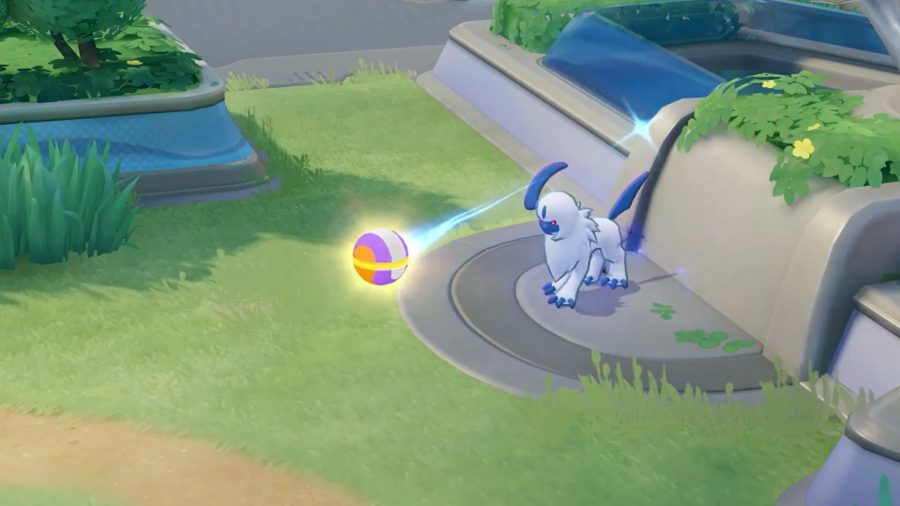 Even in mid-game, it’s still important to continue farming in the jungle to help you reach level seven as quickly as possible. Audino and Vespiquen are great sources of EXP while you’re out in the wild, so try to take down as many of them as you can.

At level five, you will unlock the option to pick from two strong upgrades for Absol. Both are viable options as they offer useful improvements to your feint ability, so it is ultimately down to your preferred playstyle.

Night slash directly upgrades feint, adding a follow up forward strike following a successful initial strike. It also increases your critical hit rate based on your target’s current HP, so you can finish off your wounded enemies quicker.

Pursuit is brilliant for those of you who focus on positioning and timing, as it deals high damage when you strike a target from behind. The cooldown is also reduced, making you a force to be reckoned with when it comes to enemies trying to escape.

We recommend night slash if you prefer a direct, open combat approach, or pursuit if you want to focus on strong ganks.

This is where Absol really shines. This second flux of upgrades allows for a huge power spike, where you can once again choose from two really strong options.

Sucker punch has you ram into your target, dealing a burst of damage and stunning them. This is very useful for tracking down those annoying speedy Pokémon like Lucario or Talonflame. It’s a great choice if you picked night slash, as they make a powerful combo together.

Psycho cut gives a great boost to Absol’s burst damage, as slashed targets will be marked three times, increasing the damage of your standard attack. This is great against tanky targets like defenders or all-rounders, and has a good range. If you picked pursuit, start with psycho cut, then pursue, followed up by your auto-attack to get in a lethal blow. Just remember to be wary, as this leaves you little room for escape.

We recommend you choose these abilities based on who you are up against, and what you chose previously.

Absol’s unite move really pushes your burst potential to all new levels. With its super strong cone attack, you have the opportunity to deal devastating damage to multiple enemies. Try to catch as many opponents as possible within its range, as this can really sway a team fight in your favour. Absol will also phase out of view during this attack, making it nearly impossible to cancel once it has begun. 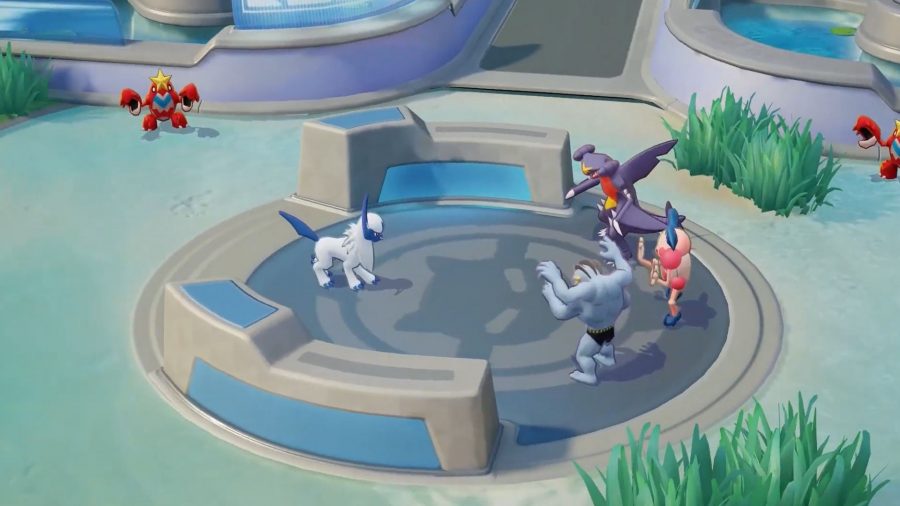 What are the best held items for Pokémon Unite’s Absol?

You can choose up to three held items. These are some of the best options, primarily focusing on basic attack damage and speed to help you clear wild Pokémon in the jungle quicker, HP regeneration, which gives you good sustain in your early game and allows you to farm safely, and, of course, sweet, sweet critical damage.

What is the best battle item for Pokémon Unite’s Absol?

You can choose one battle item per match, and for Absol we recommend picking one of the following.

If you want to know more about Pokémon Unite, we have a super useful Pokémon Unite guide and all you need on the Pokémon Unite mobile release date. Or you can check out our list of the best mobile MOBAs if you’re looking for something new to play, and a Pokémon Go event guide for more pocket-monster goodness.