Pokémon Unite is an exhilarating MOBA that marries together the team-based battle format with the ranks of powerful Pokémon. Whilst Pokémon Unite Garchomp is not in the starting lineup for the game, he is one of the free choices in rotation. Garchomp’s all-rounder gameplay makes for a popular choice and with moves like bulldoze and earthquake, Garchomp is a tank in the battlefield.

As the battle progresses, so do you, levelling up and evolving as you go. So, your battle choices change as your moves expand. If you’re looking for some tips on how to play with Garchomp, we’ve put together our ultimate Pokémon Unite Garchomp build guide to help you make the best selection when it comes to the items and moves you use as you head deeper into battle.

What are Pokémon Unite Garchomp’s moves?

Every Pokémon has a variety of moves to choose from, depending on your level. Of course, how you play the game is completely up to you, but we have a few suggestions that could help you make your mind up. As mentioned, Garchomp is a tank of a Pokémon, burrowing, bruising, and bashing his way through the opposing team. For this, you’ll want to build up your attack strength as well as giving Garchomp an option to retreat. 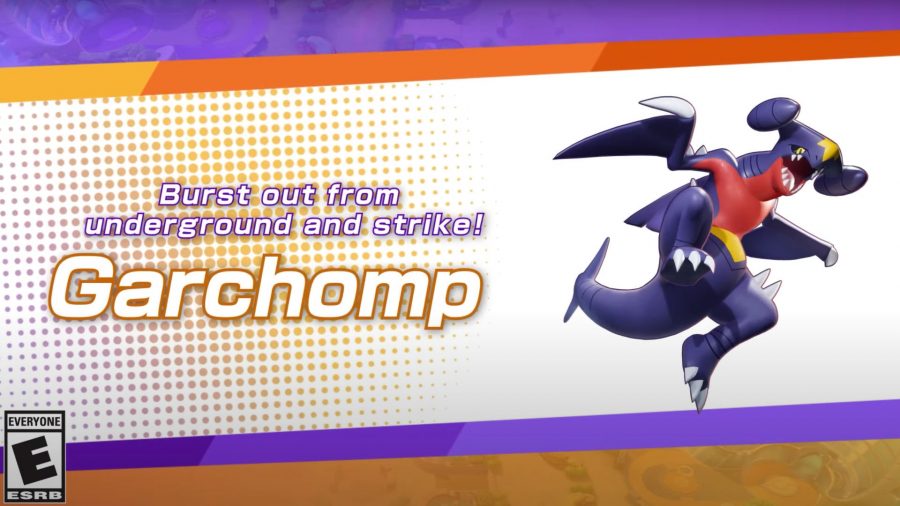 Between levels one to three, you’ll have a choice to make. Eventually, you’ll be given both but in the early game you need to pick what move you want to help steer you through those initial fights as Gible. Sand attack is all about inflicting some damage but getting away. Bulldoze is all about stomping your way into battle with this AOE damage move.

The later game will bolster your damage, but for now, we recommend sand attack first for its ability to place into both attack and movement, followed by bulldoze.

When you get to level six, you’ll have to choose one of two moves as you evolve into Gabite. Dig is an AOE damage move which makes you temporarily untargetable as well as reducing damage received for a short time. Dragon rush is all about diving, damaging, and destroying.

Depending on how you want to play it, we’d recommend dig for the ability to attack and retreat.

At level eight, you have another choice between two. Earthquake plays more into Garchomp’s ground attack jumping into the air and crashing into nearby opponents, dealing out damage for all those around. Dragon claw is, like it says on the tin, playing into Garchomp’s draconic side, unleashing a claw attack that can be boosted on the second hit. 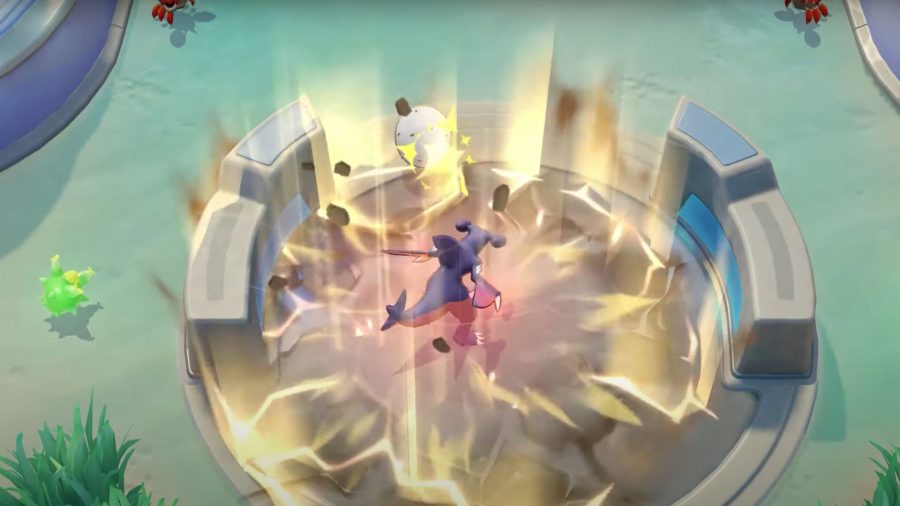 At this point, it’s battle-dependent on the moves you want to pick. It might be time to unleash your dragon or it might be a better bet to deal your offense on the ground. For this build, working up from the dig move seen at level six, we’d recommend earthquake.

You’re at level ten and you’ve finally reached your final form as Garchomp. At this point, you’ve unlocked your Unite move, livid outrage, a powerful flurry of high-damage attacks that will leave your opposing team both injured and scattered. Be aware though that by unleashing this move, you’ll also stun your Garchomp in battle so be ready to fight once you’re back in action.

What is the best attack build for Pokémon Unite’s Garchomp?

We’ve put together just one example of how to play with Pokémon Unite’s Garchomp as you progress through battle. This build focuses on the ground attack abilities, harnessing high HP damage and displacing your opponents. 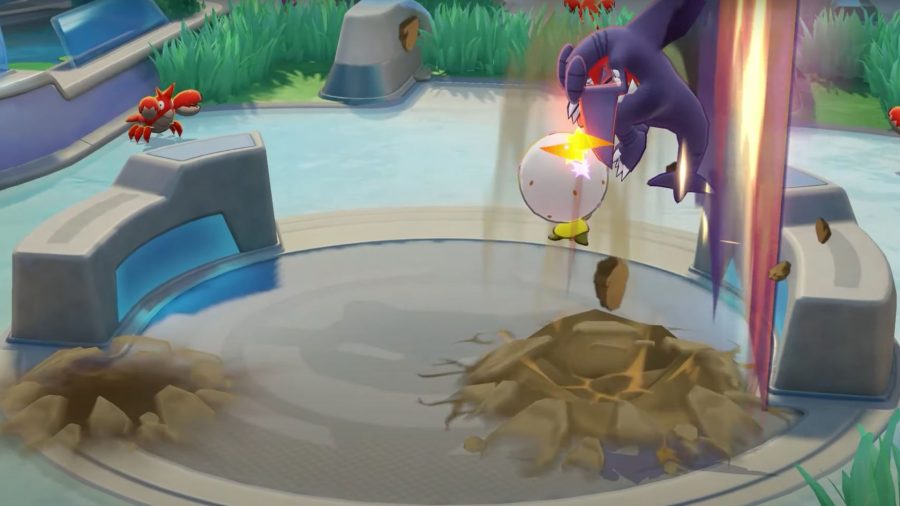 What are the best held items for Pokémon Unite’s Garchomp?

You can choose up to three held items. These are some of the best options in the game to increase both attack power and movement speed to enable Garchomp to unleash his full dragon tank potential.

Gains a percentage of your maximum HP as a shield that blocks special attacks (out of combat).

Moves faster when out of combat.

Deals percent damage to nearby opponents after taking a certain amount of personal damage.

What is the best battle item for Pokémon Unite’s Garchomp?

You can choose one battle item per match. For Garchomp, we recommend you choose one of the following.

Instantly teleports you to a nearby location.