Pokémon Unite has a roster full of fan favourite monsters for you to master, including Venusaur and Charizard. Now, finally, Blastoise is here to show the other two gen one starters who’s boss.

We’ve known about this water-type for some time now, as the official Twitter page showed Pokémon Unite’s Blastoise off alongside Gardevoir in a tweet, so it’s nice to finally have a chance to try it out. If you want to stay up to date with all things Blastoise, make sure you bookmark this page and check back later for more updates.

Now, without any further delay, let’s get into our Pokémon Unite Blastoise guide. 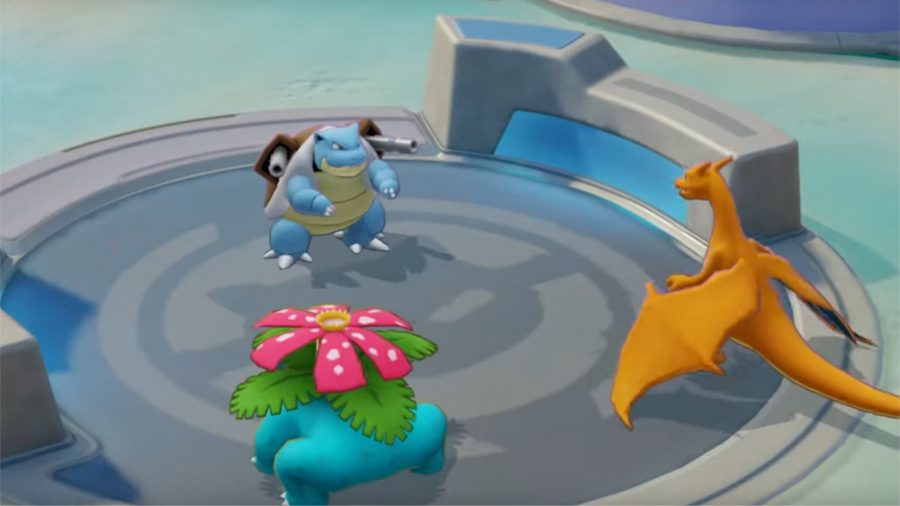 What is Pokémon Unite’s Blastoise moveset?

Blastoise is a defender, thus it has a moveset that leaves you will multiple build options. However, for us, we like to be in on the action, so we will be offering suggestions on an aggressive build for Blastoise.

If you’re going down, you may as well take the enemy with you. Upon losing at least half of its health, Blastoise gets a nice boost to its attack and special attack – this giant turtle goes down swinging.

To kick things off, we recommend starting your build with the water gun, allowing you to attack the enemy from a distance, causing damage. Because, of course, the best defence is offence. Plus, water gun has a lower cooldown period, and every second counts when you go to war.

Okay, so here’s where you need to make a decision, because both of these moves can prove useful when preparing Blastoise for an offensive build. However, we would rather pump than spout, so we tend to choose hydro pump which not only allows you to deal damage, but it also pushes opposing Pokémon away.

Usually, we’d day ride the waves, and embrace your inner surfer, but in the case of Blastoise, we would rather get caught spinning around – best move out of our way. Not only does Blastoise spin rapidly, causing mass area damage, but it changes the mechanics of its basic attack, and its hydro pump and water spout abilities.

This is one storm that the opponent wants no part off. Blastoise’s Pokémon Unite move is hydro typhoon, which sees the Pokémon shoot water at its enemies while spinning. Not only that, but those that get hit are also thrown, while Blastoise gets a shield. 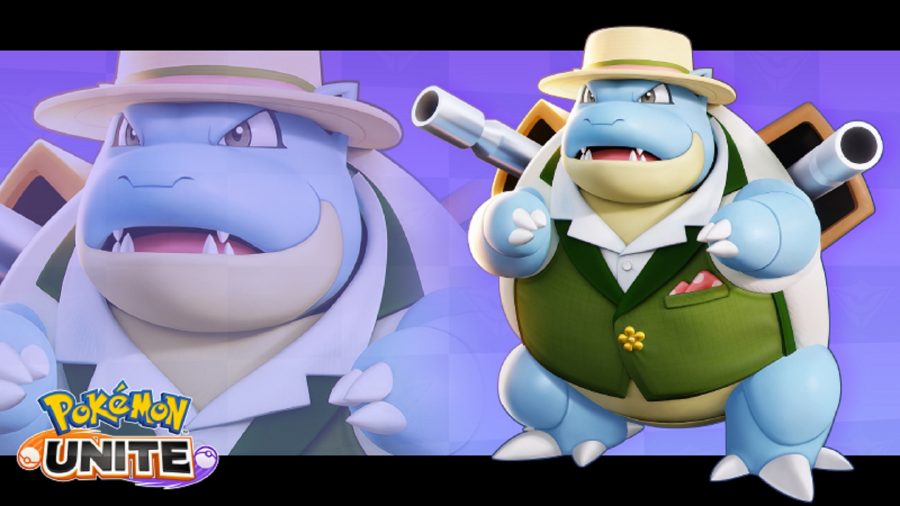 What role can I play as with Pokémon Unite’s Blastoise?

Blastoise is a defender in Pokémon Unite, which means it can protect other team members and take some heavy hits from opponents.

Much like in the mainline games, you will need to evolve Squirtle into Wartortle, then Wartortle into Blastoise.

You can equip your chosen Pokémon with up to three held items, all of which offer varying benefits such as an increase to health, defence, and attack. Given Blastoise is a defender, we recommend selecting items that provide shields and up your general defences – as well as helping your teammates.

Grab yourself a buddy, now protect them with your life! Or don’t, it depends on how much you like them really.

Focus Blastoise, you can do this. The focus band is the perfect choice for a defender, as it increases defence, special defence, and replenishes a small amount of health too.

You’re not going to be much of a defender if you can’t dish out damage to actually, you know, defend the goal and your teammates. As such, you should consider using the muscle band, allowing Blastoise to put some welly behind its attacks.

In the same vein as the muscle band, wise glasses give an attack boost. Except, this item focuses on special attacks – to learn more, check out our Pokémon Unite special attack guide. This isn’t typically the best item for a defender, but is a solid choice if you want to be able to go on the offensive.

To learn more about items, be sure to visit our Pokémon Unite held items guide.

Every Pokémon can take one battle item into a match with them, and it’s important to give it some thought, as this one item can turn the tide of battle.

Sometimes, even mighty defenders have to call quits on an encounter to ensure their survival, and that’s where the eject button comes in. With this, despite its enormous size, Blastoise can teleport itself to another area of the map, moving out of harm’s way.

To keep in the know, make sure you take a look at our Pokémon Unite patch notes guide.