Pokémon Unite introduced Gardevoir as its first new champ since release, and this psychic attacker promises a massive amount of targetable damage and the ability to adjust the position of subsequent attacks. Though Gardevoir may take a little practice to perfect, it has great potential, and with our help, you’ll be a master in no time.

In our Pokémon Unite Gardevoir guide, we will tell you all about this interesting champ’s moves, build, the best items to pick, and the best strategy for raking in those points and KOs. With great damage out the gate, but a lack of defence early game, you will need to play smart with Gradevoir. However, it’s definitely worth the trouble.

What are Pokémon Unite Gardevoir’s moves?

Gardevoir makes full use of its psychic typing with some really unique and useful moves. We recommend the top lane, but with the high damage you dish out, you can choose the bottom lane as well, especially if you’ve got a tough ally to hide behind. As with most attackers – especially those who have an evolution – you are quite squishy, especially in the early game, and therefore need to play it safe, poking enemies from a distance and avoiding taking on more than one enemy at a time until you have your full kit.

You will start as Ralts, who, despite its lack of endurance, is still a brilliant attacker. It’s important to make full use of the range on your attacks and moves, hanging back behind your team in group fights wherever you can, and clearing wild Pokémon to snatch yourself up some levels and XP as early as possible.

MOBAs always require a certain level of flexibility depending on your team and enemies. You can check out a description of each of the moves below, and find out which we generally recommend to make the best use of this powerful critter. 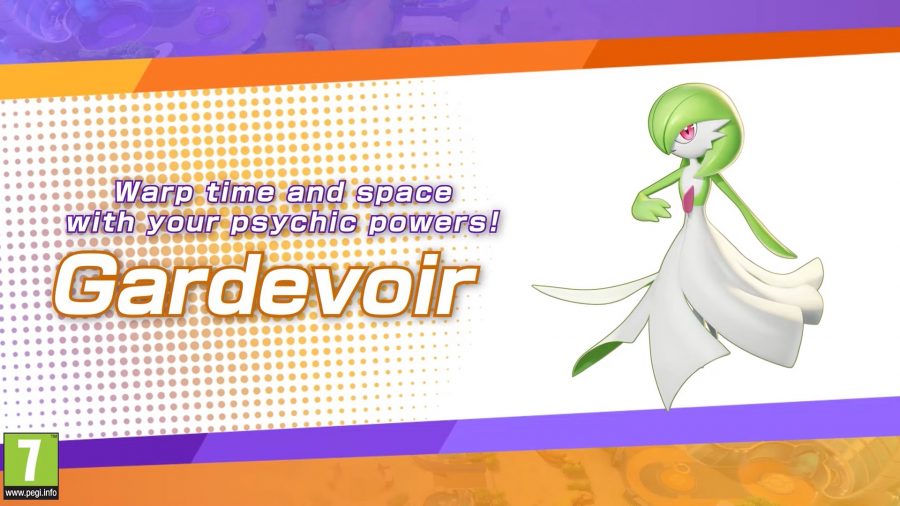 Early in the game, your focus should be on hanging back and staying out of danger as you farm, or by using your large range to poke enemies during ganks. Confusion is a great bit of kit to secure you faster clears, which will help you level quickly. Teleport is a handy dash that can be used offensively, but should mostly be reserved as an escape route for when things get sticky.

We recommend you pick confusion first, then teleport at level three. 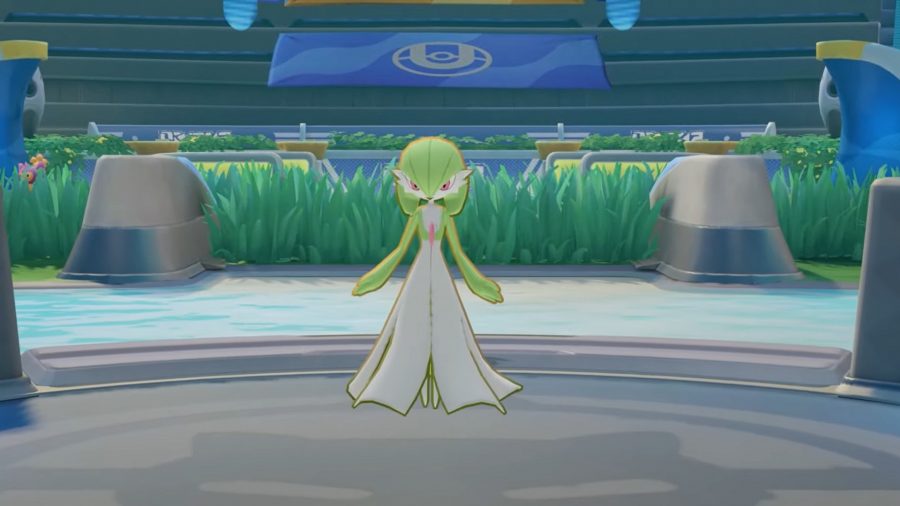 At level six, Gardevoir gets a great boost to its offensive damage, with a choice from two move upgrades. They both inflict AoE damage, and offer up some pretty powerful punches. Psyshock pushes out multiple waves and reduces the cooldown for the move every time they hit, making it great for continuous damage. Future sight also has a cooldown reduction, and acts more like a landmine.

Though both options are worthwhile, we recommend psyshock.

This is where Gardevoir really starts to shine even more. You get another choice between two moves, and, again, both are strong options. Psychic is an AoE attack that can deal some nasty damage to the enemy, while moonblast has brilliant stun potential.

We recommend you choose the move based on your playstyle – go with psychic if you want to play more aggressively, or moonblast if you want to hang back and stun from afar.

Gardevoir’s unite move is super powerful, and when used well can be devastating to the enemy team. You pull all of the enemies into one concentrated location, which is really good when trying to take Zapdos or Rotom when the enemy team is trying their luck too. It’s also great for defending your goal during a gank, or scoring goals in their base. It’s best used if your team can coordinate ults, though, so if you’re playing with a group of friends on mic, you will be near unstoppable with this little beauty. 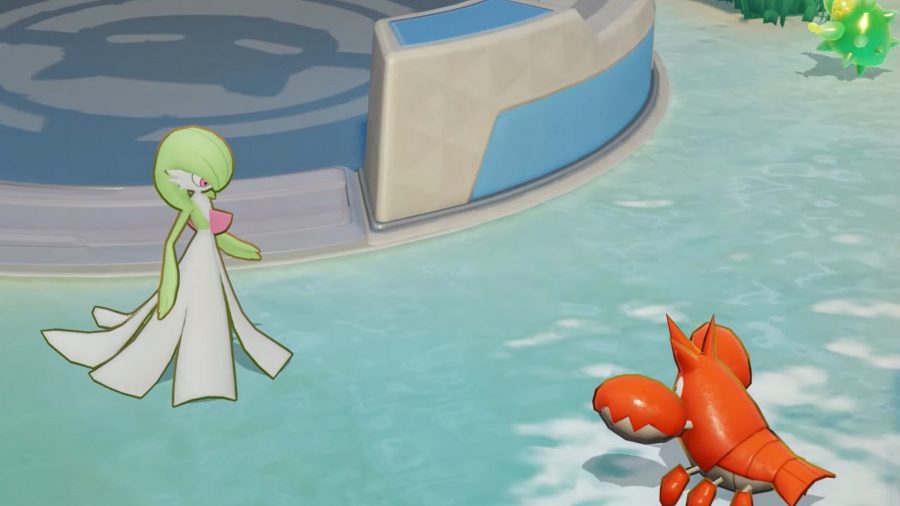 All the critters in Pokémon Unite either specialise in attack or special attack, which dictates what items are effective for them, and what enemies they are weak or strong against. Gardevoir uses special attack.

What are the best held items for Pokémon Unite’s Gardivour?

You can choose up to three held items. These are some of the best options, primarily focusing on boosting your special attack to give your moves that extra edge.

What is the best battle item for Pokémon Unite’s Gardevoir?

You can choose one battle item per match, for Gardevior we recommend the following.

Eject button – allows you to teleport short distances, increasing your mobility and acting either as an escape when faced with a tricky situation, or an offensive manoeuvre when you want to get right into the fray of battle.

If you want to test your skills in Pokémon Unite, we have a super useful Pokémon Unite guide to tell you all about the game. Or you can check out our list of the best mobile MOBAs if you’re in search of something new.