Pokémon Unite is now with us, a MOBA that puts you in 5v5 matches, so grab your buddies, fellow trainers, and get out there. You’re able to compete in standard, ten-minute rounds, or quick matches that take less than five minutes, if you’re just after some fast fun. Or, if you have a competitive streak, you can climb classes through ranked matches. Of course, no Pokémon game would be complete without the creatures themselves, and Unite already has an impressive roster.

In our Pokémon Unite Slowbro build, we aim to help you get the most out of this tank by giving our recommendations on his moves, and what items suit the Pokémon best. As for its role on the battlefield, Slowbro is a defender, meaning one of its primary aims is to stop the enemy from scoring. But, of course, this doesn’t mean that the creature can’t dish out some punishment and offence of its own.

For our build, we chose to embrace Slowbro’s defensive capabilities, albeit with an aggressive twist. Yes, we’re using moves that have a high damage output or that are capable of immobilising the opposition. However, we also select abilities that aid teammates, or at the very least, make scoring goals that much more difficult for the enemy. Speaking of goals, Slowbro’s large HP and damaging attacks also mean it can score some points of its own.

Slowbro is a psychic Pokémon with water capabilities, so it’s not surprising to see a range of moves available that cater to different builds. 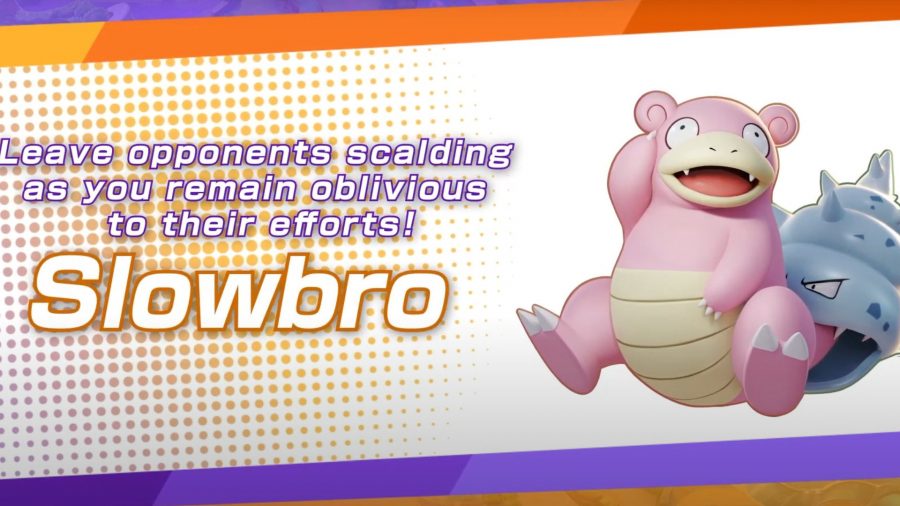 There are two clear paths when it comes to playing as Slowbro. You can either be a tank and withstand tons of damage, or be the one that dishes out said damage. Due to the aggressive nature of our build, we suggest choosing water gun first, as not only do you harm enemy Pokémon, but the move also has a slowing effect, leaving the opposition vulnerable to follow up attacks.

Upon reaching level four, it’s time to select a replacement for water gun, and there are two options to consider – scald and surf. This is part of what makes Slowbro unique because both of these attacks are worth using. However, given our preference for aggression, especially since Slowbro can take a hit, we suggest choosing scald which causes AOE damage and has a considerably shorter recharge time. However, surf can be good for crowd control.

Now it’s time to replace slack off, the healing capability that has likely kept you alive thus far – annoying the opposition each time they think you’re down and out, only for Slowbro to take the ultimate power nap. Now then, it once again comes down to your playstyle. For our build, we opt for telekinesis. You no longer regenerate health, but you do sweep the oppositions off their feet – literally. By levitating enemy Pokémon and pulling them towards you, not only can you prevent them from running or scoring, but you also leave them vulnerable to your teammates.

Slowbro’s Unite move is slowbeam. This attack is two-fold. The positive is that it freezes all of the enemy Pokémon around you, but at the cost of making yourself stuck, which leaves you vulnerable. However, this can turn the tide of battle, and it can most certainly help as the last line of defence against a team that looks to score big numbers. 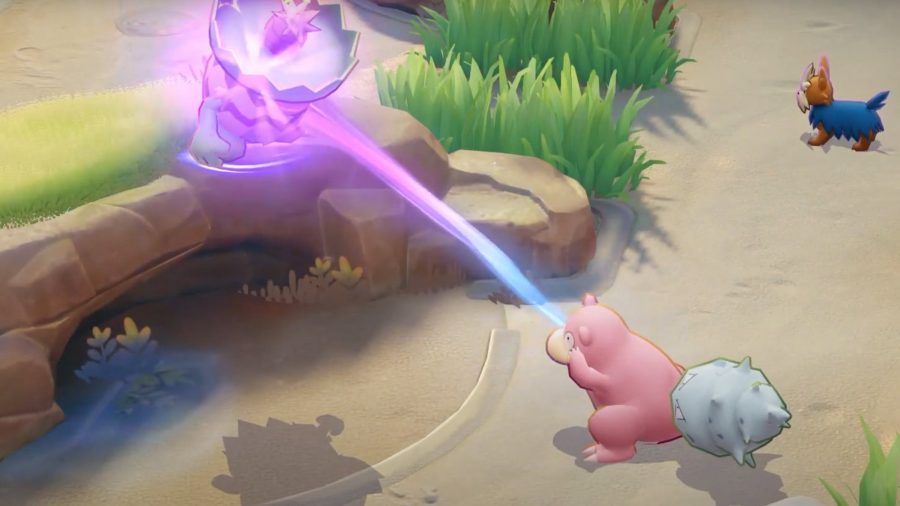 Pokémon can hold up to three items, and there’s quite a selection to choose from. However, we recommend further increasing Slowbro’s health with these items below.

Slowbro can already take a bit of damage, but why not make a tank Pokémon even more of a powerhouse. Oh, and not only does a rocky helmet grant a HP boost, but it also reflects damage at the opposing Pokémon.

Come on, Slowbro, focus! By equipping your Pokémon with this item, you’re increasing its defence, special defence, and the amount of HP it recovers after dropping below a certain percentage.

As we mention above, Slowbro’s Unite ability leaves it vulnerable to attack, should the opposition close in on him if they manage to avoid his attack. However, this is where friends come in, and the buddy barrier grants both you and your lowest-HP ally a defence barrier, helping to keep you in the fight that bit longer.

Who doesn’t love a cookie? Especially when it’s good for your health. Give Slowbro the Aeos cookie, and its max HP increases each time it scores a goal. 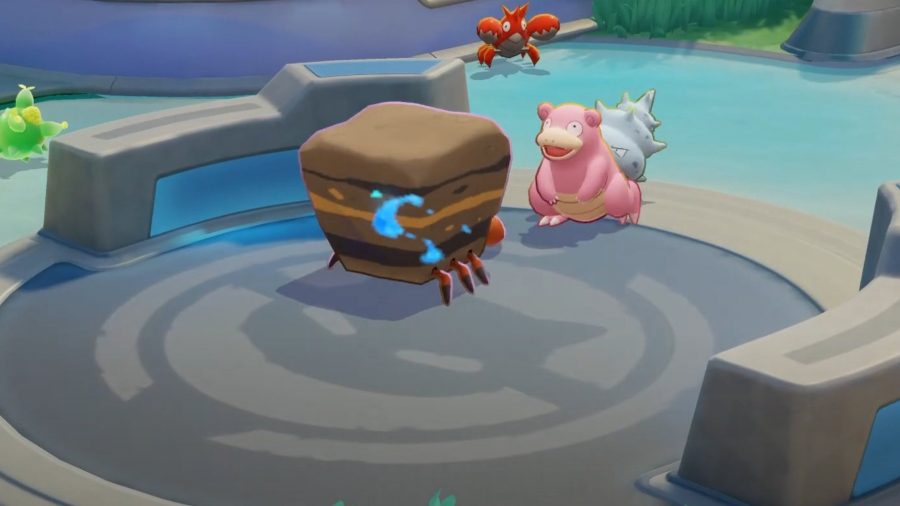 Now you see Slowbro, and now you don’t. The eject button allows you to teleport to another location on the map, aiding you to escape a potential onslaught by the opposition. Of course, Slowbro can heal itself, but fleeing is the best option if it’s a three on one scenario.

Being a defender is tough, especially since you’re likely to be taking a lot of damage. So, be sure to pop a full heal in between battles to keep your guard up.

Who does Pokémon Unite’s Slowbro work well with?

This bird hits like a freight train, so when you combine that with Slowbro’s ability to immobilise its opponents, victory is surely yours.

There you have it, our Pokémon Unite Slowbro build. If you’re looking for something new to play, you can check out our picks for the best Switch RPGs here.