Pokémon Unite is here, and with it comes a flurry of Pokémon you can take with you into battle. Whether you’re playing with friends or uniting with randoms online, you’ll see a familiar stack of faces with Pikachu, Talonflame, Charizard, and Garchomp all joining the ranks in the newest addition to the Pokémon gaming franchise.

In our Pokémon Unite Lucario build guide though, we’ll fill you in on everything you need to know to get the most out of the all-around warrior who loves to get up close and personal in battle. Lucario is known for being fast-paced and agile, but it needs battle prep to help reach its full potential. So, we’ve put together the best held and battle items, as well as what moves to equip to get the best out of this very versatile fighter.

MOBAs like Pokémon Unite offer the chance to play all kinds of builds. In our guide, we’re leaning into Lucario’s ability to play fast and hard. He’s an all-rounder, sure, but he’s also an attacker who can get into the mix with speed. It’s up to you how you play though. We’ve got a list of everything Lucario has to offer as well as some suggestions on the build that you might want to take into battle to set you up for a win. Lucario’s moveset is very speed-based and as such, we’ve put together an offensive speedster build. 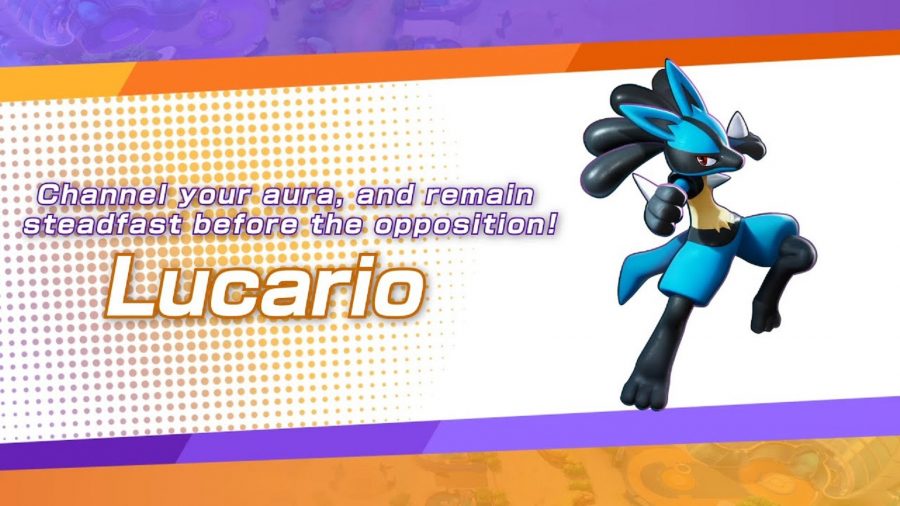 At the very beginning, Lucario can choose one move to use in the early game battle. The second one will automatically apply once level three is reached. Quick attack is all about dealing out damage, lunging Lucario forward at an almost invisible speed that will shock and hurt opposing Pokémon. Meteor smash is a damage and displace move, sending nearby opponents flying. For this build, we’d recommend quick attack first to make for quick escapes in the early game, darting around the map.

Lucario can learn one of two moves for level five. Extreme speed boasts damage at high speeds and even has the ability to reset and restore HP on cooldown if used successfully at point-blank range. Power-up punch, though, is the one we’d recommend for its ability to really cause some damage at rapid speeds. 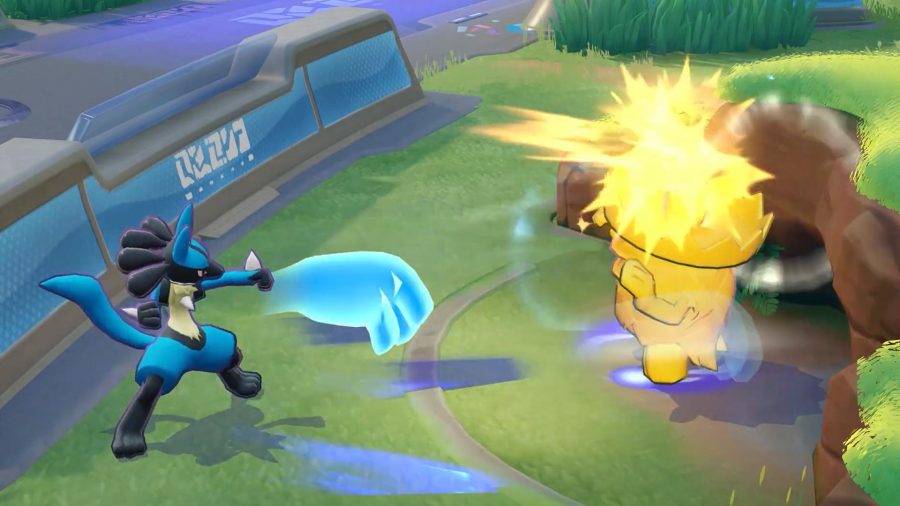 At level seven, you have another choice to make. It really depends on how you want to play it for the remainder of the battle. If you prefer to keep moving and playing into Lucario’s agile strength, then bone rush is your obvious choice. If you prefer to stand your ground and use continuous damage to destroy the opposing team then you can pick close combat.

You’ve made it to the end game and Lucario’s Unite move is aura cannon, a devastating AOE attack that deals out some serious damage while also increasing the damage of your power-up punch. Lucario is well-balanced at the core, so you can continue to combine its attack power and movement speed to take you through those final seconds.

What is the best build for Pokémon Unite’s Lucario?

This is one example of a great attack build that will hopefully help Lucario finish opponents without having to worry about retreating from the fight too often. We focus on close-range power plays, with Lucario being embedded deep into fights.

Lucario can hold up to three items and for this build, we centre on boosting that damage rate, as Lucario’s strength truly lies in getting into the thick of it when it comes to the battle arena. 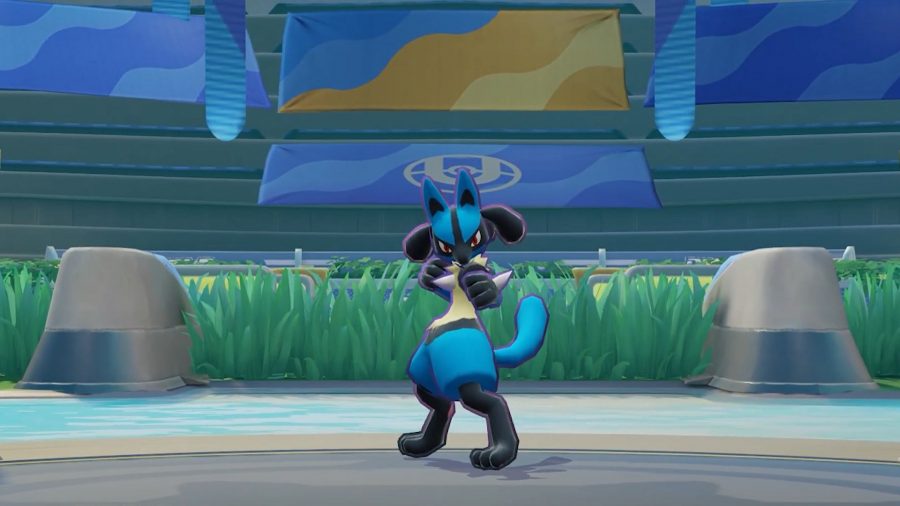 Finally, you can also pick a battle item for Lucario and for this, we’d recommend planning an escape with the eject button for those moments when your attack hasn’t landed the way you wanted it to and you need to retreat to safety.

How to get Lucario in POKÉMON UNITE

To unlock Lucario in Pokémon Unite, you’ll just need to head to the Unite Battle Committee and purchase the Lucario license. It costs either 10,000 aeos coins or 575 aeos gems.