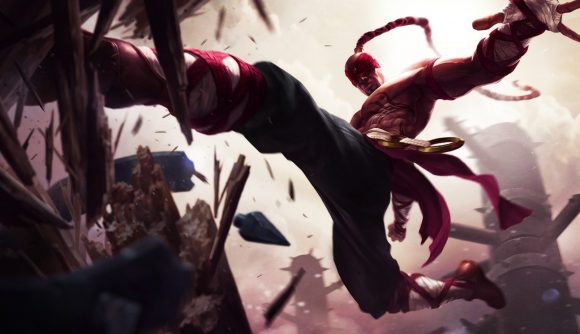 One of the best things about MOBAs is the cast of characters that each one has, and that’s especially true for Riot Games’ League of Legends: Wild Rift, as the mobile game features many champions from the original game, of which there are more than 140 at this point. However, while some are easy to master, others leave you in disarray, as they make you scratch your noggin’ in confusion.

This is something that we can relate to, and evidently, so can Reddit user Presa Mayo, as in a Reddit thread, he asks the question, “what is the hardest champion you ever played? (For you),” and while this is certainly subjective, a fair few champions crop up several times throughout the discussion, each of which deserves recognition as one of Wild Rift’s hardest champions.

Universally, the likes of Irelia, Akali, Lee Sin, and Riven are tricky to master, and that’s evident as all of them, especially Lee, get a few mentions through the thread. However, another champion that makes frequent appearances is Fiora, and we can see why, but RengarAndRiven2trick puts it perfectly, “Fiora is indeed easy to play, but Fiora is one of the, if not the, hardest champion(s) to master because there’s so much more than just doing lunges 24/7.”

Who are League of Legends: Wild Rift’s hardest champions?

Besides the aforementioned characters, Kennan and Singed appear, as do Katarina, Akshan, Nunu & Willump, Asol, Kha’Zix, Braum, and Vayne. If you’re curious as to our answer to this question, we have to go with Lee Sin and Katarina. However, other members of this prestigious group, such as Irelia, is someone we love to play as and have a good grasp of. See, things really are subjective when it comes to this sort of thing.