Mihoyo’s open-world RPG Genshin Impact is full of content, including world quests, archon quests, exploration, and, of course, events. Genshin Impact theater mechanicus falls into the latter category as a limited-time event, featuring tower defence mechanics that offer you a different experience from what you usually find in the game.

In our Genshin Impact theater Mechanicus guide, we aim to provide details on the event itself, including how it works, what it involves, and how you can access it. However, as it’s a recurring event, you might already be familiar with what awaits you, though this time it takes place in Inazuma.

How do I begin Genshin Impact theater mechanicus?

To begin the theater mechanicus event, you must travel to Inazuma City – check out our Genshin Impact Inazuma guide to learn more about the region – and speak to Komakata. If you’re unsure where to find her, not to worry, as she shows up on your map.

However, do bear in mind that your adventure rank must be at least 30, and the archon quest known as ritou escape plan also needs completing before theater mechanicus becomes available. 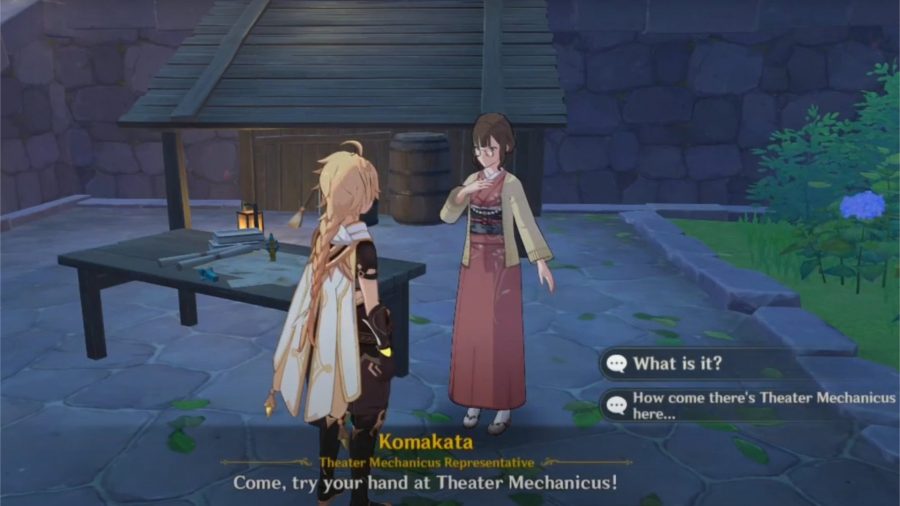 What is the Genshin Impact theater mechanicus event?

It’s a limited-time event that sees you play as a defender through a tower defence mini-game. You can fly solo, or bring a friend along to defend the land. Honestly, it’s a lot of pressure to be a sole hero, so we suggest inviting a buddy along – that way, you have someone to blame should your defences fail.

How do I play Genshin Impact theater mechanicus?

Essentially, you need to construct towers – known as mechanici – to eradicate waves of enemies, which enter through one portal and attempt to leave through another. Should your buildings not be up to scratch, they will succeed in their escape attempt. Between each wave, you have the opportunity to put up more defences, this is made easier by the map highlighting which route the enemies will take.

Of course, there are multiple towers for you to construct, each offering different attacks depending on its element. As with any game featuring tower defence mechanics, you need to upgrade your existing towers to increase efficiency. 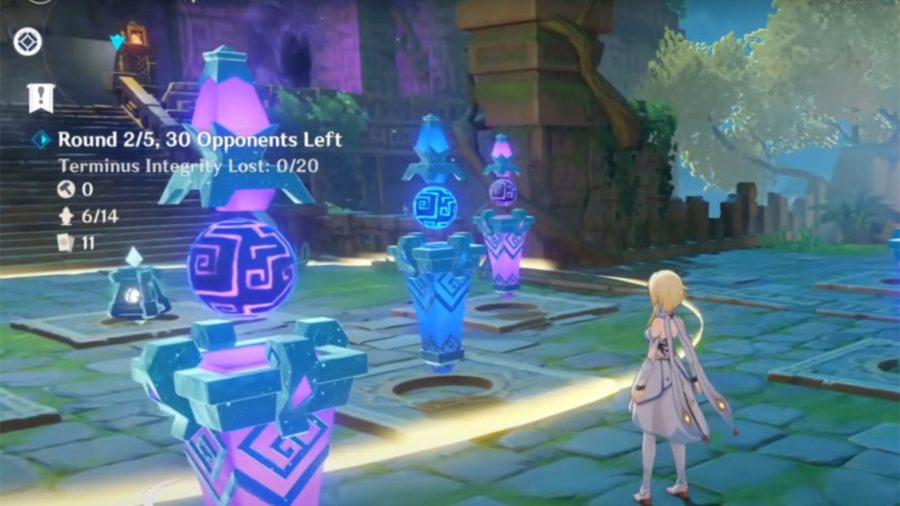 What are Genshin Impact wondrous sticks?

These are items that aid you during the event, of which there are various types. For example, fortune sticks allow you to up your defences, while courage sticks help your enemy – yes, this goes against anyone’s initial judgement. Still, the rewards you get are more than worth throwing the enemy a bone.

Then there’s the mystic stick which buffs your character, and finally, ominous sticks that come with unknown side effects. Each round, you start with a set amount of points to purchase these items. The better you perform in each round and the stage, the more points you have to spend.

How many stages are in Genshin Impact theater mechanicus?

Overall, theater mechanicus features ten stages to sink your teeth into, all of which increase in difficulty to truly test your resolve.

Quick tip, make sure you read the description for each stage, as this offers valuable information, including which towers to build, who the enemy is, and what elements will prove most effective.