Are you ready for some MOBA action? Good. Pokémon Unite is here, bringing some intense 5v5 battles with it – you can play for fun, or perhaps you’re competitive enough for ranked matches. Either way, you’re going to war, so you need a trusty Pokémon partner, and there’s plenty to choose from – including Pikachu, Charizard, Alolan Ninetails, and Machamp.

In our Pokémon Unite Zeraora build guide, we offer our recommendations for what battle item you should use, what held items suit Zeraora best, and which moves are worth unlocking. We’ve also included a brief guide on how to unlock Zeroara in Pokémon Unite. As for its specific battle role, Zeraora is a speedster, which means it suits an offensive playstyle while also being quick to score points, and excels in the jungle.

What are Pokémon Unite Zeraora’s moves?

For our build, we have chosen to embrace Zeraora’s aggressive side. Yes, scoring is important, but so is wiping out the competition. So, by following our guide, you should have a high damage output, proving why Zeraora is a fear-inducing speedster. However, MOBAs feature multiple builds for each character, so play around to find what suits you best. 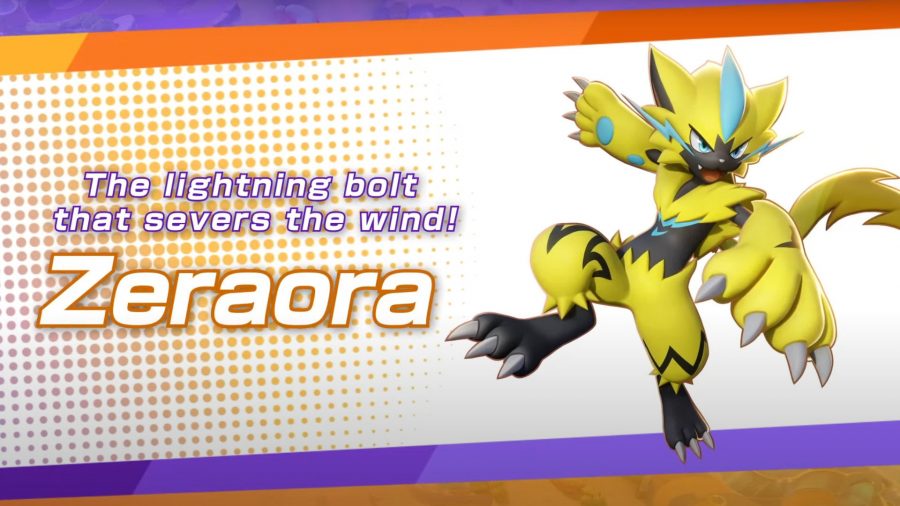 Given Zeraora’s is an electric-type Pokémon, it comes as no surprise that its moveset features a combination of lightning-based attacks and quick movements.

There’s no question that Zeraora is one of the best Pokémon in the game right now, and that’s largely due to its impressive speed and hard hits. Having said that, we recommend choosing slash as your first move. Sure, agility causes Zeraora to move faster, but given the Pokémon is relatively quick in the early game anyway, there’s not much point in selecting it. Not when slash allows you to deal a significant amount of damage, meaning it levels up quicker.

So, you need to make a choice here, and it boils down to what sort of build you’re aiming for. Given we are going with an aggressive approach for this guide, we suggest choosing volt tackle to deal some severe damage to your opponent, as well as give yourself a nice boost to attack speed, albeit temporarily. Volt tackle also has a lower cooldown time, meaning you can use it more frequently. However, if your speedster enjoys cooperative combat, perhaps spark is the better choice.

By now, Zeraora should be causing serious damage, and that’s only going to increase from here on out. We hope you have good control over the Pokémon, as its wild charge is exactly that, wild. Zeraora dashes at a very high speed, making it hard to hit anyone, though if you do, and frequently, you reap the benefits of wrecking the competition. Alternatively, if you prefer to play with an easier to control move, discharge is the way forward. Of course, given our build is highly aggressive, we recommend wild charge, so long as you’re willing to get some practice in. We recommend you use volt tackle, before wild charge, as it means Zeraora lands extra hits.

Zeraora’s Unite move is plasma gale, a potent attack that puts the opposition down, particularly if their health is already dwindling. Recharging this attack can take time, so it’s crucial to pick and choose the best moment to use it. Get the timing right, and several opposing Pokémon are going to be in trouble. 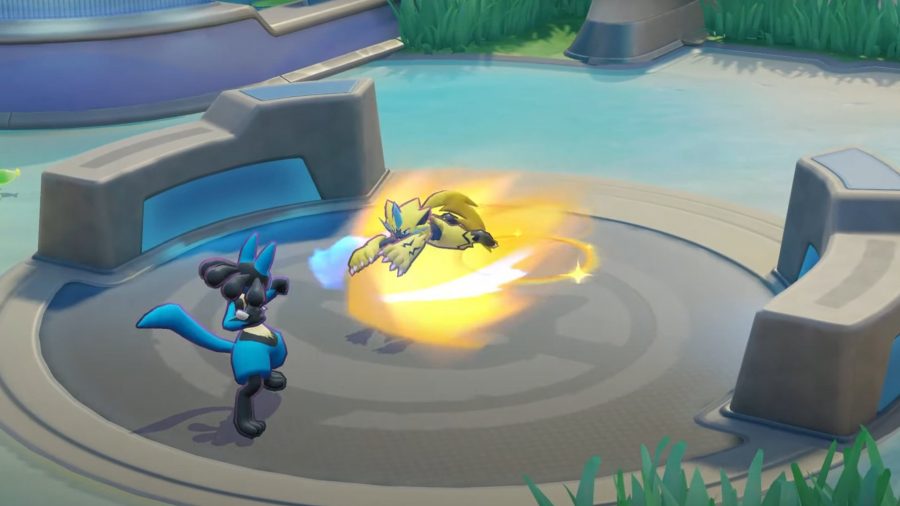 What are the best held items for Pokémon Unite’s Zeraora?

Zeraora can hold up to three items, and we recommend choosing any that boost its speed and attack – two things Zeraora is known for on the battlefield. No matter what build you choose for the electric type, speed is vital. That comes with the territory of being a speedster.

Make an already quick Pokémon even quicker with the float stone, while also boosting the damage of your basic attacks.

Sure, Zeraora can deal a bit of damage with its basic attacks, but abilities are where the real offensive capabilities are. As such, we recommend equipping the shell bell, which partially heals you after each ability use. Oh, and it also increases special attack power and the speed at which moves cooldown.

Zeraora is as quick as lightning, literally, and the muscle band grants a bonus in attack damage for each successful hit, depending upon your opponents current HP. It also offers an even bigger increase to attack speed and standard attack damage.

By now, we all know that Zeraora is fast, a contender for the quickest Pokémon on the battlefield. So, in theory, it should land more hits, upping its chances of landing a critical hit. As such, you may want to capitalise on that with the scope lens, which increases both hit rate and damage for critical strikes. 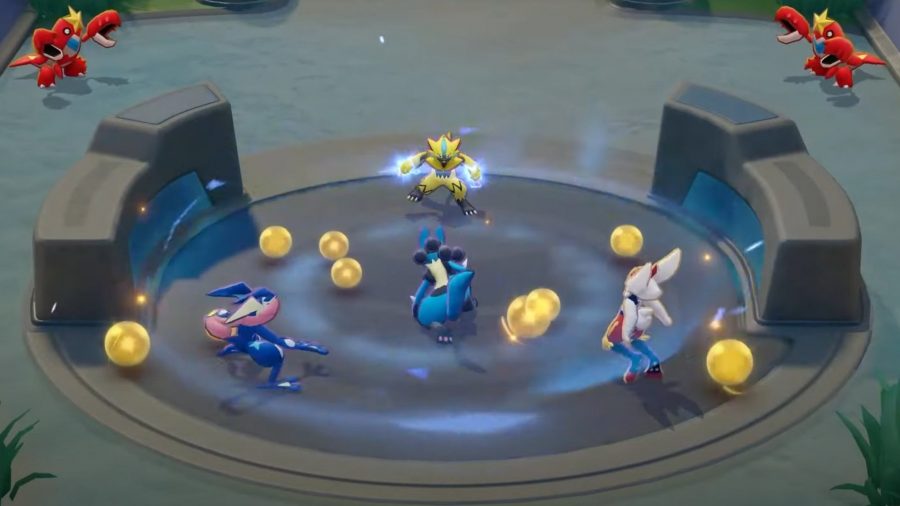 What is the best battle item for Pokémon Unite’s Zeraora?

This item allows you to teleport to a different location on the map, a great escape plan if Zeraora gets overrun. However, there’s possibly an even better battle item for the electric type, one that plays into the hands of our aggressive build.

While a fluffy tail doesn’t sound intimidating, don’t let its name fool you, no enemy player wants to get hit by this, for it leaves them paralysed. That’s right, chances are you’re already quicker, but now they can’t move at all, leaving them vulnerable to an aggressive Zeraora.

How to get Zeraora in Pokémon Unite

For a while, Zeraora was off the market, but with the release of the mobile version, you can unlock it by completing the Zeraora mission. Simply play and win 32 battles to get your Zeraora license for free. If you already have Zeraora’s license, you will get 8,000 aeos coins instead, so it’s definitely worth a shot.

Who does Pokémon Unite’s Zeraora work well with?

Snorlax is an incredibly hard hitter, though it is somewhat slow. However, Zeraora makes up for the speed and has the potential to paralyse enemies, leaving them at the mercy of this sleepy giant.

There you have it, our recommendations for Pokémon Unite’s Zeraora build. If you’re after something else to play on Switch, check out our picks of the best Nintendo Switch multiplayer games here.