Heavy metal dragon Duraludon has joined the roster in Pokémon Unite, bringing with it steel beams of fury ready to pulverise some opponents. The gen eight Pokémon finds good company in the attacker class, and has proven itself as one of the most capable front-foot heavy-hitters of the group.

In our Pokémon Unite Duraludon build guide, we tell you the best way to use the steel/dragon-type in the current MOBA meta. Of course, the only sensible choice for the monster made of metal is to opt for an all-out offensive build, making the most of Duraludon’s devastating ranged attacks. So in this guide, we concentrate on putting together a hard-hitting top lane terror, ready for you to remake and master.

What are Pokémon Unite Duraludon’s moves?

The best Duraludon build, as it stands, is in combining stealth rock and dragon pulse for a hard-hitting, self-buffing attacking unit. Pair up these moves with Duraludon’s late-game Unite attack to manipulate enemy movement speed and deal consistent damage against even the tankiest of top-tier defenders. 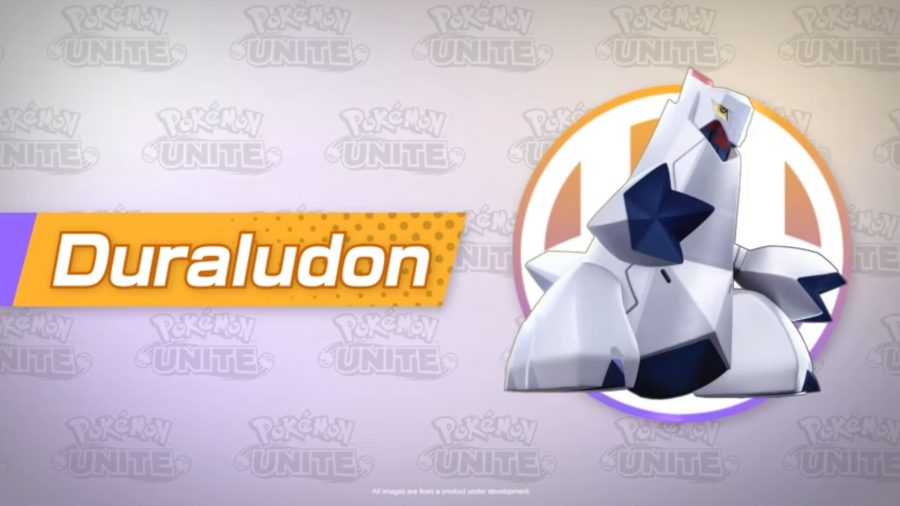 Despite Duraludon jumping straight into the S-tier of Pokémon Unite attackers, there’s little scope for dealing damage in the early game. Laser focus provides some early game buffs, so that’s what we recommend you opt for, but there isn’t too much to split the two, and you should upgrade as soon as possible.

Here’s where things get interesting. While flash cannon is a damaging move with utility that pulls down enemy movement speed, dragon pulse is just about superior in every way. The dragon-type move comes with the caveat that you have to intelligently time your charge, but if you can find a pattern, then you’ll reap consistent rewards for blasting opponents with draco energy. The energy trail does make Duraludon look a bit like a kettle, still, for the damage done, it’s well worth it.

Once again, it’s a pretty clear cut choice for what to opt for in the late game, with stealth rock coming out on top every time. This attack reinforces Duraludon’s status as the master movement manipulator, putting a stop to charging enemies in their tracks, as well as dealing scaling damage that chips away at the enemy team’s frontline.

Revolving ruin is probably the most broken Unite move in Timi Studio Group’s PokéMOBA. Scratch that. We’re going to go out on a limb and say that is the most broken move in Pokémon Unite, and a nerf is almost certainly around the corner. Until then, use revolving ruin at just about every opportunity you can, as the raw power and massive area of effect damage can turn a game on its head in an instant. 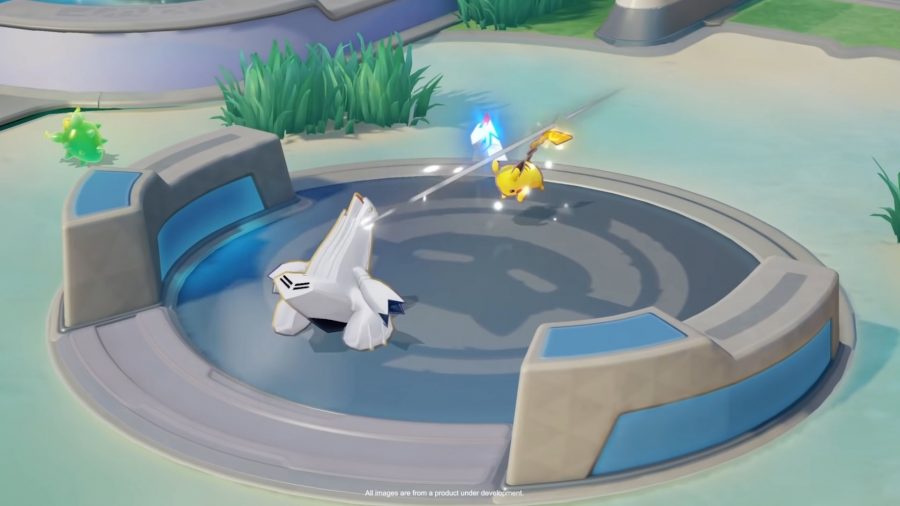 What are the best held items for Pokémon Unite’s Duraludon?

The muscle band slightly increases the potency of a Pokémon’s basic attack. With so many of Duraludon’s special moves already boosting its damaging stat, the addition of this held item can lead to some sky-high effect stacking.

If you’re more concerned about balancing Duraludon’s shaky defences than you are further boosting attack power, then the focus band is the best call. With this item, you recover a little HP each time your Pokémon drops below a damage threshold, and in conjunction with the eject button, can save you from an untimely demise.

If you join a squad that’s lacking in support options, the buddy barrier is a late-game saviour that might just tip the match in your favour. This item activates once you use your Unite move and provides yourself and teammates around you with a shield boost to see out the game’s final moments. 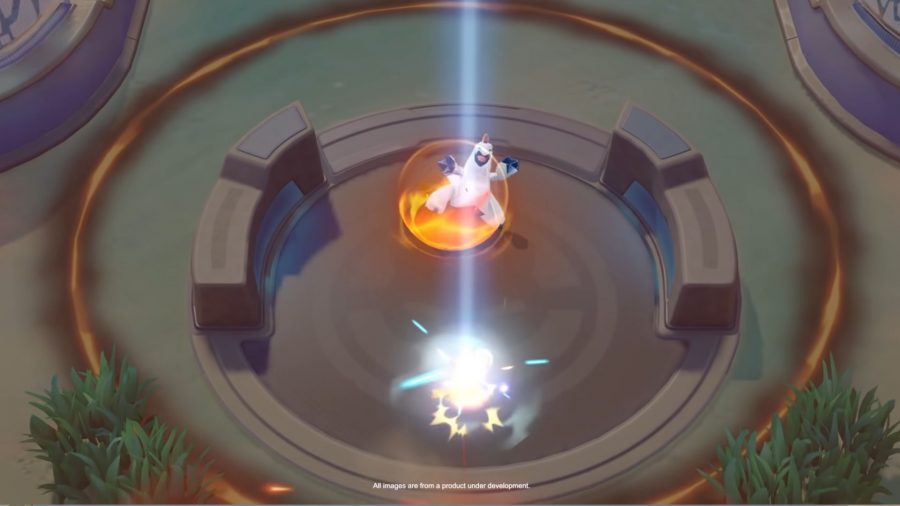 What is the best battle item for Pokémon Unite’s Duraludon?

If you’re running almost any variation of Duraludon, then the eject button is a vital part of the build. Without this, the Pokémon’s poor movement speed is much more noticeable, and you might struggle to lug your shiny metal behind back to a friendly goal zone.

If you’re feeling cocky, take this all-out offensive build to the next level with an extra attack boost from X Attack. However, if you do opt for this risky alternative, try and play it at least a little smart, and make sure you’re never too far away from a supporter class Pokémon.

How to get Duraludon in Pokémon Unite

You can buy Duraludon from the in-game shop for 10k Aeos coins, or 575 Aeos gems. If you’ve any gems spare after, why not check out our list of Pokémon Unite skins to see what funky costumes are available for your favourite Pokémon.

Who does Pokémon Unite’s Duraludon work well with?

Unless you want your Duraludon to fold like cheap metal, you should think about partnering up with either a supporter, like Eldegoss, or a tanky defender such as Snorlax or Blastoise. For playing on the front foot, Eldegoss is the superior option, and their range of buffs combined with Duraludon’s own buffing abilities makes for a steam train of pain coming down the top lane. Alternatively, if you’re playing close to your own goal zones, team Duraludon up with an S-tier defender to form an impenetrable field of steel.

There you have it! With that Pokémon Unite Duraludon build guide, you should be ready to bring the metal and mayhem to Remoat Stadium. For more online battling goodness, browse our list of the best mobile MOBAs, and see what other League of Legends lookalikes are on offer.

Now I know what you’re thinking, “that steel-plated dragon looks exactly like the sort of thing I want to be able to cuddle”, and we’ve got your back. To add some heavy metal to your plush collection, check out this loveable, but not lifesize, Duraludon.