In our Pokémon Unite Machamp guide, we outline its moveset, the best held and battle items, and we also recommend the best build to suit this strong, four-armed fighter. We’ll be sure to update this guide if anything changes to Machamp’s moveset.

If you’re looking for more content like this, take a look at our Pokémon Unite Blissey, Pokémon Unite Gardevoir, and Pokémon Unite Mr. Mime guides to get the lowdown on each of these characters. For now, though, let’s get to talking about Pokémon Unite’s Machamp.

What is Pokémon Unite Machamp’s moveset?

If you want to play with Machamp, you’ll need to buy its Unite license from the in-game store for 8,000 Aeos coins or 460 Aeos gems. Once you’ve unlocked Machamp, you can then try out its abilities. Below, we outline the moves that Machamp takes into battle and what they do. 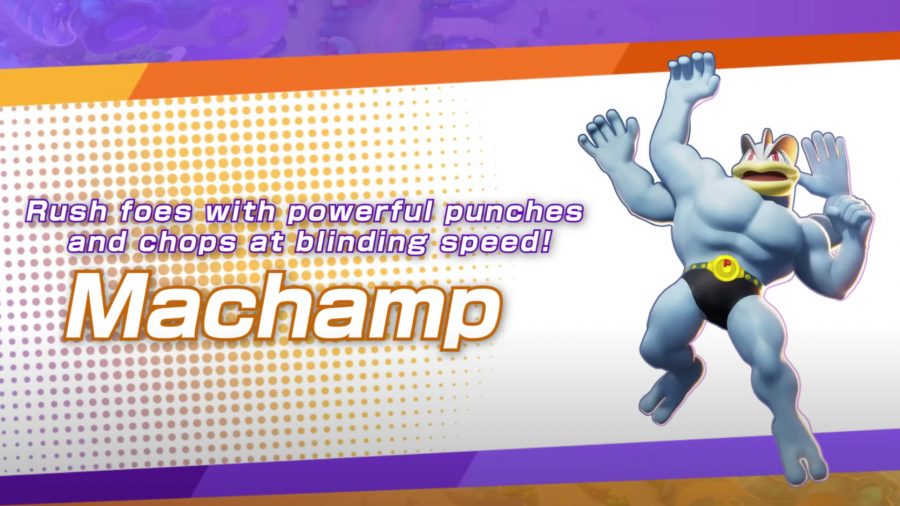 First things first, you get both of these moves eventually, but you must pick one a couple of levels before the other. We recommend you pick karate chop to start things off. You’ll benefit from dealing out some damage in the early game to earn some experience.

At level five, you have a choice to make. You’ve evolved into Machoke, and you can pick only one of the below abilities. We recommend going for cross chop at this point for the damage and increased critical hit rate. 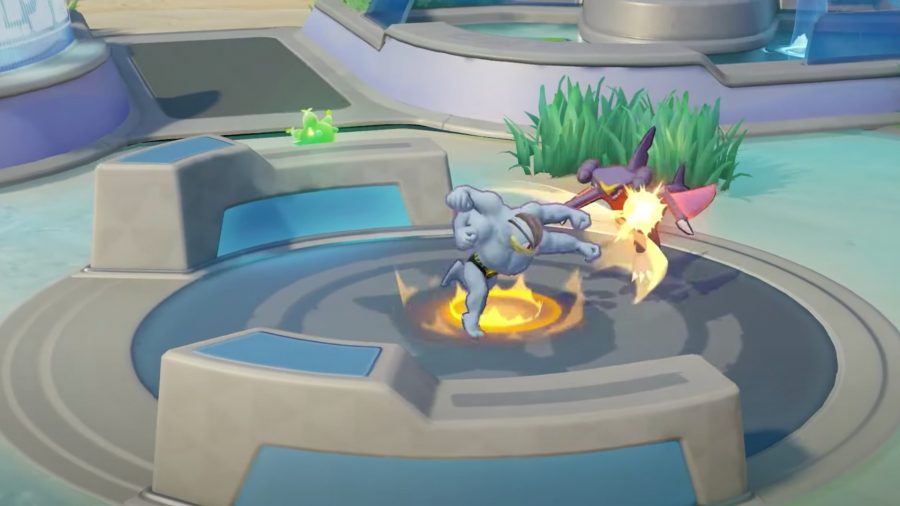 At level seven, you have another decision to make. We recommend submission to use alongside cross chop. You can first deal out damage with cross chop and then use submission to increase movement speed and stun your opponents to really finish them off.

Finally, at level nine, you evolve to Machamp and unlock your Unite move, barrage blow. It’s an all-out attack, and allows Machamp to come in with a combo attack that will save teammates in trouble.

What are the best held items for Pokémon Unite’s Machamp?

In Pokémon Unite, you can take up to three held items into battle with you. We’ve recommended a few below to choose from which play into Machamp’s strengths. 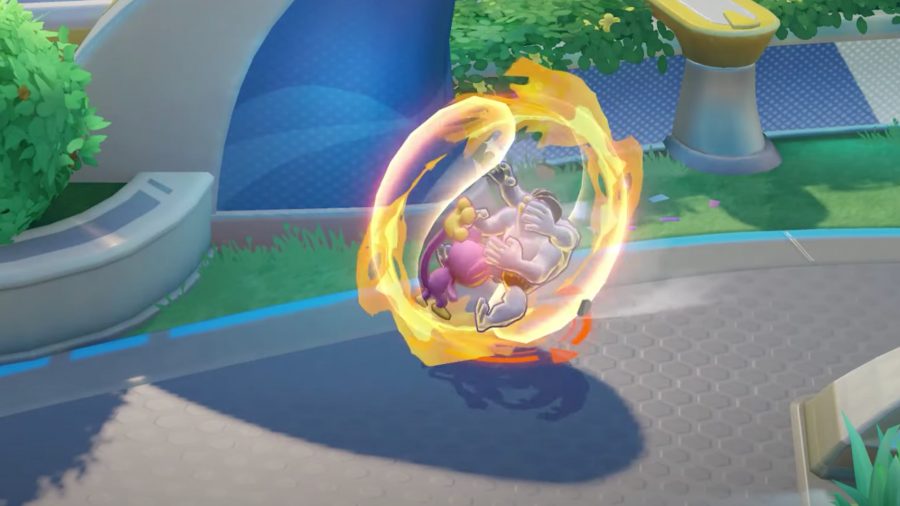 What is the best battle item for Pokemon Unite’s Machamp?

Here are our recommendations for the best battle items.

If you’re eager for more Pokémon Unite content, we’ve put together a Pokémon Unite held items guide as well as a Pokémon Unite special attack guide that are both worth checking out. Or, maybe you’re still trying to decide if Machamp’s the Pokémon for you, well, we’ve got a Pokémon Unite tier list that ranks all the characters on offer.