Monsters are cool. King Kong, Godzilla, those dinosaurs from that far-fetched film, Tom Nook, Mothra… There are loads of monsters out there. One great place to see them all is in monster games, a.k.a. games with monsters in them. There are a lot, let me tell you. Seems people were so preoccupied with whether they could, they didn’t stop to think if they should.

So, my job is to distil the essence of a good monster game and stick it in a list. And that’s what I’ve done. These games range from sprawling RPGs with a massive list of monsters to find, to smaller, more honed experiences with a handful of creepy critters for you to learn more about.

Whether it’s a giant beast ready to trample you in Monster Hunter, or a nasty tanuki stealing all your hard-earned bells, get ready for some beasts. If you need more recommendations, we’re here to help, with guides to the best history games and relaxing games on Switch and mobile. Or, for a simple list of creatures, check out our Monster Hunter Rise: Sunbreak monsters guide for all the newest animals.

Anyway, lists find a way and all that, let’s get on with it.

Monster games on Switch and mobile 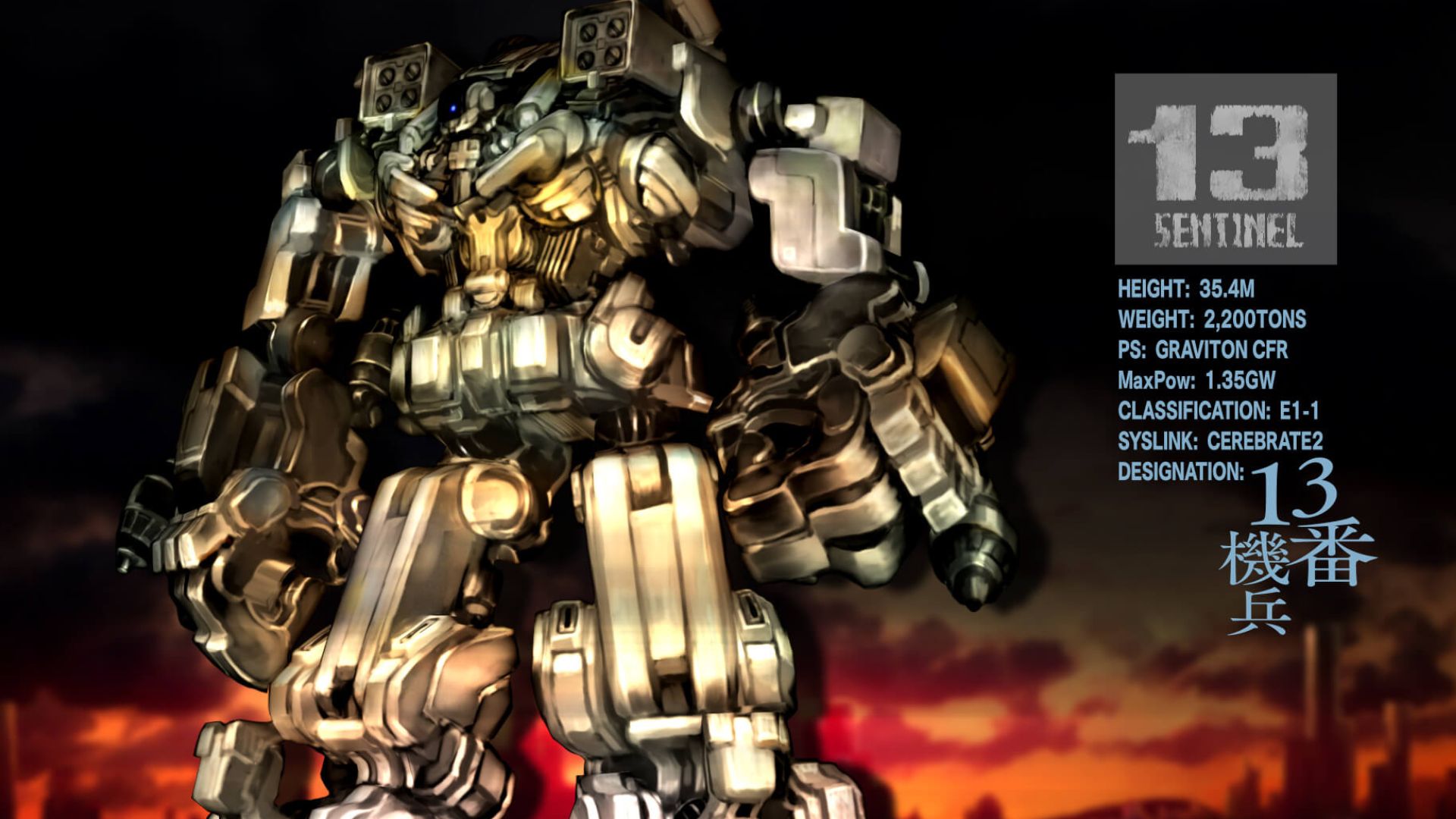 13 Sentinels: Aegis Rim tells a heady sci-fi story through the eyes of thirteen teenagers, all tasked with taking down kaiju that are invading their home. Somewhere in between a visual novel and a point and click adventure, the game spices things up with a real-time strategy aspect set during the kaiju war. It’s one of the best games I’ve ever played, but if that doesn’t convince you, check out my 13 Sentinels: Aegis Rim Switch review. It’s a really unique and engaging game. 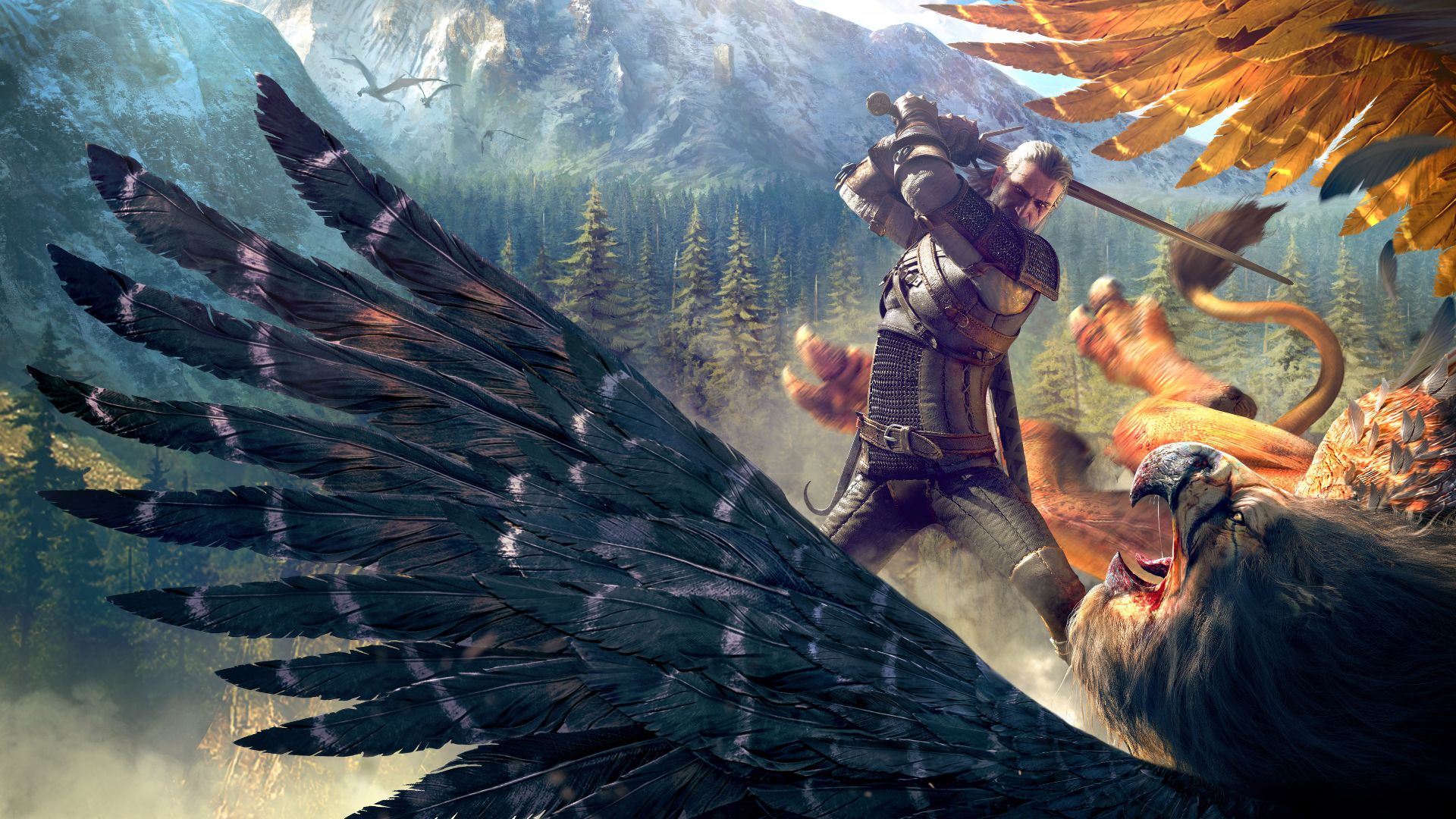 Even though the monsters in The Witcher 3: Wild Hunt are often smaller in stature than some of the other games on this list, they’re still awful and gross, which is good enough, right? Besides that, though, it’s also one of the best games out there, with a bevvy of excellently written side-quests to get lost in, a wide and gorgeous world, and a wild main story that keeps you engaged to the end. If you’ve already got to the end, check out our guide to the best games like The Witcher 3 to find something new in that vein. 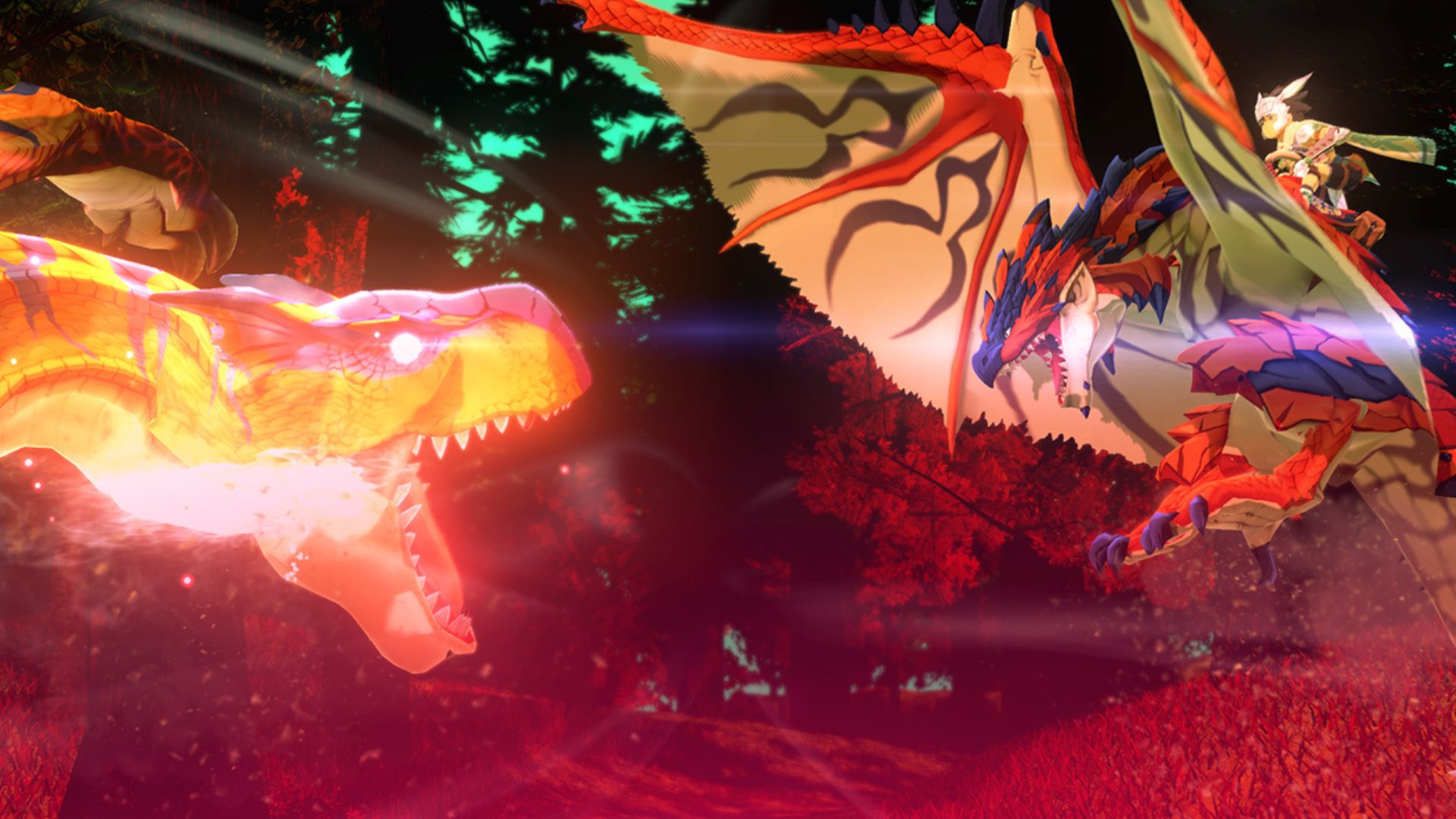 Monster Hunter is where most people’s minds go when they think of monster games. It’s because it has ‘monster’ in the title. But classic games in the series can be a tad impenetrable, so for an easier onboarding check out the Monster Hunter Stories series. As the title suggests, it’s a little less intimidating, with more of a focus on the characters, and deeper RPG mechanics related to monster rearing rather than monster slaying. 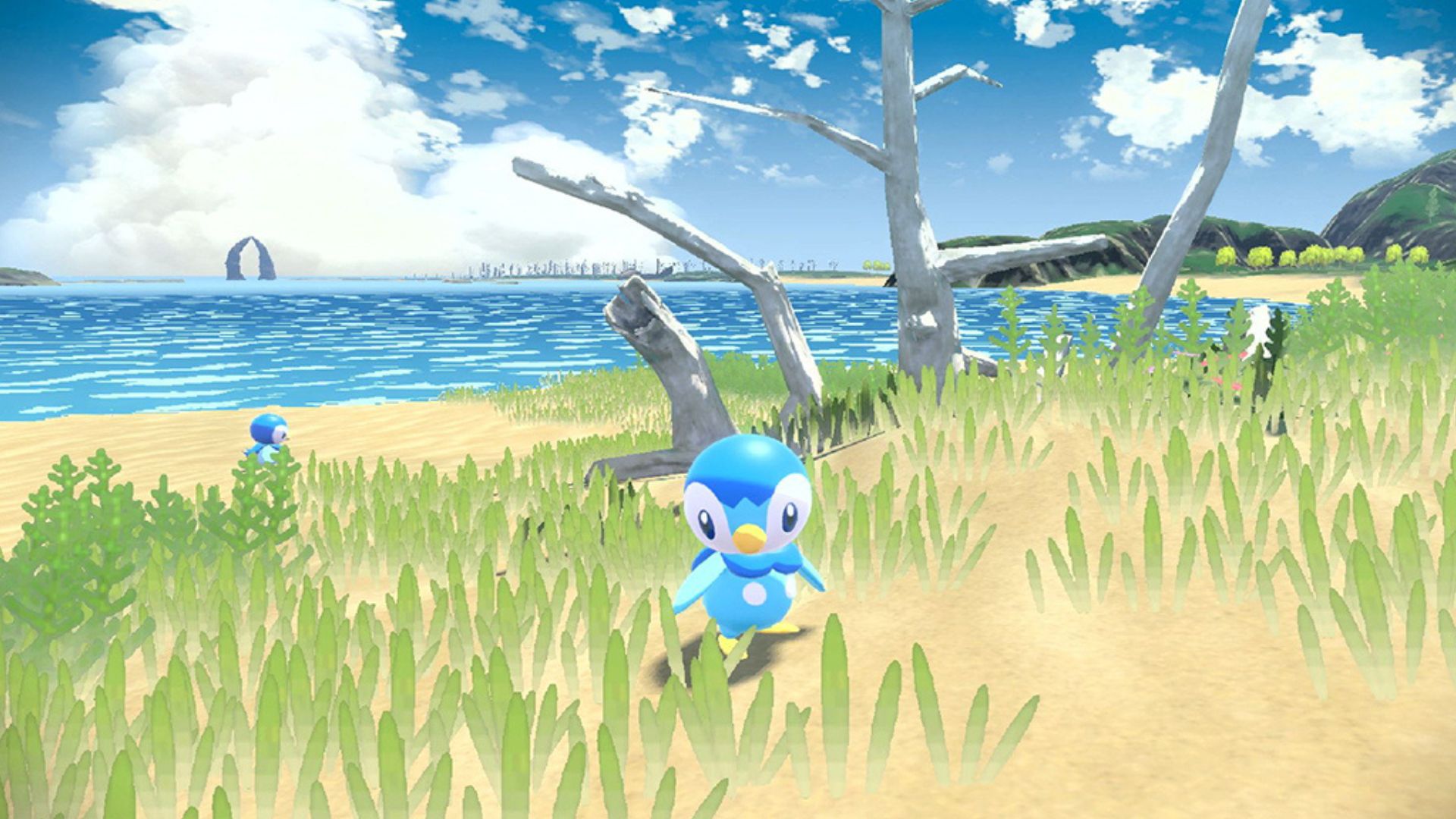 Now, I know what you’re going to say. You’re gonna say “but Pikachu’s not a monster!” Well, guess what kiddo, the ‘mon’ in Pokémon is short for the word ‘monster’. They’re pocket monsters. And no more so than in Pokémon Legends Arceus, where they roam wild and free and can attack you at any moment. But, not to worry, you can use your Pokéballs to trap them, and then use them to aid you in ferocious battles! Wait, maybe… we were the monsters all along? Find out in our Pokémon Legends Arceus review. 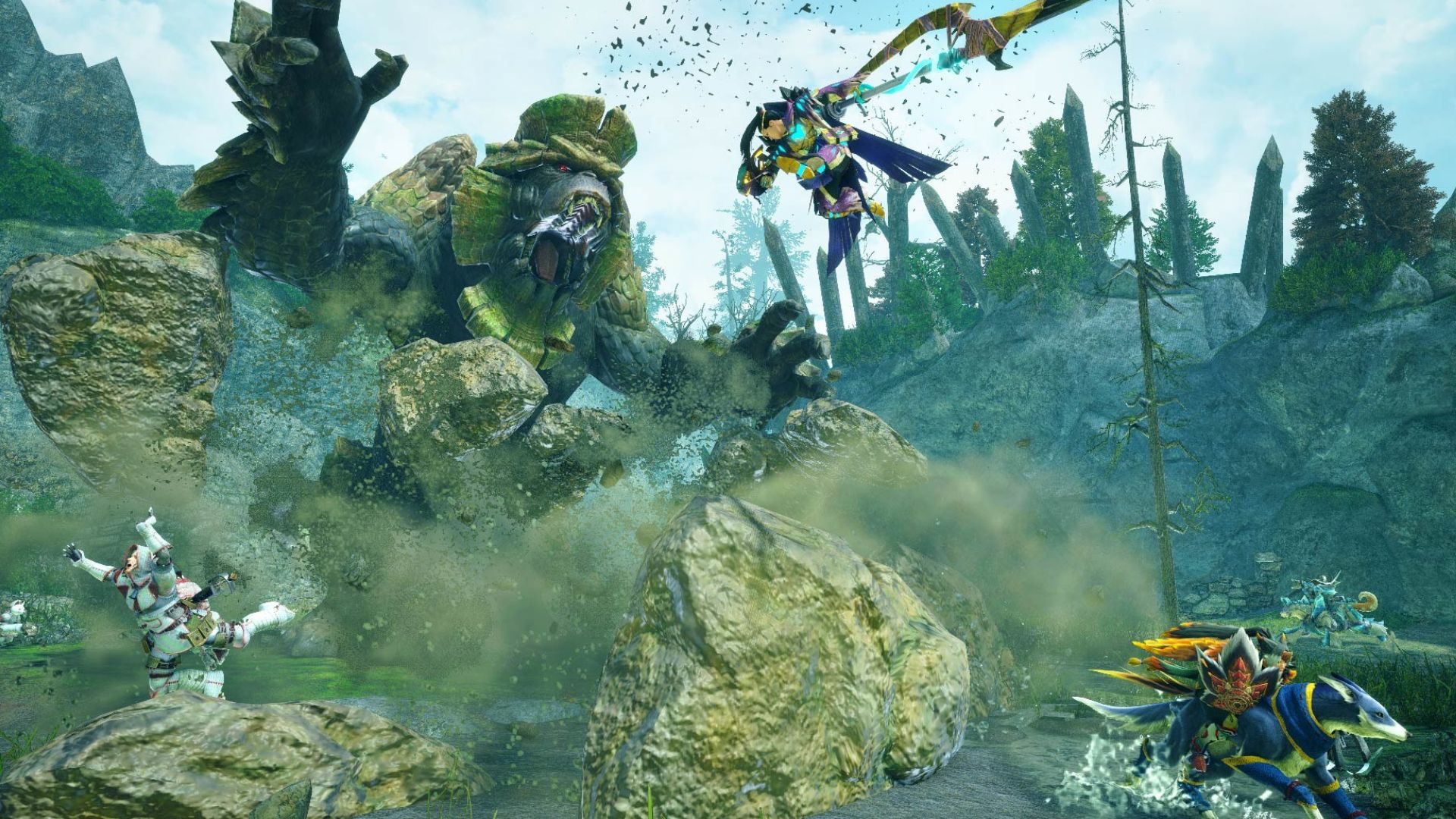 Monster Hunter Rise is the best way to get your monster fill, in my opinion. With a wide array of monsters to slay, you can then use their skin to make new outfits. It’s pretty weird, but great fun. Not only did we write a glowing Monster Hunter Rise review, but there’s also a massive new expansion coming out called Sunbreak. Check out our Monster Hunter Rise: Sunbreak release date guide to get up to speed with all the latest. 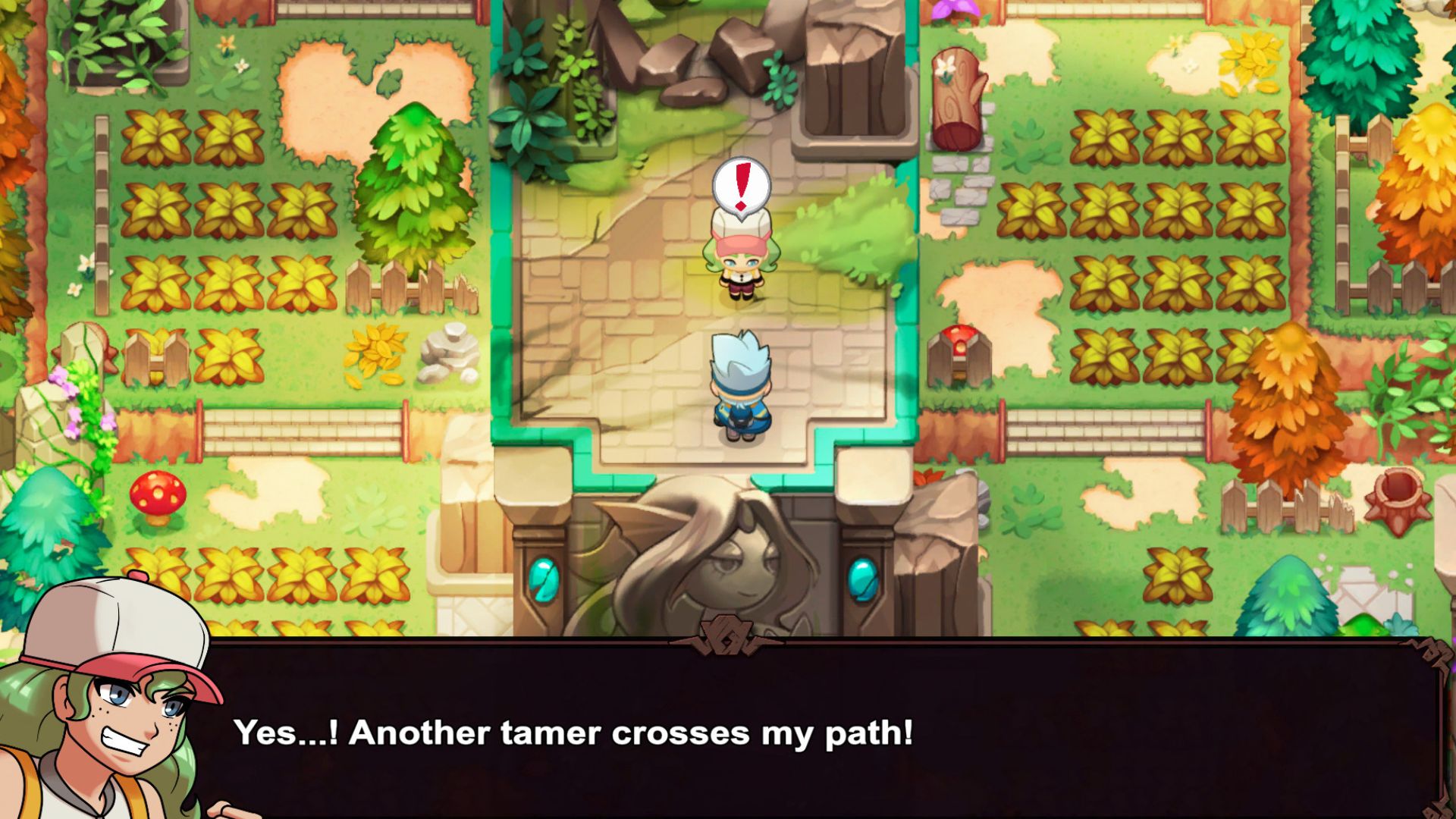 If you’d rather just enslave creatures than slay them, check out Nexomon Extinction. It takes the classic monster-catching formula from Pokémon and gets it onto your mobile without the hassle of emulation. It also captures the same sort of magic, so it’s well worth a look if you’ve run out of steam for Pikachu and his pals. Check out our Nexomon starter guide to see who to pick at the beginning. 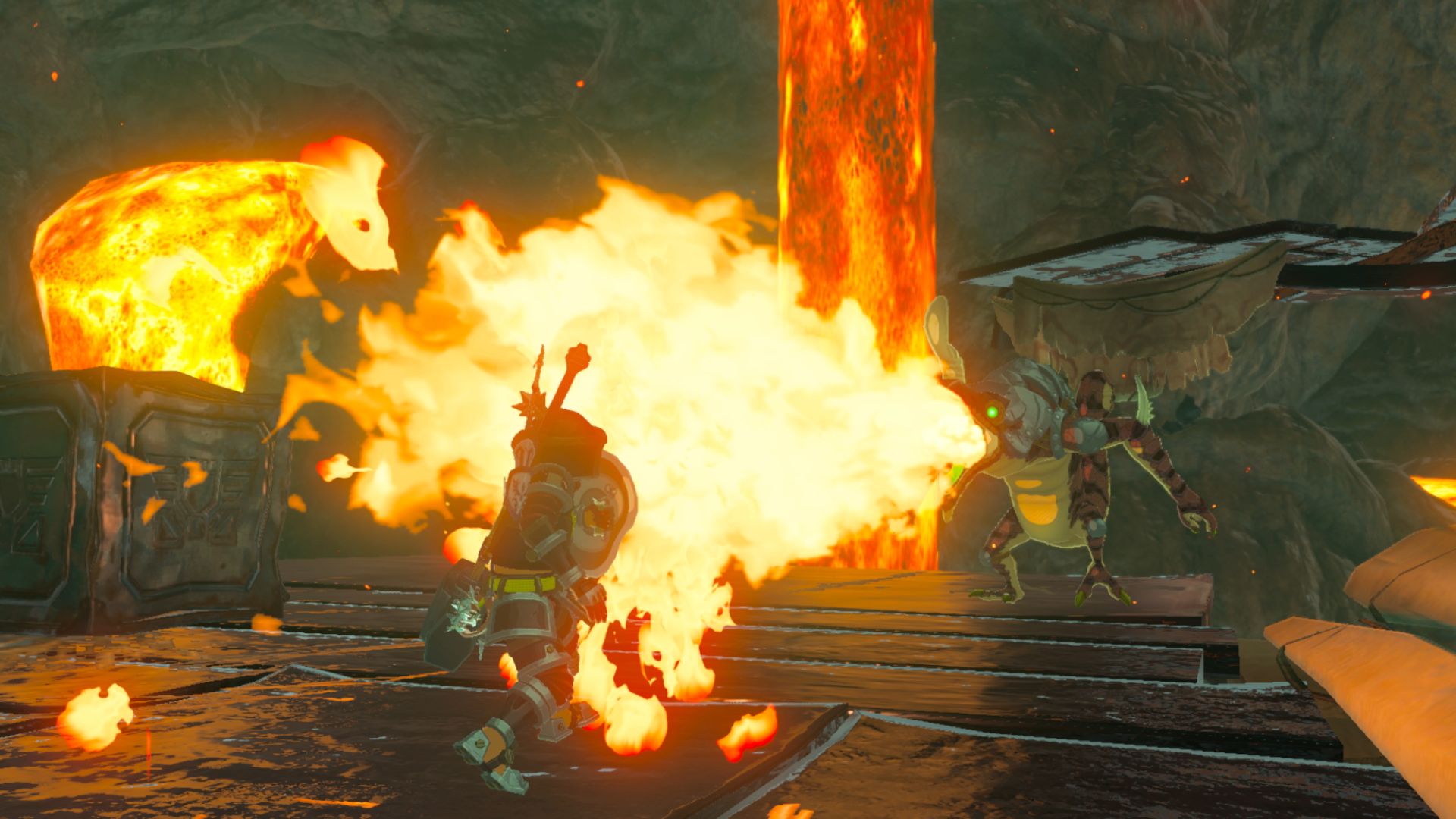 The Legend of Zelda: Breath of the Wild – Switch

Ok, I always say The Legend of Zelda: Breath of the Wild is my favourite game. But I do have one problem with it: the enemy variety. There are like five enemies! It’s a bit rubbish. But, the few that you do get put up against definitely are monsters. And you have to kill lots of them. Whether it’s a vicious lynel or a silly little bokoblin, they’re all strange creatures. Then, when you get to the different elemental forms of Ganon, that’s where the fun begins. Check out our BotW recipe guide to prepare for the ferocious fights with creative concoctions. 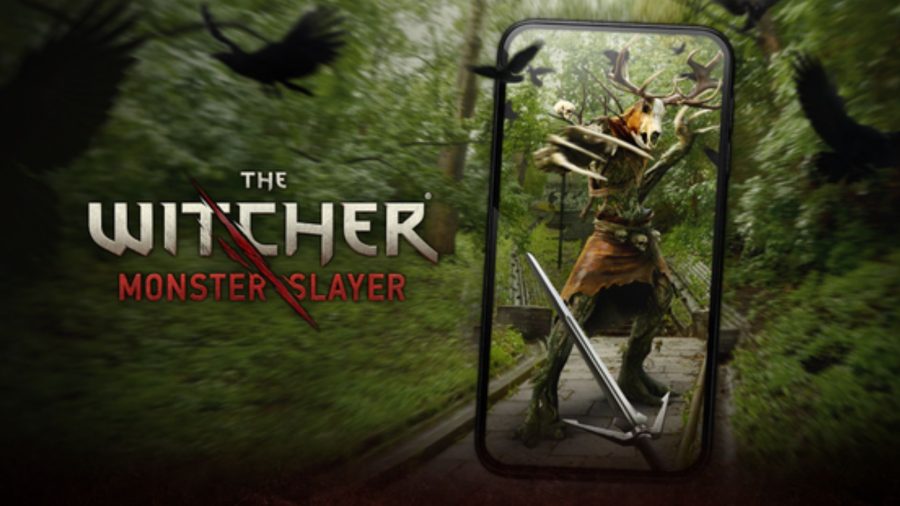 The Witcher: Monster Slayer compresses the world of The Witcher onto your mobile phone, with augmented reality elements akin to Pokémon Go. And, believe it or not, it does it incredibly well (as you can see in our The Witcher: Monster Slayer review). Not only are there loads of monsters to take down, but everything you encounter is dependent on location and time of day, making it a constantly changing experience. 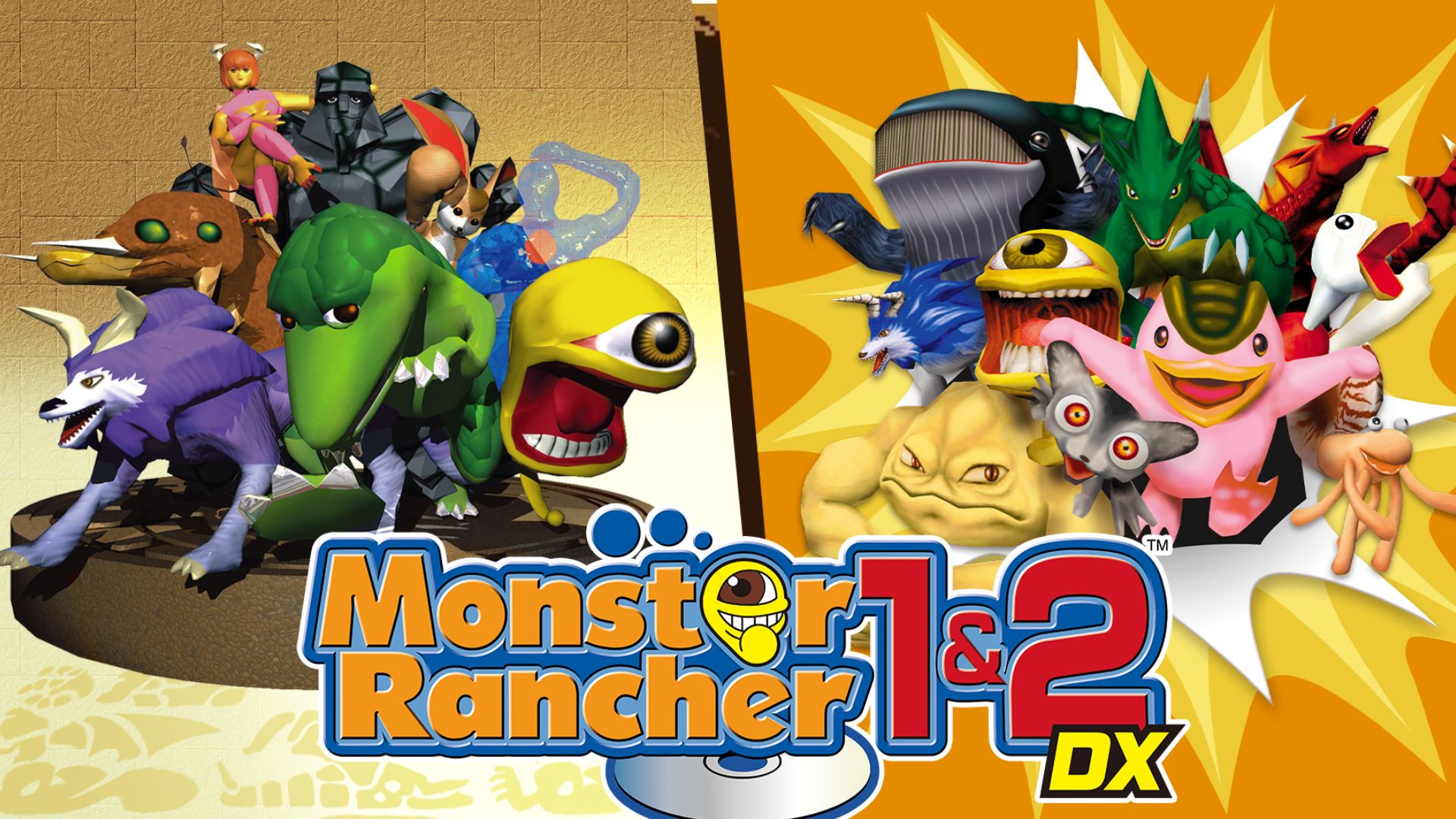 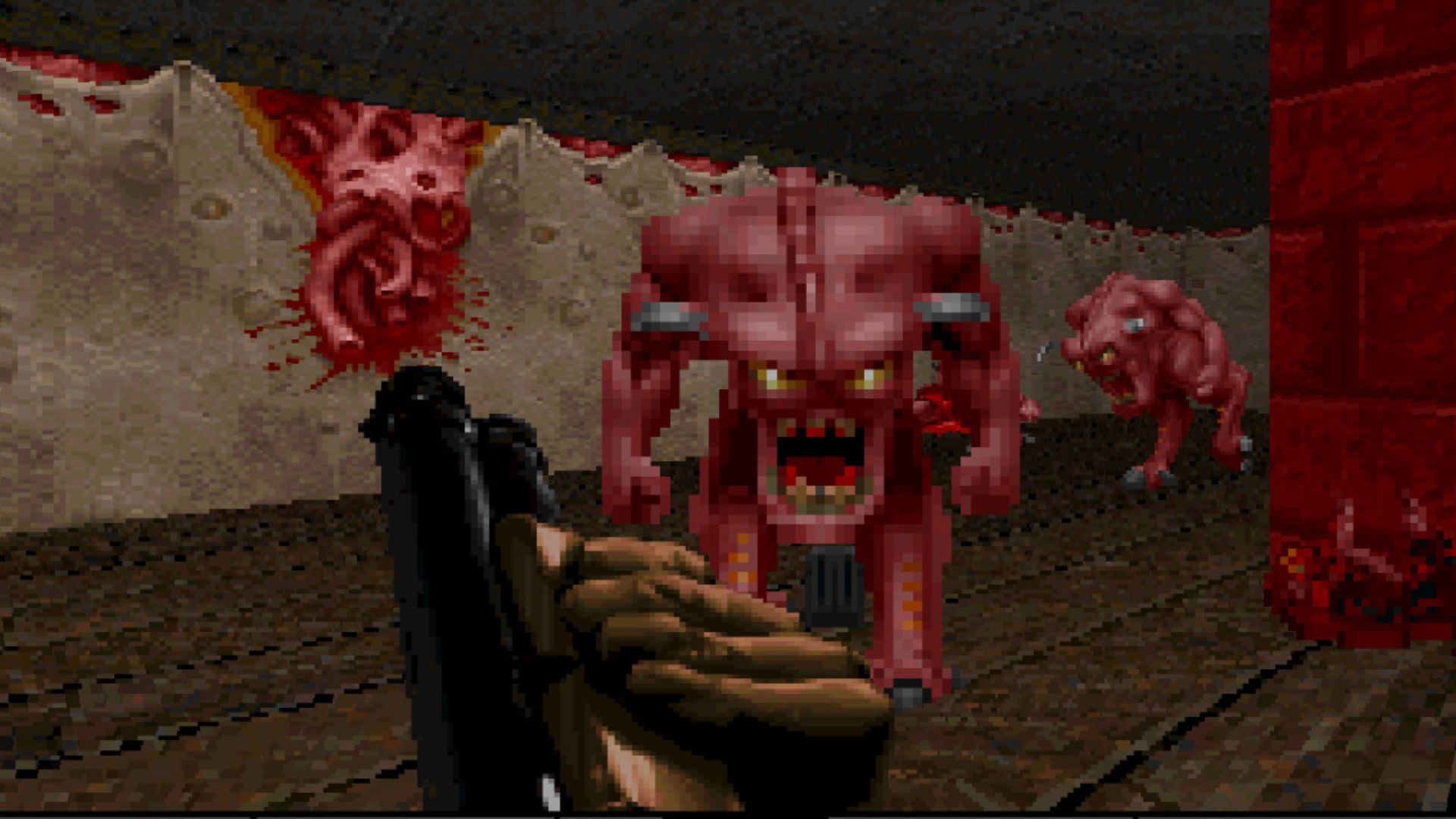 What’s more monstrous than a demon? And what’s better than shotgun-blasting a demon in the face? That’s what my pastor taught me, and that’s what Doom taught me. There’s no need to play anything other than the original either. Get out there and kill some demons, you’re doing the lord’s work.

That’s all the monster games you’re getting today, friendo. For something a little lighter, check out our guide to the best games like The Sims to start rearing a different sort of creature (I’m talking about babies).