When you take your initial steps into the enthralling world of Honkai Star Rail, Kafka is the first one to meet you – playing air violin as the space station around her falls into chaos. Needless to say, she’s a total badass, and is certainly the type of gal you want at your side as you’re fighting through the cosmos.

If you want to kit Honkai Star Rail’s Kafka out with the best light cones and relics, and get familiar with her attacks and abilities, you’re in the right place. In this guide, we clue you in with everything you need to know about this electrifying lady, and before long, you ‘won’t remember a thing except her’.

Who is Honkai Star Rail’s Kafka?

Honkai Star Rail’s Kafka may be the first notable character you see, and the first one you take the rails as (pun intended), but she still remains shrouded in mystery. She’s featured on the Interastral Peace Corporation’s wanted list, where her entry only states her name, along with a single sentence – ‘likes collecting coats’. She’s a Stellaron Hunter, and one of Destiny’s Slave Elio’s most trusted members, who sets out to achieve Elio’s envisioned future.

When you first select your main trailblazer, she’s there to guide you through, but leaves shortly after a series of cryptic messages. She appears to know you from a previous life – and may hold secrets as to how you ended up aboard the space station and, in turn, hurtling through space on the Astral Express.

kafka, a member of the Stellaron Hunters, who is calm, collected, and beautiful. Her record on the wanted list of the Interastral Peace Corporation only lists her name and her hobby.

As the Honkai Star Rail release date is not yet upon us, all the information we have on kickass Kafka is based on the second closed beta, meaning that some details are subject to change. However, what we do know is that she’s a lightning character skilled in the use of knives, swords, and light guns, and that she specialises in AoE attacks that can inflict enemies with shock. Shocked enemies take lightning damage each turn.

Due to her ability to apply great shock damage over time, and her abilities hinging on her attack stat, we recommend aiming for relics that increase both her damage and her lightning damage boost. We also recommend teaming her up with other characters who inflict DoT, like Honkai Star Rail’s Sampo or Honkai Star Rail’s Jing Yuan, to make the most of her skill.

Which light cone should I use for Honkai Star Rail’s Kafka?

The following light cone is a five-star piece catered to Honkai Star Rail Kafka’s abilities. However, if you can’t get hold of this one, make sure to equip her with a light cone that aligns with the path of Nihility in order to activate the skill.

Which relics should I use for Honkai Star Rail’s Kafka?

There aren’t many relic sets available in the current beta, but we found the Band of Sizzling Thunder, which increases lightning damage and focuses on Kafka’s shock damage, to be the best set for her. You don’t unlock this set until you progress quite far through the Jarilo-VI storyline, so feel free to use any set that focuses on attack damage until you can snag these ones. 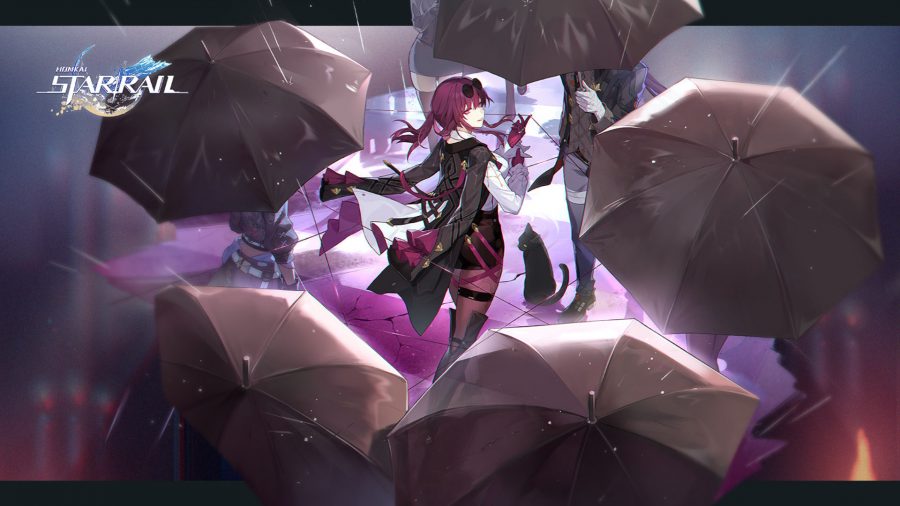 What are Kafka’s eidolons?

Honkai Star Rail eidolons are similar to Genshin Impact’s constellations, and require you to obtain multiple copies of the same character to activate them. Here are all of Kafka’s eidolons.

And that’s everything we’ve got on Honkai Star Rail’s Kafka for now. Keep in mind, that this info is based on the closed beta, and may change when the game reaches its full release – but we’ll be sure to update this page when we get to that! In the meantime, check out our list of the best games like Genshin Impact for more adventures to explore.