If you’re a fan of the series beyond Honkai Star Rail, Sushang might look familiar to you. Li Sushang is one of the protagonists of the 7 Swords visual novel, is a secondary character in Honkai Impact 3rd, and now she’s here to accompany you on your fresh, trailblazing adventure.

Honkai Star Rail’s Sushang is a member of the Cloud Knights, and shows herself to be an extremely caring and considerate person, though she can be impressionable at times. Luckily, with the help of her (frankly adorable) chubby bird and her giant, intricate greatsword, she still knows how to put up a fight. In this guide, we go over her attacks, best build, light cones, relics, and more, so you can help her become a part of the legends she’s always admired.

If you want to get familiar with more of the Honkai-tonks you meet on your journey across the stars, check out our Honkai Star Rail tier list and our Honkai Star Rail characters guides. We’ve also got more build guides just like this one, including Honkai Star Rail’s Luocha, who bears a striking resemblance to Li Sushang’s travelling companion, Otto.

Who is Honkai Star Rail’s Sushang?

Sushang is a naive yet enthusiastic new member of Xianzhou Lufou’s Cloud Knights, led by Honkai Star Rail’s Jing Yuan. She adores the historic legends and tales told about the Cloud Knights, and is super excited to become a part of such stories. Sushang is always eager to help those in need, and lives by the philosophy of ‘do one good deed a day, and reflect on oneself three times a day’ – all of which certainly keeps her busy.

Sushang is a four-star, greatsword wielder, who deals physical damage and treads the path of the Hunt. We’re not sure who Sushang’s English voice actor is yet, but her Japanese voice actor is Fukuen Misato.

The Xianzhou Luofu | Sushang
"This girl's name will go down in history, just like those heroes of legend!"

Sushang deals high single target damage, with a kit geared towards taking down bosses rather than groups of enemies. As such, she’s not as universal as other DPS, but her ability to advance her own attacks and dish out heaps of physical damage, a weakness that seems quite common as of the beta, makes her a powerful asset for many solo-target challenges. Plus, she has a massive, chubby bird that butt-stomps enemies during her ult – what’s not to love?

Currently, we recommend building Sushang with plenty of attack, physical damage, and speed to make the most of her skills.

Which light cone should I use for Honkai Star Rail’s Sushang?

Swordplay is a four-star light cone that is tailored to Sushang’s kit, complimenting her role as a single-target DPS. As it’s a four-star, it’s relatively easy to pull through the normal banner. However, if you’re looking for something to equip her with in the meantime, we recommend something that increases her attack. Also, be sure to only equip her with a light cone that aligns with the path of the Hunt, in order to activate its skill.

Which relics should I use for Honkai Star Rail’s Sushang?

Unsurprisingly, the best relic set for Sushang as of the beta is Champion of Streetwise Boxing, as it increases her already high physical damage even further. It also gives her a nice boost to her attack when she performs or receives an attack, which compliments her speed and advances. When it comes to sub-stats, we recommend you aim for more physical damage, attack, and speed where possible. 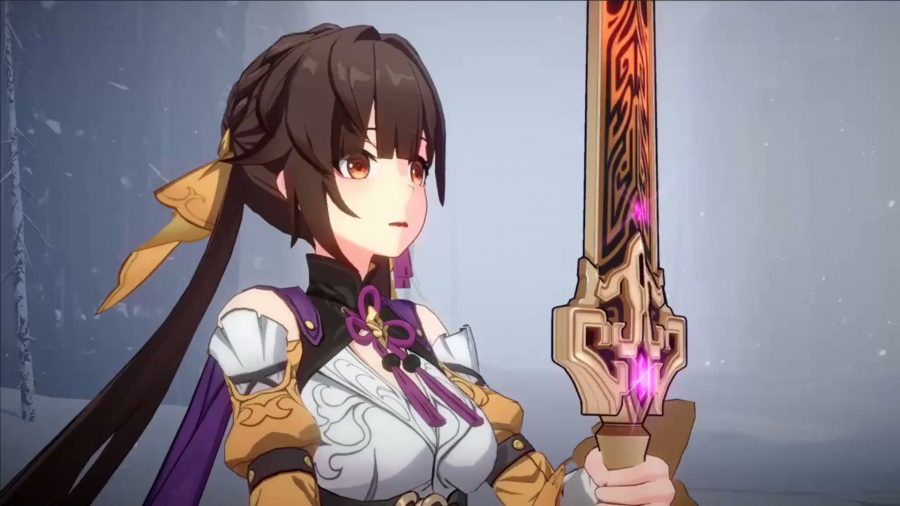 Like Genshin Impact’s constellation system, if you want to unlock Sushang’s eidolons, you need to pull more than one copy of her.

And that’s everything we know about Honkai Star Rail’s Sushang at the moment. We’ll be sure to update this guide when we get more info, especially in the wake of the Honkai Star Rail release date. In the meantime, head over to our list of the best mobile RPGs for even more adventures on the go.