As one of the first characters you meet in Honkai Star Rail, Silver Wolf certainly knows how to make an impression. The universe is just another game to this 1337, tsundere hacker, and she can’t wait to zap through the enemies, grab that EXP, and hop on up to see what the next level has to offer.

No defence system is too complicated for Honkai Star Rail’s Silver Wolf to crack, and if you’re hoping to hack her into your team, you’re in the right place. In this guide we intend to shed some light on who exactly Silver Wolf is, along with her best build, attacks, relics, and more. Of course, all of this info is based on the current beta – we’ll have to wait until the full Honkai Star Rail release date before we can level this guide up any further.

Honkai Star Rail’s Silver Wolf is a member of the Stellaron Hunters, who also happens to be a super genius hacker. She’s mastered the skill known as ‘aether editing’, which can be used to tamper with the data of reality, and, as such, she views the universe as a huge simulation game, and is always eager to clear the next stage. Pro gamer strats.

Silver Wolf is a five-star character who has power over quantum damage, and treads the path of the Nihility. Her English voice actor is Melissa Fahn, and her Japanese voice actor is Asumi Kana.

A member of the Stellaron Hunters and a genius hacker. Silver Wolf has mastered the skill known as "aether editing", which can be used to tamper with the data of reality.

Silver Wolf is a high impact damage dealer who specialises in taking down single targets. She lacks any real AoE potential, but with her amazing debuff ‘bugs’, she’s an asset to any team due to her ability to apply DoT and impose weaknesses on her targets.

She works well with other characters capable of applying debuffs to enemies due to her ultimate, but she can fit into any team in need of some increased resistance to shred. We recommend building her with plenty of attack and quantum damage boost.

Which light cone should I use for Honkai Star Rail’s Silver Wolf?

Incessant Rain is a five-star light cone tailor-made for Silver Wolf, and fits perfectly with her DoT/debuff-heavy kit. However, as it’s a five-star gacha pull, it may be a little tough to get your hands on. If you don’t have this light cone, just be sure to equip Silver Wolf with one that aligns with her path, the Nihility, in order to activate its skill.

Which relics should I use for Honkai Star Rail’s Silver Wolf?

In the current beta, the best relic set to use for Silver Wolf is undoubtedly Genius of Brilliant Stars, due to its increase to both her quantum damage and attack. For sub-stats, we recommend building attack, quantum damage boost, and then add in some speed or energy restoration where possible. 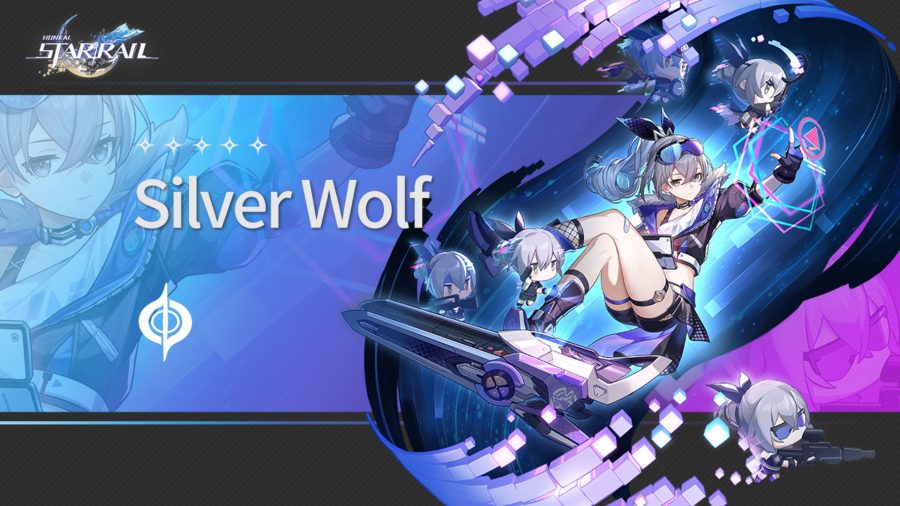 What are Silver Wolf’s eidolons?

Honkai Star Rail’s eidolons are similar to Genshin Impact’s constellations, where you unlock them by pulling multiple copies of the same character. Here are all of Silver Wolf’s eidolons.

That’s everything we’ve got on Honkai Star Rail’s Silver Wolf at the moment – we’ll be sure to update this guide as details change, especially in the game’s full release. In the meantime, check out our list of the best games like Genshin Impact to keep this simulated universe exciting.