To help you learn more about Genshin Impact’s, we’ve compiled all the important information that you need to know about her. As she excels in a main DPS role, our guide will focus on giving the highest damage output possible.

This addition to the game is a five-star pyro character, who wields a bow and hails from the gorgeous new Inazuma region. Read on to learn more about Genshin Impact’s Yoimiya build, skills, ascension materials, and constellations.

Yoimiya excels in a main DPS role thanks to her powerful elemental burst that deals AoE pyro damage. We recommend you use her in a team with Genshin Impact’s Sayu as support and Genshin Impact’s Mona as sub DPS. 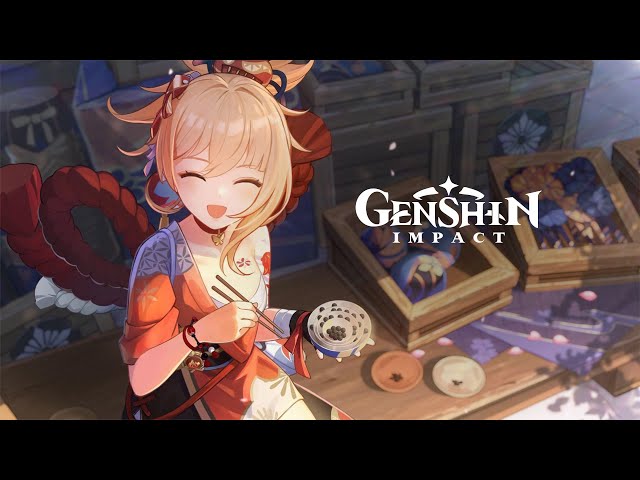 The best weapon for Yoimiya is the Thundering Pulse bow. If you haven’t managed to get your hands on it just yet, Rust is a suitable replacement weapon.

A full set of Shimenawa’s Reminiscence or a full set of Crimson Witch of Flames works great with Yoimiya. 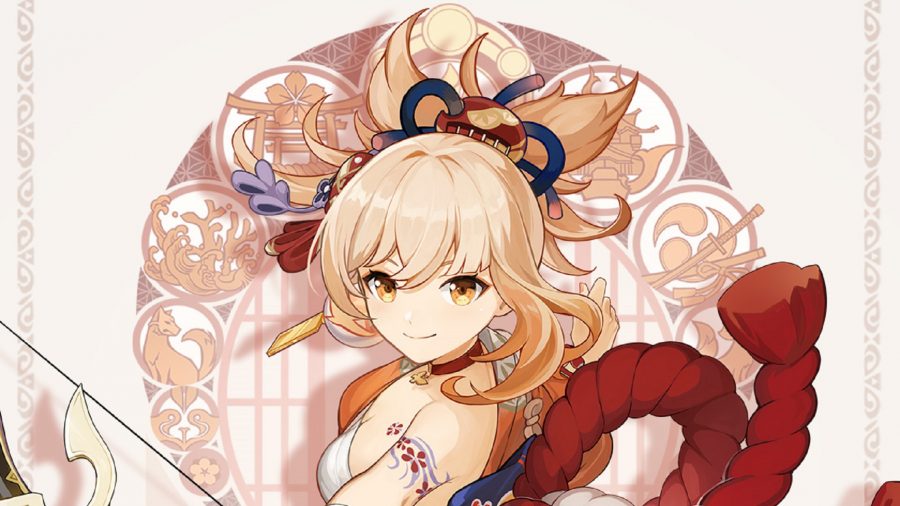 What are Yoimiya’s skills?

What are Yoimiya’s constellations?

Learn more about Yoimiya’s constellations below. 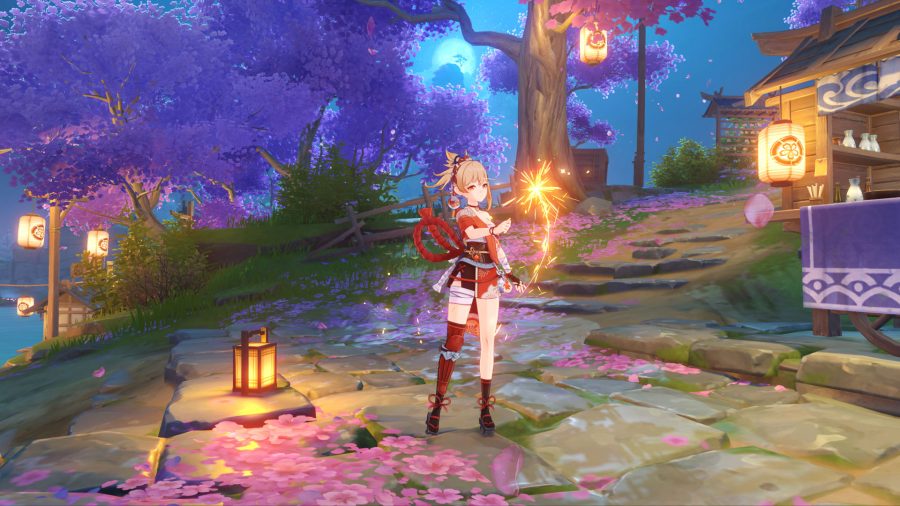 What does it cost to ascend Yoimiya?

Don’t waste any of your naku weed, you’re going to need a lot in order to fully ascend Yoimiya.

If you need some help creating a team, head on over to our Genshin Impact tier list to find out who the best DPS and support characters are.