Alright crew, it’s time to introduce yourselves to Honkai Star Rail’s Himeko. This fiery redhead is the total package – a super intelligent scientist, an adventurous trailblazer, and a formidable force on the battlefield.

If Honkai Star Rail’s Welt is the dad of the Astral Express, Honkai Star Rail’s Himeko is undoubtedly the mom. Whether she’s offering you advice from the cabin, or fighting by your side and setting your enemies ablaze, she’s a constant, unstoppable force, and someone you definitely want on your side. with this build guide, you’ll know exactly how to treat her right – from giving her the best light cone and relics, to getting familiar with her OP attacks.

Who is Honkai Star Rail’s Himeko?

Honkai Star Rail’s Himeko is an adventurous scientist, always eager for her next trailblazing expedition. She encountered the Astral Express when she was just a child, after it was stranded in her home world. With time, she managed to repair the train, and finally began her journey into the stars, meeting many new companions along the way.

Himeko is a five-star fire character, who treads the path of the Erudition. Her English voice actor is Cia Court, and her Japanese voice actor is Tanaka Rie.

"Alright, crew! This world is the target of our next trailblazing expedition!"

Himeko is a powerful damage dealer, capable of taking down large groups of enemies with her potent AoE and blast attacks, and her strong burn DoT. Her fire damage is the real star of the show here, and using her technique to initiate battles pushes it even further, making her a real fiery force to be reckoned with.

We recommend building her with plenty of fire damage boost and attack stats wherever possible. She works well with other fire characters such as Honkai Star Rail’s Asta and Honkai Star Rail’s Hook, as initiating battles with her technique increases the fire damage taken by enemies, and pairing her up with a buffer like Asta helps increase her already high attack.

Which light cone should I use for Honkai Star Rail’s Himeko?

The five-star light cone Night on the Milky Way is tailored to Himeko’s kit, increasing her attack based on how many enemies are on the battlefield and whether they are inflicted with break. However, as it’s a five-star light cone only obtainable through gacha pulls, you need a strike of luck to get it.

If you’re looking for something to fill the slot in the meantime, feel free to go with any light cone that increases Himeko’s attack – just be sure to pick one that’s aligned with the path of the Erudition in order to activate its skill.

Which relics should I use for Honkai Star Rail’s Himeko?

As most of Himeko’s impact hinges on her fire damage, we recommend the Firesmith of Lava Forge relic set. When it comes to sub-stats, aim for more fire damage and attack above all else, then speed and energy recharge boost. 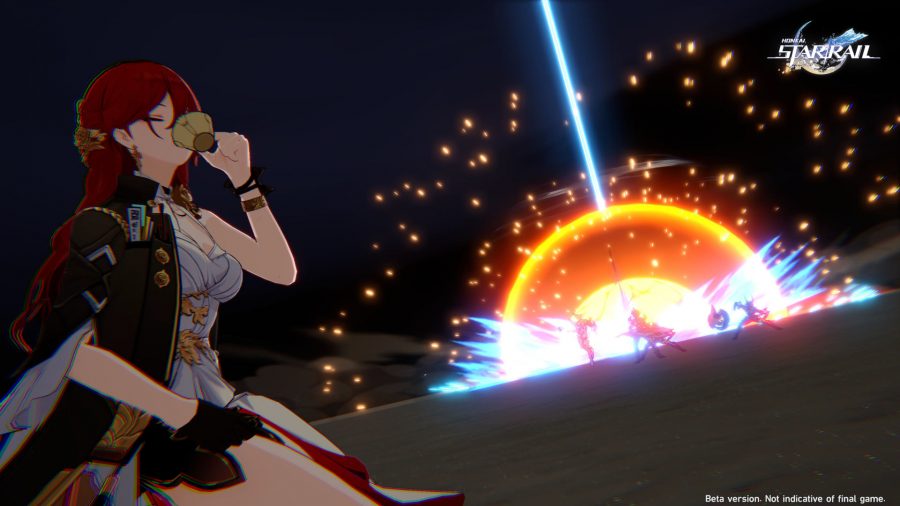 In Honkai Star Rail, eidolons are similar to Genshin Impact’s eidolons. They’re unique buffs and upgrades that you can unlock when you pull more than one copy of a character. Here are all of Himeko’s eidolons.

That’s all we’ve got on Honkai Star Rail’s Himeko for now. We’ll be sure to update this guide when we’ve got more info, especially when we get the full build with the Honkai Star Rail release date. In the meantime, head over to our list of the best games like Genshin Impact to set out on a fresh adventure today.