BlueStacks provides an easy and safe method to play a bunch of Android games on PC from the comfort of your desk, along with a bevvy of enhancements that make them play better. That includes mouse and keyboard support, faster framerates, and the ability to play many instances of a game at once. That makes re-rolling in Gachas an absolute breeze.

But, which Android games on PC should you play, we hear you ask? Well, that does slightly depend on the type of mobile games you like to play. Many of the biggest games are available on BlueStacks, so you could just stick to those. However, if you’re looking for a bunch of new BlueStacks games to play, you’ve come to the right place.

We’re going to recommend our favourite BlueStacks games below, in a variety of different genres, and answer a bunch of FAQs to help you make the most of your time playing the Android games on PC with this emulator. If you’re looking for the best mobile games of all time, check out our best Android games and best iOS games for more recommendations.

Now, let’s get into our list of the best Android games you can play on PC, thanks to Bluestacks.

the best Android games on PC 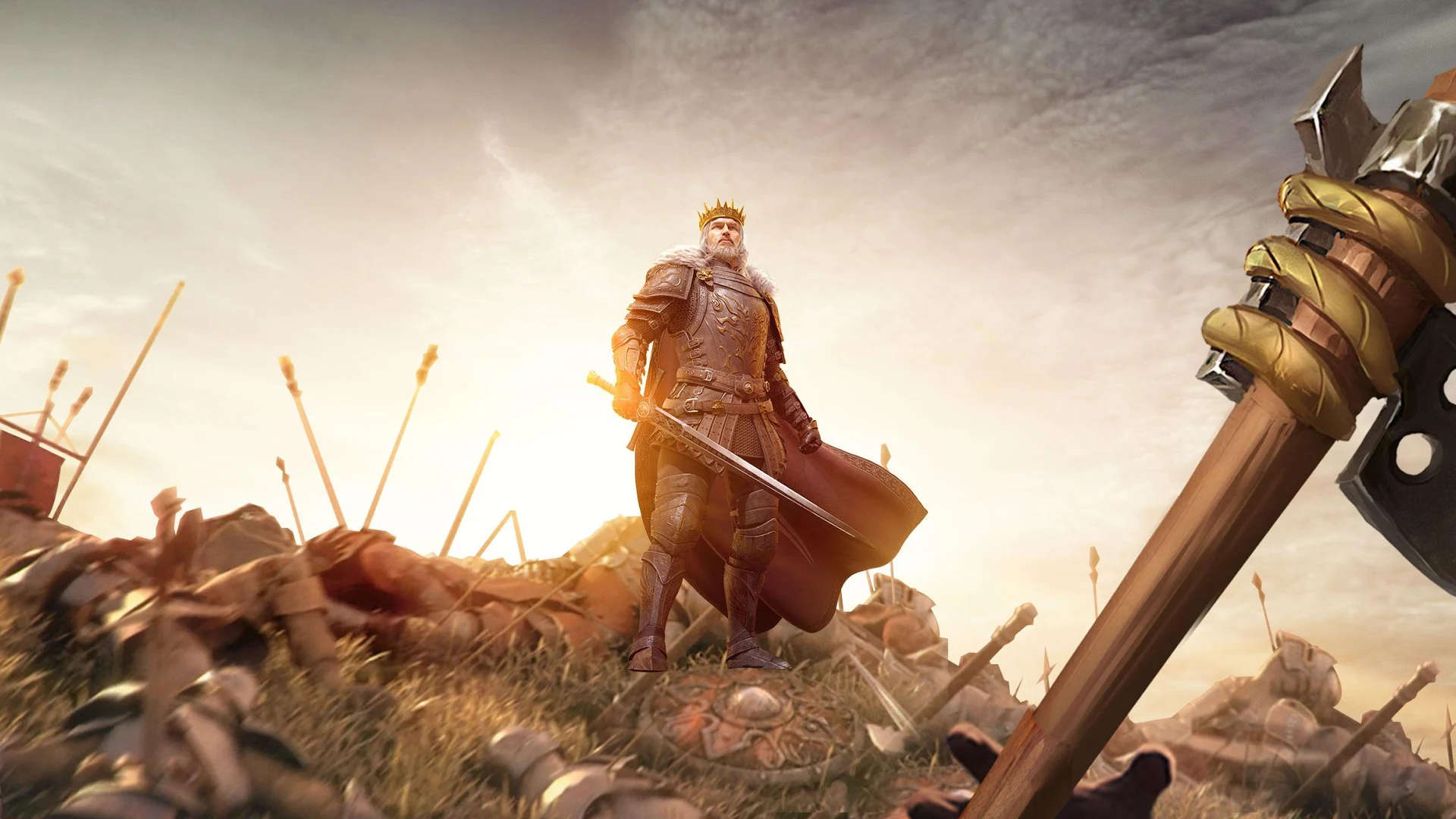 What happened to King Arthur following his death? He became King of Avalon, as told in this strategy game that allows you to raise your very own dragon. 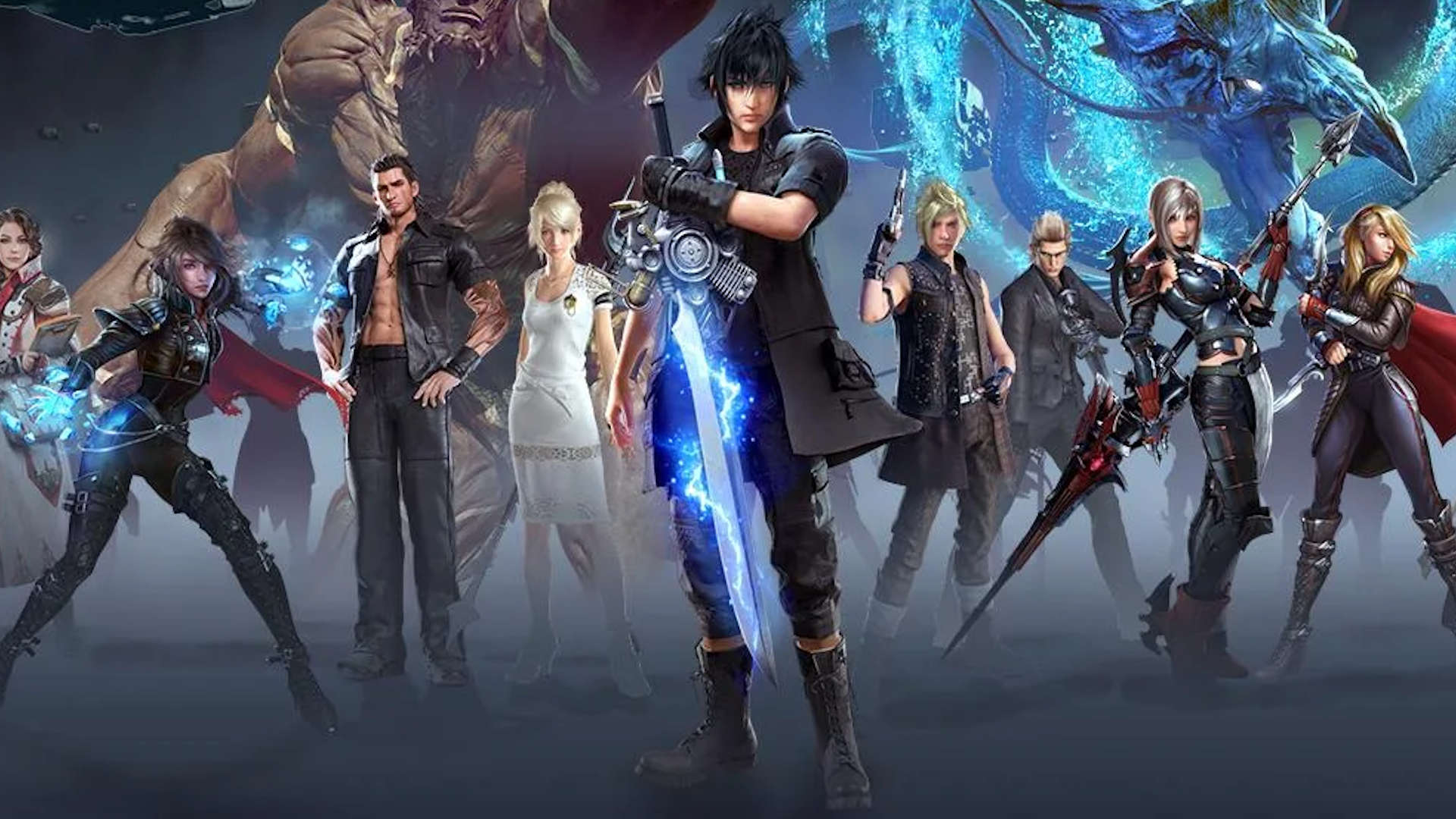 Finished Final Fantasy XV but haven’t had enough of Noctis? Give A New Empire a whirl. This strategy game allows you to build your own kingdom in the long-running universe and recruit your favourite characters. 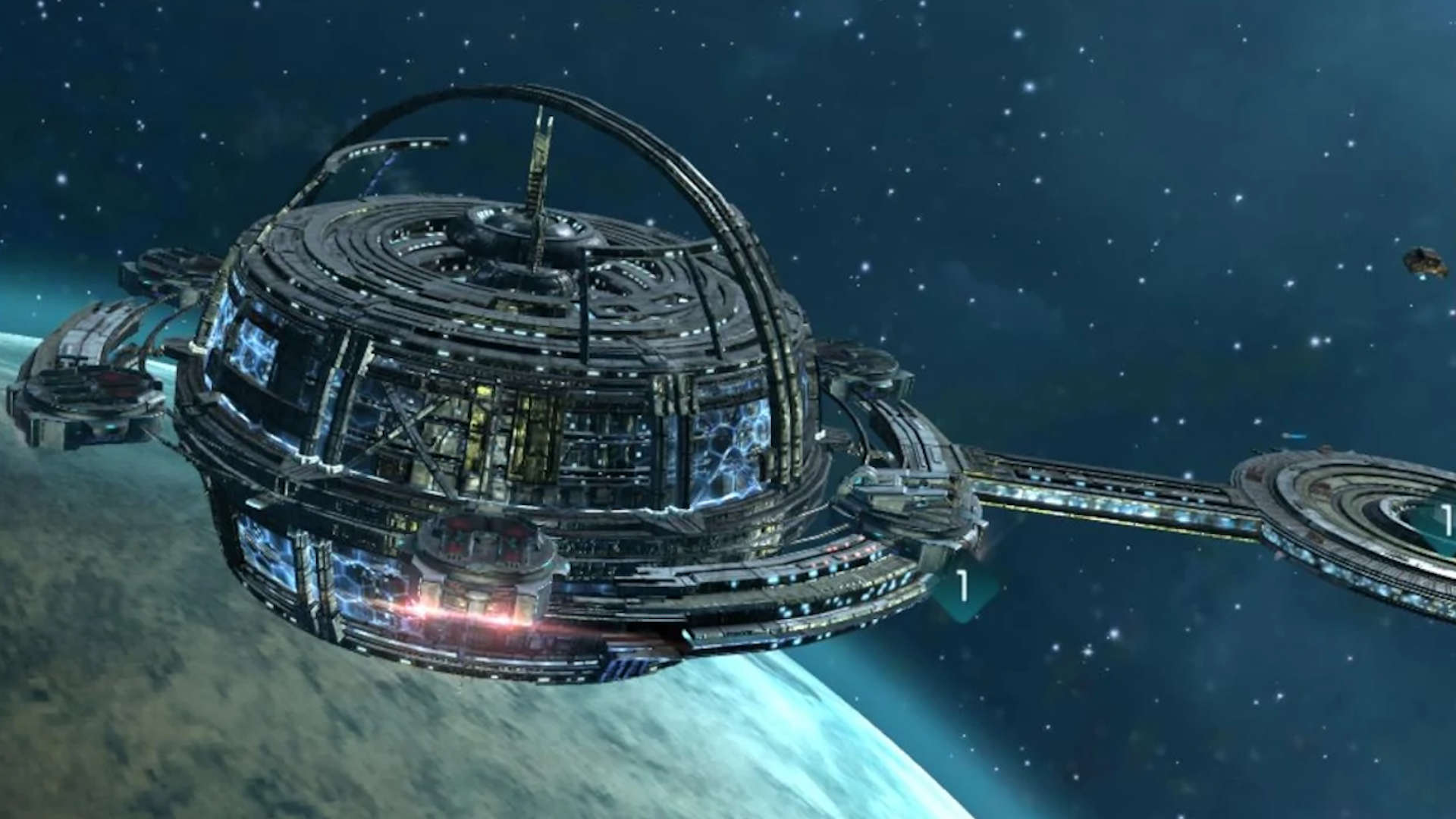 Fans of the long-running franchise will absolutely adore this strategy game, which sees you take command of your very own starbase, recruiting your favourite officers like James T. Kirk, Spock, and more. 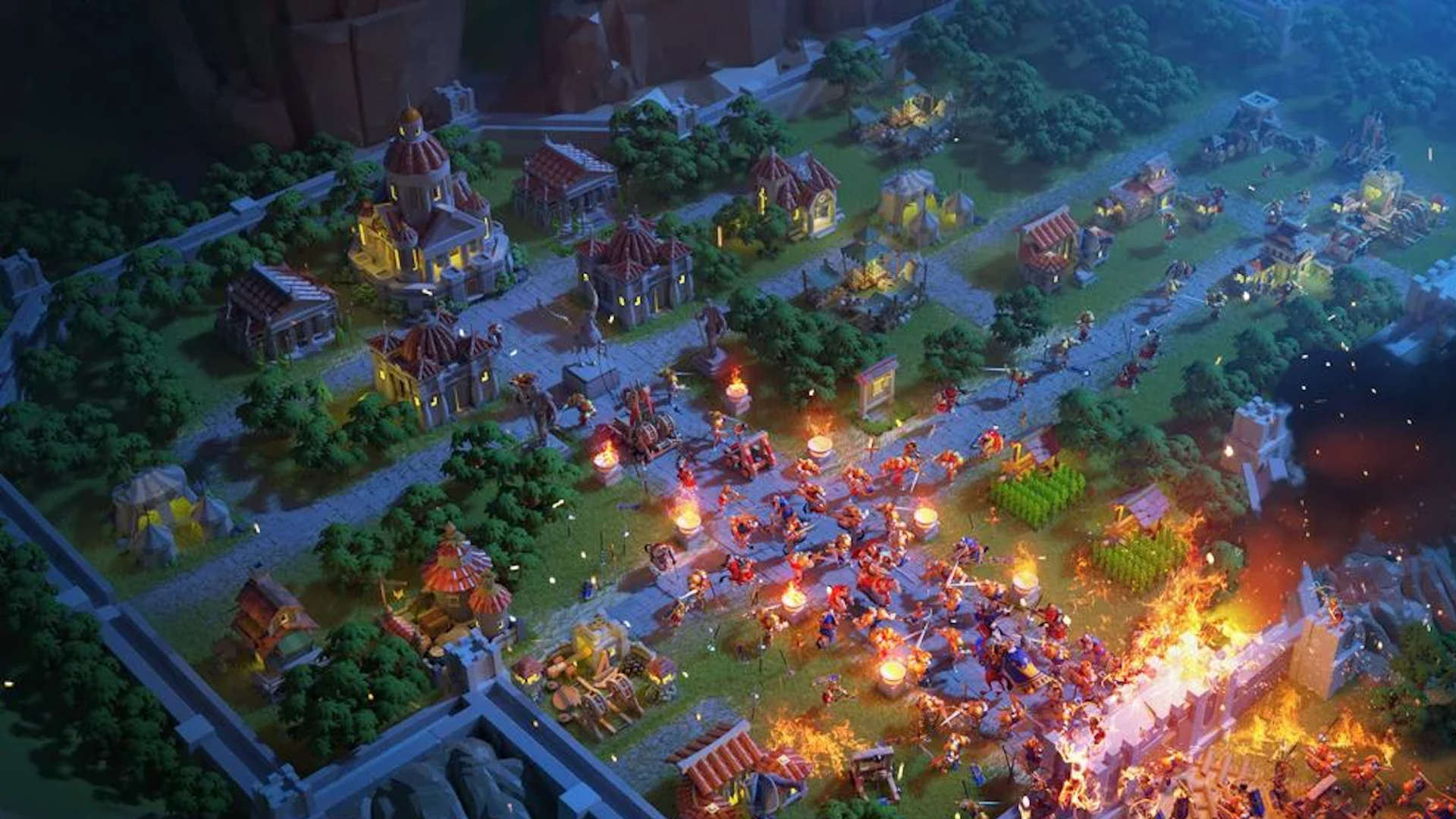 If Civilisation VI was a free-to-play multiplayer game with real-time battles, it would be Rise of Kingdoms. You select your favourite historical leader and embark on your journey of total world domination. 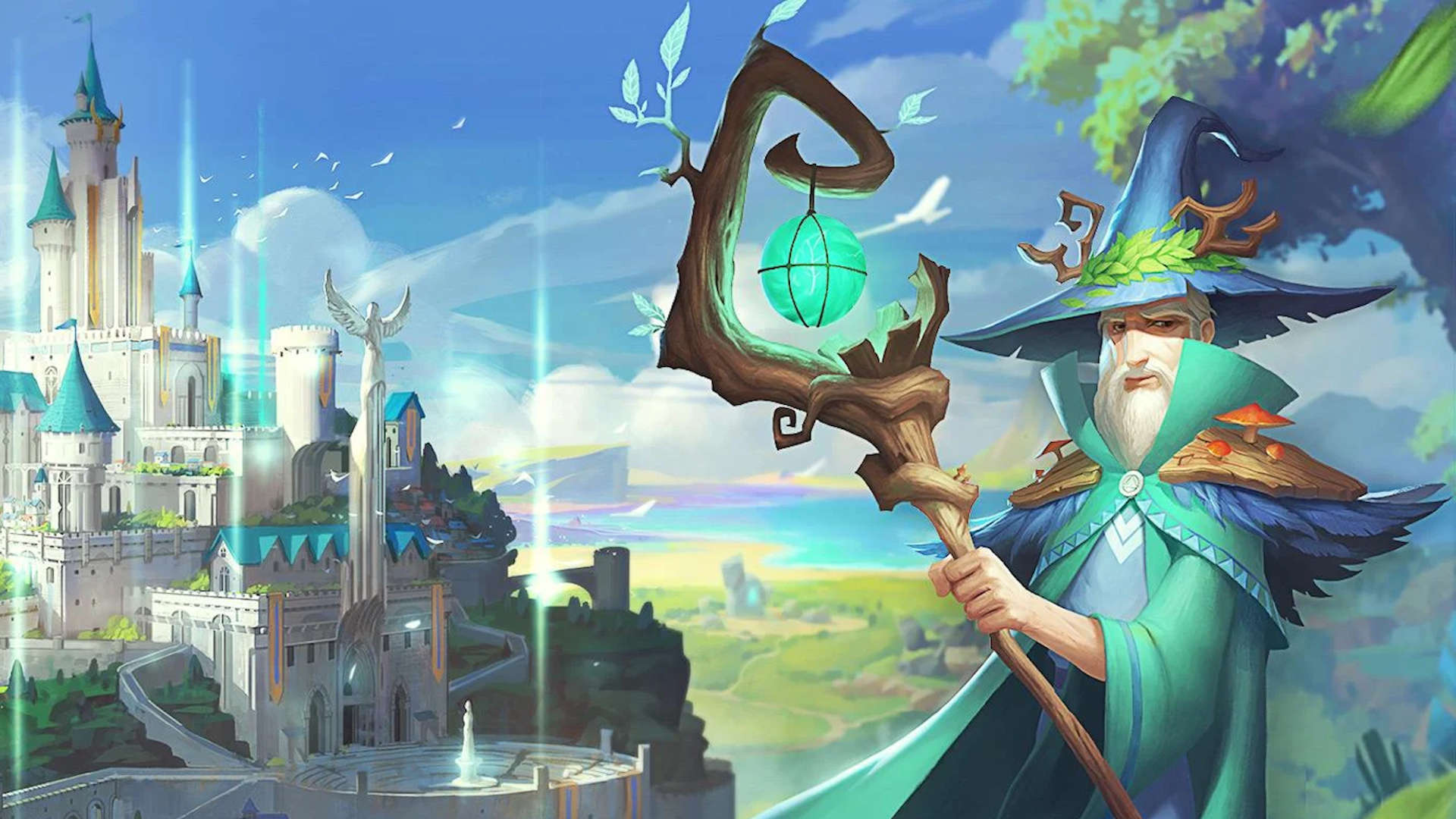 Fancy living in a fantasy kingdom? How about building one instead? That’s what Art of Conquest provides. You build an army, recruit mythical heroes, and command dragons as you strive to take over the world.

Taking place in the Three Kingdoms period, this strategy game challenges you to grow your own empire. You may even end up unifying the whole country. 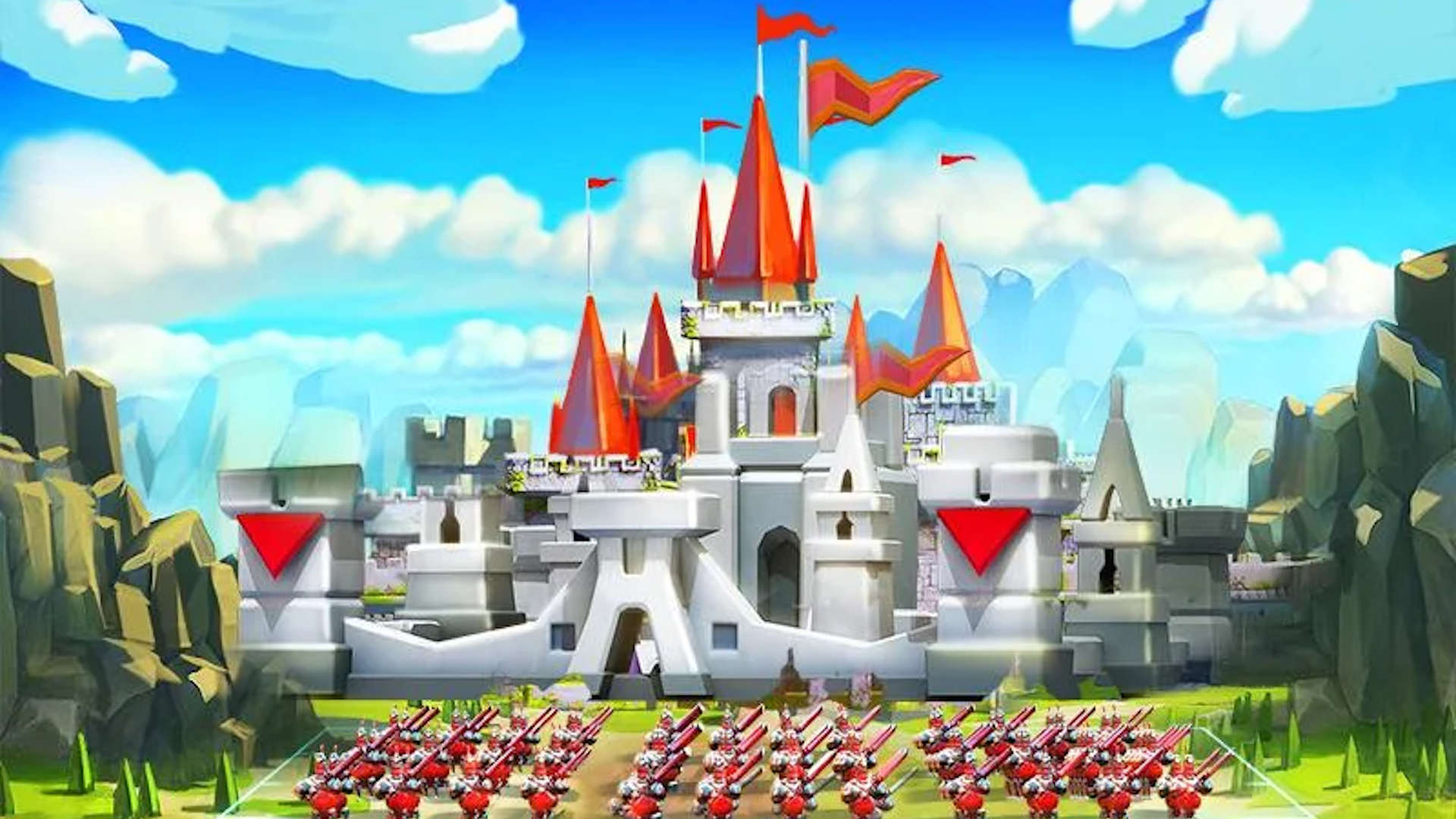 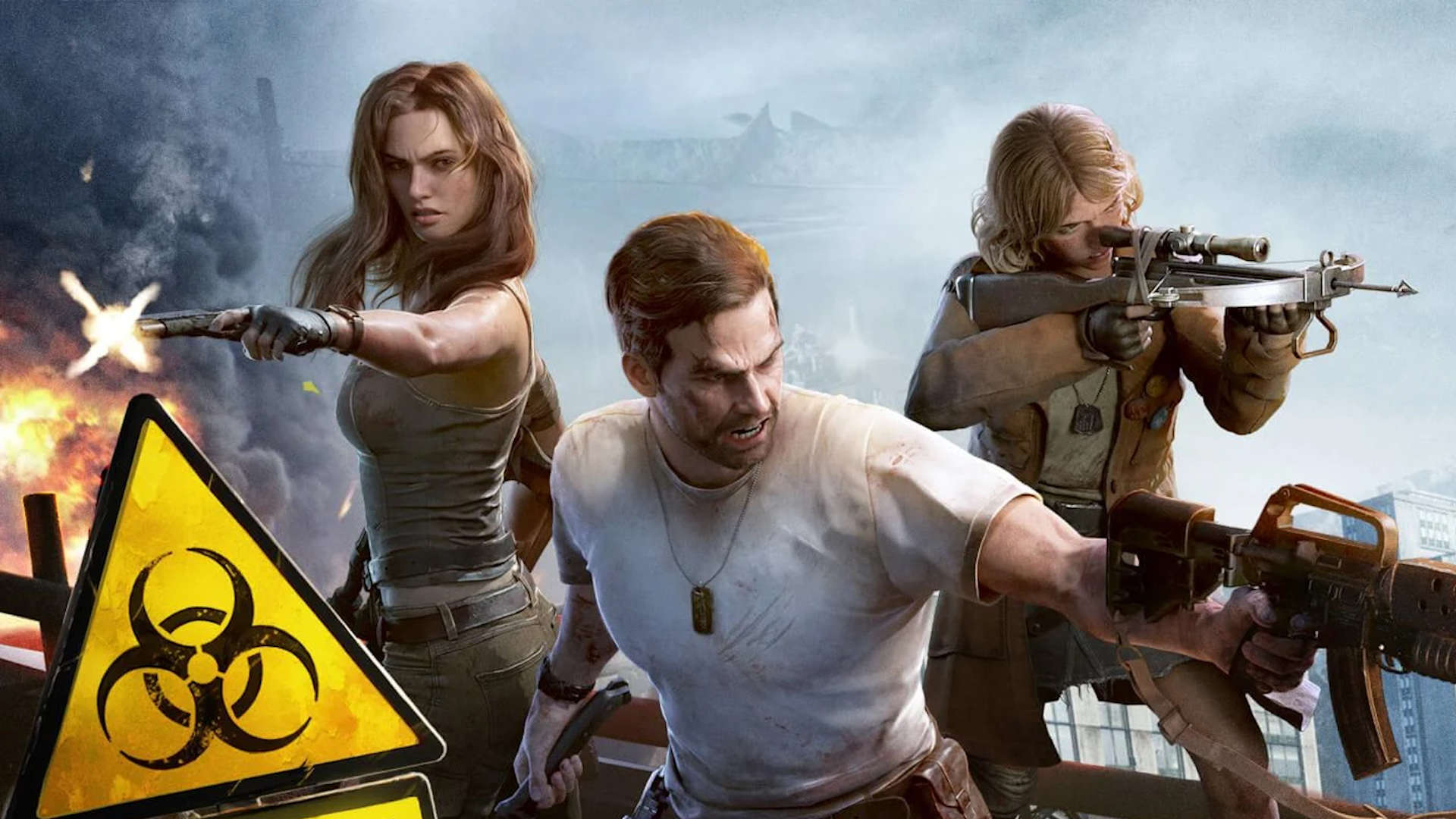 Put your zombie survival strategy to the test in State of Survival, which takes place six months following a zombie apocalypse. You have to find fellow survivors, battle off zombies, and strive to build a city that will allow your fellow humans to forge a new life. 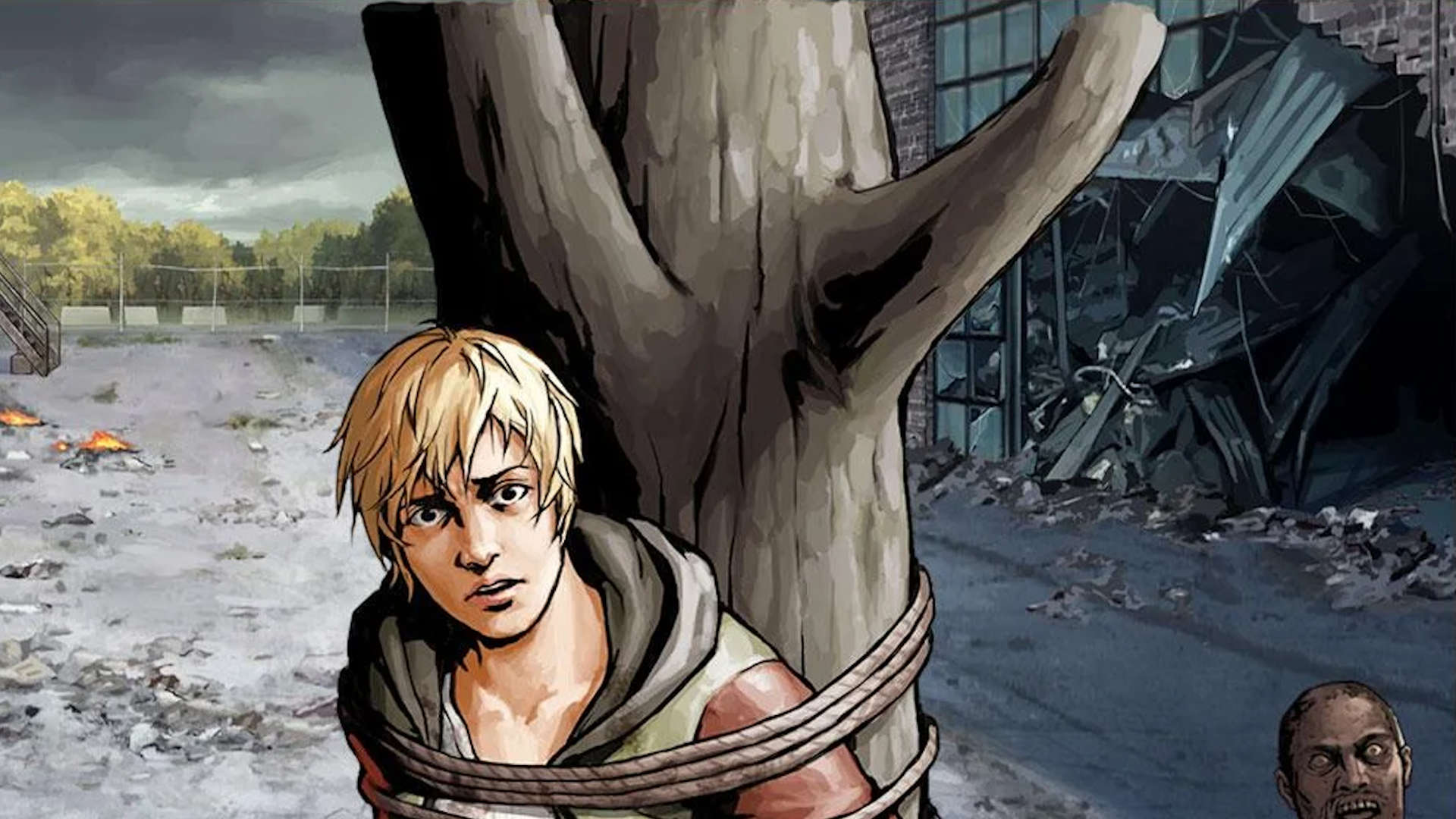 The Walking Dead: Road to Survival

Bridging the gap between the comics and the TV series, The Walking Dead: Road to Survival challenges you to make the same difficult decisions that your favourite character’s face in the show. 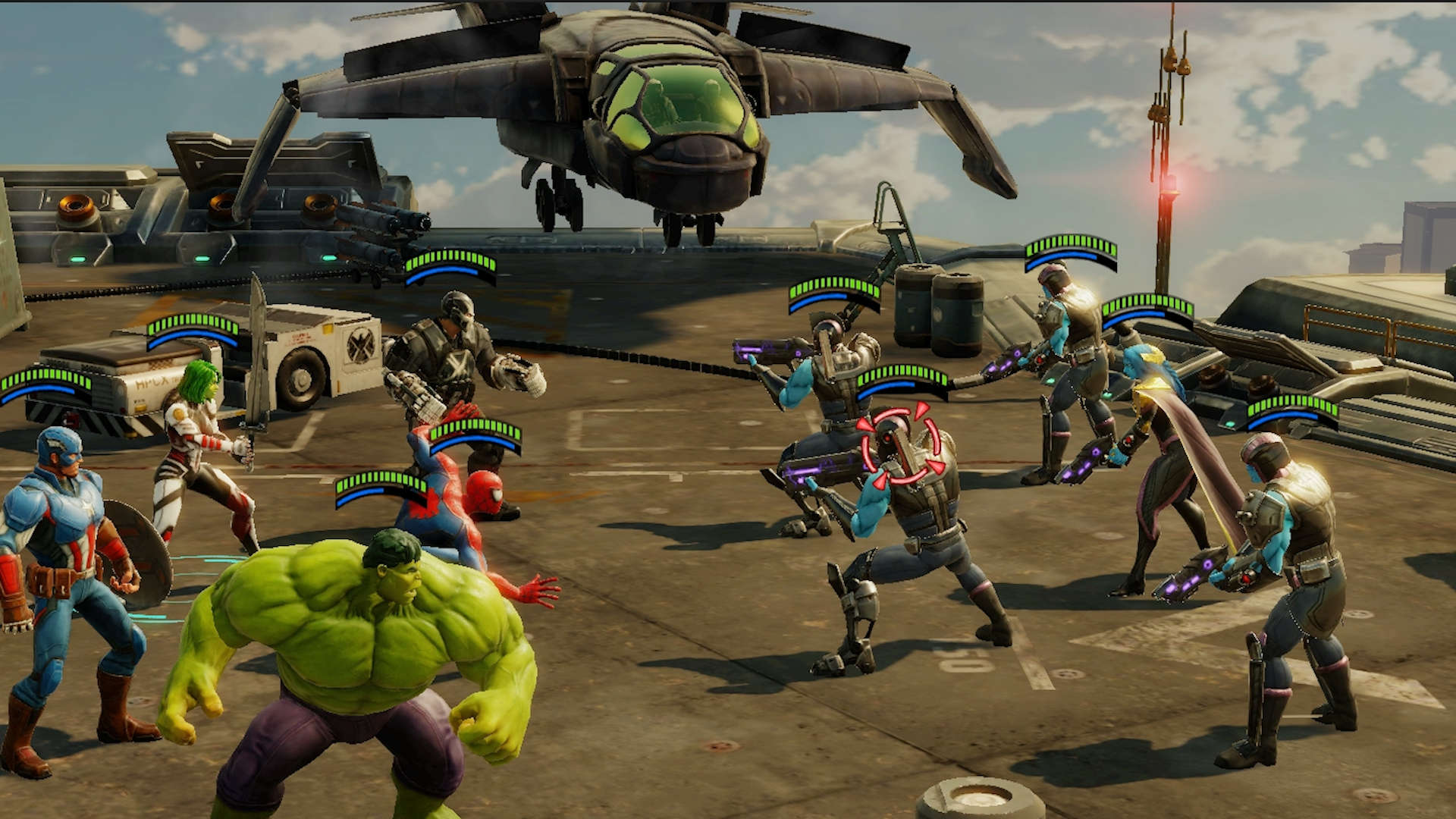 One of the best Gacha RPGs going, Marvel Strike Force allows you to recruit your favourite heroes from the universe. Ever wanted to build a dream-team of Spider-Man, Iron Man, and Loki? Don’t let your dreams be dreams. 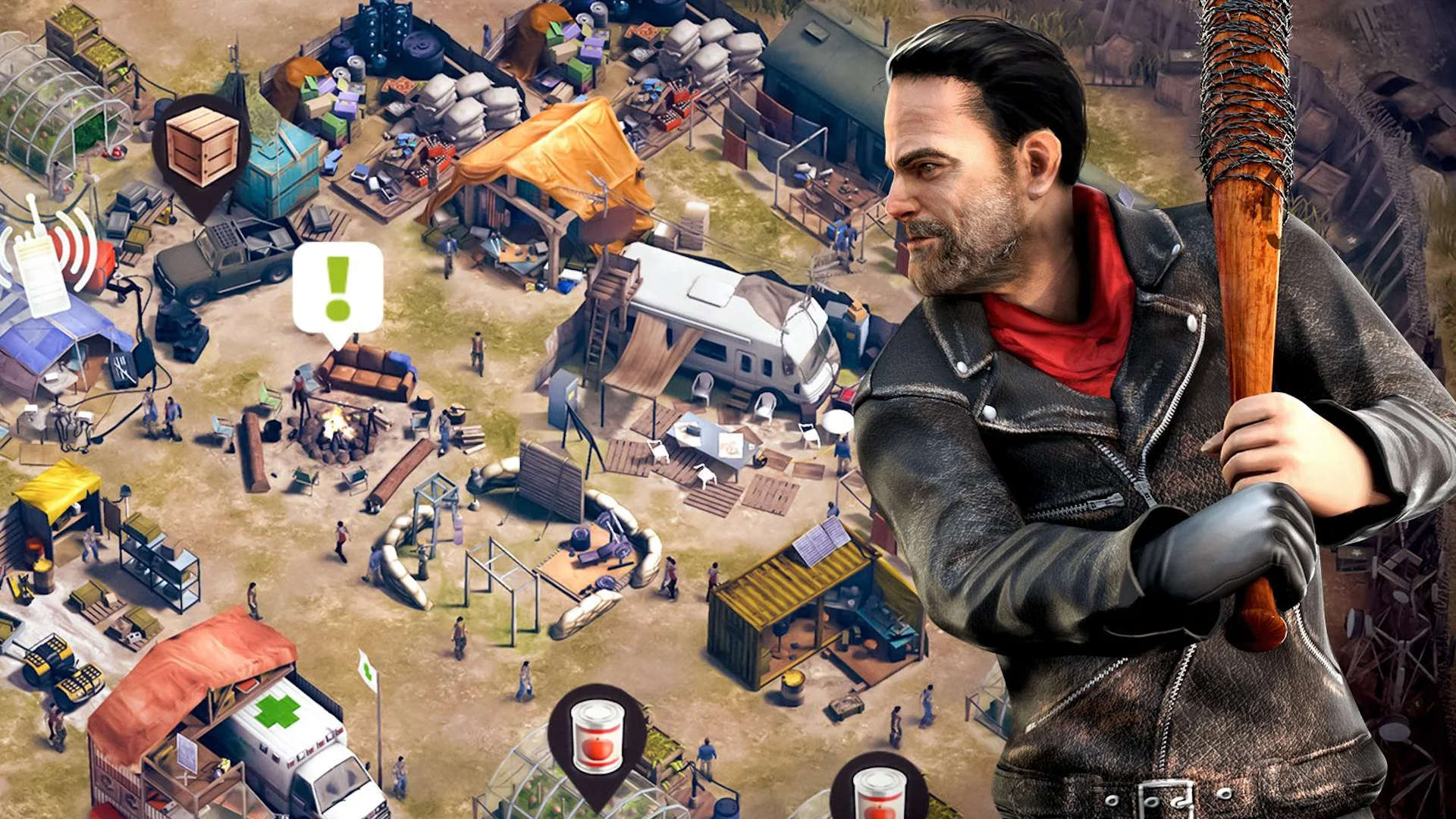 The Walking Dead: No Man’s Land

You’re spoilt for choice where The Walking Dead is concerned on mobile. No Man’s Land allows you to recruit your favourite characters from the TV series and send them into battle against vicious zombies. 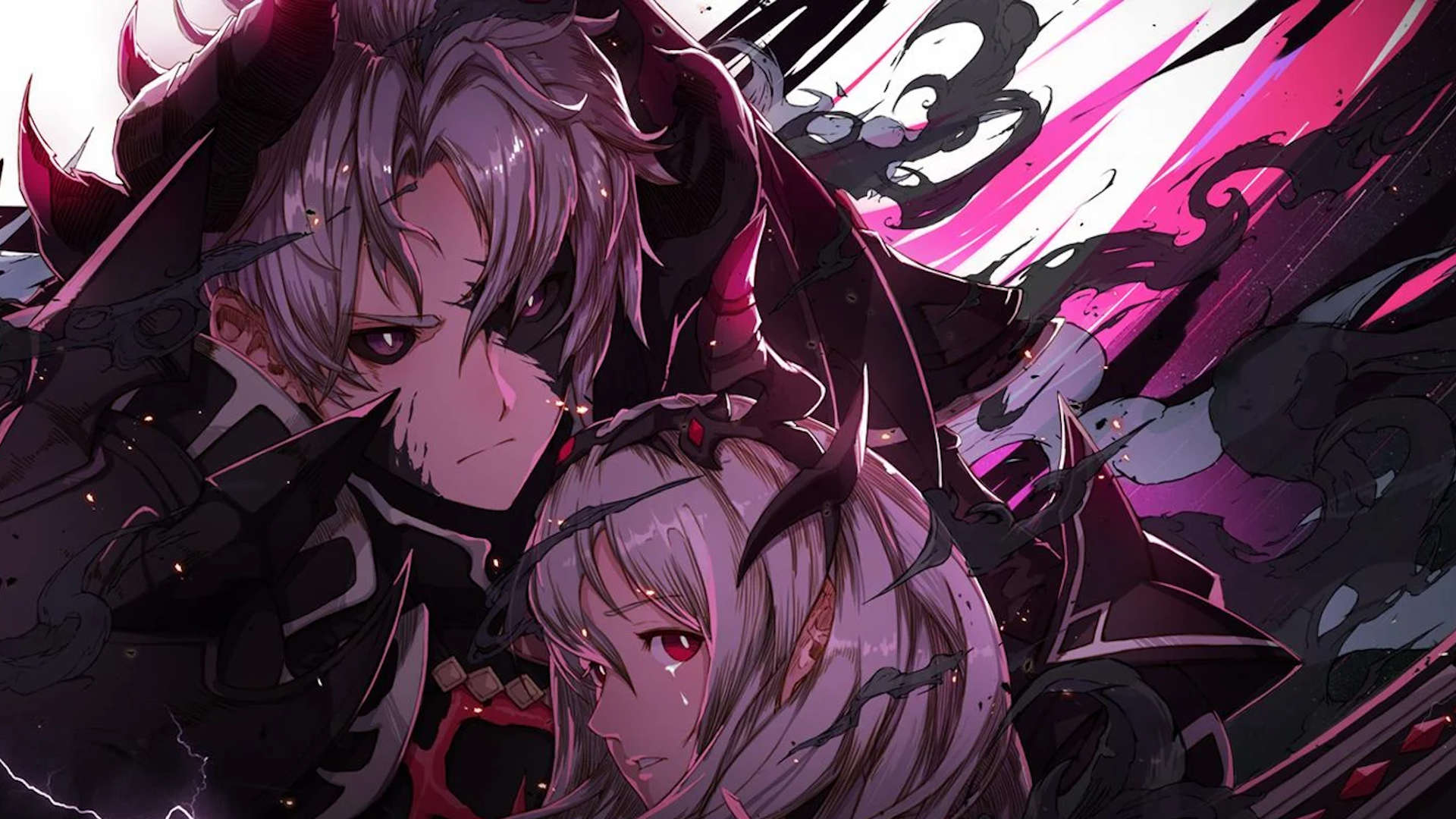 Fans of anime will love King’s Raid, which draws a lot of inspiration from hit TV shows. You can also play dress-up, with a wide variety of costumes to unlock for each character. 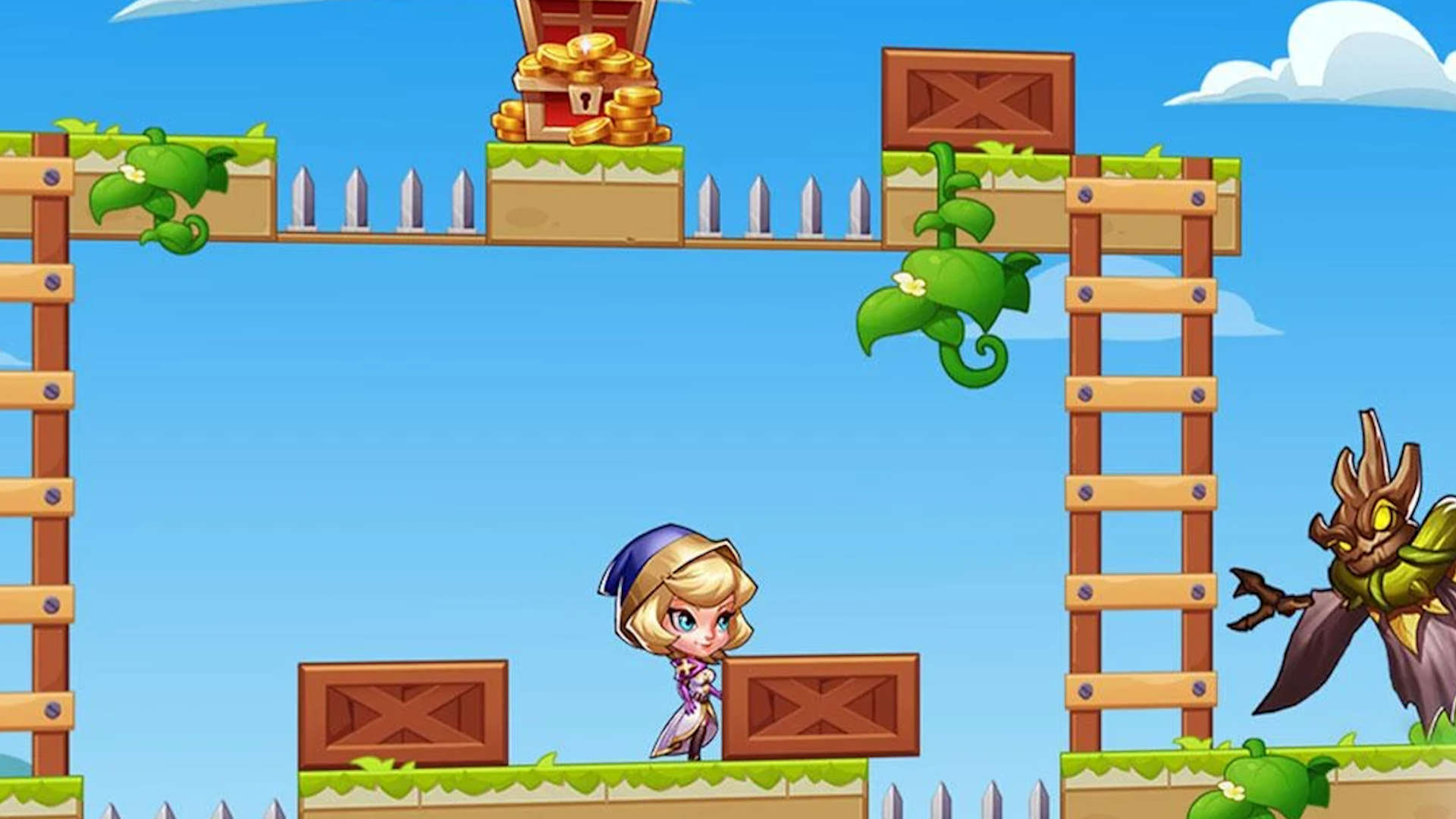 With over 200 heroes to gather, Idle Heroes is one of the biggest Gacha RPGs on mobile. Battle through dungeons, complete quests, and participate in guild wars. 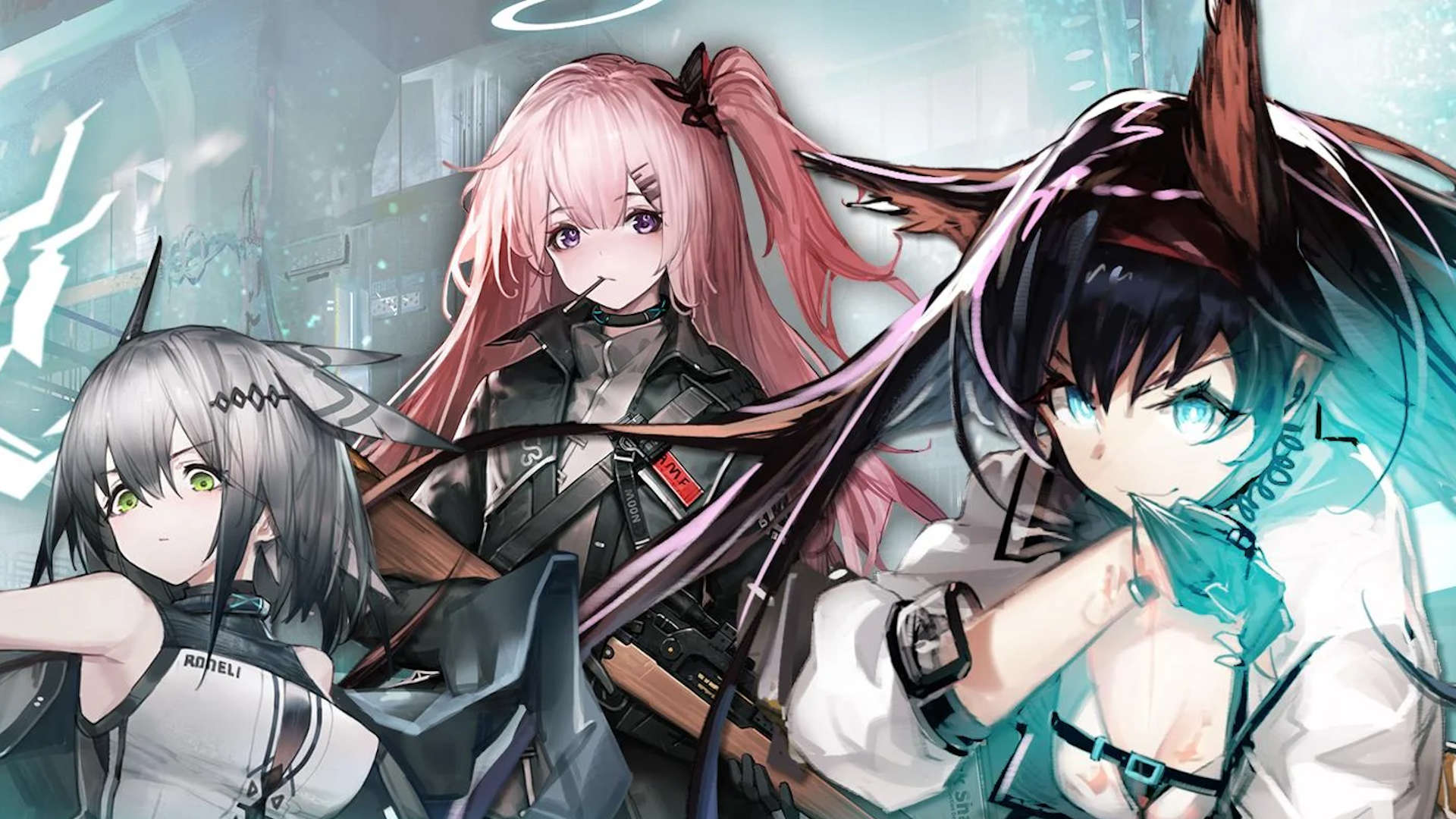 This Gacha RPG also draws inspiration from anime, and incorporates features from the best mobile strategy games. You will build a base, recruit operators, and participate in challenging battles. 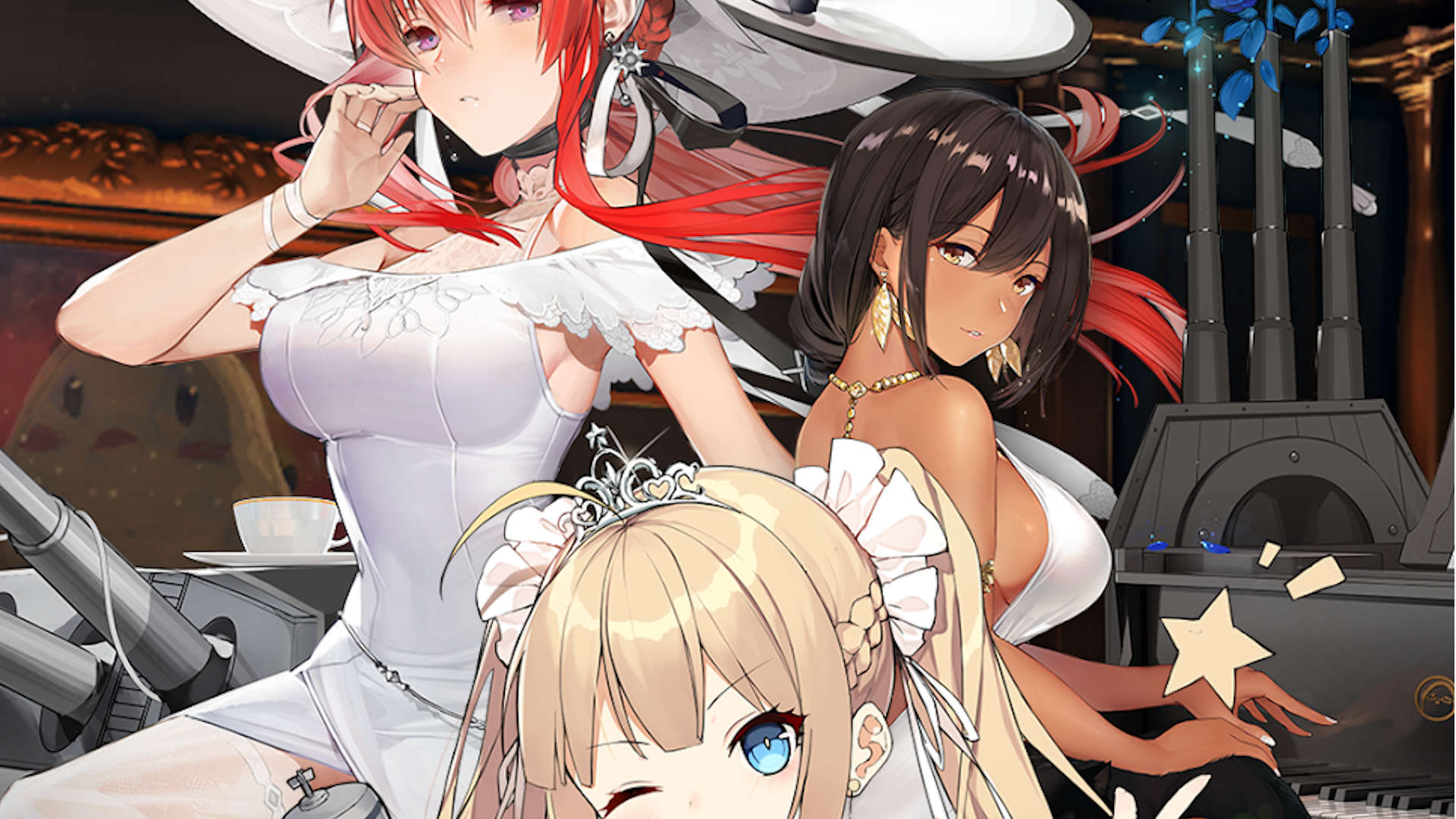 What if your Gacha RPG focused on gathering ships, rather than traditional warriors and mages? It would be Azur Lane. This 2D, side-scrolling battler is a lot of fun. 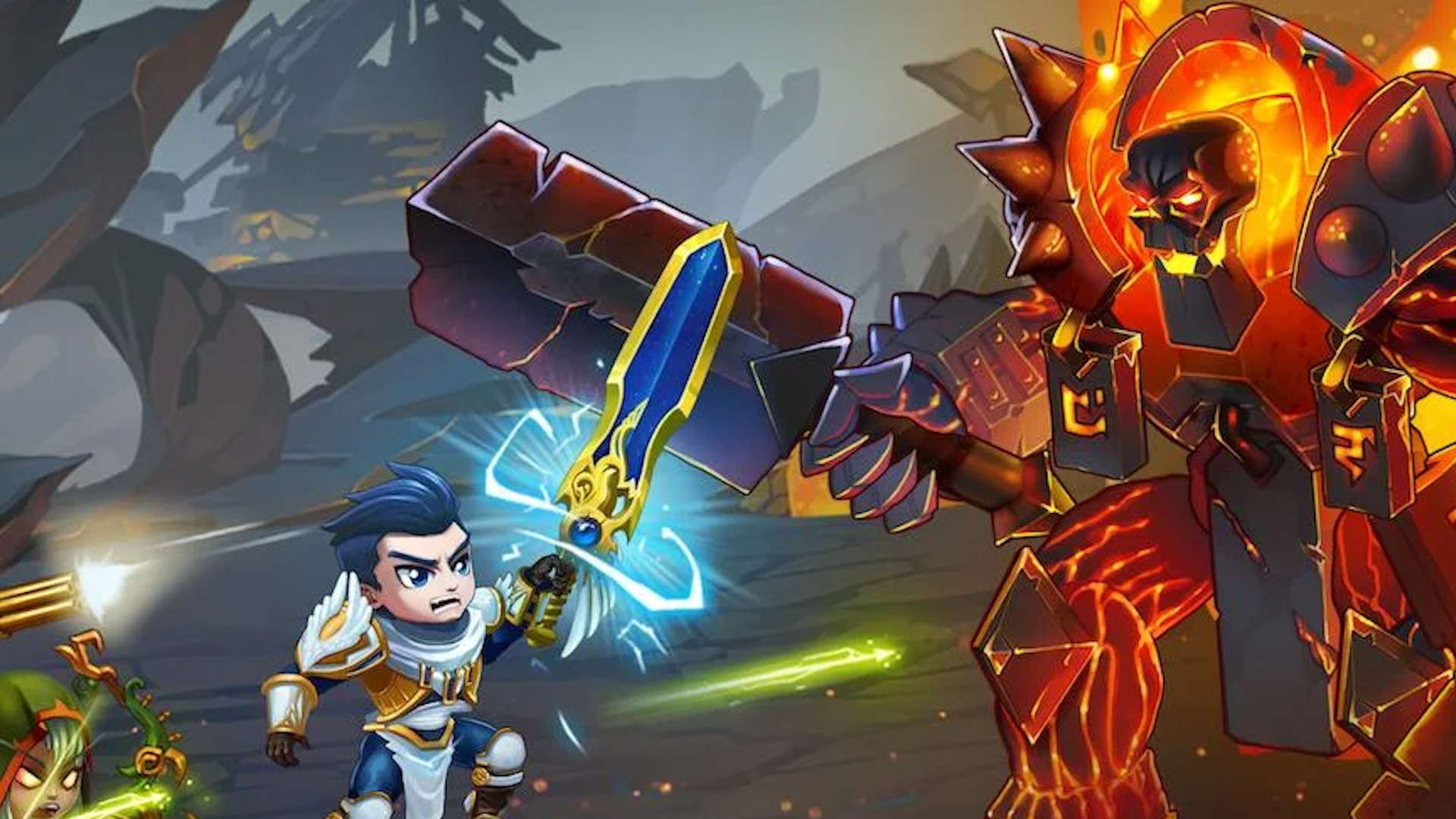 Looking like a Cartoon Network show brought to life, Hero Wars has everything you want in a Gacha RPG. You explore dungeons, recruit heroes, and upgrade them with new skills and equipment. 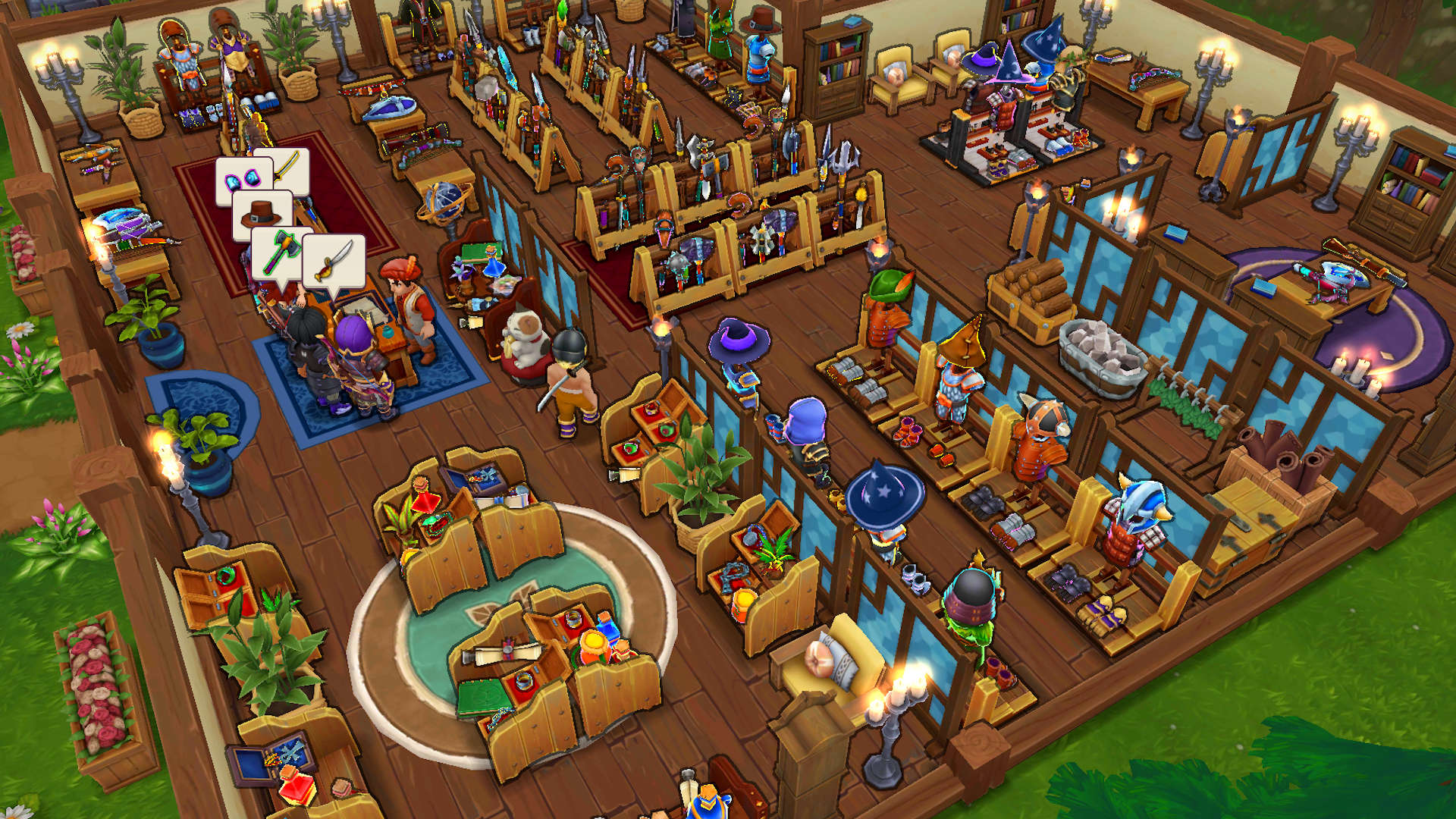 What if you don’t want to do all of that adventuring, and would rather sell equipment to heroes instead? Well, Shop Titans is the game for you. It’s gorgeous visually, so will look great on your PC. 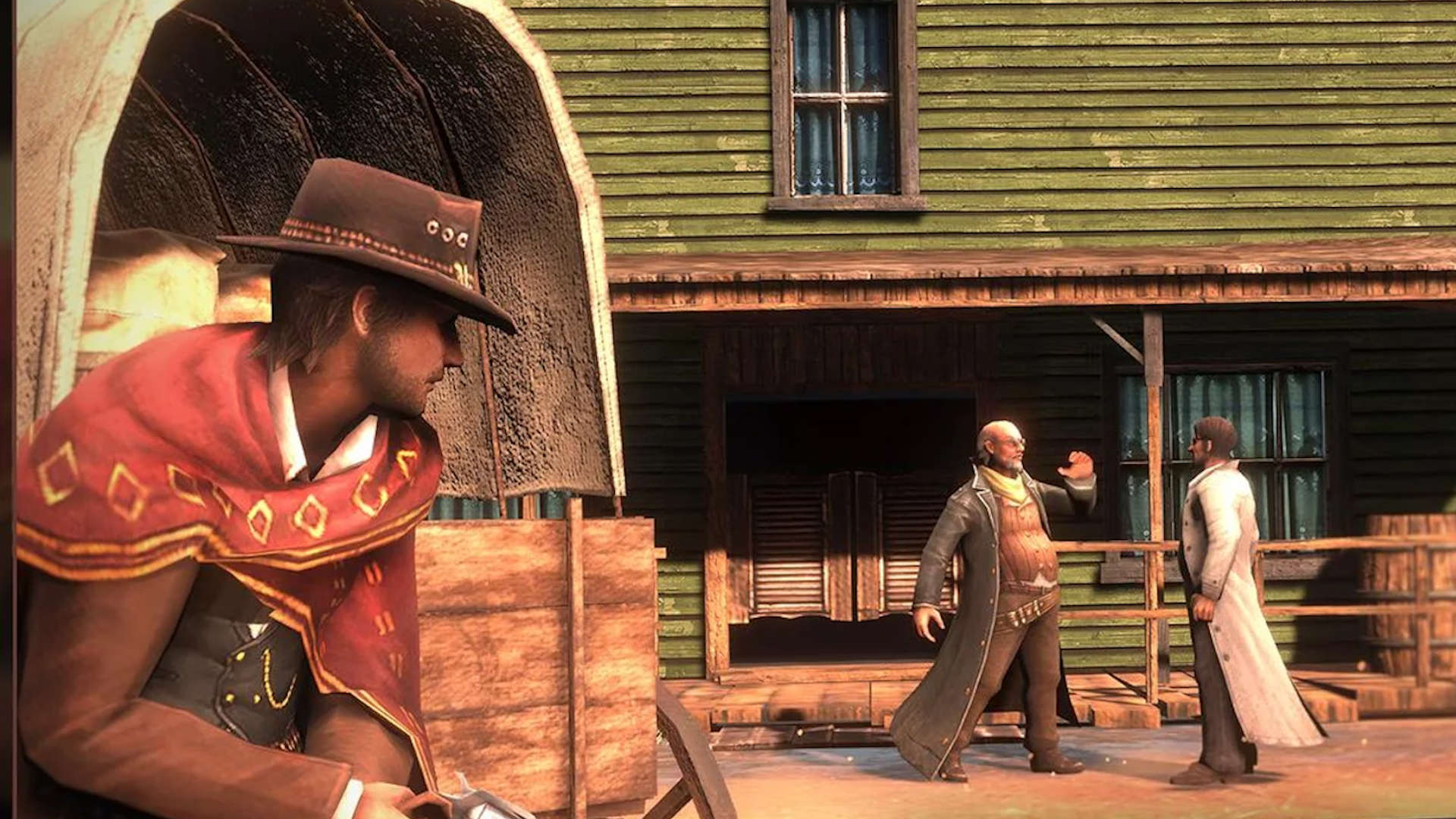 West Game gives you a taste of life in the Wild West. You can build your own town, raise an enormous army, and recruit your very own Sherriff. 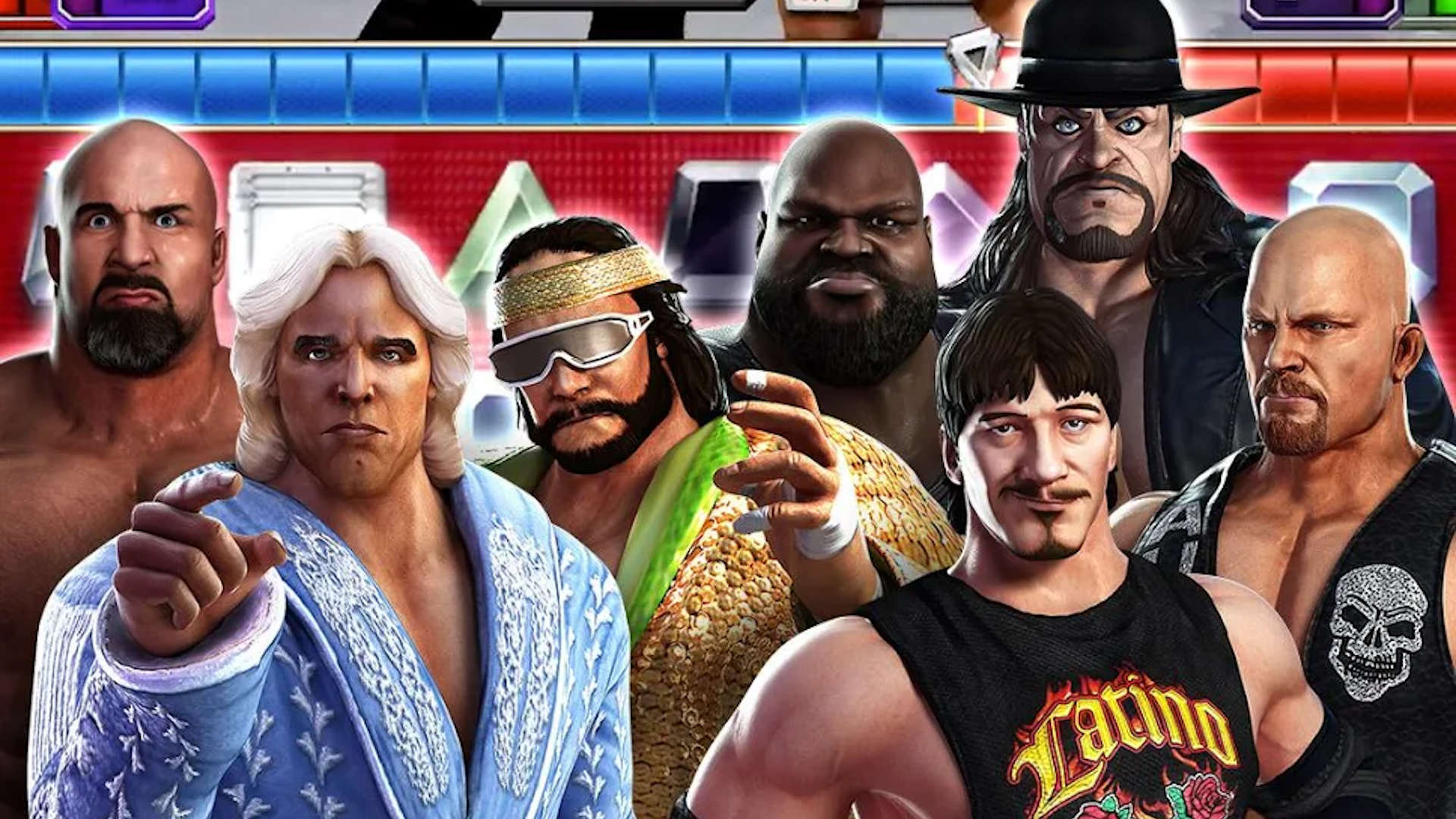 Wrestling and puzzle games go hand-in-hand if WWE Champions 2021 is anything to go by. You can recruit your favourite wrestlers from throughout history, like The Rock, Hulk Hogan, and Becky Lynch, and solve puzzles to perform signature moves. 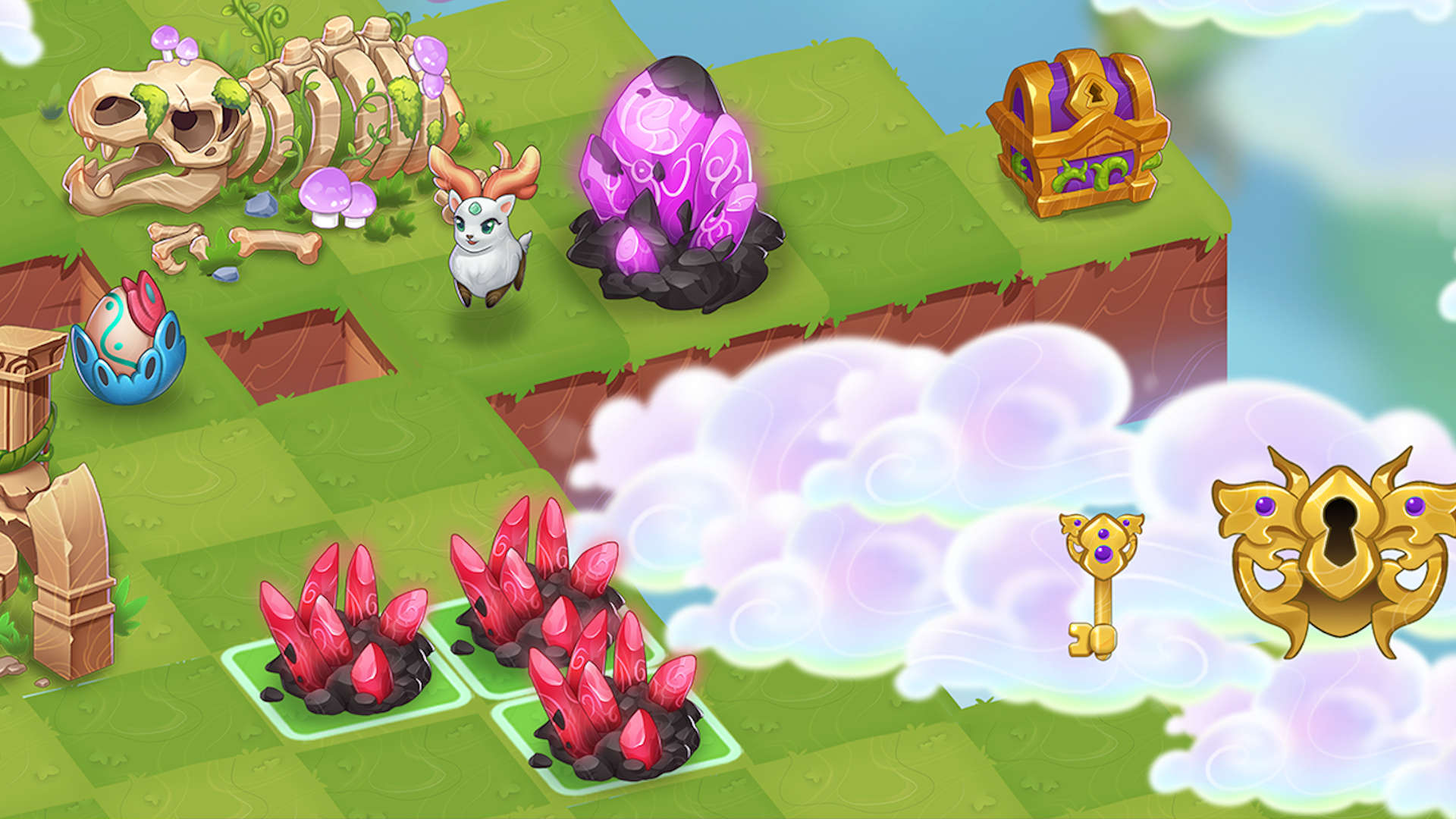 Like to give your brain a workout? Merge Magic is the game for you. The concept is simple: find three of the same object and merge them together, creating a more powerful version. 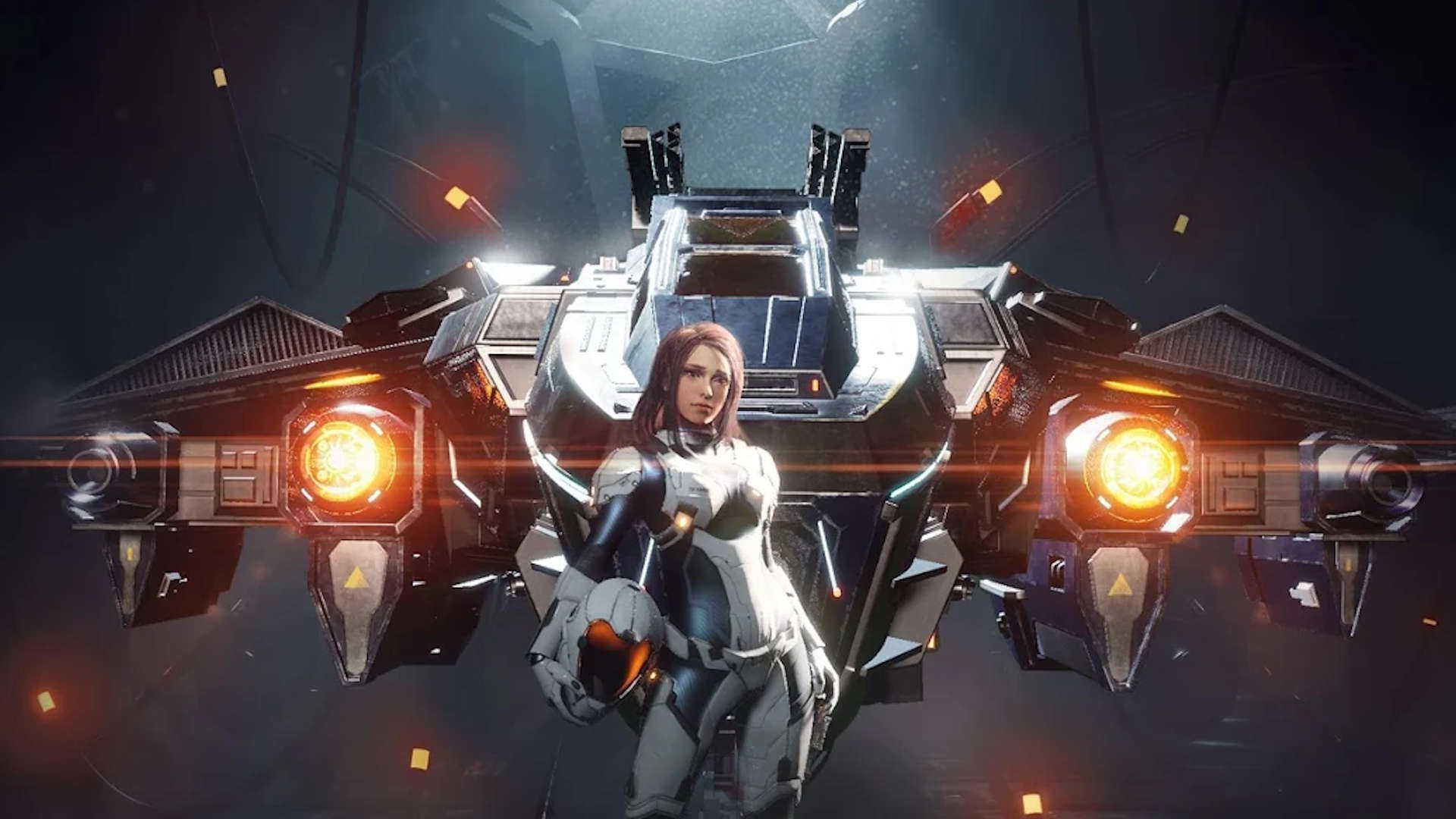 Those who are too impatient to wait for Eve Echoes could do a lot worse than check out Nova Empire. This multiplayer strategy game sees you take to space as you strive to build your own galactic empire. 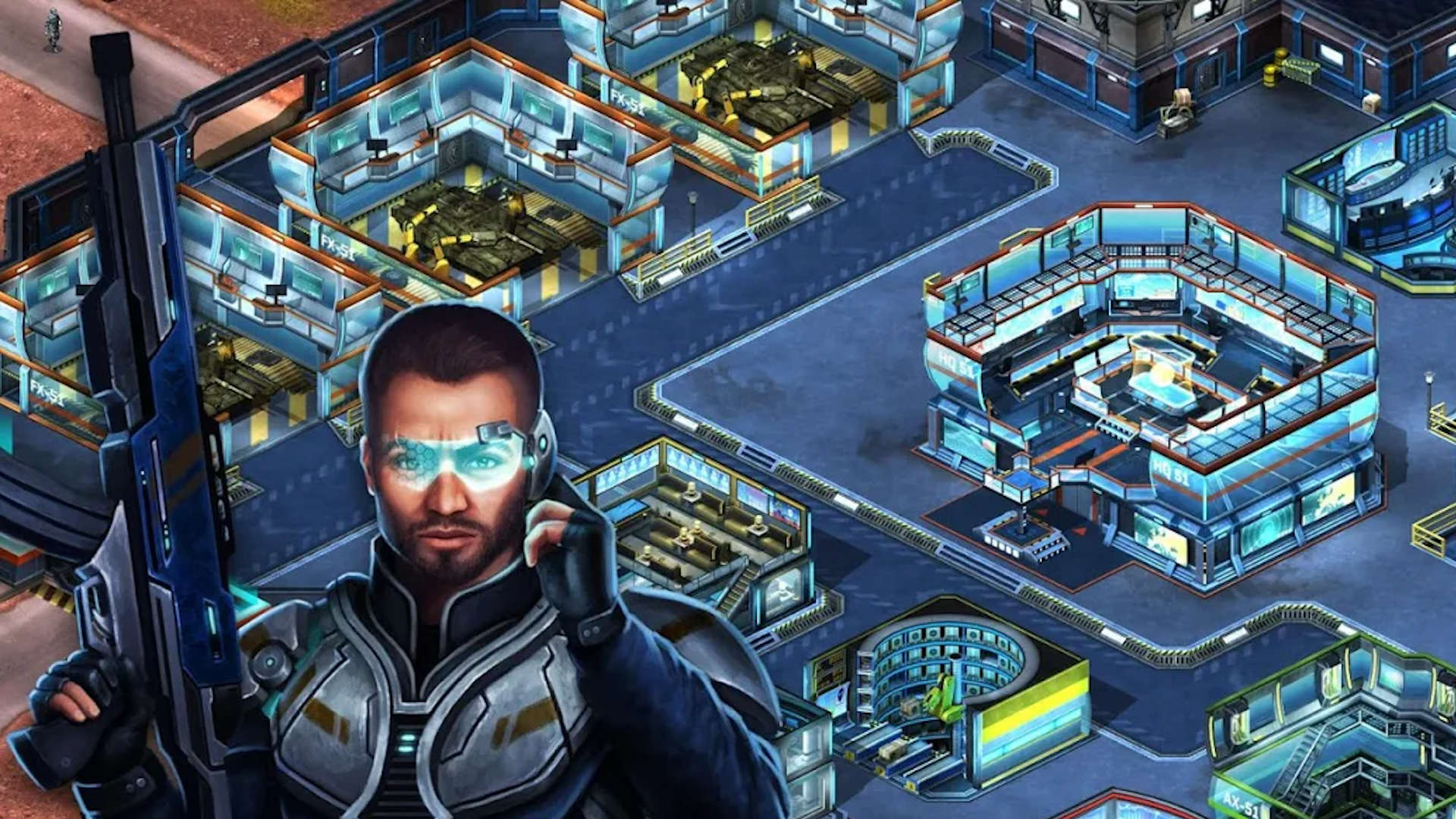 Prefer your sci-fi to take place on Earth? Operation: New Earth is the multiplayer choice for you. This entry sees you desperately trying to defend Earth from hostile alien invaders. 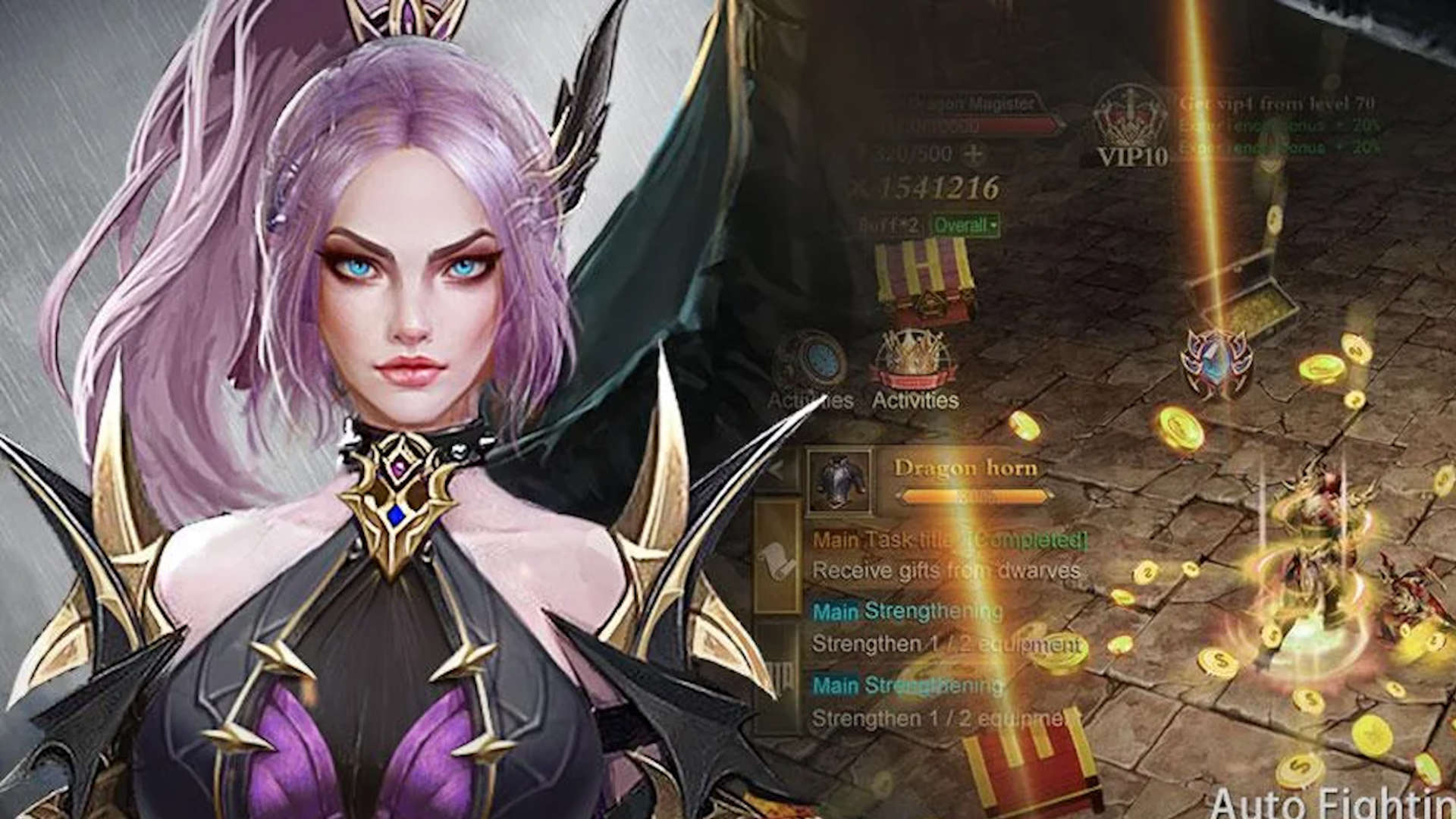 Ever wished you could level your Diablo Immortal character while you’re not actually playing? Well, if that’s you, Dragon Storm Fantasy will appeal to you. This action RPG lets you do just that, logging in occasionally to upgrade your character. 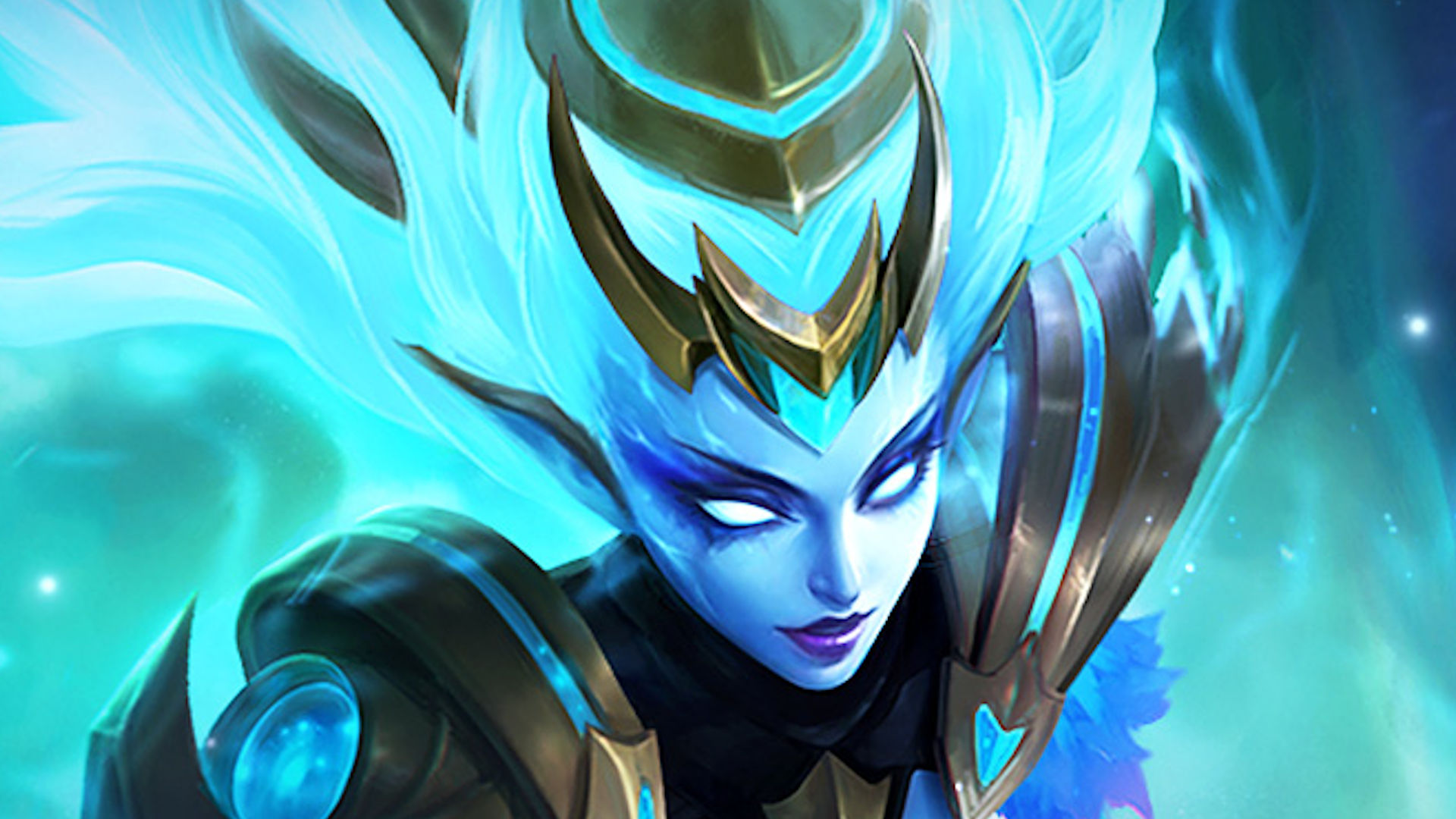 Forget League of Legends: Wild Rift. What you need is Mobile Legends, the biggest MOBA on mobile. With a bunch of characters to collect, each of which rotates weekly for free, and all of the usual MOBA trimmings, there’s plenty here to love. Learn more in our Mobile Legends content: 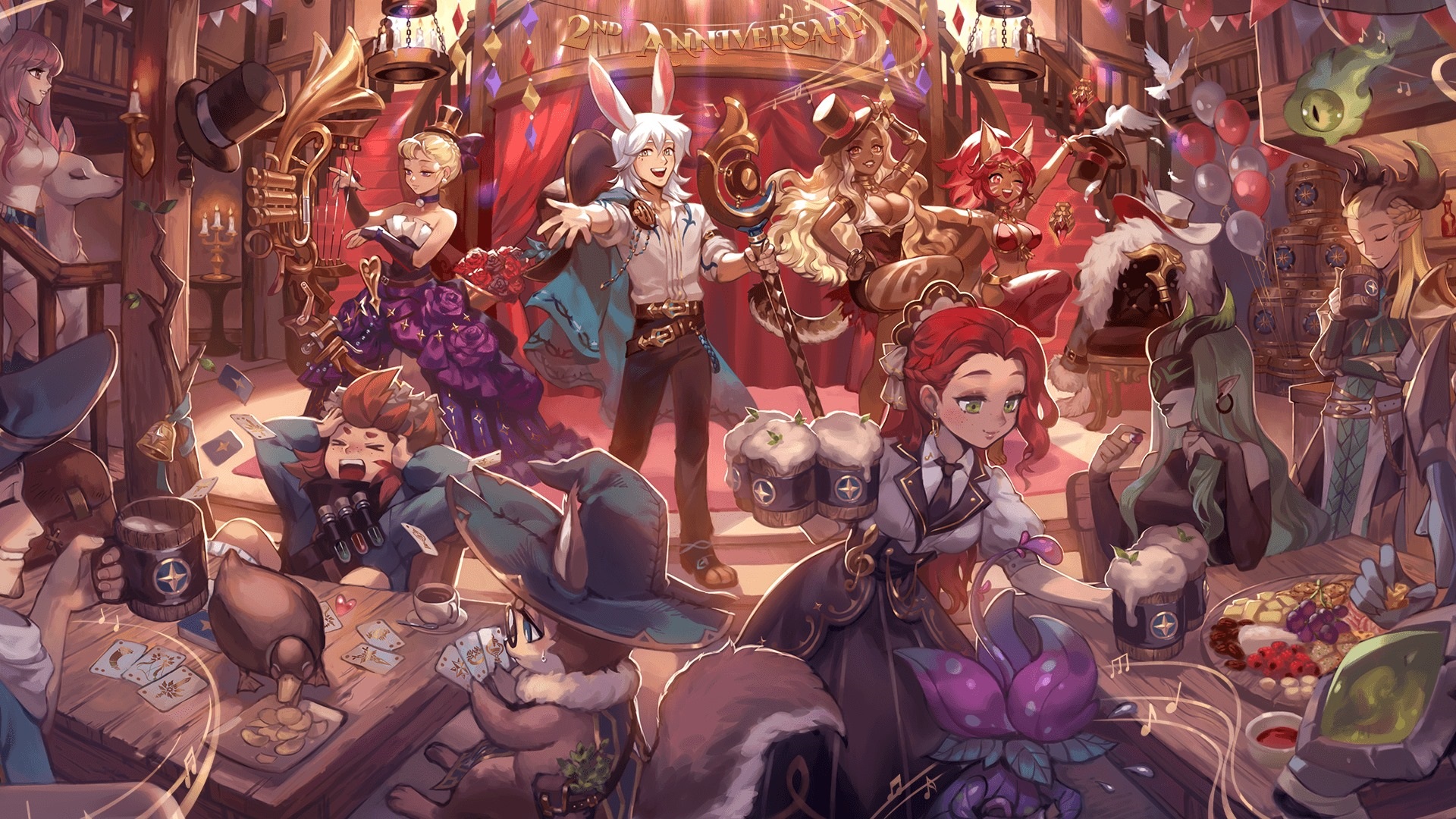 Get it on Bluestacks!

With a gorgeous, hand-painted art style and a friendly free-to-play monetisation model, AFK Arena is one of our favourite Gacha RPGs. It features a wide variety of special events too, which change up the gameplay in interesting ways. Make your adventuring easier by grabbing free goodies in our AFK Arena codes guide.

So, you want to get the BlueStacks app player so you can play Android games on PC? That’s easy. Simply follow these instructions:

Yes, BlueStacks is completely safe. It’s just an emulator that runs an instance of Android on your PC, allowing you to play Android games on PC with enhanced controls and various other features. Think of it as a virtual mobile or tablet and you’re on the right lines.

Is there a BlueStacks offline installer?

If your internet is struggling when downloading BlueStacks, you can grab the offline installer via the following instructions:

Yes, you can still get BlueStacks older versions, which may have improved compatibility with your hardware. The official BlueStacks installer will actually automatically detect the right version for you, and download it automatically.

Alternatively, you can manually fill out the section yourself by heading on over to this page and filling in the fields for ‘Choose from the Other BlueStacks Versions’.

BlueStacks for Mac: is it a thing?

If, for some reason, it doesn’t, you can manually download the Mac software by selecting ‘Mac’ as your operating system on the right-side of the page.

What are the BlueStacks system requirements?