Someone open the curtains, it’s getting dark in here! Dark Pokémon were introduced to Pokémon in the second generation titles Pokémon Gold & Silver, mainly to combat the (at the time) quite overpowered psychic-type. New monsters like Umbreon and Murkrow brought some spooky vibes to the series, and quickly the type became a fan favourite.

So, over twenty years later, it’s time to look at the best dark Pokémon in Pokémon Go. The mobile monster smash has brought more eyes to the series than ever, and we’ll forgive you if haven’t played every game and caught over 900 of the current Pokémon while you’re at it. Seriously though, at least go back and play Heart Gold or Soul Silver.

The Pokémon Go meta is constantly shifting as new creatures get added, but we’ll do our best to narrow down both some of the highest tier attackers like legendary dark monster Darkrai, with some of the other creatures you’re much more likely to encounter. We’re not all level 45 and chasing every raid in the city, so we’re hoping to help every Pokémon player out there. When you’re done here, be sure to check out our other guides for Pokémon Go covering electric Pokémon, fire Pokémon, and the best psychic Pokémon as well.

Alright, let us break down our list of the best dark Pokémon in Pokémon Go. 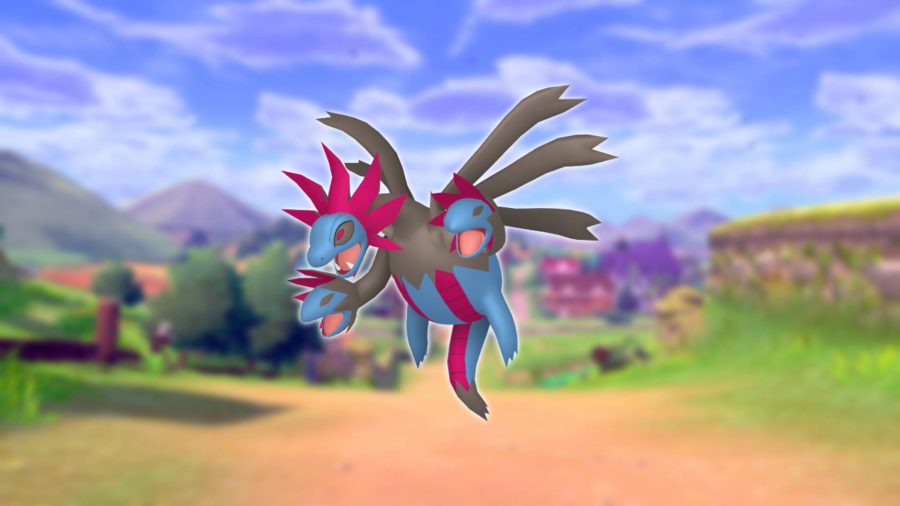 Look at this guy! Few Pokémon really exemplify the dark type like Hydreigon. Its name is a play on the word hydra and the german word for three, drei. Hydreigon is part dark and part dragon, so is a great counter for psychic types like Latios/Latias, Mewtwo, or Lugia.

They have a huge attack stat so are truly something to be feared, make sure you sneak a fighting-type onto your team if this is your foe. Deino are quite hard to come by, so hopefully one day we get a community day focused on them, though I can’t say I’m a fan of Hydreigon’s puke green shiny form… 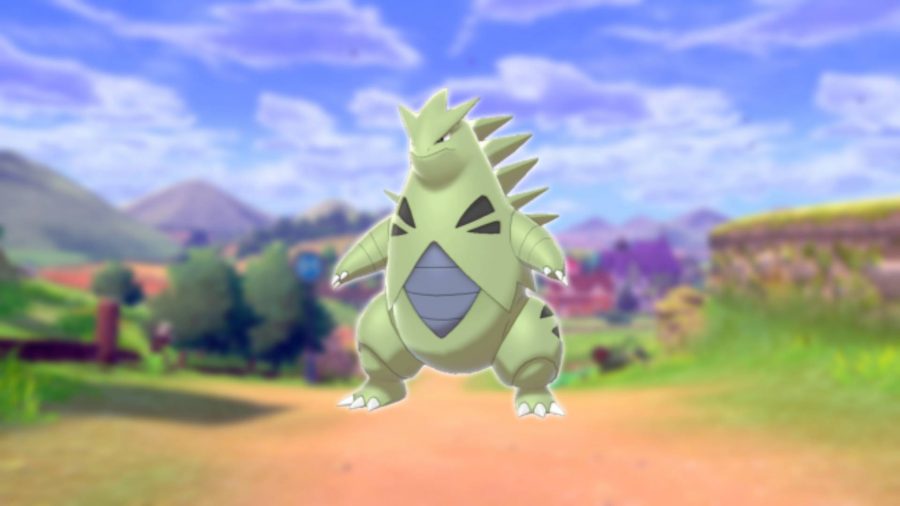 One of the original dark types, Tyranitar has been a huge part of the Pokémon competitive scene for twenty years. Part dark and part rock, Tyranitar utilises devastating moves like earthquake to annihilate its foes.

Sadly the joint typing means that Tyranitar is incredibly weak to fighting type Pokémon, so be careful with opponents like Lucario or Blaziken. Its move pool in Pokémon Go isn’t the widest sadly, so it’s best to use dark types to keep the STAB bonus and utilise Tyranitar’s massive bulk. 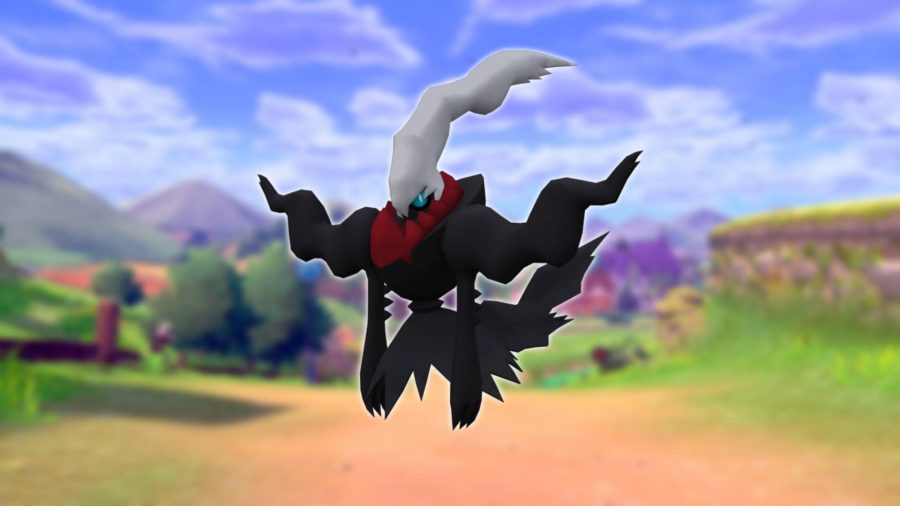 The mythical dark type from Pokémon Diamond and Pearl, Darkrai cuts an imposing silhouette and is said to appear out of the shadows and steal Pokémon. The single typing means it can be frail to other psychic types, but if you equip it with focus blast then Darkrai is a fantastic way to deal with other dark type foes.

They’re occasionally in rotation in the Pokémon Go raids, so there’s a good chance of picking one up. Also, if you’re a die-hard Pokémon fan, Pokémon: The Rise of Darkrai is one of the best Pokémon films outside the original two. Get it watched! 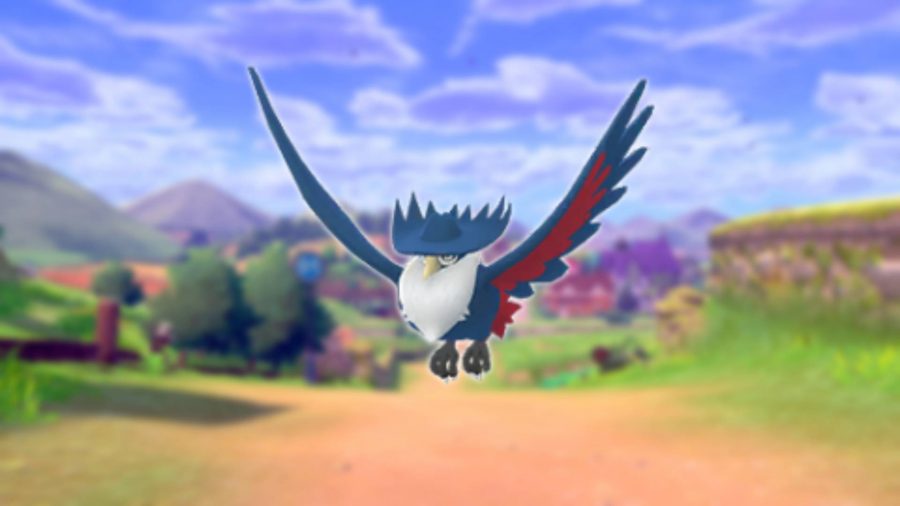 Honchkrow evolves from Murkrow, and you need a Sinnoh stone to make the little critter grow. Being joint dark and flying, Honchkrow manages to get rid of its weakness to fighting. Brave bird rains pure hell on fighting types, bug types, and grass Pokémon.

You’re still going to have to do your best to avoid electric-types, but this is a fantastic dual-type for defence. Also if you’re lucky enough, Honchkrow has a bright pink shiny form that is absolutely adorable. 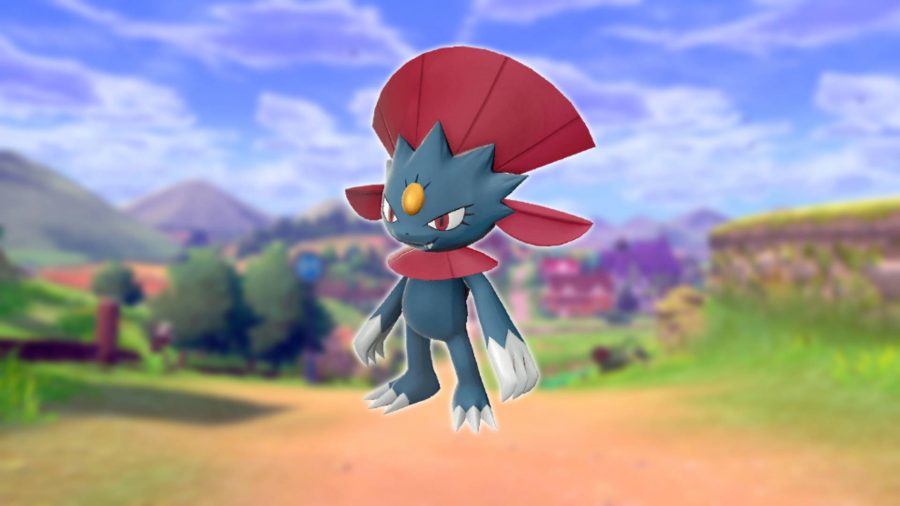 Sneasel and Weavile are some of the coolest Pokémon out there, and not just because they’re dual dark and ice-types. Sadly that typing leaves you open to huge attacks from fighting types, and vulnerable to rock, bug, steel, fairy, and fire.

Big hitters like Lucario are going to really cause you some trouble, but that extra ice typing makes you a real danger to dragon-types, flying Pokémon, and the odd grass-type as well. For some reason, Weavile has a luminous pink and yellow shiny that personally I think is hideous, but it’s also so garish it’s slightly impressive? 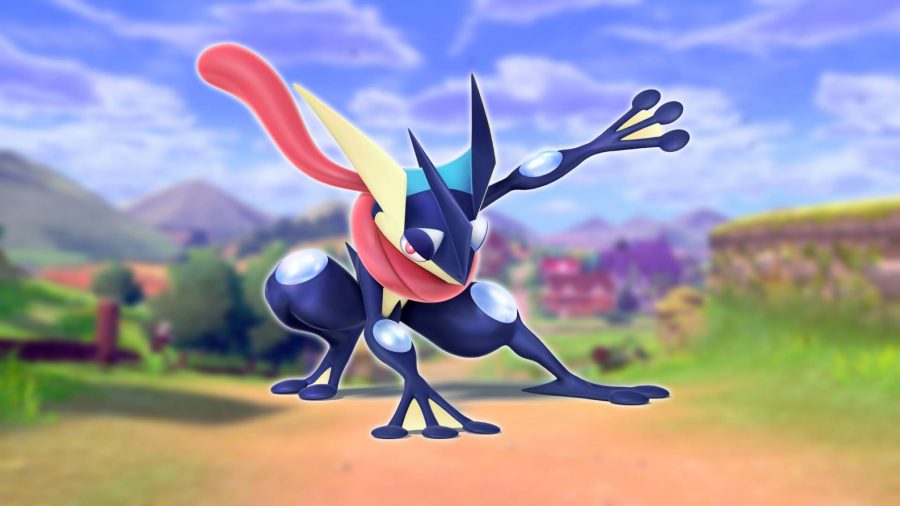 The incredible frog crossed with a ninja, and one of only a handful of Pokémon from Kalos to ever make an impact (don’t @ me its the worst gen), Greninja absolutely rules. They’re so cool in fact that they even have a space on the Super Smash Bros roster, including the cute little amiibo as well.

Greninja is going to really help you with big hitters like Mega Charizard X & Y and Heatran, and you can interchange surf with hydro pump as your main move where you see fit. Hydro pump does a lot more damage but takes some time to charge, so if you’d rather be consistently chipping away, surf is probably the way to go. 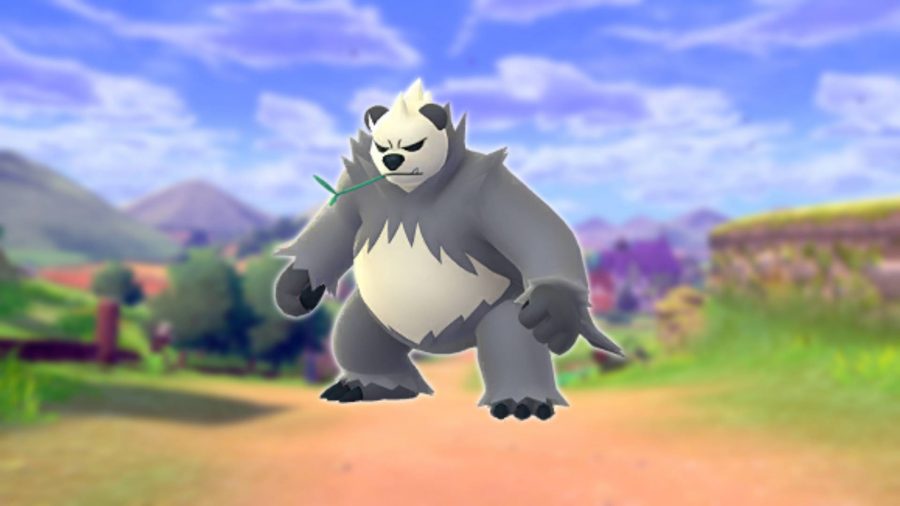 Pangoro, the fighting panda Pokémon, has pretty fantastic dual typing. The fighting and dark combination still leaves Pangoro open to fairy, fighting, and flying sadly. But, it has resistance to psychic, rock, ghost, and dark. This makes Pangoro an amazing threat to Tyranitar, but watch out for fairy threats like Togekiss and Sylveon.

Pangoro isn’t too hard to find, and only takes 50 candy to evolve, so this is a viable option. Also, Pangoro actually has a nice shiny, with warm brown colours that emulate the colour of a red panda. 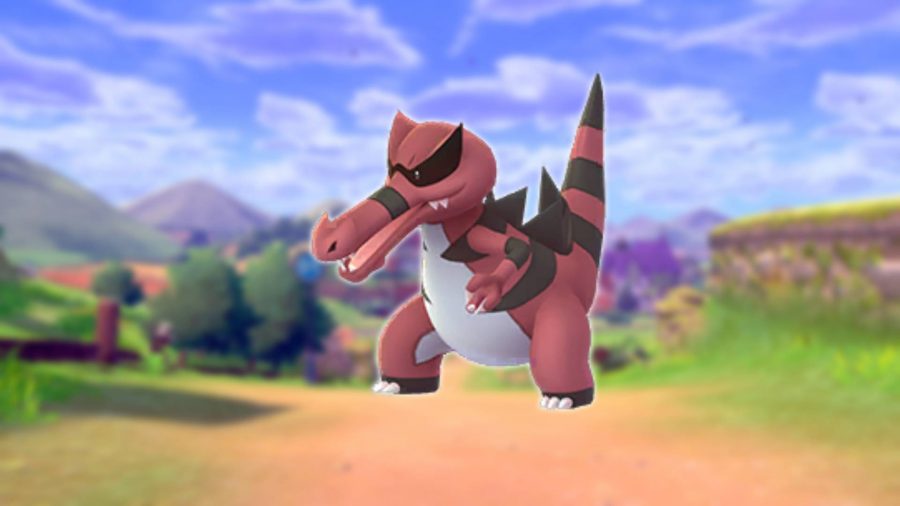 The ground and dark crocodile Pokémon, Krookodile, comes from the incredible generation that came with Pokémon Black & White. They’re red, they’ve got eyes that look like sunglasses, and they mix ground and dark to great effect. Sadly Krookodile does generally live in the shadow of Tyranitar, but its base attack of 229 is nothing to sniff at.

Equip it with earthquake and use Krookodile as a bit of a glass cannon. This is another ‘mon that I hope gets a community day, as they have a really cool brown and yellow shiny that really accentuates its stripes. I just love this guy. 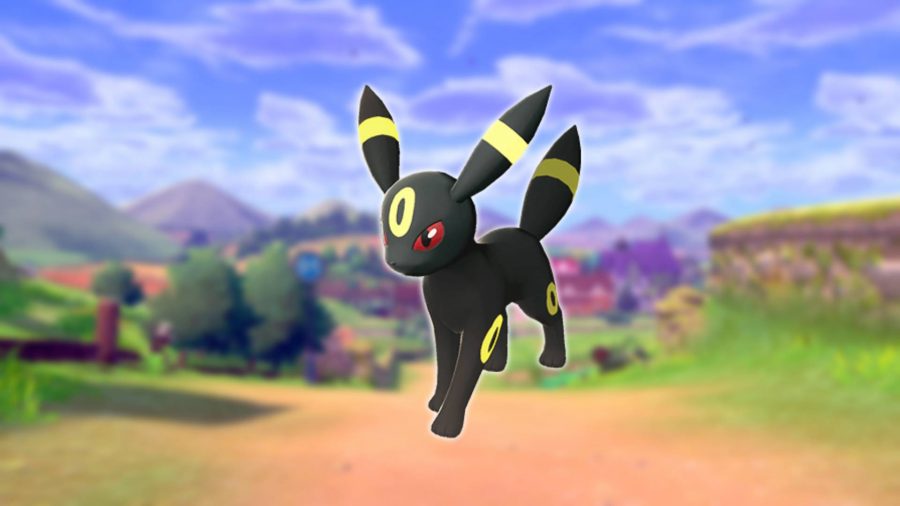 HERE THEY ARE. Confidence, sass, sheer unbridled coolness. Umbreon absolutely rules, and if you don’t agree you can argue with the wall. One of the two new Eevee evolutions introduced in Pokémon Gold & Silver (alongside the also cool Espeon), Umbreon was the flagship dark Pokémon brought in to accompany the introduction of the typing.

It’s pure dark as well, no messing about Its type leaves it fairly open to common threats like Lucario, but it has a huge defence stat, so try to breed one from an Eevee that at least has full defence. Also the shiny has blue stripes, amazing, perfect. 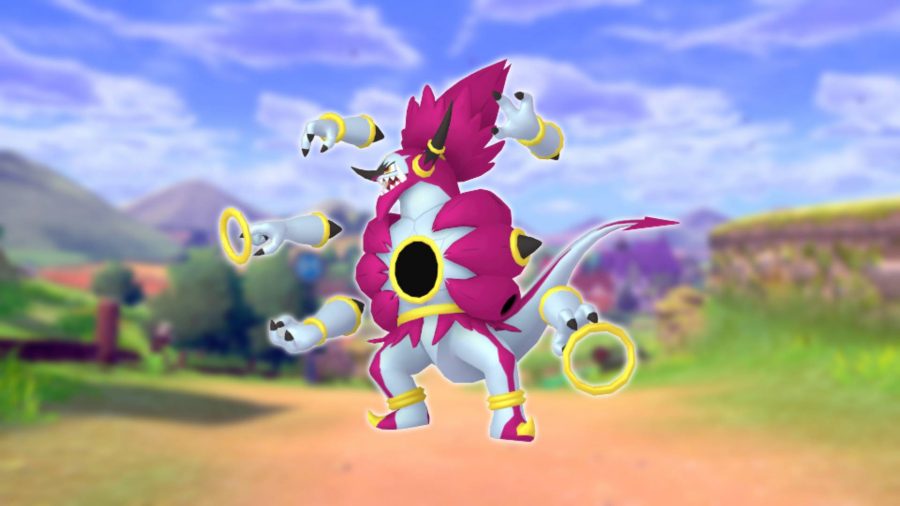 Alright, this one is a bit trickier to hunt down, but if you get your hands on one then Hoopa Unbound is a fantastic Pokémon with great typing. Also in the great pantheon of weird mythical Pokémon, I think Hoopa Unbound actually looks really good. Dual psychic and dark gives fantastic coverage, only leaving it vulnerable to bug and fairy.

While spreading out your type coverage might be a good idea with the moves, you should only really be using psychic-types moves as with the STAB it gives Hoopa a massive boost. They start out at a monster 311 attack, so use Hoopa strategically against bulky ghost types where you need to.

We hope that helps all the Pokémon Go players out there, and if you have any other Pokémon you think need a mention, be sure to let us know on our Twitter account. Then be sure to check out our other guide covering the best water Pokémon for Pokémon Go next.