Though he may be a man of little words, Honkai Star Rail’s Arlan does a stellar job of protecting the interstellar Herta Space Station. Okay, he may not win every battle, but he’s more than willing to put his life on the line to protect those around him, and sees the scars he’s earned as badges of honour, reminding him of his purpose.

But regardless of how brave or skilled the head of the Herta Space Station’s security department is, no one should have to shoulder such responsibility alone. Luckily, with the help of our Honkai Star Rail Arlan build guide, you can help lift some of the weight off his shoulders, by getting familiar with all of his attacks and eidolons, and equipping him with the best light cones and relics. Maybe he’ll even reward you by letting you meet Peppy, his adorable little pup.

Who is Honkai Star Rail’s Arlan?

Honkai Star Rail’s Arlan is the head of Herta Space Station’s security department, and is willing to risk his life to protect the staff on board. He’s stoic, inarticulate, and doesn’t really understand the scientific research being carried out by his fellow space station inhabitants, but he wears his scars like battles of honour, considering them a reminder of his ability to protect everyone. Despite his serious demeanour, he can be seen letting down his guard and cracking a rare smile whenever his little dog Peppy is in his arms.

Arlan is a four-star lightning wielder who treads the path of the Destruction. His English voice actor is Dani Chambers, and his Japanese voice actor is Shiraishi Ryoko.

Herta Space Station | Arlan
"I'm proud of my wounds. They're a reminder of being able to protect everyone."

Arlan is a lightning wielding DPS with high damage and low survivability, and plays the role of a glass cannon in most scenarios. He specialises in taking down single targets, and his skill sees him sacrifice a portion of his HP in order to deal more damage, though he can’t use this skill if his HP is insufficient. His passive also sees his damage increase based on his lost HP.

As such, it’s important to pick the right healer for Arlan’s team. We advise against pairing him up with Honkai Star Rail’s Luocha, as his Abyss Flower skill triggers when an ally falls below 50% HP, which interferes with Arlan’s abilities. Honkai Star Rail’s Natasha is more fitting for the role, as you can control when she heals her allies, and her ultimate is a great emergency button if Arlan’s health falls too low to use his skill.

As of the beta, we recommend prioritising attack, HP, and lightning damage boost stats when building Arlan. The reason we recommend HP is because his buffs and skills are based on a percentage of his max HP rather than a flat rate, so ensuring he has high max HP means he can fall below the required threshold without being at risk of dying in one hit. However, we’re still testing builds, so this is subject to change in the game’s full release.

When it comes to team comps, we recommend pairing him with another DPS and a buffer or support in addition to Honkai Star Rail’s Natasha, but you should avoid keeping him consistently shielded unless his HP is within the required range.

Which light cone should I use for Honkai Star Rail’s Arlan?

The four-star light cone A Secret Vow is tailored to Arlan’s kit, both increasing his flat damage and allowing him to deal extra damage when an enemy has a higher HP percentage than him, which, due to his skills, is likely to be almost always active. However, if you can’t get your hands on A Secret Vow for whatever reason, you can equip him with any light cone that aligns with the path of The Destruction, preferably one that also boosts his attack.

Which relics should I use for Honkai Star Rail’s Arlan?

When it comes to relics, the best set for Arlan as of the beta is the Band of Sizzling Thunder, as it increases his lightning damage and shock damage. For substats, we once again recommend aiming for more attack, HP, and lightning damage. After this, you should ensure that he has a decent crit rate/crit damage ratio and some extra energy restoration. 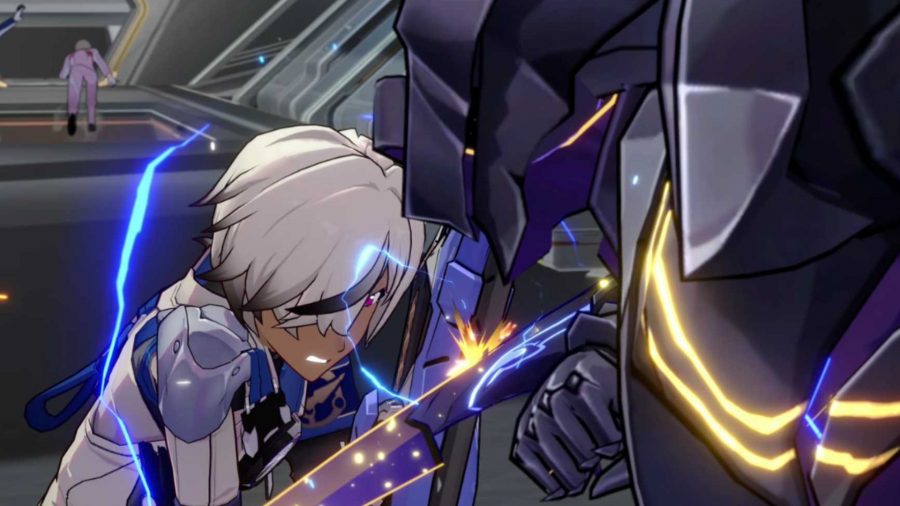 Eidolons in Honkai Star Rail are similar to Genshin Impact’s light cones. They’re unique buffs that you can only unlock by pulling more than one copy of a character. Here are all of Arlan’s eidolons.

That’s everything we’ve got on Honkai Star Rail’s Arlan as of the beta. We’ll be sure to update this guide as soon as the Honkai Star Rail release date rolls around. In the meantime, head over to our list of the best games like Genshin Impact for a fresh new adventure.