We’re always excited to see a new Genshin Impact region, and it looks like Sumeru is our next destination. With the map constantly expanding, there’s always plenty to explore, but this promises to be a pretty hefty update, comparable in size to Liyue or Inazuma.

But what is Genshin Impact’s Sumeru? And when can we expect to explore this fresh area? Well, we’ve gathered all we know about this fresh area here for you, along with the expected Genshin Impact Sumeru release date. However, keep in mind that Mihoyo likes to keep pretty tight-lipped about upcoming content, so most of this information comes from lore and Genshin Impact leaks. We’ll be sure to update this guide when Mihoyo confirms anything.

Here’s everything we know about Genshin Impact’s Sumeru so far.

What is Genshin Impact’s Sumeru?

Sumeru is one of the Seven Nations of Teyvat, and an upcoming region in Genshin Impact, first referenced in the Teyvat Chapter Storyline preview. Due to Reddit leaks, we’ve seen an early build of Sumeru city, which appears to be located in a giant tree.

According to lore, Sumeru is ruled by the dendro archon, who is currently only known as the ‘Lesser Lord Kusanali’, or the God of Wisdom. She’s the youngest among the Seven, having taken the role of archon after the death of the God of the Woods during the Cataclysm, about 500 years before the events of the game. That may sound like quite some time ago, but when we consider Genshin Impact’s Zhongli is 6,000 years old, it’s a pretty small number.

Sumeru is known as the centre of knowledge, and is home to the well-renowned Sumeru Acadamia, the leading school of arcane arts and historical records, and the most prestigious institute in all of Teyvat. You’ve likely bumped into a few Sumeran scholars while exploring Inazuma lately, and Genshin Impact’s Lisa actually studied among their ranks.

Genshin Impact’s Dainsleif describes Sumeru as a desert, whereas Liben says it is ‘all rainforest and desert’. This aligns with what we’ve seen from the leaked designs of Sumeru city and Genshin Impact Cyno’s outfit. Due to the climate, character and place names, and costume designs, we believe Sumeru will be based on Middle-Eastern or South-Asian culture.

Where is Genshin Impact’s Sumeru?

While we don’t know an exact location yet, several voicelines in the game allude to Genshin Impact’s Chasm linking Liyue to Sumeru, so we can presume that it will be to the West of Liyue. 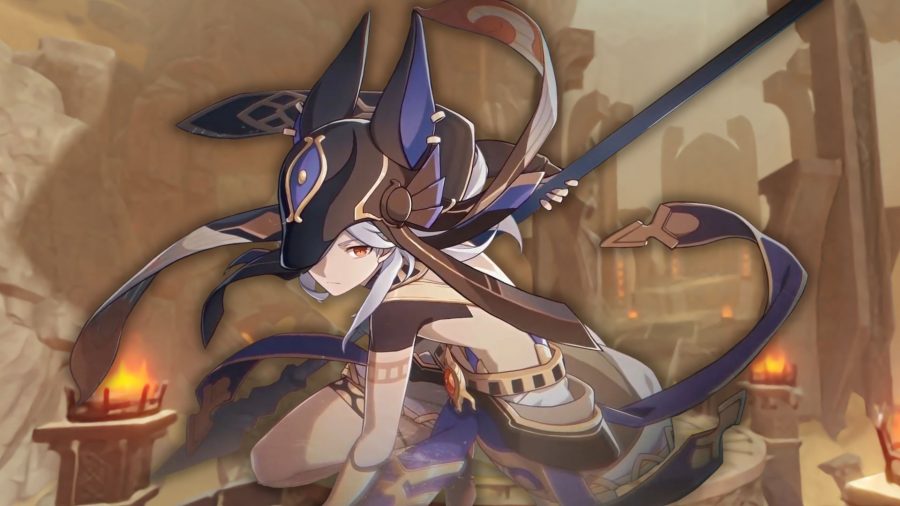 When is the Genshin Impact Sumeru be release date?

In the Teyvat Chapter Storyline, Sumeru is shown to be the focus of the third chapter, after Inazuma. This means we’ll likely see Sumeru in the next large update. While we’re not sure how many more updates chapter two will have, we know that Enkanomiya is the last Inazuman island Mihoyo intends to release, and many Genshin Impact leaks suggest that Genshin Impact’s Chasm is coming in the next few updates. As stated above, the Chasm is believed to be the link between Liyue and Sumeru, suggesting we don’t have long to wait until Sumeru is finally put on the map.

Along with the new region, we expect the introduction of the new dendro element to align with the Sumeru’s archon. Plenty of Genshin Impact leaks have pointed to both Genshin Impact’s Yaoyao and Genshin Impact’s Baizhu as future playable dendro characters, so it’s likely they’ll join us in our journey to the new area.

That’s everything we know about Genshin Impact’s Sumeru for now. While you wait for the new region to release, head over to our list of the best games like Genshin Impact to find something new to play.